‘Get off the f***ing road’: Woman with cerebral palsy left ‘shaking with shock’ after being screamed at by a driver while attempting to access a wheelchair ramp

An Australian woman with cerebral palsy has been left ‘shocked and shaken’ after being screamed at by a shopper as she travelled through a car park in a wheelchair.

Briana Condon, from Brisbane, was on a grocery shopping trip with her friend Bella Busine and attempting to access a wheelchair ramp via the supermarket’s internal car park when they had the ‘appalling’ encounter.

‘There are three ramps to enter the shops. Two are far too steep to be used so we take the third. All three enter you into the car park. It isn’t long to walk through the car park and we try to go quickly and stay to the left,’ Ms Busine recalled. 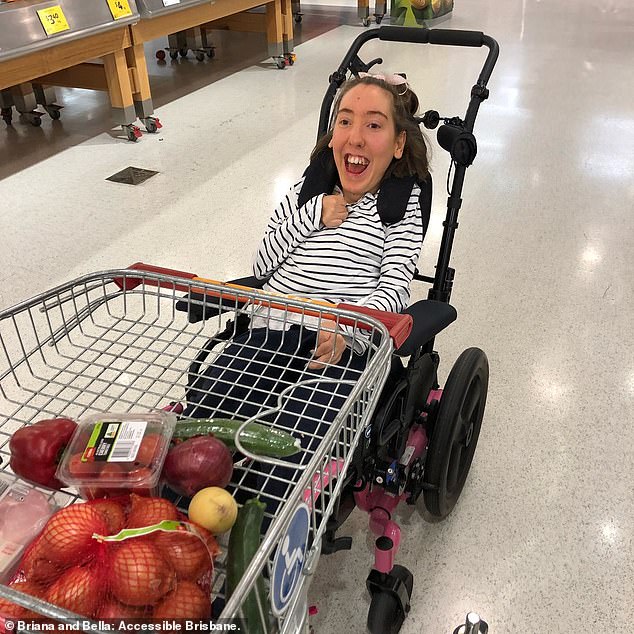 Briana Condon (pictured), from Brisbane, was on a grocery shopping trip when she and her friend Bella Busine were abused by a passing driver in the supermarket’s car park

‘Most people are considerate. It’s not ideal, I recognise, but so many things are not ideal when you’re a wheelchair user and you have no choice. We have done it many times before with no issues.

‘Today, someone was beyond inconsiderate. They chose to beep the horn (so loudly it could have caused a seizure) and to yell at us through the window ‘to stay on the (non-existent) foot path’ and to “get off the f***ing road”. ‘

Ms Busine said she was ‘taken aback’ and that they were both left ‘shaking with shock’.

Ms Busine explained she and Ms Condon don’t currently have a car and needed to go to the shops for some food so they travelled to the closest supermarket on foot from their home.

‘It isn’t easy. It is hot. But it is necessary and gives us a break from being at home.’

Ms Busine said she and Ms Condon rarely had negative interactions with members of the public so this particular woman’s behaviour left them feeling angry and upset.

‘I am angry. I wanted to talk to her and ask her why she felt the need to be so rude, but amazingly I couldn’t find her again. The one time we nearly did find her and she saw us – she suddenly turned and fled back to her car and left,’ Ms Busine said. 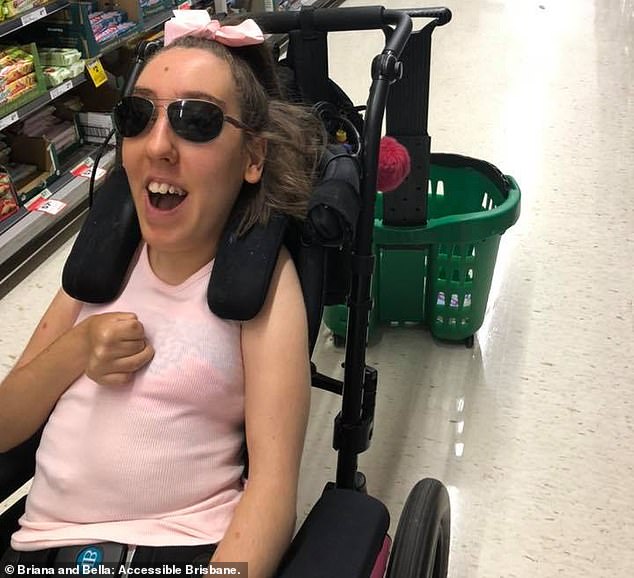 ‘It is amazing how brave people can be behind keyboards or when they think they have a getaway. I can only hope she felt some level of guilt from what she had done.’

The women said they didn’t wish to name the shopping centre where the incident took place but wanted to speak out about it to draw attention to the issue.

‘What did she hope to achieve by her act? Briana didn’t suddenly have the ability to jump out of her wheelchair and spring to the shops. A footpath didn’t magically appear. We didn’t instantly have a working car,’ Ms Busine said.

‘You don’t know the challenges an individual faces. You don’t know what it’s taken them to get there. And if you somehow feel you do know then have some empathy and patience.’ 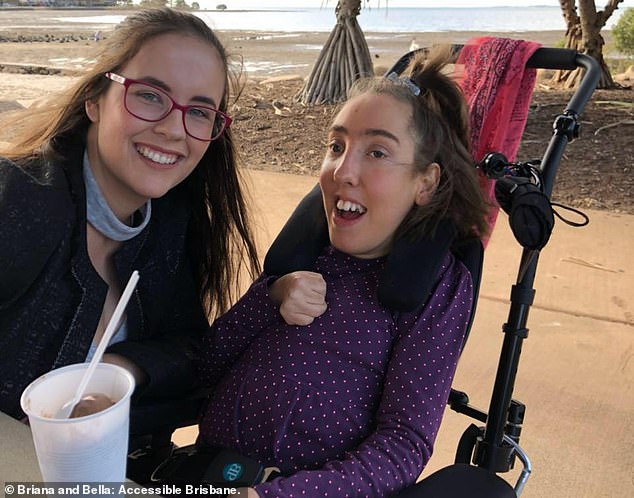 The pair run Briana and Bella: Accessible Brisbane – a website and Facebook page that promotes inclusiveness and accessibility for people with disabilities.

Since sharing details about the incident, the duo has been swamped by an outpouring of support.

One woman wrote: ‘Some people really need to take a good hard look at themselves. What an impatient, rude woman.’

‘Disgusting behaviour by people who seemingly have no care for others. I hope this is not a regular occurrence,’ another added.

‘Good on you ladies living your lives,’ wrote a third, ‘raising awareness of the need to improve accessibility for all.

‘Most importantly helping us be better informed, better aware and more compassionate and helpful members of our communities.’