A former college athlete has revealed what it was like to suffer a heart attack at just 21 years old.

Several years ago, Molly Schroeder was a healthy student at St. Norbert College near Green Bay, Wisconsin. She enjoyed regularly playing soccer, and never imagined she’d experience such a serious health condition at such a young age.

In fact, the now-28-year-old, who volunteers for the American Heart Association’s Go Red for Women, initially thought she was having a panic attack when she sought medical attention for her symptoms. 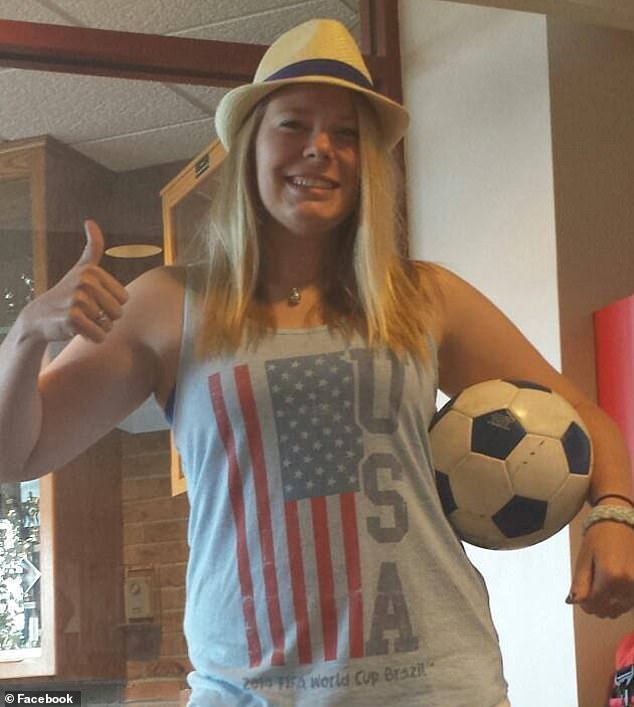 Devastating: Molly Schroeder (pictured), 28, had a heart attack when she was just 21 years old and attending college at St. Norbert College, near Green Bay, Wisconsin 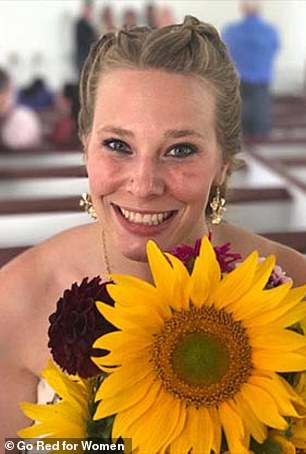 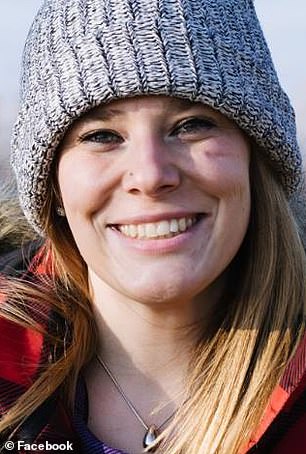 Traumatic: Molly, an avid soccer player during college, recalls coming home to her apartment after a run on Friday, September 14, 2012, and beginning to feel unwell 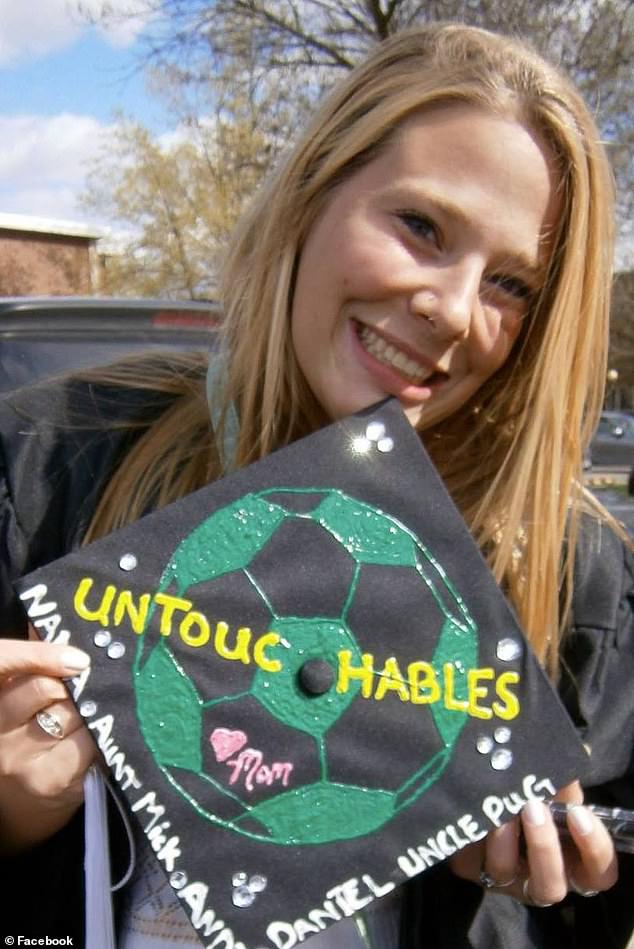 Student: Pictured just months after the incident in July 2013, Molly had been studying Communications with emphasis on media at St. Norbert College, near Green Bay, Wisconsin

A number of weeks before Molly’s incident, her mother had passed away as a result of a pulmonary embolism — a condition in which one or more arteries in the lungs gets blocked by a blood clot.

Her mother had battled cardiomyopathy for over ten years, and also suffered with high blood pressure, both of which added to her risk.

However, Molly, who is originally from Sturgeon Bay, Wisconsin, never anticipated that she might have been headed for a heart attack when she returned to college six weeks after her mother passed away.

Possible symptoms of a heart attack in women

3. Pain in one or both arms

Detailing her story on Go Red for Women, she said that she had been out for a run and was relaxing in her apartment when she began feeling strange.

According to Glamour, Molly wanted to do a workout before her soccer practice, which she knew wouldn’t be as intense as usual due to an upcoming game on September 14, 2012.

When she returned home at around 2:30pm, she was ‘goofing around’ in her apartment and all seemed fine at first.

She said: ‘I was pretending to be a ballerina, leaping around the room, when suddenly I took a deep breath in and got a weird feeling in my chest.

‘It was more annoying than anything else and I could only feel it when I exhaled.

‘I could feel the blood draining from my face. I was nauseous, lightheaded, sweating, and it felt like my arms were asleep — like I had tight bracelets around my arms

‘There was a squeezing feeling in my chest and it felt like someone was putting a dagger in my heart,’ she explained. 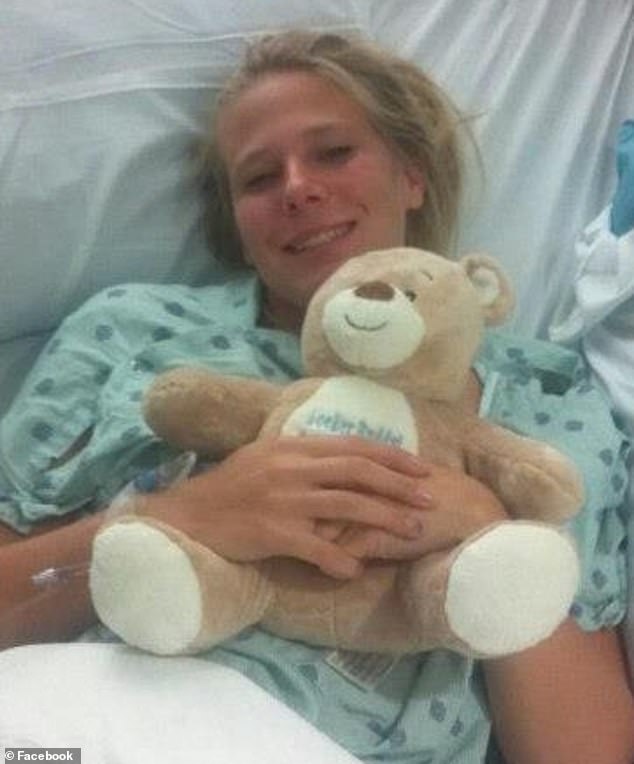 Scary: Molly was taken to the hospital by her roommates, where doctors discovered that she was suffering a heart attack 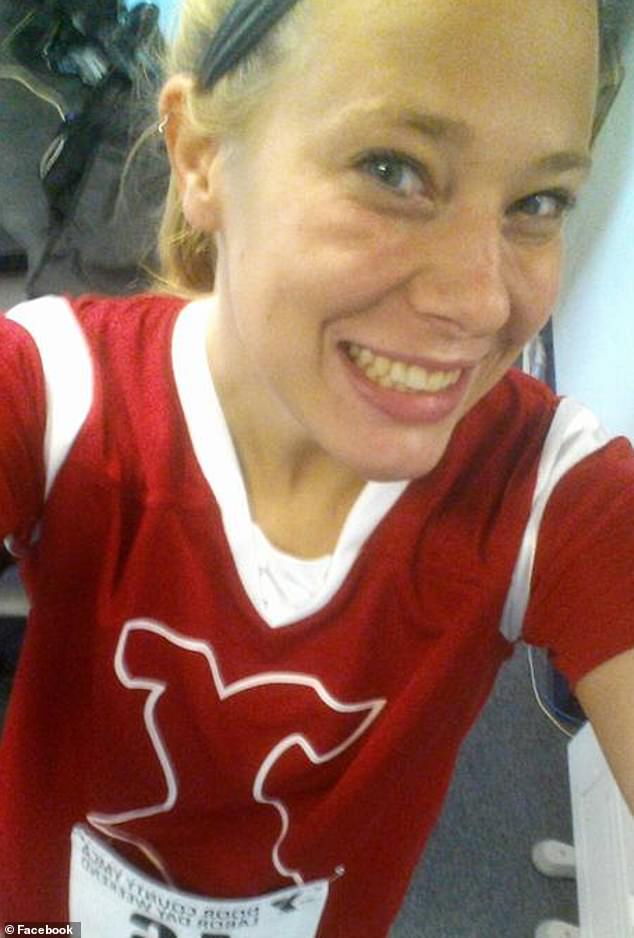 Shocked: Doctors discovered a hole in Molly’s heart that she thought had closed up years ago. It was still open, and she also had a genetic blood-clotting disorder

She also said that although she was sweating, she was actually freezing cold. She found her head feeling foggy, too, as she tried to process what was happening to her at the time.

‘I thought I was having a panic attack because it was so soon after losing my mom,’ she explained. 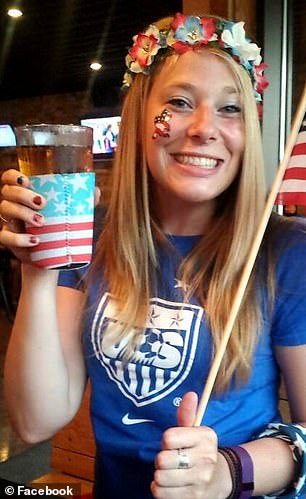 Changes: Because of the hole in her heart and the genetic blood-clotting disorder, Molly was told to give up playing soccer

After calling her father in panic, Molly headed for the hospital with her roommates as her symptoms worsened.

When she arrived at the ER, a nurse carried out an EKG, which records the electrical signals of the heart, and discovered that she might be experiencing a heart attack.

Next, doctors discovered that a blood clot had caused a 90 per cent blockage in one of her main coronary arteries.

She was given medication to help treat the blood clot, before undergoing cardiac rehab.

Molly recalls being in a ‘daze’ and asking her roommates to text her soccer coach.

She said: ‘I was so concerned about missing soccer practice because if I missed practice, I likely wouldn’t be able to play in the upcoming weekend’s game.’

However, playing a game of soccer was the last thing Molly should have been concerned about.

While doctors were researching how the heart attack might have been caused, they discovered something interesting.

Molly explained her mother’s medical history to them, before revealing that she used to have a small ‘hole’ in her heart, which she thought had closed up. 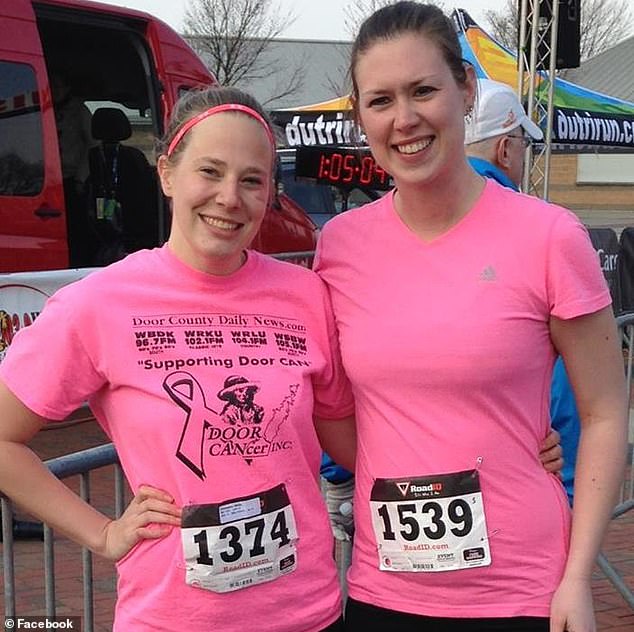 Positive mindset: As she wasn’t able to continue playing soccer, Molly turned to running, walking and hiking — exercises with which she could keep her heart rate low

‘I explained my mom’s cardiomyopathy and how I used to have a hole in my heart but it closed,’ she said.

This caused doctors to take a better look, after which they discovered that the hole was still in Molly’s heart.

Doctors discovered that a blood clot had traveled through the hole in her heart into one of her main arteries. 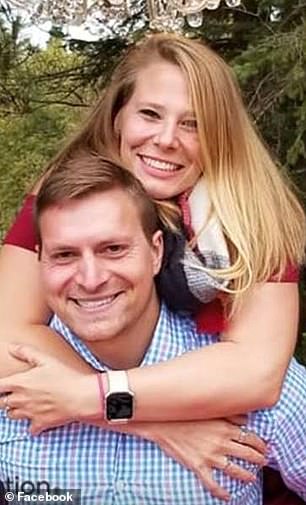 Good cause: Pictured with her partner, Molly now volunteers for the American Heart Association’s Go Red for Women — which aims to raise awareness of the issue of women and heart disease

And things worsened when, upon further testing by doctors, it was revealed she had a genetic blood-clotting disorder — which explained the heart attack.

Unfortunately for Molly, the condition meant that she would have to give up soccer. Therefore, she turned to running, walking and hiking — exercises during which she could keep her heart rate below 170 to avoid unnecessary strain.

According to Fox News, Molly said her entire life changed at such a young age.

She said: ‘My whole life had changed, and at 21 I learned how fragile life is.

‘I already learned that after losing my mom so young, but it really hit me that I was not Wonder Woman. I had a couple dents in my shield,’ she added.

Molly now volunteers for the American Heart Association’s Go Red for Women, which aims to encourage awareness of the issue of women and heart disease.

She said: ‘Instead they may experience shortness of breath, pressure or pain in the lower chest or upper abdomen, dizziness, lightheadedness or fainting, upper back pressure or extreme fatigue.

According to Centers for Disease Control and Protection (CDC), heart disease is the leading cause of death of women in the U.S.

It was reported that a total of 289,758 women died from heart disease in 2013, and approximately 63 per cent of woman who die suddenly from the disease have no previous symptoms.

Heart disease is the leading cause of death for African American and white women in the United States. Among Hispanic women, heart disease and cancer cause roughly the same number of deaths each year, according to CDC.

For American Indian or Alaska Native and Asian or Pacific Islander women, heart disease is second only to cancer.