A woman jokingly asked her Tinder match to submit a résumé in order to be her date at her sister’s wedding that’s coming up — and was shocked when he gamely complied.

Delaynie Marie matched with a man named Nate on Tinder last year and humorously requested a ‘formal résumé’ from him before going further.

Much to her surprise, Nate took the time to write out all of his qualifications, which included that he is handsome and a ‘decent conversationalist.’ 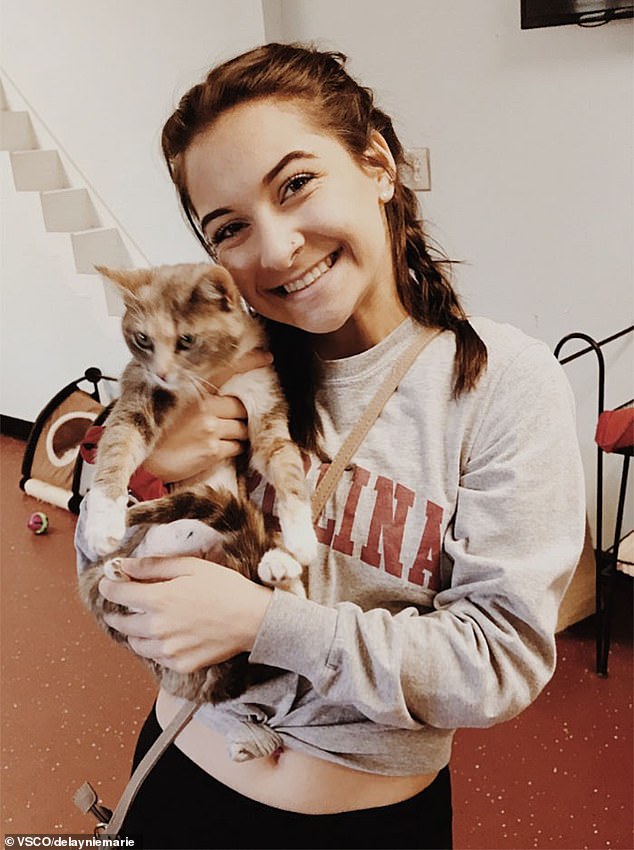 Incredible: A woman named Delaynie Marie asked a Tinder match named Nate to submit a résumé to be her date

Revealed: During the interaction, she jokingly asked Nate to submit a résumé to her email 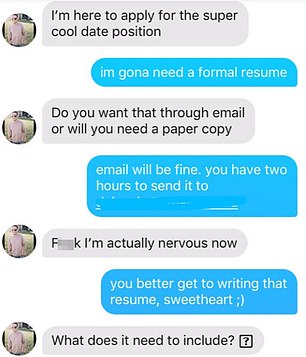 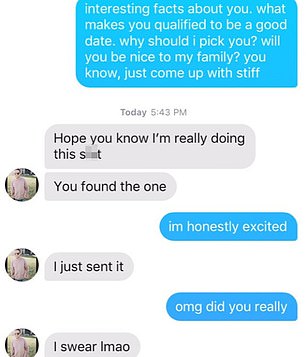 Hilarious: She said the résumé was for the chance for him to go to her sister’s wedding, and Nate complied by sending one to her email

Finding the whole thing quite funny, Delaynie tweeted screenshots of the exchange for her followers.

‘So as a joke, I told this guy I needed a formal resume on why he would be a good date to my sister’s wedding. This happened…’ she wrote.

It seems that the résumé may have been in Delaynie’s profile, since the first message from Nate is: ‘I’m here to apply for the super cool date position.’

‘Do you want that through email or will you need a paper copy?’ Nate asked.

To continue the joke, Delaynie told him he could submit the résumé to her email within two hours so she could review.

‘You better get to writing that resume, sweetheart,’ Delaynie wrote while also including a list of what she expected in the résumé. This list of requirements included interesting facts, qualifications ‘to be a good date,’ and why Delaynie should pick him.

Surprisingly, Nate did submit a résumé to Delaynie’s email after she requested it.

For the objective, Nate wrote: ‘To be the super cool date to Delaynie’s sister’s wedding.’ 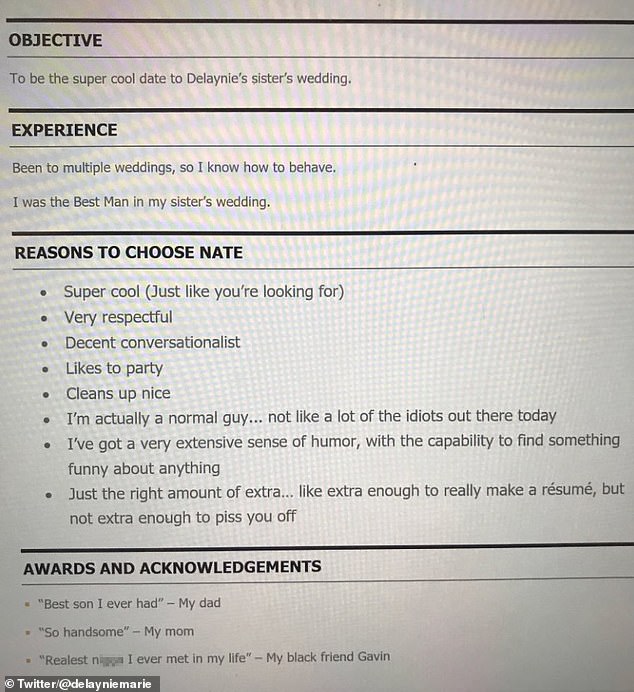 Qualified: Included in the résumé (pictured) was a list of reasons why Delaynie should choose Nate and awards he has received from people close to him

Exciting: Shortly after posting, Delaynie updated followers to inform them that Nate would be going to the wedding 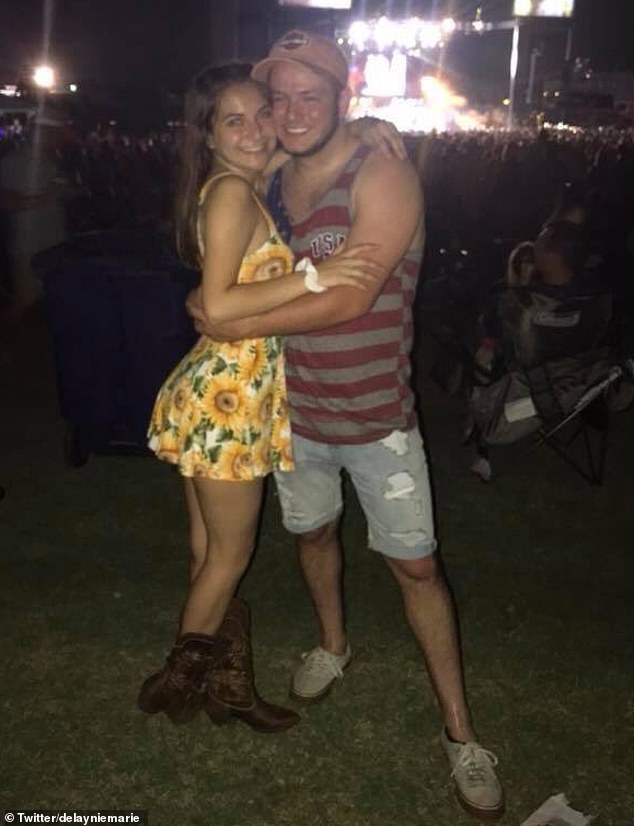 Cute: The couple went on several dates but ultimately did not go to the wedding together

He also listed his experience as being a wedding guest at other events and also earning the role as Best Man at his brother’s wedding. 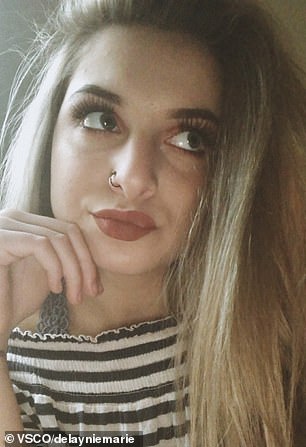 Disappointing: ‘We’ve never officially been a couple but we hang out and go on dates occasionally, and we like it that way,’ Nate said

Besides his experience, Nate also listed a number of reasons why Delaynie should choose him including that he was a ‘decent conversationalist.’ He also wrote he ‘cleans up nice’ and has a ‘very extensive sense of humor.’

The final section of the résumé included awards and achievement Nate received from people close to him.

Nate’s father listed him as the ‘best son’ while his mother described him as ‘very handsome.

His ‘black friend Gavin’ then said Nate was ‘the realest n**** I ever met in my life’.

The résumé won over Delaynie and the pair went on a few dates. Delaynie even said they planned on attending her sister’s wedding together last October.

But Nate later told Bored Panda that he ended up not going to the wedding with Delaynie.

‘My first impression was that she’s super outgoing and extremely fun to be around, it hasn’t changed even a little,’ he said.

‘We’ve never officially been a couple but we hang out and go on dates occasionally, and we like it that way.’