A mother has called her five children miracles after doctors told her it was unlikely she would ever conceive.

Cheryl Dodd, 37, of Shropshire, was diagnosed with polycystic ovary syndrome when she was 19.

The condition can leave woman struggling to become pregnant due to cysts on their ovaries and an imbalance of hormones.

Doctors prescribed medication to stimulate Ms Dodd’s eggs, however, it did not work, leaving her considering adoption with her ex-husband Neil Sutton.

Two years later, at 21, the shop assistant took a pregnancy test as moral support for a friend, and was shocked to see a positive result.

Ms Dodd, who is now single, went on to have a healthy brood over the next 15 years without any medical assistance. 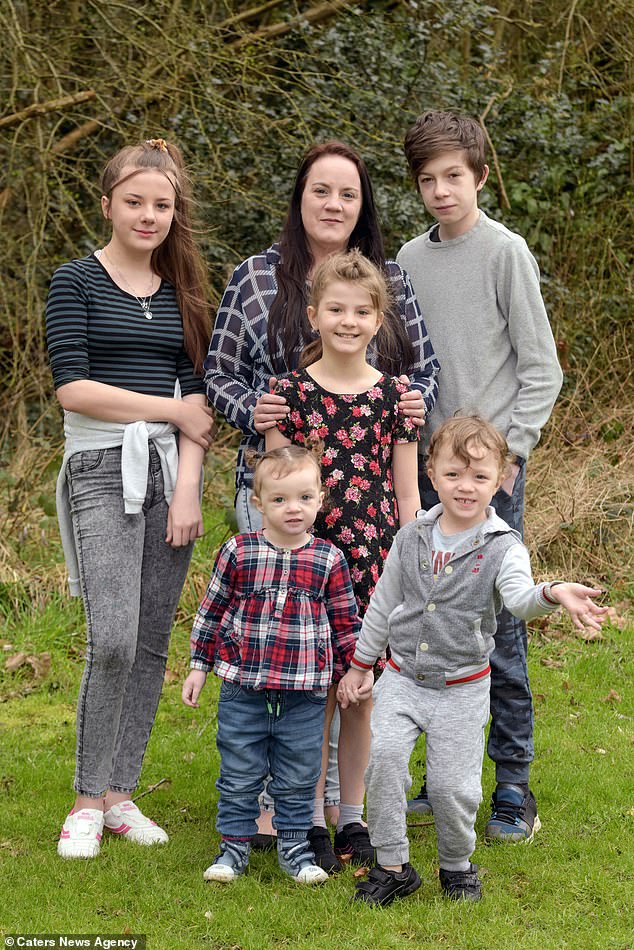 A mother has described her five children as ‘miracles’ after doctors told her it was unlikely she would ever conceive. She is pictured in the centre with her children (left-to-right) Ellie-Jayne Dodd-Sutton, 13, Elizabeth-Ann Hopkins, two, Annabelle Dodd-Sutton, nine, Harry Dodd-Sutton, 14 and Freddie Hopkins, four 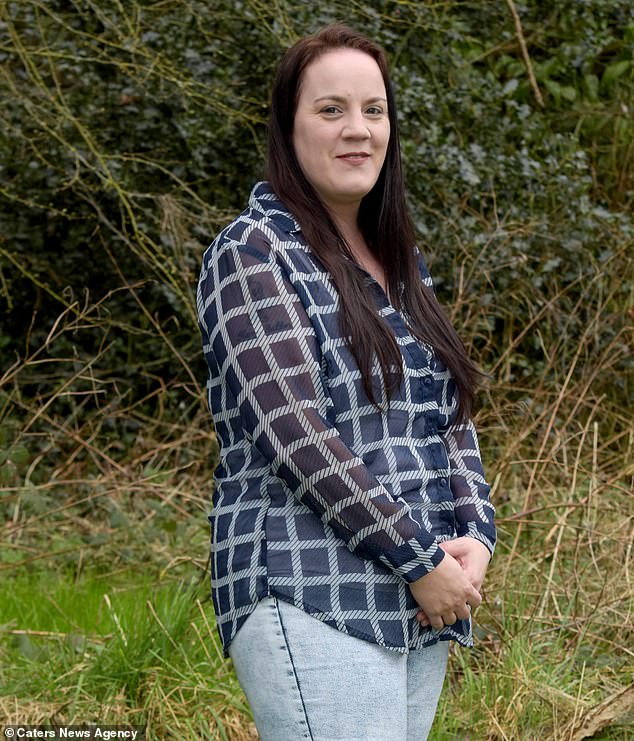 Ms Dodd, 37, was diagnosed with polycystic ovary syndrome when she was 19 years old, leaving her devastated at the prospect of not having children 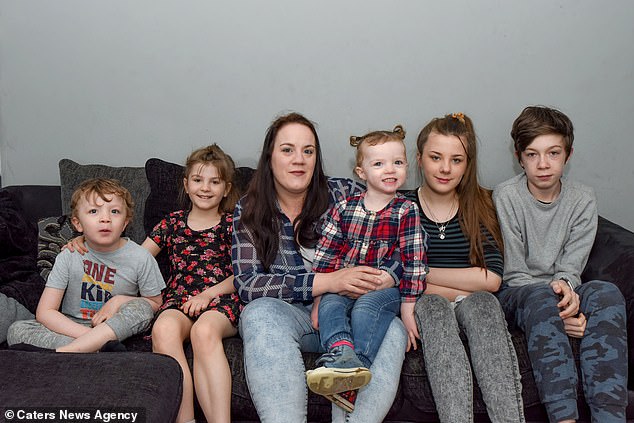 The single mother had been considering adoption before her first pregnancy. She is pictured, with her children at their home in Telford, Shropshire

‘When doctors told me I couldn’t have kids I was devastated – I always assumed I’d be a mum,’ she said.

WHAT ARE THE RISK FACTORS FOR POLYCYSTIC OVARIAN SYNDROME?

The condition is marked by chronic ovarian cysts, which are fluid-filled sacs that can form if a follicle fails to deposit an egg.

While any woman can get ovarian cysts, those with PCOS also have elevated levels of the male hormone, androgen.

Scientists do not know what causes this endocrine abnormality, but it often coincides with obesity and insulin resistance.

Yet, like many aspects of PCOS, obesity contribute to the development of PCOS, or the relationship may go in the opposite direction, such that PCOS causes weight gain.

‘I was told it would be very unlikely for me to have children naturally and despite having the IVF option, it was still very unlikely.’

Woman with PCOS often have cysts on their fallopian tubes that contain immature eggs.

The hormonal imbalance of PCOS interferes with their periods, as well as the growth and release of eggs from the ovaries.

With treatment, most women with PCOS are able to get pregnant.

The condition affects around ten per cent of women in the UK and 12 per cent in the US.

Ms Dodd was diganosed after having internal scans at a fertility clinic at 19.

She had experienced no symptoms of PCOS beforehand but had been struggling to conceive with her now ex-husband.

Doctors told her she would never be able to conceive naturally and was prescribed Clomid for a few months.

The drug encourages the monthly release of an egg in women who do not ovulate regularly, but it did not work for Ms Dodd. 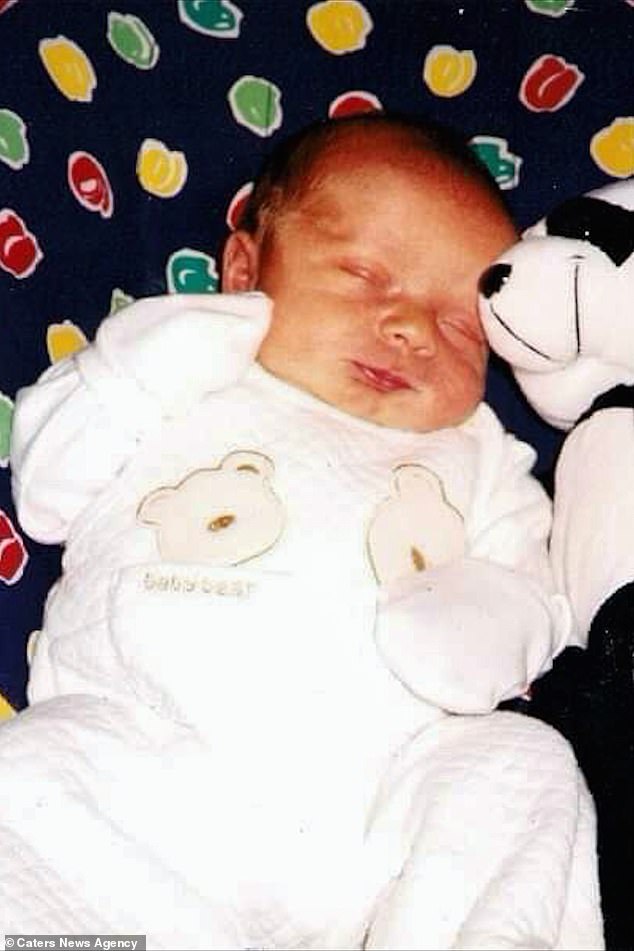 At the age of 21, Ms Dodd was shocked to discover she and her now ex-husband, Neil, were pregnant with their first child, Harry, who is pictured as a baby 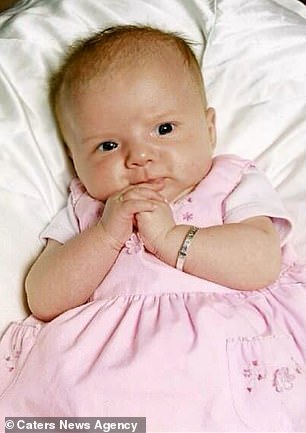 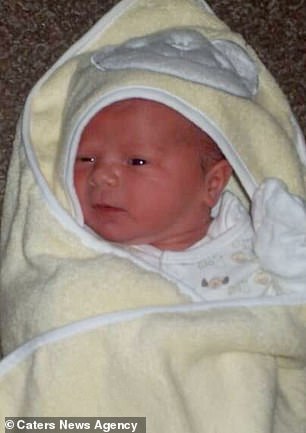 Ms Dodd went on to have Ellie-Jayne, left, the following year and Annabelle, right, in 2009 without any further issues – although she had two miscarriages in 2008

Speaking of hearing she would unlikely have children, Ms Dodd said: ‘It was such a shock as I’d always thought I’d be fertile, just like my sister Freda.

‘Eventually I thought “there are so many children in the world without parents who desperately need a loving, caring home” and decided I was going to adopt or foster one.

‘So I was stunned to discover I was pregnant with Harry completely naturally.’

At 21, after two years of trying for a baby, Ms Dodd became pregnant.

She had only taken a pregnancy test to provide moral support for her friend who thought she might be expecting, and was stunned to see the results.

Ms Dodd went on to have Ellie-Jayne the following year and Annabelle in 2009 without any issues.

After getting together with her new partner Gareth in 2012, Ms Dodd then became pregnant again with her son Freddie, now four, and daughter Elizabeth-Ann, two. 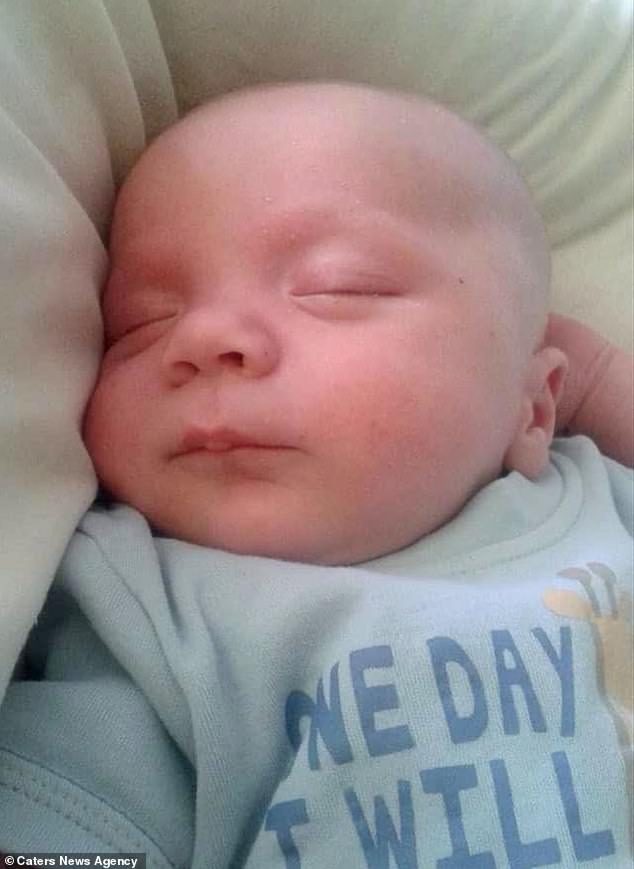 After getting together with her new partner Gareth in 2012, Ms Dodd became pregnant again with her son Freddie, now four, who is pictured as a baby 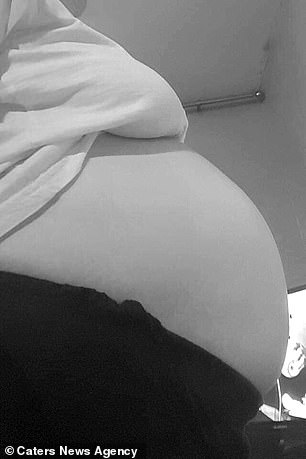 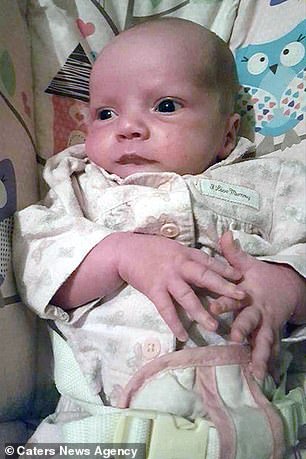 Miss Dodd said she did nothing special in order to conceive and continued her life as usual, eventually falling pregnant for the fifth time with baby Elizabeth-Ann (right), now two 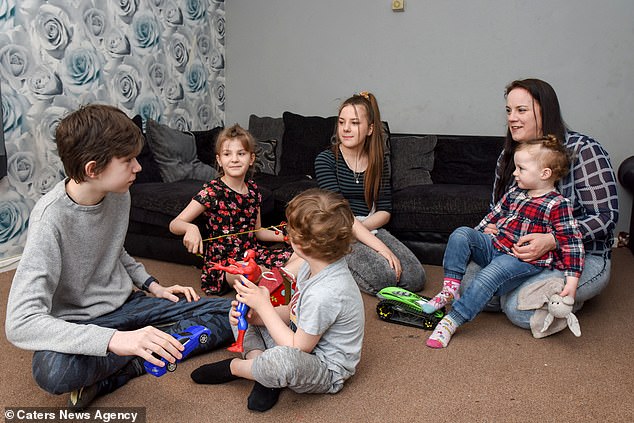 The mother, who has been single since last year, has set up her own blog to encourage other parents who are struggling to conceive to keep trying 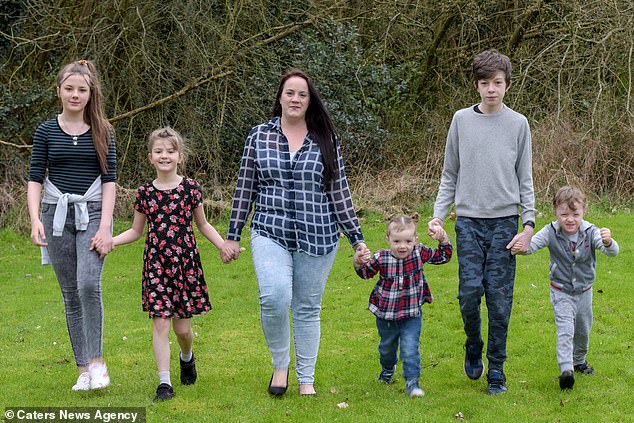 Ms Dodd claims she did nothing special in order to conceive and continued her life as usual.

It was not all plain sailing, however, as she did suffer two miscarriages in 2008.

The mother, who has been single since last year, has set up a blog to encourage other parents who are struggling to conceive.

‘I always assumed I’d be a mum but I never thought I’d have a big family – I had never pictured myself as a mum-of-five,’ she said.

‘But now my family is complete and all my children are thriving.

‘Harry is driven, he loves science and I’m sure he will change the world one day. Ellie is an artist, she is fantastic at writing and she wants to be an author.

‘Annabelle is the performer, she is innocent, she sees hearts and rainbows everywhere. Freddie has the most vivid imagination and Bethy is our princess, she is spoiled by everyone.

‘I love being a mum-of-five and wouldn’t change it for anything in the world.’ 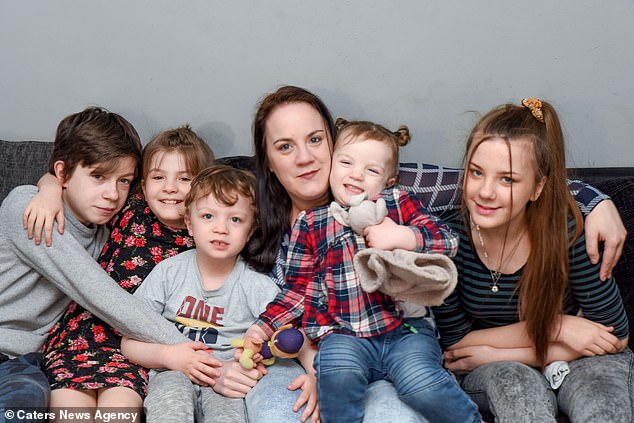 Ms Dodd said: ‘I always assumed I’d be a mum but I never thought I’d have a big family’