A rising football star, Dele Alli has already established himself as one of the best young players in England.

The Tottenham Hotspur midfielder, after earning numerous accolades early in his Premier League career, is currently competing on the biggest and most prestigious stage in the football world, representing England at the 2018 World Cup in Russia.

But just who exactly is Dele Alli? Here’s all you need to know about who he is, his age, net worth, how he makes his money, relationship status and love of the popular video game Fortnite. 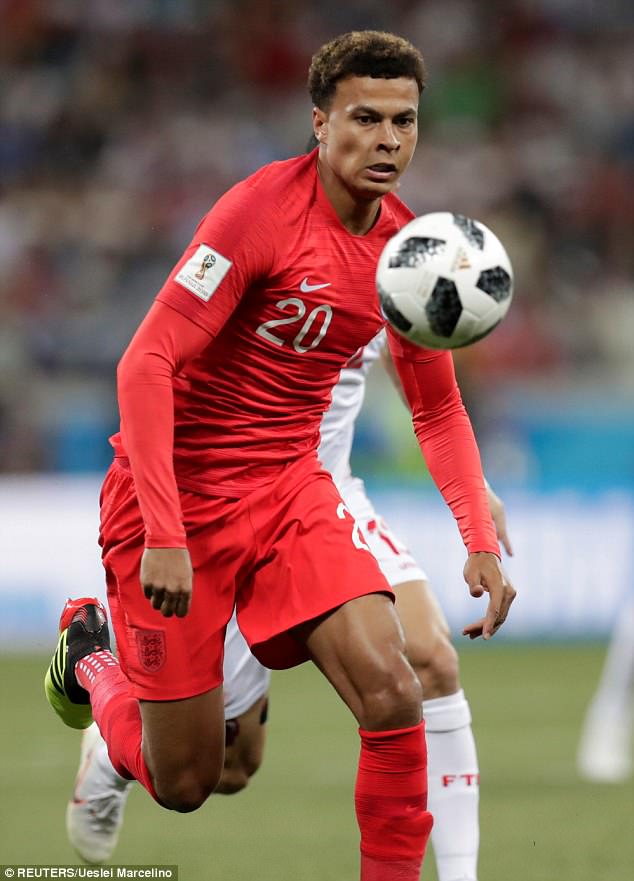 Who is Dele Alli?

Delle Alli is a professional footballer who currently plays for Tottenham Hotspur and the England national team.

Alli grew up in Milton Keynes and joined the Milton Keynes Dons youth team at just 11-years-old. He later made his senior league debut in the 2011-2012 season, playing with the team until signing with Tottenham Hotspur in February 2015, joining the club just before the mid-season transfer window closed.

He was immediately loaned back to Milton Keynes for the remainder of the season, though was later chosen as the Young Player of the Year at the Football League Awards in 2015.

He later made his debut for Tottenham in August of that year, quickly making a positive impression on his new team and earning the Young Player of the Year Award once again in 2016.

Alli joined the England national football team in 2015 and competed in Euro 2016. He’s currently competing in his first World Cup in Russia.

How old is Dele Alli?

What is Dele Alli’s net worth?

Alli’s net worth is believed to be £5.3m ($7m), as per Famousbirthsdeaths.com.

How does Dele Alli make his money?

As with many professional athletes, Alli’s net worth is the result of his success in his chosen sport as well as lucrative endorsement deals.

He began his senior league career in 2011 with Milton Keynes Dons before signing with Tottenham Hotspur in February 2015 for a £5m transfer fee.

The young football star also fronts his own clothing line and has appeared in soft drink advertisements with Barcelona star Lionel Messi.

Who is Dele Alli’s girlfriend?

Dele Alli is currently in a relationship with model Ruby Mae.

The couple have reportedly been dating since the summer of 2016.

Much like Antoine Griezmann, Alli is a fan of the hit video game Fortnite.

The football star has made a name for himself amongst gamers by broadcasting Fortnite games on the popular video game streaming service Twitch and, alongside England national team captain Harry Kane, often plays the game when not training for the 2018 World Cup.

Like other professional footballers, Alli’s love of the game extends well beyond his Internet streaming videos, as he often celebrates goals with dances from the game.