Violent attacks in England and Wales are becoming less common – despite the wave of knife crime in ‘bloodbath Britain’, figures show.

They estimated that 187,584 people sought help for injuries they sustained through violent attack over the whole of 2018.

In comparison, 3,162 fewer people were treated for violent injuries across the two countries in the previous year – nearly a two per cent decrease.

The number of people needing treatment after violence has fallen by more than two fifths (41 per cent) since 2010. 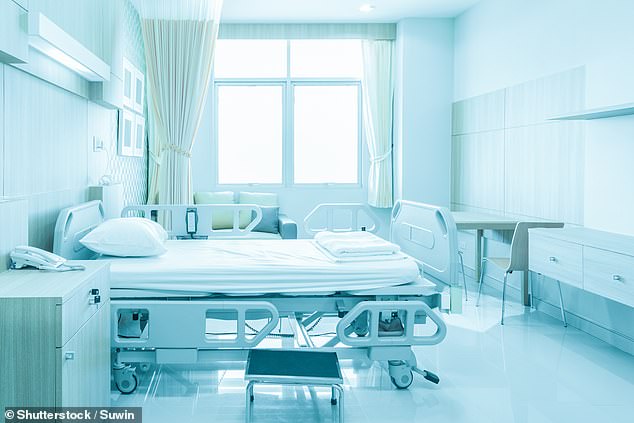 The statistics came from the National Violence Surveillance Network, a database that A&E units share information with for research purposes.

The authors of the study it was ‘difficult to explain’ why there has been a spike in knife crime amid a decrease in general violent injuries.

The reduction was driven by a fall in violence affecting males, with female attendances showing a slight rise year-on-year.

Violence peaked in July, and on Saturdays and Sundays, according to the study.

Those aged 18 to 30 were most at risk, while there was a 5.2 per cent rise in violence affecting people aged 51 and over.

Professor Jonathan Shepherd, one of the report’s authors, said: ‘Violence levels in England and Wales have not changed significantly between 2017 and 2018.

‘However, the longer term trend shows a large decline in serious violence.

Dramatic pictures from the scene showed a heavy police presence on the scene, with the road cordoned off

‘Between 2010 and 2018 we have identified a drop of 41 per cent in people needing treatment in emergency departments after violence.’

Police-recorded ‘violence against the person’ offences went up by nearly a fifth in the year to September.

But the separate Crime Survey for England and Wales showed no significant change in violence.

The Cardiff report said: ‘Understanding violence levels in England and Wales is far from straightforward.

‘Increases in youth-related, ‘high-harm’ knife and gun violence over the past two years against the background of long-term falls in overall violence has been difficult to explain.’

ISN’T KNIFE CRIME AT ITS WORST EVER LEVELS IN BRITIAN?

The number of criminals caught with knives or other potentially deadly weapons reached its highest level for almost a decade last year, it was revealed last month.

There were 21,484 such offences that came before the courts – but more than six out of ten of those arrested and dealt with by the law were allowed to go free without serving jail terms.

A record share of the weapons cases were those involving individuals who either carried or brandished knives, as opposed to improvised weapons such as bottles and knuckle dusters, according to Ministry of Justice figures.

Professor Shepherd said: ‘Many factors may be responsible for increases in weapon-related violence, including gang-related activity, increased weapon carrying and drug use.’

It comes after a 15-year-old boy was yesterday wounded in a drive-by shooting and the getaway car used in the attack was found burnt out just minutes later.

The teenager was shot in the leg during the shooting near Plaistow station in Newham, east London.

And an 18-year-old was stabbed in a street in Hackney, north-east London on Wednesday. The teenage victim was taken to hospital with stab wounds.

Earlier this year, a spate of fatal stabbings prompted warnings of a ‘national emergency’ and Theresa May to say knife crime should be treated as an infectious disease.

In an effort to stop the bloodshed, ministers announced a £100 million cash injection to tackle knife crime and relaxed rules on police stop and search powers in badly-hit areas.

Their proposed ‘public health’ strategy is very similar to that deployed in Glasgow, where stab wounds have halved in the space of 12 years.

Potential offenders or victims would be referred to violence reduction units where they would be offered mentoring to help change their ways.

The figures will be a huge underestimate because only 60 per cent of hospitals were able to provide data to MPs. The real total for 2018 is likely to be around 7,600.

The statistics were obtained under freedom of information laws by the all-party group on knife crime, which represents 40 MPs and peers.

Nearly 70,000 children have been wounded in stabbings and beatings in just one year as violence on the streets of ‘Wild West’ Britain continues to spiral.

Jackie Sebire, assistant chief constable of Bedfordshire police, revealed the shocking statistic in October 2018 as she lamented the ‘constant torrent’ of murders and knife attacks unfolding in the UK.

In the year to June there were 69,000 child woundings, where a youngster aged 10 to 15 was stabbed or seriously injured, a rise of 4,000 on the previous year.

Mrs Sebire, the National Police Chiefs’ Council spokesman for serious violent crime, said: ‘I’ve worked in some really challenging London boroughs. This is different, this level of violence, this constant torrent of every single day there is another stabbing, that we can’t seem to get ahead of.’

Police chiefs believe they are at a turning point, after years of struggling to meet high public expectations and soaring demand.

Recorded crime has risen by 9 per cent – including rocketing levels of knife crime and robbery – as 22,000 officers were lost from the frontline.

Statistics released earlier this month show the number of homicides nationwide is up from 630 to 719, with overall recorded crime up by almost 10%.

The number of offences registered as involving a knife or sharp instrument, 39,332, was the highest since 2011, when comparable records started.