Vanessa Feltz has unveiled her transformed figure after losing a staggering three stone.

The presenter, 57, looked incredible as she flaunted her svelte new physique at the Peppa Pig: Festival Of Fun gala screening.

Vanessa’s gastric band was fitted in 2010, and despite struggling to adjust to life after the procedure, the star admitted in October she is too scared to have it removed. 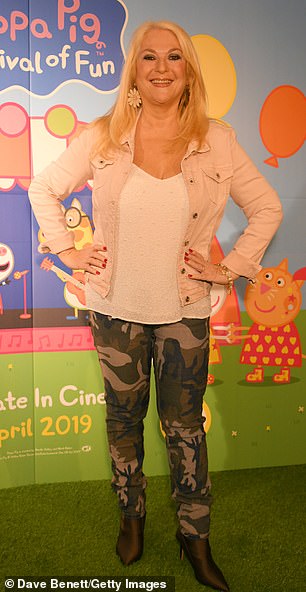 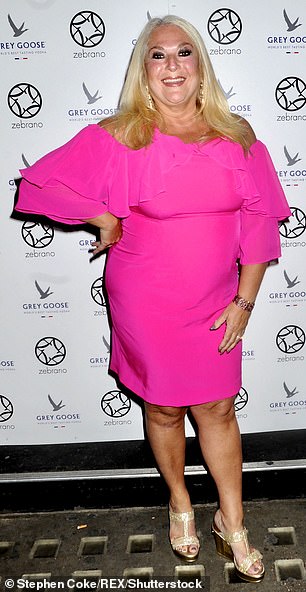 Slimmed down: Vanessa Feltz has unveiled her transformed figure after losing a staggering three stone, despite admitting to struggles with her gastric band

Speaking her new figure, weight-loss expert Steve Miller told Bella magazine: ‘I’d say she has lost around three stone and is hovering around a size 12-14, compared to the size 16-18 she seems to have been before.

‘She’s obviously been really focused, because the weight has dropped consistently over six months.

‘It just goes to show that when your mindset and motivation is in the right place, being large really can become history.’ 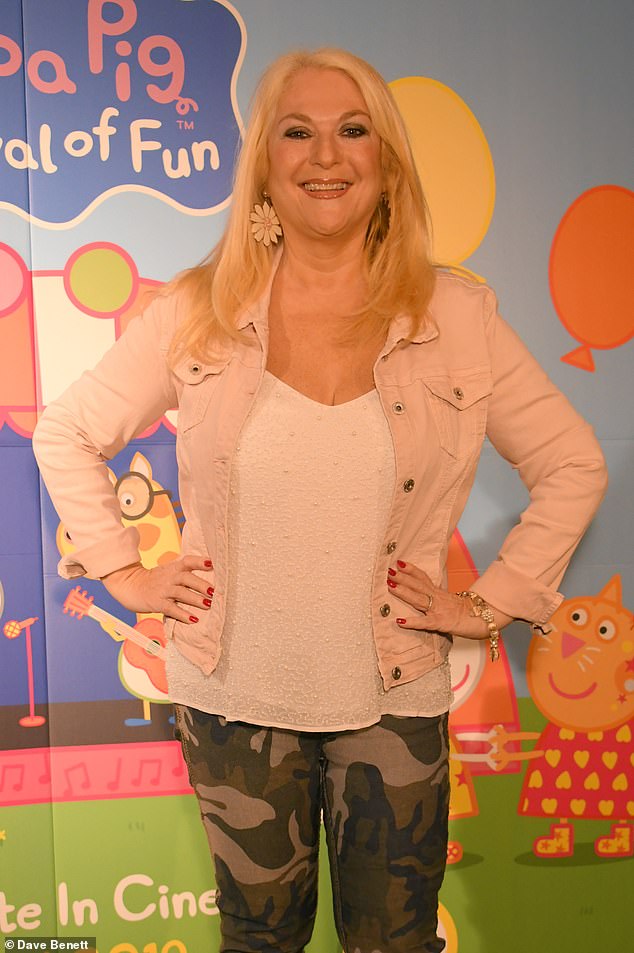 New look: The 57-year-old presenter had a gastric band fitted in 2010, but has since admitted to struggling with the procedure

Vanessa has spoken openly in the past about struggles with her weight, and back in October she revealed the struggles she had adjusting to her gastric band.

Talking on This Morning about her decision to undergo the procedure, she said: ‘It was such an effort to lose weight, then it would creep back on.

‘I got fed up with the scrutiny. I didn’t like it. I bumped into an old male friend who had always been a bit chubby and he said he’d had a gastric band, so I thought I should have one.

‘The reason I wanted to talk about it today was that I thought that would be it. I’d be a beautiful size 12 and never would I be on telly discussing my weight again.’

‘I’ve had it for eight years but now it’s acting up something chronic. I woke up feeling like I was drowning, my ears, mouth, nose, felt full of liquid.’ 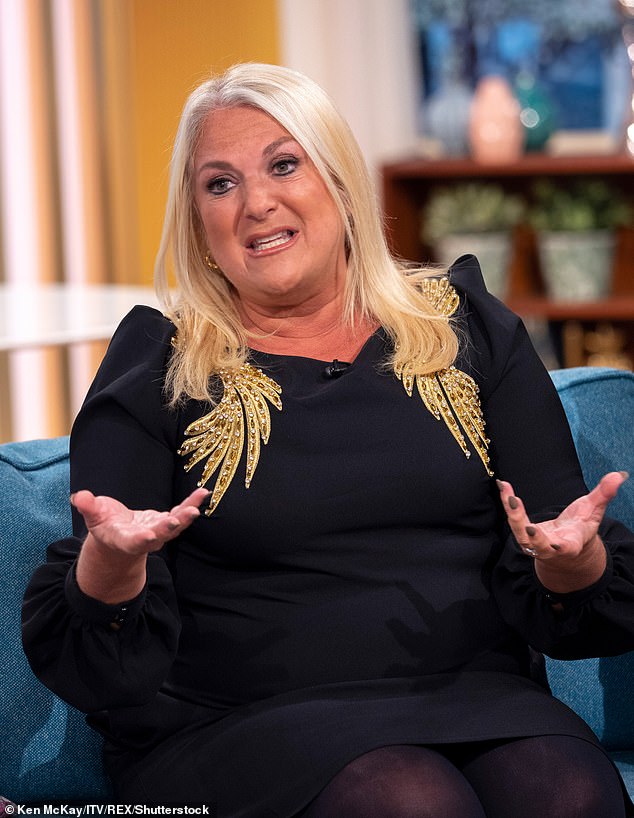 Tough time: Vanessa has spoken openly in the past about struggles with her weight, and back in October she revealed the struggles she had adjusting to her gastric band (above) 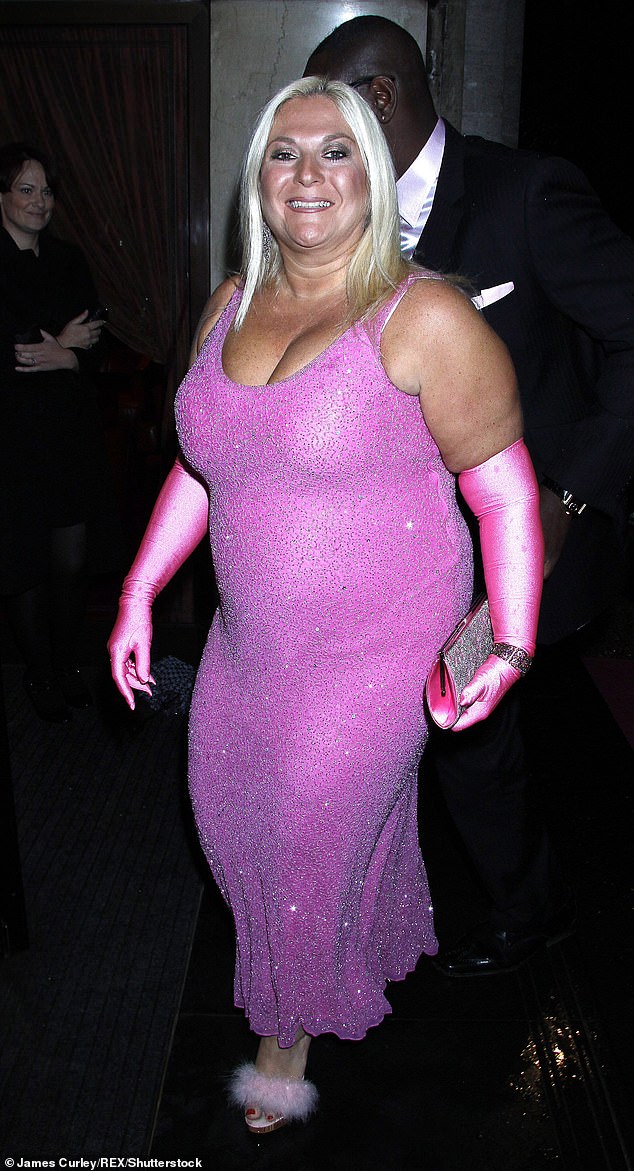 Get in shape: Vanessa admitted her weight plummeted following the breakdown of her marriage in 2000, but the weight slowly crept back up (above in 2009)

Yet despite her gastric band nightmare, she’s too scared to have it taken out, she continued: ‘I don’t want it taken out, I’m scared I’ll suddenly eat a camel or a field full of potatoes with a nice sauce.’

Vanessa also spoke revealed that her weight plummeted following the breakdown of her marriage to surgeon Michael Kurer in 2000, who is also the father of her two daughters Allegra, 33, and Saskia, 30.

She said on This Morning: ‘After my husband left me, I was devastated, and I couldn’t eat and I lost a hell of a lot of weight. People said I looked terrific but I felt so heartbroken, but the happier I got the more pie I wanted to eat, and schnitzel and strudel.’ 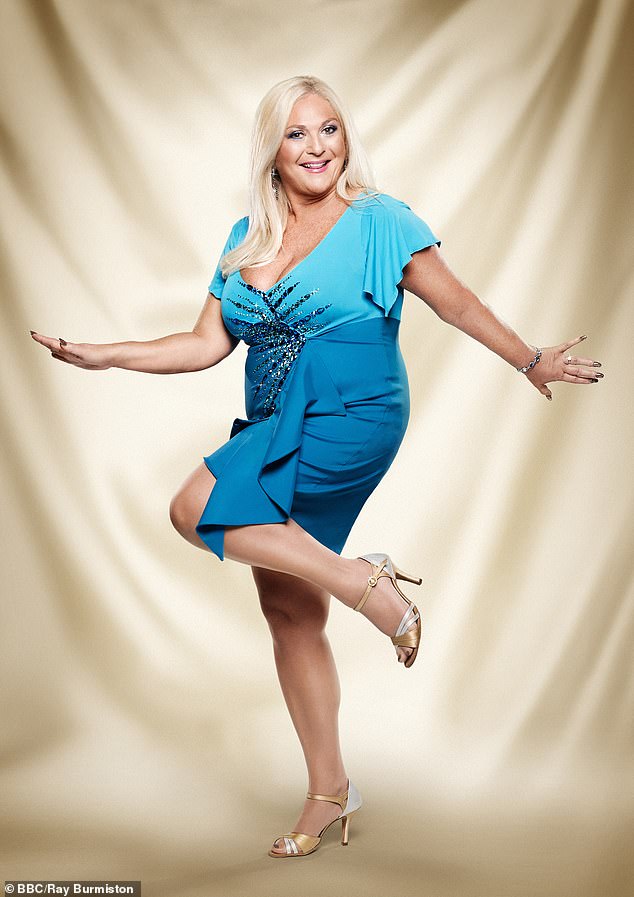 Tightened up: After jetting to Belgium for the gastric band in 2010, she had it tightened ahead of her appearance on Strictly Come Dancing (above) 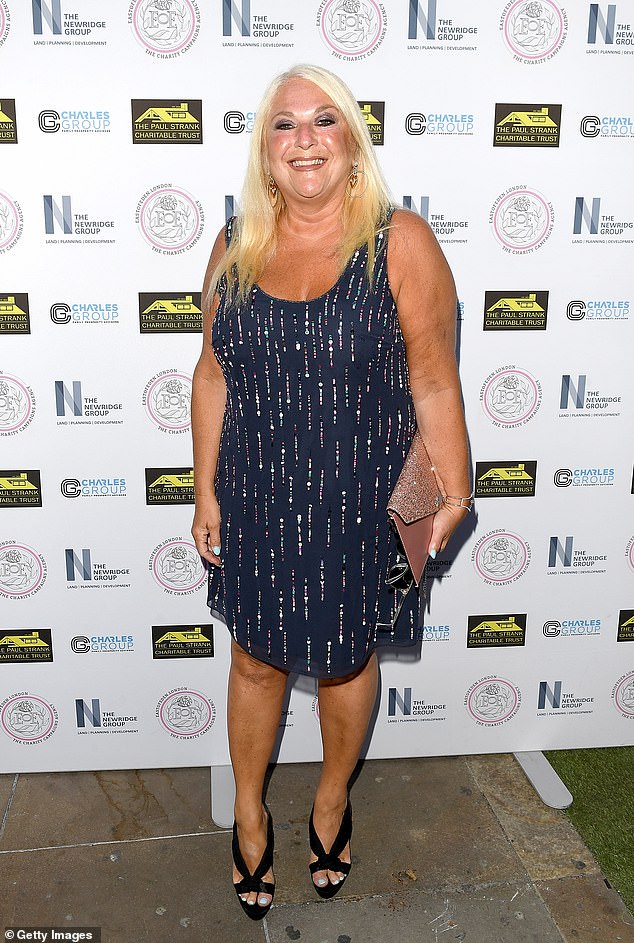 Svelte: Vanessa previously said she was too scared to remove her gastric band, as she feared she would ‘eat everything’ (above in July 2018)

Since then Vanessa has gone onto find love with Phats and Small singer Ben Ofoedu, and the pair have been engaged since 2006, but she has admitted her weight crept back up.

She added: ‘I was always trying to hope he saw me looking thinner than I was but he likes chubby blonde girls. I seduced him with chicken soup…’

Through hard work Vanessa managed to once again shed four stone, but after her weight increased once again she decided to fly to Belgium for the £4,000 gastric band.

The star also had the band tightened in 2013, in preparation for her stint on Strictly Come Dancing. 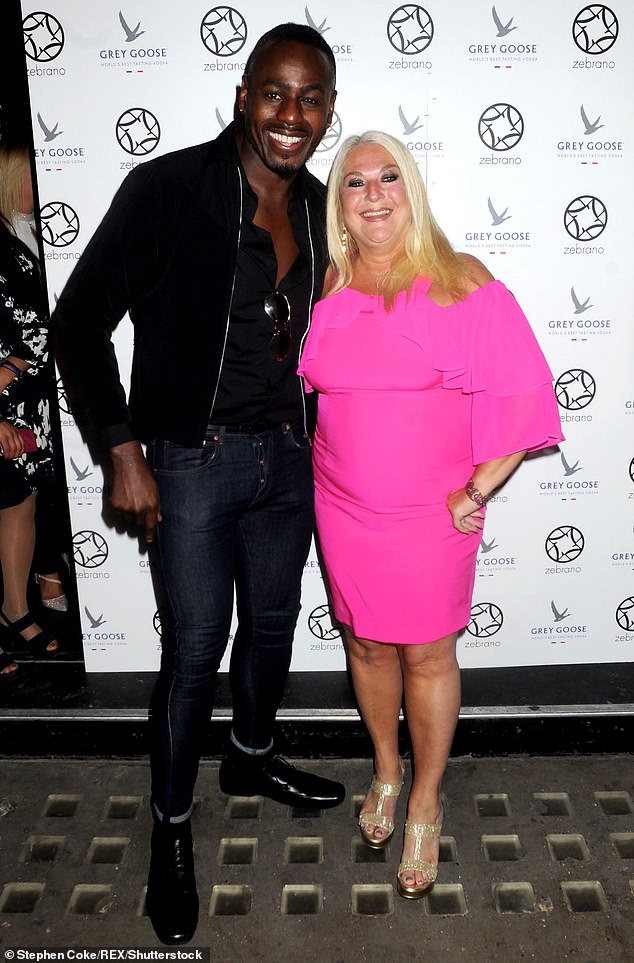 Loved-up: The This Morning favourite has since found love with singer Ben Ofoedu, and the pair have been engaged since 2006