A transgender teenager is now the dead ringer for actress Martine McCutcheon after coming out at the age 13.

Willow-Jayne Davies, 17, of Swansea, Wales, who was named William at birth, realised she wasn’t like the ‘other boys’ when she discovered a passion for makeup and Barbies aged five.

Since coming out to her family in 2014 and attending school for the first time as Willow in 2016, the brave teen has gone on to perfect her makeup and beauty therapy skills at college.

And the aspiring beautician says whenever she posts her latest makeup looks online, the comments section is flooded with strangers telling her how much she looks like the former EastEnders star Martine. 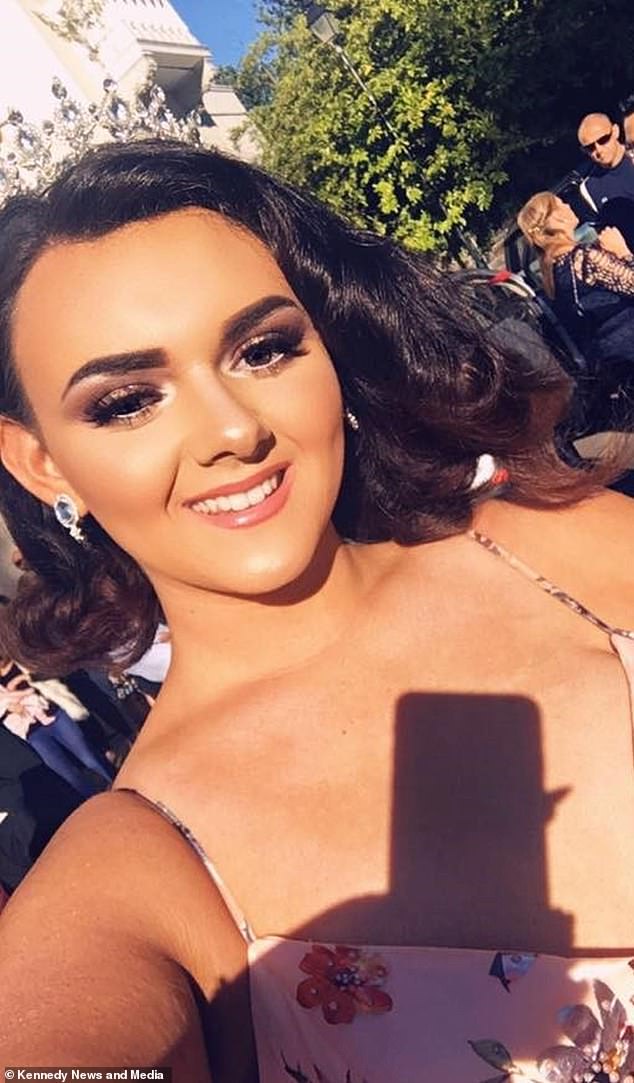 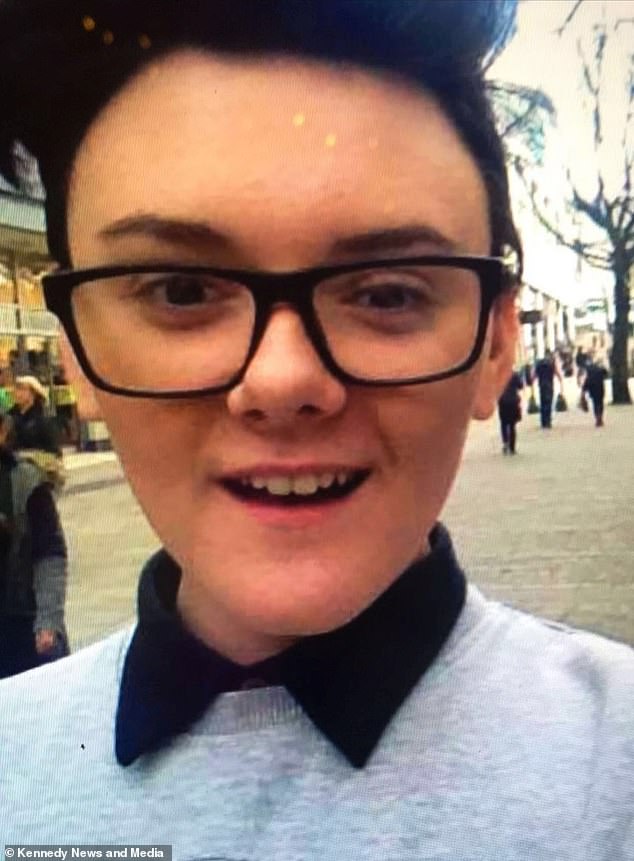 Named William at birth, Willow says she was always aware that she was different to the ‘other boys’ but didn’t know there was a ‘word for it’. Pictured: Willow before transitioning

While at first Willow struggled to see the resemblance, the air cadet was blown away when someone posted side-by-side comparison photos of her and the Love Actually actress.

Willow said: ‘My love of makeup started when I was really young.

‘When I was five my mum’s friends would come round to get ready for a night out and I’d be there too, putting a full face on.

‘Throughout my life, I’ve always had so many female friends and when we’d be together they’d sometimes say ‘we’re bored, let’s do makeup on you’ and I would think ‘great’. 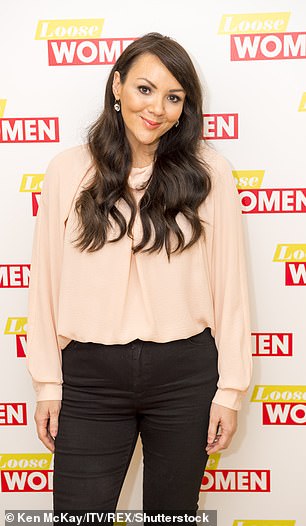 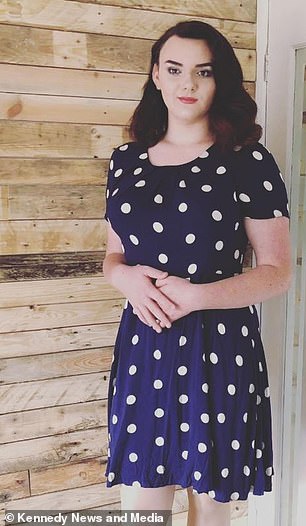 Willow (right) often shares videos of her makeup tutorials, and finds that the comments are always filled with people telling her she looks like Martine (left) 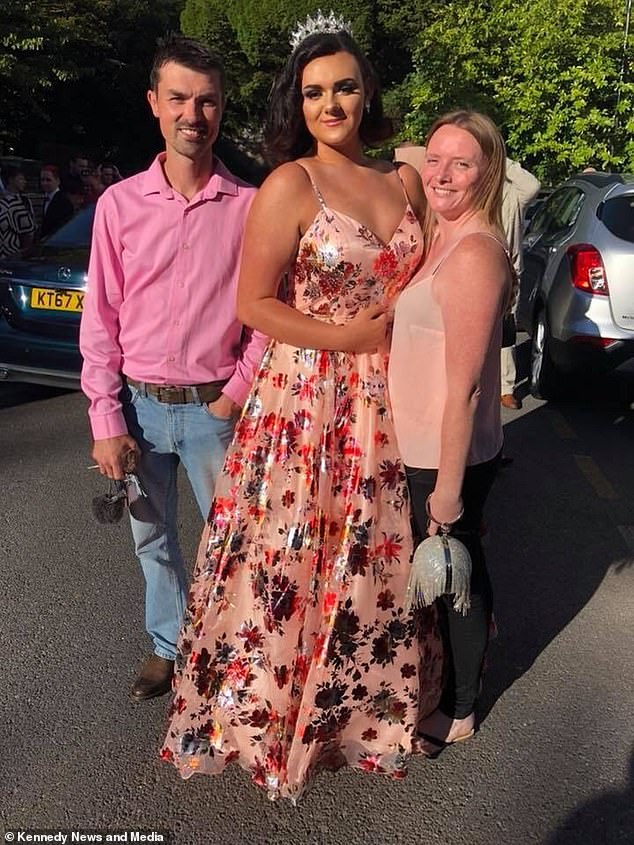 ‘After I came out and started wearing makeup and doing it myself, it was an ugly scene. But I saw myself getting better everyday and stuck with it.

‘I think just before summer last year was the first time I looked at myself and thought ‘wow, I’m hot’.

‘Practice makes perfect and my makeup skills are great now. I can go from sack of potatoes to Martine McCutcheon in an hour and a half.

‘When someone first told me I looked like her, I didn’t have a clue who she was and then I looked her up and thought ‘that’s rude’ because she’s so much older than me and has had lots of botox. 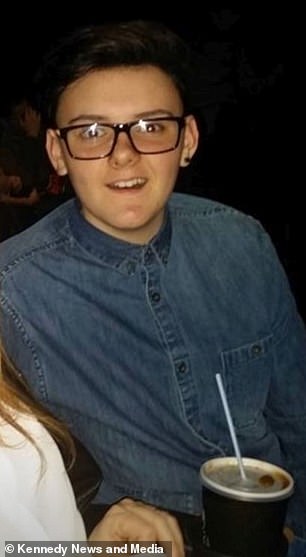 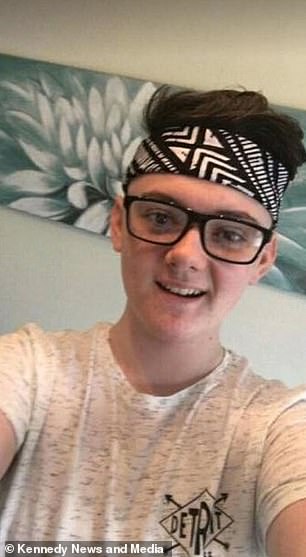 Willow knew from a young age that she was ‘different’ and as she got older, she felt more and more pressured at school to partake in ‘boyish’ activities and developed anger problems as she struggled to articulate her internal battle. Pictured while living as William 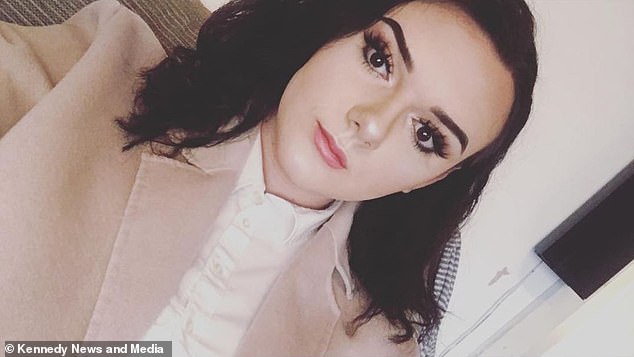 ‘But people kept saying it. Everytime I post a video of me doing my makeup, at least 25 people will comment saying I look like Martine or ‘the actress from Love Actually’.

‘I just accepted it but then one girl posted side-by-side photos of me and Martine when she was younger and I was like ‘oh my god’.

‘Suddenly I could see it. I definitely take it as a compliment now. I do look like her but I don’t think I’m as skinny as her.’

Despite knowing she felt trapped in the wrong body from such an early age, Willow kept her confusion to herself as she didn’t realise there ‘was a word for it’.

As she got older, however, Willow felt more and more pressured at school to partake in ‘boyish’ activities and developed anger problems as she struggled to articulate her internal battle.

It wasn’t until she went in for minor surgery aged 10 and her mum made an off the cuff joke about her ‘going in as William and coming out as Willow’ that Willow suddenly realised that transitioning was possible. 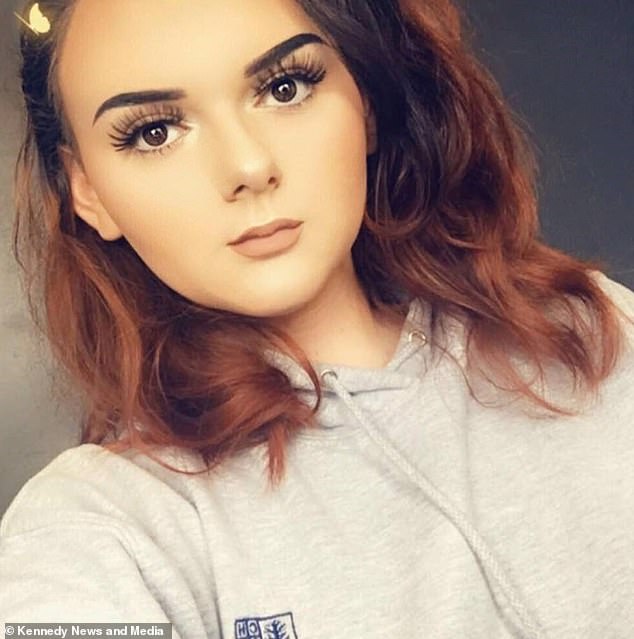 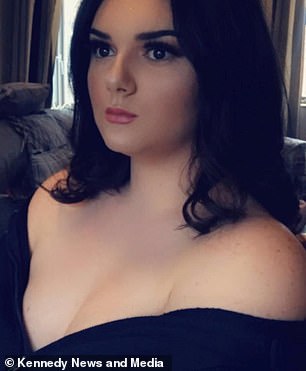 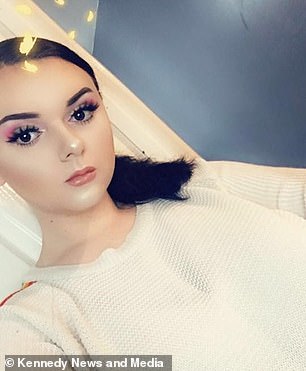 Since coming out, Willow has done lots of work for the trans community, setting up and LGBT club at her old school to help support students

After looking into it and learning what it meant to be transgender, Willow had the courage to tell her parents how she felt and they promised to support her every step of the way.

The teen left school for the summer in 2016 as William and came back for the start of the new academic year in September as Willow – and hasn’t looked back since.

Willow, who is now on the waiting list for hormone replacement therapy, said: ‘I have always been more feminine and liked doing ‘girl things’ and being friends with girls.

‘My first memory of realising that I preferred girls’ things was at about three or four but it was when I was five that I started to feel trapped in the wrong body.

‘My parents always accepted me being more feminine and let me play with girls’ toys.

‘But as I got older, at school I felt like I was being more pressured to take part in boys’ activities when all I wanted was to be sat at a makeup table. 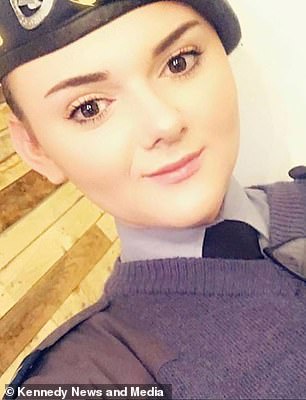 ‘I started to develop severe anger problems and I had to see a child psychologist through school.

‘I was such an angry child because I was being made to fit into the male stereotype.

‘At school we had a sticker chart and I would only ever put pink stickers on my chart. Then suddenly people were telling me that not everything could be pink.

‘I didn’t know how to say how I was feeling. I didn’t know there was a word for it or how to explain it so I bottled it up.

‘It didn’t click until I was in hospital for surgery and my mum made a joke about me going in as William and coming out as Willow.

‘That’s when it struck me that doctors can actually do that and I was like ‘wow’.

‘When I did come out to my parents, I told my mum first and she was apologetic saying she was sorry she didn’t realise and she should have known.

‘They didn’t exactly know how to handle it but they were so supportive and always have been. I know I’m so lucky to have had that experience. Not everyone is so lucky.

‘They told me I had to wait until I was 16 to start transitioning but I was adamant it was going to happen sooner so one summer I left school as male and I came back as female.

‘Apart from my family and teachers, nobody knew so it was a big shock and there were some people who made horrible comments but I’ve always been very confident so I didn’t let it get to me.

‘And my teachers and headteacher were amazing. I felt like I could speak to them whenever I needed to about anything. It was like a family connection.

‘I was in the air cadets throughout my transition as well and they were incredible. Everyone has been so supportive.

‘After coming out, I don’t feel like a different person at all. Now the outside just reflects how I always felt on the inside.

‘I feel like I can more genuinely convey my emotions and how I feel.

‘I wish everyone struggling to come out knew how important it is to be true to themselves and let their real selves be free.’

Since coming out, Willow has done lots of work for the trans community, setting up and LGBT club at her old school to help support students.

Willow, who was crowned Miss Sparkle 2016 at the trans pride event, was also invited to primary schools in Swansea to give talks on gender neutral teaching strategies.

It hasn’t all been plain-sailing for the beauty student who claims she was the victim of an unprovoked attacked by a group of girls at her first college, leading to her decision to leave.

But since enrolling in a new course to become a makeup artist and nail technician, Willow has made lots of friends. 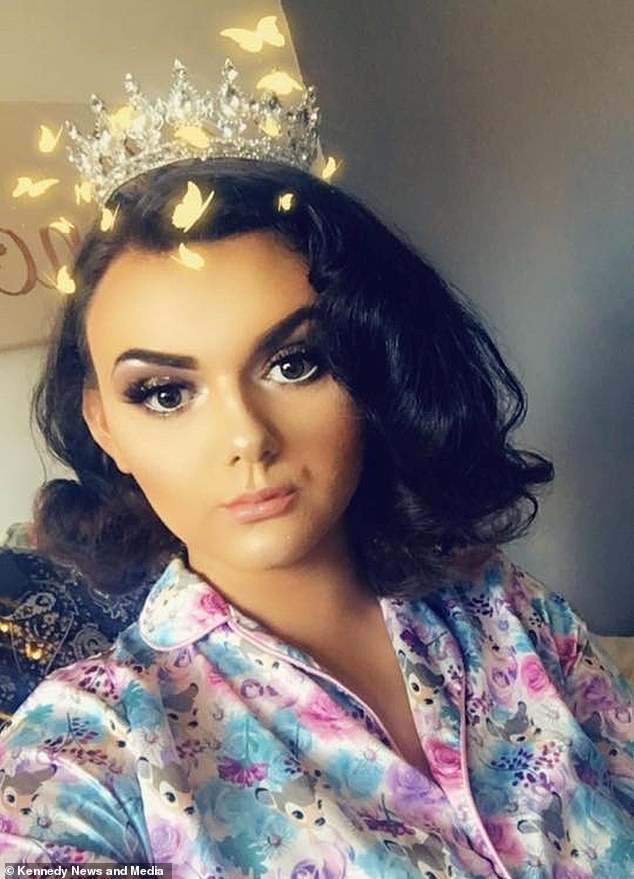 Despite still being a student, the teen already has a few transgender clients who she regularly visits to do their makeup and nails and teach them her beauty tips and tricks.

Willow said: ‘I love how much I’ve been able to do as part of the trans community.

‘I set up a club at school so students who were LGBT, feeling confused or questioning their gender or sexuality could talk and support each other.

‘I passed on the role to somebody else when I left and the club is still going well.

‘I also got invited to give lectures to teachers at lots of primary schools and my secondary school. It has been amazing.

‘Then at my first college, I was only there four weeks and I got attacked by a group of girls.

‘I don’t know why it happened but I think it’s because they weren’t used to having transgender students at that college.

‘I chose to leave. It has been a bit of a rollercoaster ride but since then I joined another college and I’ve made so many great friends and I get on so well with my tutor.

‘I honestly feel like I’m doing well. I’m already working with a few other trans women.

‘Some of them started to transition 10 or 20 years ago but they’re still a bit confused about how to do their makeup and that’s where I step in as a friend and personal stylist.’