A holiday in colder climes doesn’t have to involve joining tens of thousands of people on the ski slopes.

From ice-skating in Finland to bobsleighing in Norway, here are some enthralling activity breaks to consider.

Scroll down for Will Hide’s top eight picks… 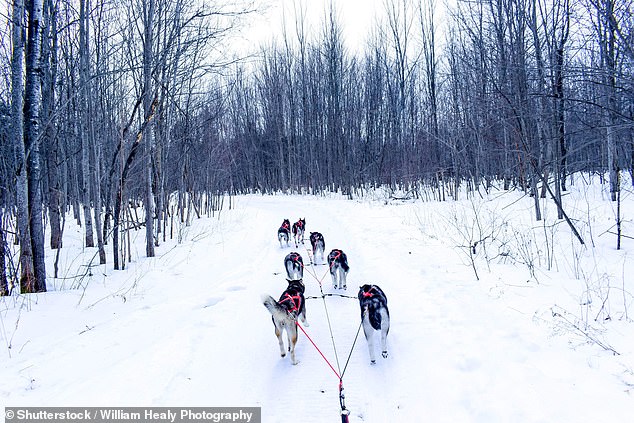 Learn to mush a dog sled in Quebec. You’ll work with mahi-kans, a breed that looks like a wolf. A seven-night trip (three nights in a cabin and three in a wilderness camp, before returning to Montreal) costs from £2,290pp with Canada As You Like It (canadaasyoulikeit.com), including flights, accommodation and guides.

The Kurhotel Skodsborg, which sits alongside the Baltic Sea, ticks all the boxes for a weekend break, with cosy rooms and an extensive spa, while Copenhagen is 15 minutes away by train. One fitness class on offer is a kettlebell workout in the sea. Afterwards, warm up with an ‘aufguss’ session in the sauna, which involves intense heat and essential oils. Kurhotel Skodsborg (skodsborg.dk) has double rooms with breakfast and spa entry from £167. Baltic Sea workouts cost £50pp based on a group of eight. BA (ba.com) flies from Heathrow to Copenhagen from £77 return. 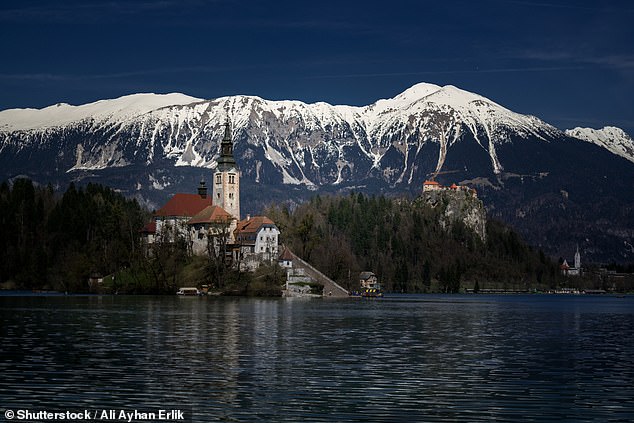 Chilled thrills: Lake Bled in Slovenia, where the water is freezing, writes Will

Come on in, the water’s… freezing! The International Winter Swimming Association’s World Cup takes place in Lake Bled, Slovenia, from January 31 to February 3. It’s as much about novelty swim caps as anything, although hardcore athletes take part in the 450m endurance race – without wetsuits. Swimquest (swimquest.uk.com) can arrange a trip to the World Cup from £560pp (two sharing), with two nights’ B&B, entry to the competition and a welcome drinks party. EasyJet (easyjet.com) flies from Stansted to Ljubljana from £50 return.

A seven-day ‘liveaboard’ cruise off the coast of Norway offers the chance to track orcas and humpback whales as they feed on herring. Stay on deck to photograph them, or you can put on warm kit to snorkel with them at a respectful distance. Although short, winter days often give excellent, clear conditions, while the bonus of long nights is the chance to spot the Northern Lights. Swoop Arctic (swoop-arctic.com) offers a full-board trip from £3,020pp, excluding flights. Norwegian (norwegian.com) flies from Gatwick to Tromso from £97 return.

5. HEAD FOR THE NORTH POLE

The Svalbard archipelago is 600 miles from the North Pole. In the world’s most northerly town, Longyearbyen, the sun sets in November and doesn’t rise till the end of January. At this Norwegian outpost, try a snowmobile safari or ice cave tours. Best Served Scandinavia (best-served.co.uk) has a four-day winter break from £960pp, including flights.

6. SPOT WOLVES IN THE USA 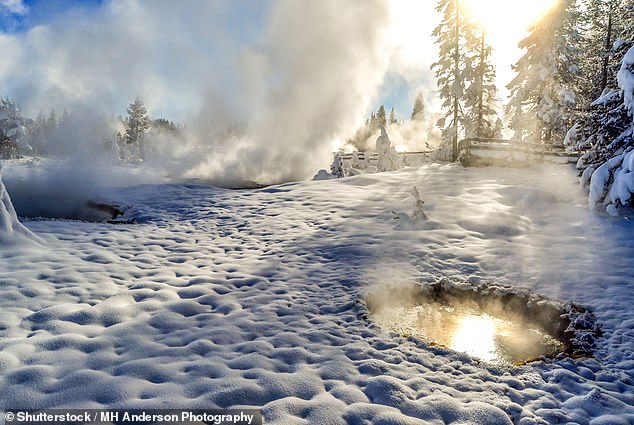 We think of a trip to Yellowstone National Park to spot wolves, elk and bison as a summer activity, but Bon Voyage (bon-voyage.co.uk) is launching a snow safari to see it from a new perspective. A nine-day trip is from £3,995pp, including flights, guides and accommodation with some meals.

Don your skates and whizz around Finland’s frozen lake district, about 160 miles north-east of Helsinki. Enjoy lessons and a guided excursion while staying in Porosalmentie. Magnetic North (magneticnorthtravel.com) has a five-day break from £905pp, including B&B accommodation and dinner on your first night. Finnair (finnair.com) flies from Heathrow to Helsinki from £92 return. 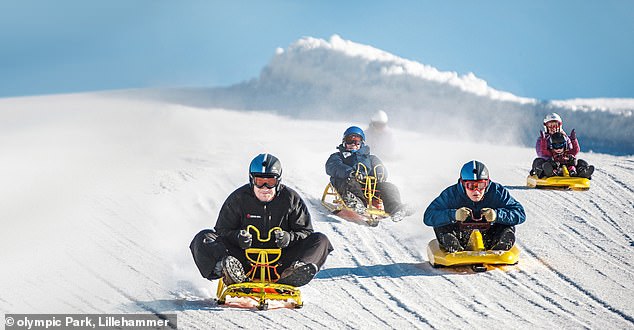 If you’re an adrenaline junkie, racing down the Olympic bobsleigh track in Lillehammer at 80mph is for you. It’s a weekend for beginners, but don’t worry – you’ll be led down the track by a professional. On this four-day trip you can also try tobogganing and airboarding – speeding downhill on an inflatable sledge. Responsible Travel (responsibletravel.com) offers a B&B break from £1,099pp, including flights and activities.

… but check your insurance!

Look before you leap on the pistes – and look even harder if you’re on a sled being pulled by huskies. That’s the advice from medics who spend each winter on standby to fly holidaymakers home after an unwelcome accident in the snow.

‘A decade ago, most people went on ski holidays to ski,’ says repatriation doctor and Holiday SOS author Ben MacFarlane. ‘Now we also go snowmobiling or do dog-sled races – and with every new activity we risk another new injury.’

With the right travel insurance policy, you can relax knowing your insurer will pay for any treatment you need in the resort. It will also fly you back to the UK if your injury is particularly bad. But how do you find the right one?

‘The biggest mistake is to go to a comparison website and to choose a policy based on price alone,’ says Fiona MacRae, of advice website Travel Insurance Explained. ‘We tell people to turn things on their head and start by asking what you need to be covered.

‘A policy that covers everything you want to try may cost more. But it’s money well spent if you need to claim.’

Here are three top tips from the insurance world:

ONE: Don’t assume that the ‘free’ insurance you get with your bank account covers ski holidays. Fiona MacRae suggests buying a standalone ski plan.

TWO: Check the ‘permitted activities’ section carefully and don’t assume that every policy is the same.

THREE: Read and follow the rules. Plans may be cheaper if you agree to wear a ski helmet. Get injured without one and your claim can be refused.