‘It’s another girl’: Studio 10’s Joe Hildebrand announces he’s expecting his third child with journalist wife Tara Ravens and jokes that the gender fills him with ‘both relief and fear’

The Studio 10 host revealed the happy news in a column for Kidspot on Thursday.

Already a father to daughter Bonnie, two, the 42-year-old joked that the thought of having another, fills him with ‘both great relief and great fear’. 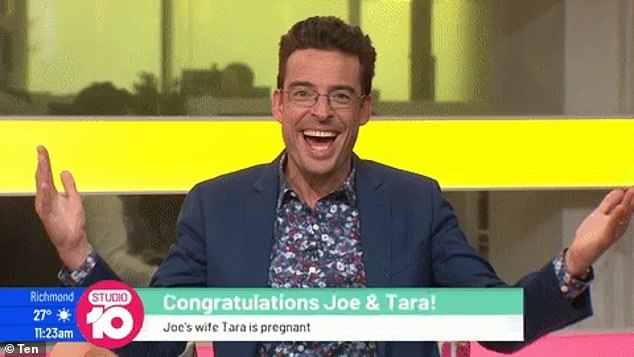 ‘The relief is that I will not be headbutted in the nuts for the first 10 years of her life, and the fear is that for the second ten I will have absolutely no idea what she is talking about,’ Joe wrote.

Also a father to Henry, five, with wife Tara, the TV presenter revealed the moment the couple decided to add to their brood.

‘It was that my wife and I saw our children playing happily together and taking care of one another and thought: ‘Maybe we should actually have another one?’ 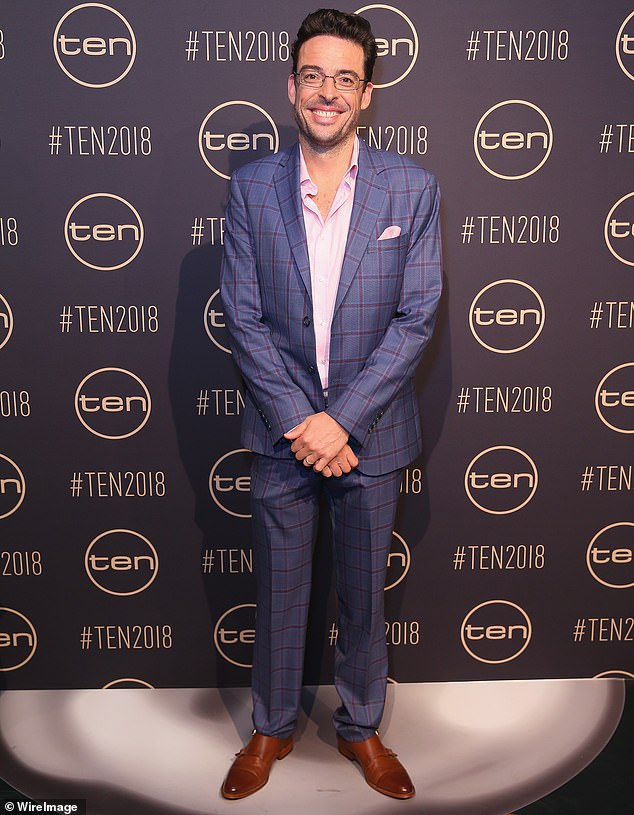 Mixed emotions: Already a father to daughter Bonnie, two, the 42-year-old joked that the thought of having another, fills him with ‘both great relief and great fear’

‘I’m having a baby girl,’ the Channel Ten star told his co-hosts and the live audience.

He also joked that he recently discovered he is in fact the father, saying: ‘Tara told me it’s mine. I’m very, very excited.’ 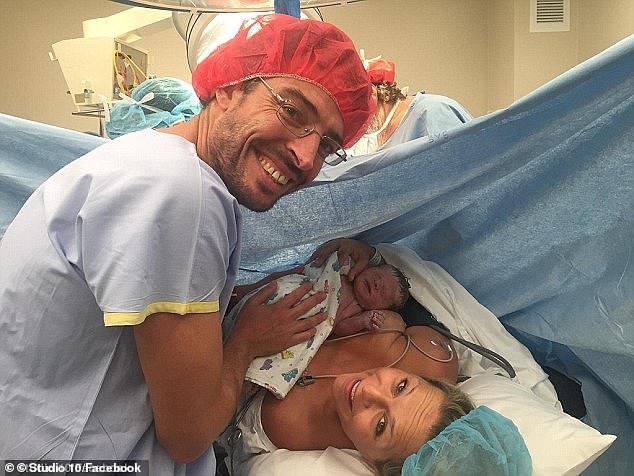 Family: Joe married wife Tara in 2013, and the couple are parents to Henry, five, and Bonnie. Pictured after the birth of daughter Bonnie

Joe got candid about fatherhood in an interview with WHO magazine back in September 2016.

‘I have learned that it is simultaneously the hardest and the easiest thing in the world to do,’ he said. ‘There is nothing more impossible and nothing more natural.’

‘The terror of not knowing what you are going to do, or be able to do, or how to deal with a little baby, obviously that’s gone the second time around, but you’ll also have the even worse terror of knowing just what you’re in for,’ he added. 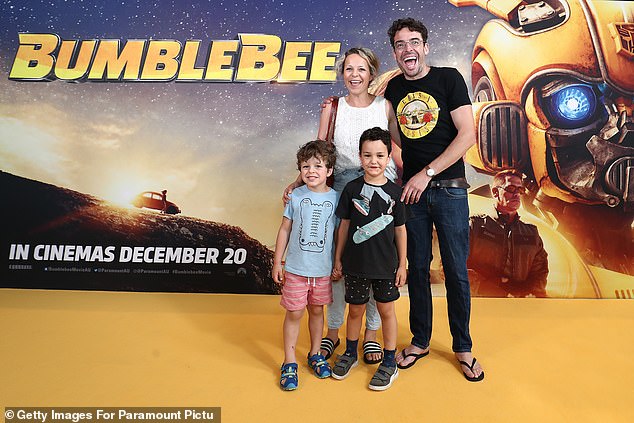 Candid: Joe previously told WHO magazine about fatherhood: ‘It is simultaneously the hardest and the easiest thing in the world to do.’ Pictured with wife Tara, Henry (left) and a friend