The runway at Southampton Airport was closed for two hours today after a private plane had a tyre blowout on its front wheel while landing.

Flights were diverted as fire crews rushed to the scene in Hampshire after the PC-12 jet suffered a problem with its landing gear at about 7.30am.

The single-engine turboprop-powered business aircraft, which can carry up to nine passengers, completed its landing safely and no one was hurt. 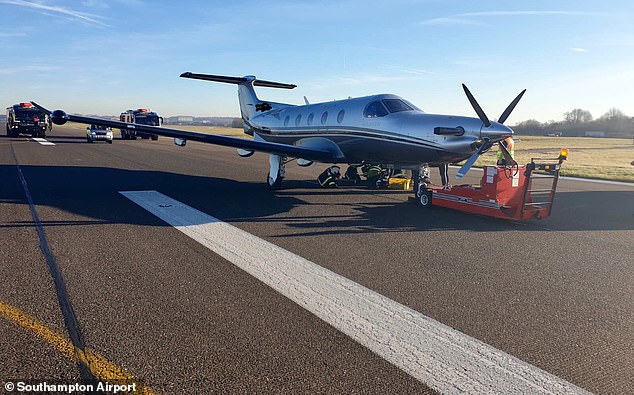 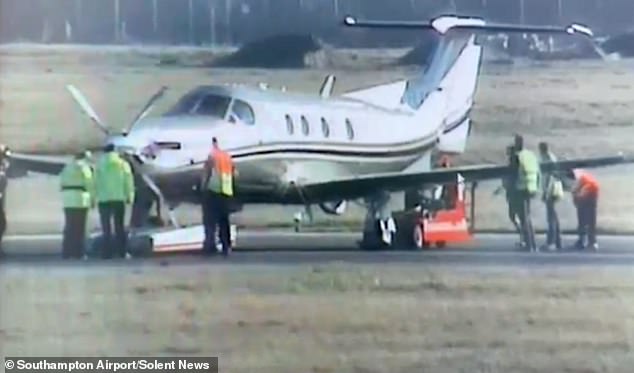 The PC-12 jet suffered a problem with its landing gear at Southampton Airport at about 7.30am

But the airport’s single runway was closed for around two hours, causing delays while crews cleared it and performed safety checks on the plane.

Incoming flights from Edinburgh, Amsterdam and Glasgow were diverted to Bournemouth, while services from Dublin and Newcastle were delayed.

Budding actor James Fairley was among those caught up in the disruption this morning, as his Flybe flight from Southampton to Manchester was cancelled.

He tweeted: ‘Getting prepped and pumped for my first drama school audition yesterday has led to… a cancelled flight and 3 hours (and counting).’

Theatre designer Lez Brotherston added: ‘Friends! Don’t use Southampton Airport. Two hour delays because of a burst tyre! It brought the airport to a standstill. 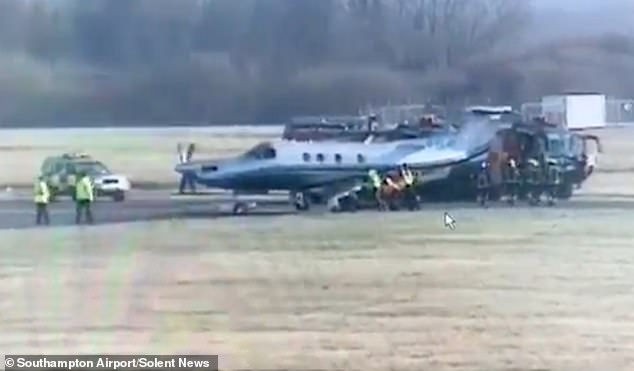 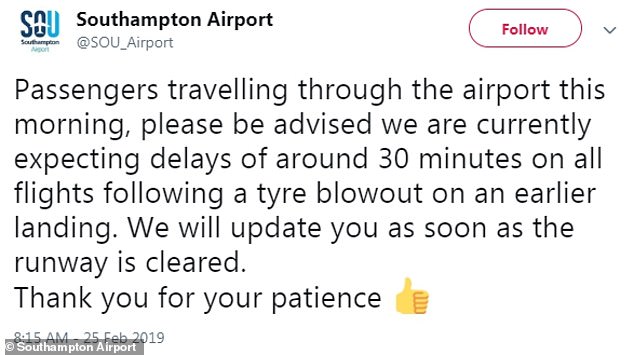 ‘Flights diverted to Bournemouth! My plane cancelled, made to leave, queue security again to get on the 11:20. Get to departures to find it’s delayed till at least 12:30!’

The airport tweeted a picture of the stranded plane with engineers working under the fuselage, saying: ‘They do say it’s the small ones you’ve got to watch!’

A spokesman added: ‘So this little one is holding up our runway operations! Our teams are working extremely hard to move it, which is not as easy as you’d expect.’

The airport described it as a ‘very peculiar situation’, adding that the plane’s recovery had proven ‘a little more complicated than expected’ because it could not be towed. 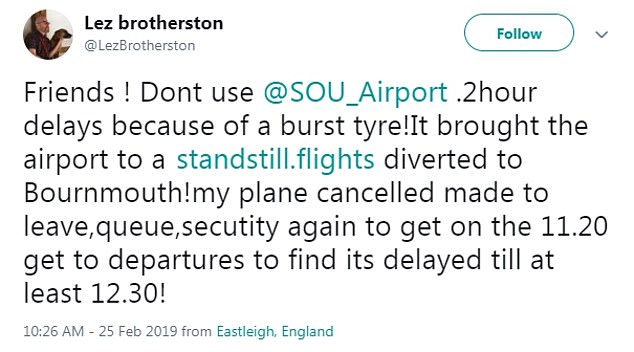 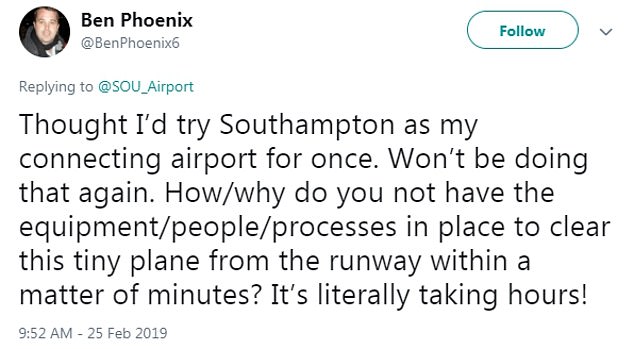 The spokesman told MailOnline: ‘At 7.36am today, a private aircraft coming in to land at Southampton Airport suffered a burst tyre.

‘Airport operations were suspended whilst the aircraft was cleared from the runway, which, because of the particular circumstances involved, was more complicated than anticipated.

‘The runway re-opened at 9.50am and normal service has resumed. We extend our sincere thanks to all passengers for their patience whilst this incident was dealt with.’