South Africa’s President Cyril Ramaphosa has pledged to clean out the corruption that has become endemic under his party, the African National Congress (ANC). Whether or not voters believe he can keep that promise will determine the level of ANC support in Wednesday’s election. BBC Africa Editor Fergal Keane joined the president as he campaigned in the key province of KwaZulu-Natal.

The rain followed us along the coast and into the half-empty field where the ANC had called its supporters to welcome the president.

The crowd cheered – rather dutifully I thought – the singers belting out praise songs to the party and president.

I resisted the inner temptation to compare and contrast with the vast crowds and ecstasy of the first democratic election in 1994. That was another country, a different generation and too much history had happened in between.

But I was struck by the relative smallness of the crowd and an absence of energy.

This did not feel like a celebration in anticipation of an ANC victory. The polls show the party is likely to win but with a reduced share of the vote – one estimate has the party at an all-time low of 49.5%.

Public disillusionment around corruption, crime and the economy is eroding support.

The unemployment rate is 27.1%, one of the world’s highest, with more than six million people out of work, from a population of 58 million.

Both the opposition parties – Economic Freedom Fighters (EFF), who advocate radical transformation of the economy to benefit the black majority, and the centrist Democratic Alliance – believe they will gain support amid public disillusionment at ANC misrule.

A look at the president’s welcoming committee gave an insight into the crisis prompting this decline.

The local mayor, Zandile Gumede, who was dancing to a party anthem with some clerics when we arrived, has been forced to publicly deny allegations of corruption.

Newspapers are reporting that the Hawks – the police anti-corruption unit – are preparing her arrest. Local authority workers in the nearby city of Durban are in open revolt against Mrs Gumede’s administration and rubbish is piling up in the streets.

This was on the weekend that hundreds of foreign delegates had arrived for a major tourism conference in the city. Mr Ramaphosa addressed the conference and would have seen the wretched state of the city’s streets.

Standing near the back of the stage at the ANC rally was another mayor, Mululeki Ndobe, who was accused of ordering the assassination of a party comrade. The politician was released without charge, he denies the accusation but investigations are said to be ongoing.

The pattern of graft allegations is repeated countrywide.

The first major example of corruption to become public surrounded the circumstances of a multi-billion dollar international arms deal in 1998. Former President Jacob Zuma is facing 16 charges relating to this deal.

There are also several ongoing public inquiries into corruption. They include the Zondo commission which has focused on the Guptas, a family of businessmen from India, accused of using their influence with Mr Zuma to facilitate the “capture” of key state enterprises including transport and energy. They all deny wrongdoing.

‘Corrupt from top to bottom’

The commission is also investigating allegations surrounding the Bosasa company which provided services to government and is accused of paying nearly $3m (£2.3m) to the ruling party.

Millions that might have been spent on providing better housing, healthcare, essential services and education have been looted.

South Africans face a daily diet of revelations about outright theft of state resources and corrupt tendering by party and government officials. When President Ramaphosa arrived I was able to approach and ask him about corruption.

Q: Can you save this country from the crooks trying to destroy it?

A: Well the ANC is going to win this election and as we win the election we are going to proceed with a process of renewal.

For “renewal” read clearing out of the powerful forces which thrived under Mr Zuma. They remain a threat and the president’s triumph over them is by no means assured.

The party’s list of candidates includes some of those under investigation for corruption.

And here is the paradox for voters. Received wisdom has it that the president needs a solid mandate in order to tackle corruption and defeat his internal enemies. But for some former ANC supporters, a vote for the ANC with Mr Ramaphosa at the helm is an endorsement of the party’s corrupt legacy.

Mqapheli Bonono leads the local branch of campaign group Abahlali baseMjondolo – the shack dwellers’ organisation – in the settlement of Foreman Road in Durban. Here several thousand people live in corrugated huts with no running water into their homes. It is estimated one in seven people nationwide live in these so-called “informal settlements”. 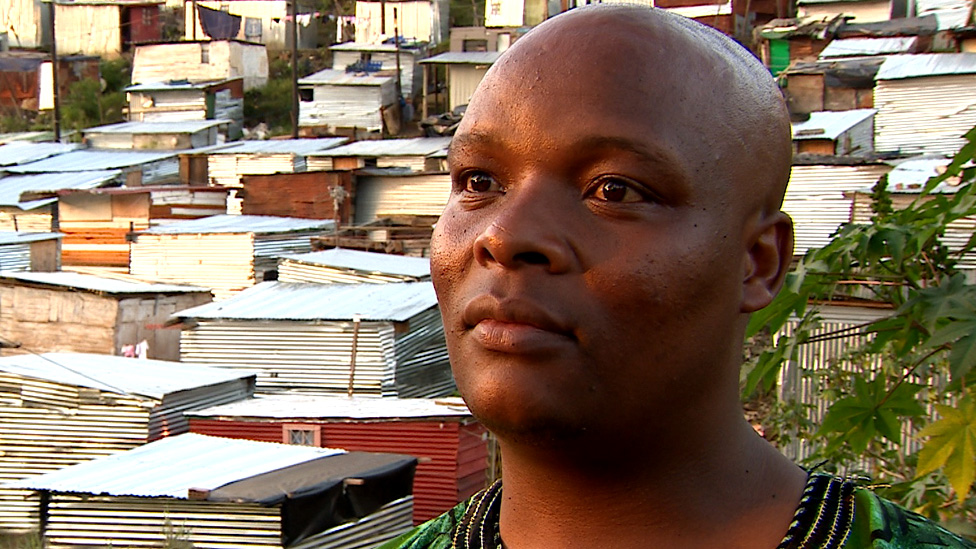 Mr Bonono was 12 years old when Nelson Mandela was elected president and remembers taking his grandmother to vote in the Eastern Cape town of Flagstaff.

After moving to Durban to find work, he joined the ANC and helped to defeat the opposition DA in local elections.

“We were promised here in Foreman Road that if we made sure the ANC won the election, our houses would be built in this area. We realised it was only lies,” he told me.

“We blame the government. They are supposed to be responsible. But they are more corrupt than the people who are bribing them. They are corrupt from top to bottom.”

Walking down the narrow lanes between shacks we met Nomazawi Ketile who runs a small grocery store. Aged 36, with three young children, she has lived here for 20 years. 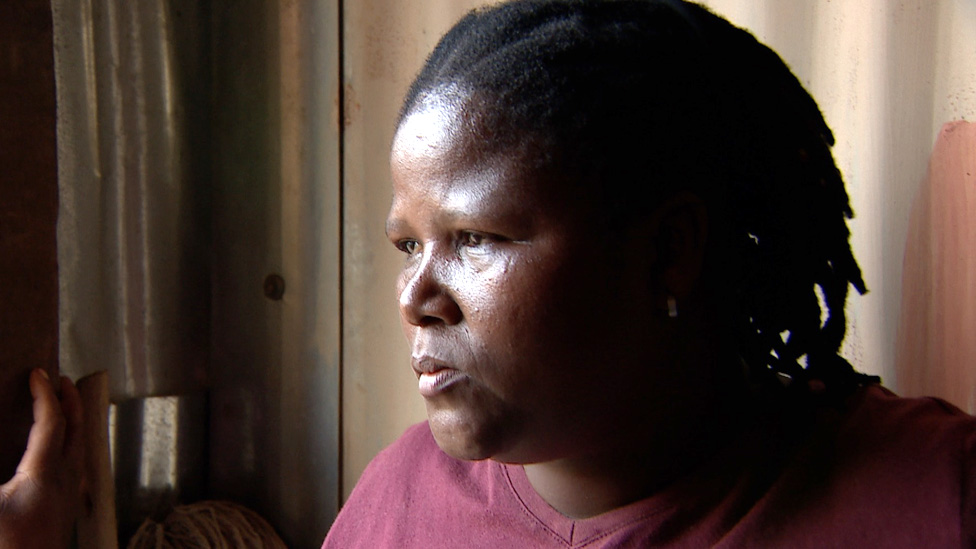 I asked if she felt she would ever exchange her shack for a proper house. Ms Ketile burst into laughter. Then her expression became serious.

“I have lost hope that I will be able to get a house,” she said.

This the sixth national election in the 25 years that South Africa has been a democracy.

It is sometimes said that people’s expectations of change were too high back in 1994 when Mr Mandela became president. As someone who lived in South Africa through that period, I disagree.

I spent most of my reporting time talking to people in townships and shack settlements. There was an awareness of the scale of challenges facing the new government.

What people did expect was honest leadership. Instead they watched the party of liberation become a facilitator of corruption.

I am still impressed that South Africans are going to the polls in a peaceful election, that there is a strong civil society and opposition holding government to account, and that the courts can still deliver independent judgements.

But anybody who has watched the damage wrought by corruption in countries like Nigeria, the Democratic Republic of Congo and Kenya – to name a few – can only worry about South Africa.

If President Ramaphosa’s ANC wins the election as expected, he will turn to a far harder battle – to stop the rot that is eating at the moral core of his party and government.