Soapland folk are generally not known for their fashion awareness.

Corrie’s Gail wears polo neck sweaters even in summer, and Rita’s outfits have barely changed a thread since she arrived in 1964.

Characters stay cemented in their clothes because costume is a major factor in establishing their identities and personality traits.

EastEnders’ Shirley and Jack are very fond of their camel coats (maybe the costume department got a job lot from Walford market), and when Martin makes a rare excursion away from his trademark leather jacket (that is four sizes too small for him) it’s a bit frightening. 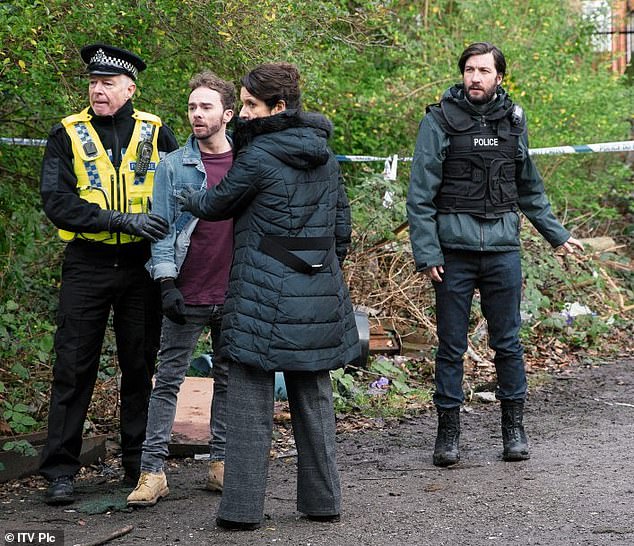 When he took it off for Valentine’s Day, he seemed to grow at least a foot, his flesh enjoying a rare chance to breathe.

Emmerdale enjoys more glamour than Corrie and EastEnders, not least because whichever wealthy family inhabits Home Farm gets to savour the high end of the show’s wardrobe budget.

One thing holds true for all three soaps, though: hoodies are bad news.

If you see one written into your script, call your agent and look for another job – your character’s going to be banged up or dead very soon.

Undertakers spend their lives locking people up six feet under, so it’s unsurprising that every so often they want to be on the side of freedom.

That happens when one of the undertakers tending the corpse of Clayton’s dad attacks a prison guard and the lad does a runner.

When David learns Shona tried to help Clayton in prison, he throws her out and soon Clayton takes her hostage.

Demanding £10,000 and a car, Clayton threatens Shona as David watches on in horror.

Mind you, does he have any other expression these days? And only £10k? Blackmailers aren’t what they used to be. Tracy offered Tyler half that to leave.

There’s little joy in a week that also sees Sinead start radiotherapy, Roy and Gemma order Carla and Paul to move out, and Daniel struggle with an essay deadline after Brian spills coffee over his laptop (fear not; it’s backed up to the Cloud – how dull). 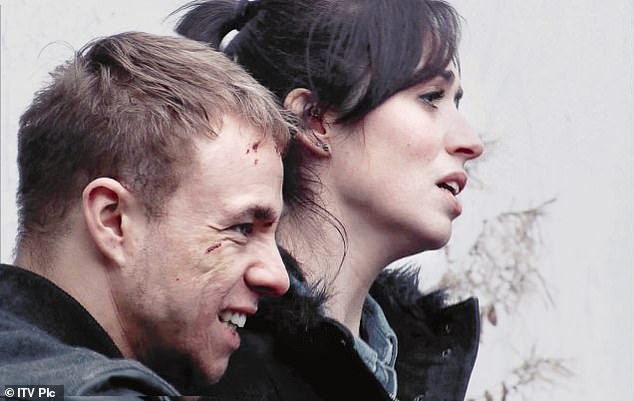 I know you like to follow Tracy’s name-check obsession with Steve, so here goes: 16 times last week.

She’s not far behind with ‘Amy’.

Thank goodness there’ll be no baby now; with so many names to check, Tracy would have had no decent dialogue left.

EASTENDERS: YET ANOTHER ELF ISSUE

Will Stacey ever enjoy a week without something bad happening? The Grim Reaper is in fear of losing his job to her.

This time, it’s her mum’s elf, when she discovers through a letter Kat found that Jean might have cancer.

The biggest surprise is the NHS and Royal Mail got the thing delivered; I’m still waiting for an appointment letter from eight years ago.

I could be dead, for all I know.

Jean is taking control of the elf situation and after talking to Sonia throws away the unhealthy food in the house (that’ll be the entire fridge and every cupboard, if Albert Square’s eating habits are anything to go by). 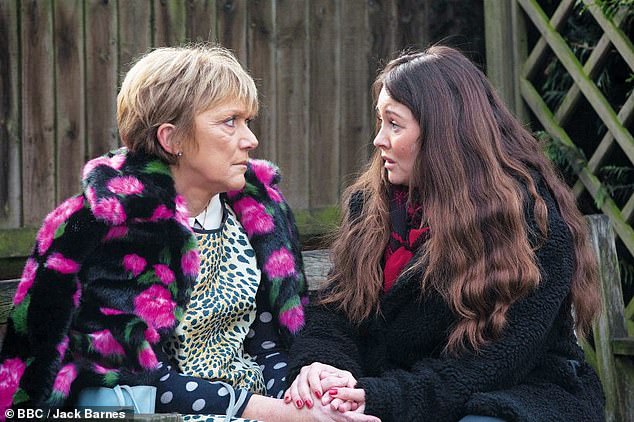 But when she hears Kat and Stacey talking about her, she packs a bag and heads for the station.

Let’s hope one of them isn’t Tiffany, intent on giving her another make-up freebie like on Valentine’s Day; even the vampires whose lipstick she borrowed are still having nightmares about it.

It’s a busy week for the police, who not only have to contend with Jean’s disappearance but Ruby’s in trouble too (a very busy week for Walford East Tube Station, also, with a miracle two passengers).

That’s another thing to put a frown on Stacey’s forehead, when Jay confides in her that the cops have been looking for the youngster.

Sometimes, Stacey, you just need a drink. A quadruple. 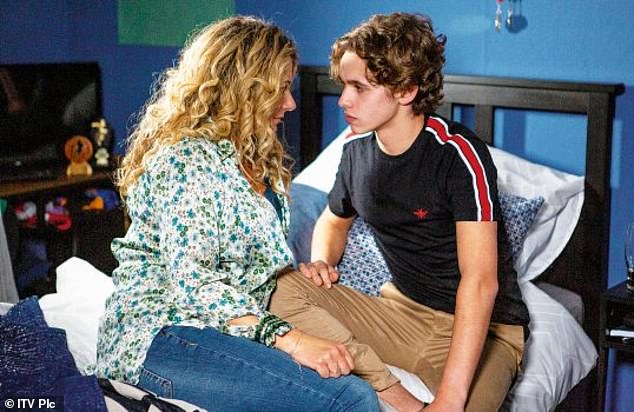 The big day is upon us.

Jacob celebrates his 16th birthday, the legal age of consent and therefore being even more susceptible to praying mantis Maya.

Uninterested in Liv’s plans for the occasion (doubtless a game of Monopoly and a glass of orange squash), he’s excited when Maya suggests a study session in his bedroom.

But, surrounded by reminders of Jacob’s youth (One Direction posters, I wonder?), she puts sex on hold, with the promise of a ‘present’ in the summerhouse the next day.

What could go wrong when Liv arrives and contemplates sex? Talk about two buses at once.