A single mother-to-be from New Zealand is fighting to keep herself and her unborn baby alive after discovering she had aggressive breast cancer when she was four months pregnant.

Charlotte Santiago, who is now six months pregnant with her first baby, is battling the disease via a treatment regime designed to stop the stage three cancer from spreading without harming her unborn child.

The 35-year-old from Devonport, Auckland, recalled the shocking moment she found a lump on her breast shortly after celebrating the news she was going to be a mum for the first time.

‘At first, I thought it was my fault. I wondered what I had done to deserve this,’ Ms Santiago told FEMAIL. 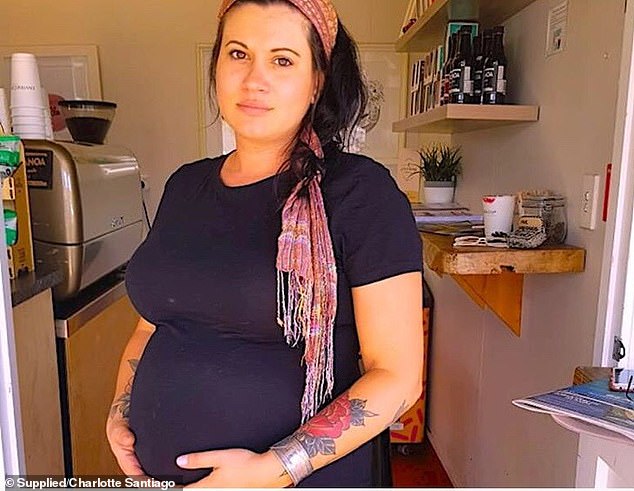 ‘My life has always been a bit like that, something good happens, then I’m confronted with a big challenge.’

It’s a situation that is currently pushing Ms Santiago to her limits, however, despite her struggles, she’s determined to find a way to recover her health for the sake of her boy – a son she has named Luka.

‘The scary stage is now gone. There is no more space for fear or giving up. It’s now all about Luka and being positive.’ 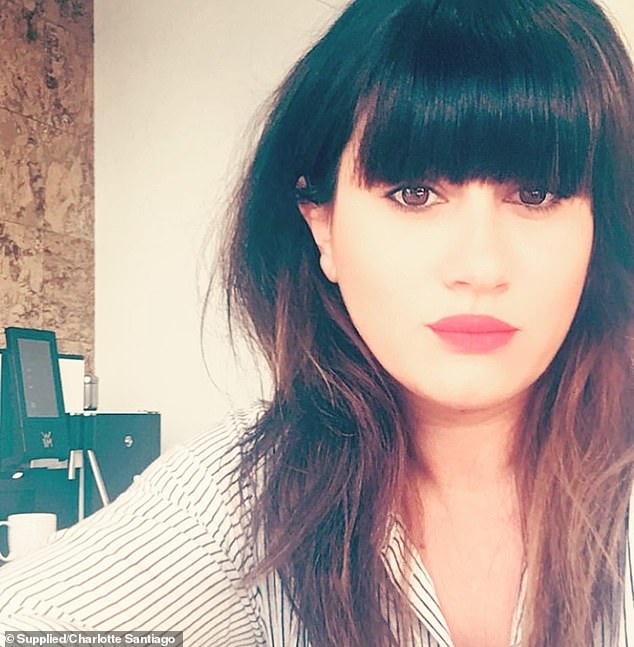 The 35-year-old said everything she’s currently undertaking in a bid to regain her health is to ensure her ‘miracle child’ has the best shot at life possible.

Recalling the harrowing moment she was diagnosed, Ms Santiago said even as her oncologist was explaining to her she had cancer, she could only think of Luka’s well being.

‘I wasn’t even thinking about myself because all I could think about was my baby,’ she said.

I believe if I wasn’t pregnant, I might not be as willing to fight for my life.

‘I was so worried the treatment was going to hurt him. My mind was entirely focused on someone I hadn’t even met.

‘I believe if I wasn’t pregnant, I might not be as willing to fight for my life.’

Currently, Ms Santiago is on a specialised form of radiation treatment which is aimed at slowing the growth of her cancer as well as protecting her unborn child.

Her diagnosis also means medical experts want to bring forward Luka’s due date from May to allow her to undergo chemotherapy. It’s hoped this course of action will give the new mum the best chance of survival.

To improve her health, Ms Santiago is also working with naturopaths in Australia who are offering her specialised treatment designed to boost her immune system. 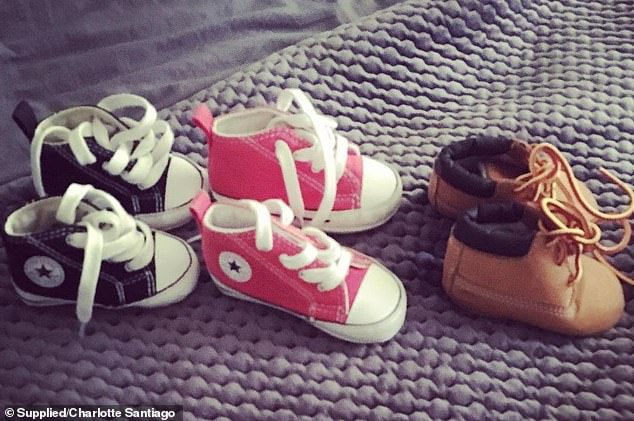 Ms Santiago has been flooded with donations of baby clothing, toys and services from her community (pictured)

As well as struggling to recover her health, the mum-to-be is also having to manage the demands of covering medical costs and providing for herself.

As she is originally from France she has no family in New Zealand. As a result she had been working two jobs to support herself.

One a cafe job, which saw her start work at 5.30 am in the morning, and a second a nanny job which ran from 3pm to 6pm.

She recently left her cafe job to focus on her health but she is still holding on to her nannying job because she loves the family she works for.

Her plight is one that recently caught the attention of a local who used to regularly visit Ms Santiago during the time she worked at the cafe. 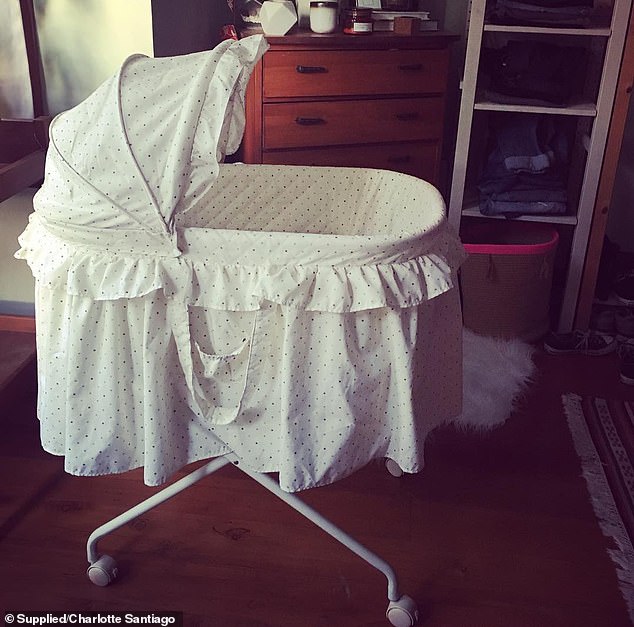 To help, Samantha Reynolds created a website to raise money that will go towards Ms Santiago’s medical bills as well as provide for her financially when her new baby comes.

Others from her community have made donations in the form of massages, pregnancy yoga and photos, bottles, nappies, a rocking chair, a bassinet, and a wealth of homemade meals.

Ms Santiago said she’s absolutely amazed by the support she’s been given and said it’s ‘the most beautiful thing I’ve ever experienced’.

The expectant mum has also been given bags of new clothing and toys for her son and says she now has so much she wants to pass on the extras to others who might be in need.

‘I sit here and think I don’t deserve all of this help. Someone out there is in a worse situation than me and must need it more,’ she said. 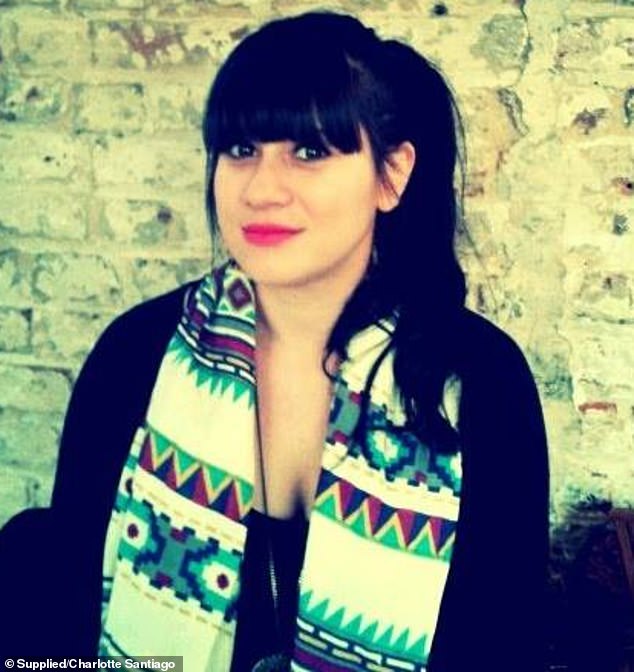 Ms Santiago says being grateful, and looking forward to a future with her son helps

Although her future is uncertain, the 35-year-old maintains the last thing she wants is for people to feel sorry for her.

‘There is always hope and I believe things will be okay in the end,’ she said.

‘And because I am young and positive, there is a good chance I will be able to be with my son.’

While her predicament is one only a few could imagine, Ms Santiago says being grateful, and looking forward to a future with her son helps.

‘When you are healthy you can do anything. And if I wake up with a smile on my face thinking about my son, I know everything will be fine.

‘Everyday I battle, I get one step closer to kissing my baby boy on his cheek. And I can’t wait!’

If you would like to make a donation to support Charlotte Santiago, please visit Give a Little for Charlotte