Shoppers are turning to eBay as a quick way to make some extra cash by selling their collection of Coles Stikeez.

The Australian supermarket giant launched the range of collectables on February 13, in association with the Coles Fresh Rainbow Challenge.

The promotion allows shoppers to collect one miniature from the set of 24 miniature fruits and vegetables for every $30 spent.

While parents are busy trying to piece together full sets, partial collections have started to emerge online, with one seller listing their collection of nine figurines on eBay Australia for $200. 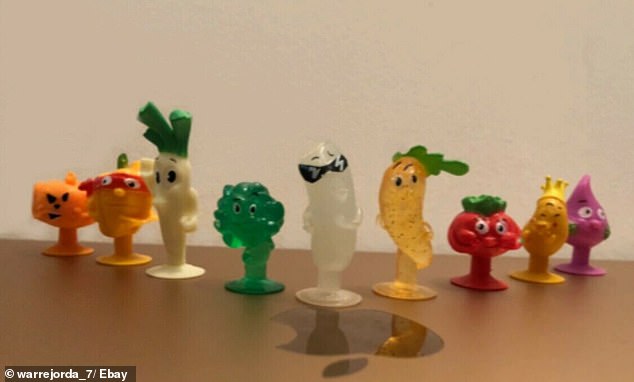 The listing explains three of the Stikeez are the rare sort, while the other six are the normal variety.

Coles has launched a number of limited edition figurines including a glow-in-the-dark cucumber, an item featured in the auction listing.

It’s not the first time the collection has made headlines with recent reports revealing entire sets were available for sale just a day after the campaign launch.

Single miniatures were being sold on Facebook for $30 each, while a complete set being sold on eBay came with a Buy it Now Price of $500.

Parents, outraged at the exorbitant asking prices, slammed the ‘greedy’ re-sellers, according to Yahoo 7. 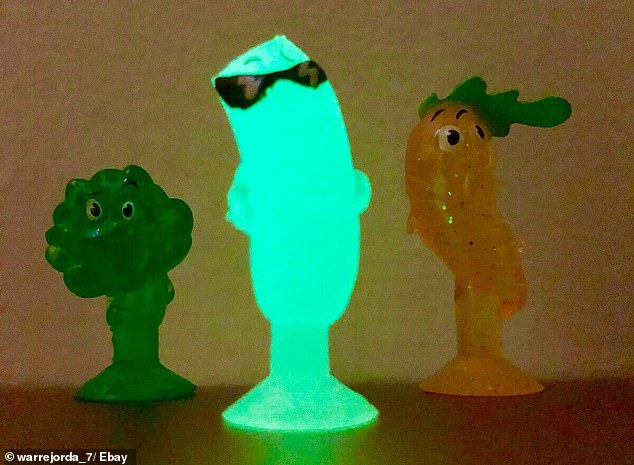 ‘Makes me god damn sick of how greedy some people are over these things,’ one woman wrote. 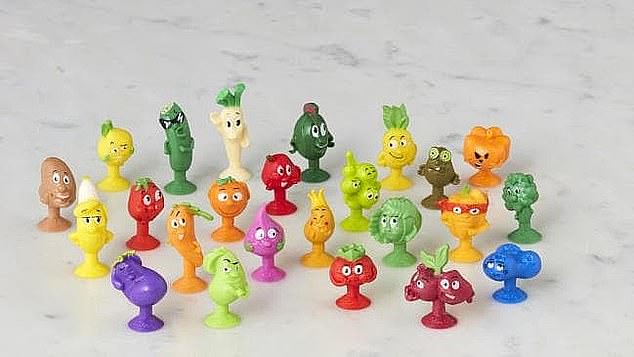 Some have also claimed there was a possibility of Coles staff selling the entire collections online, News.com.au reported.

However, this was strenuously denied by Coles who stated the Stikeez could not be sold on eBay by employees.

‘We did send a very small number of samples to people involved in (the) campaign,’ the spokeswoman said.

‘While we certainly don’t encourage the merchandise to be resold we’re unable to prevent it.’