Rose McGowan sure knows how to turn heads.

The former Charmed star stepped out in a gorgeous ensemble on Friday night while at the private club Annabel’s in London.

The 45-year-old women’s rights advocate stood out in a stunning red kimono wrap that was belted and had orange feathers at the elbows and at the ends of the belt. 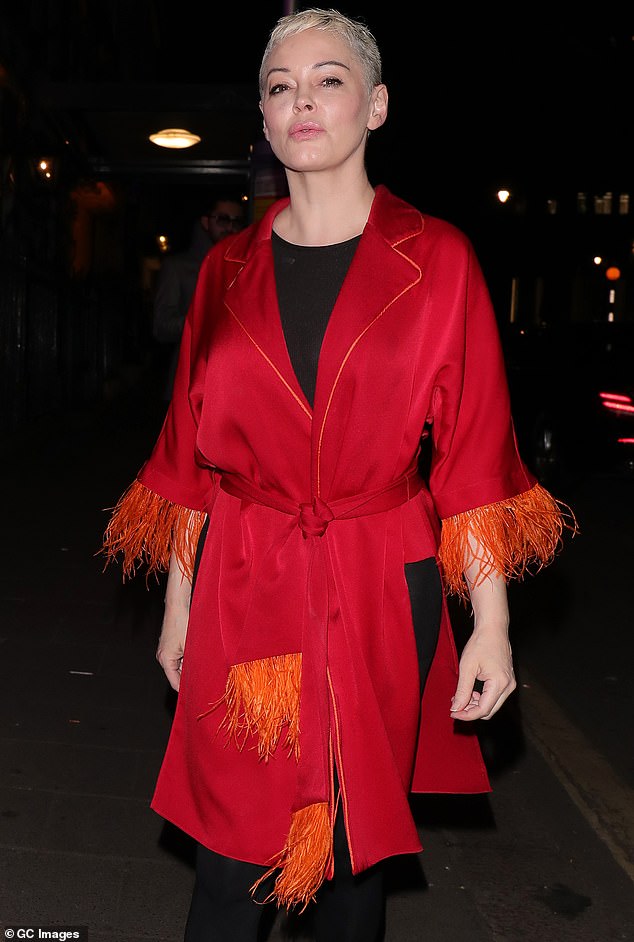 Eye catching: Rose McGowan turned heads in on Friday night, donning a beautiful red kimono wrap style top with orange feathers for a night out at Annabel’s in London

The robe also had a print on the back.

With her simple makeup and short cropped platinum blonde locks, the outspoken activist cut a striking look as she entered the club.

The writer has been on a recent press launch for the paperback version of her book Brave. 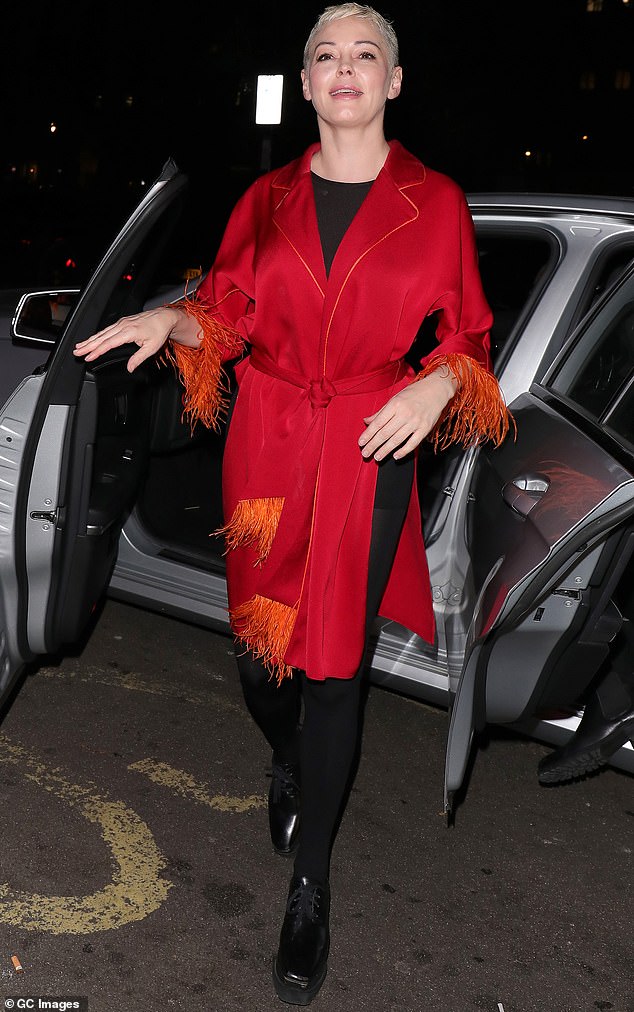 She took to her Twitter on Thursday to blast the media in a series of tweets.

‘Aha! Moment. I have come to conclude that the press bores the living s*** out of me. After finishing a pseudo press launch for my paperback, Brave, and talking to mostly f******* who are not living in their best mental lives. For this reason, I am done giving interviews,’ McGowan wrote on her Twitter account.

The controversial author continued, ‘I’m realizing that Fake News is letting yourself be used by narrow minds to sell their stereotypes of you and others I call you all out most of you are lazy a** press people (excluding those imprisoned) the press isn’t under assault by anything but its own stupidity. G****** y’all.’ 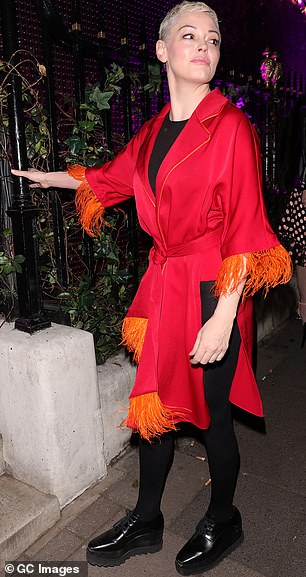 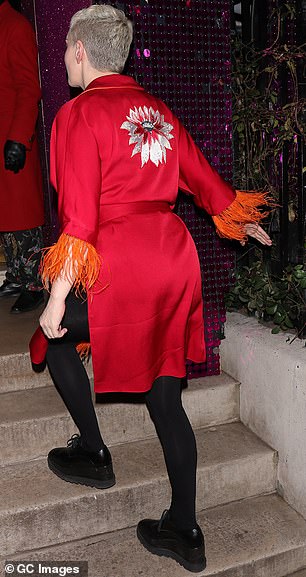 Lady in red: The sultry siren’s kimono top also featured orange feathers at the ends of the knotted belt and a large intricate flower design on the back

These tweets come on the heels of the writer’s comments in early March on BBC Radio 5 Live Headliners that Michael Jackson fans need to accept that the late pop singer ‘was a bad man.’

‘It doesn’t mean that you can’t listen to or enjoy his music, you just have to understand that people are really complex and this person had a particular complexity that hurt a lot of others.’

McGowan has been outspoken since 2017 about her own alleged abuse by disgraced movie mogul Harvey Weinstein. 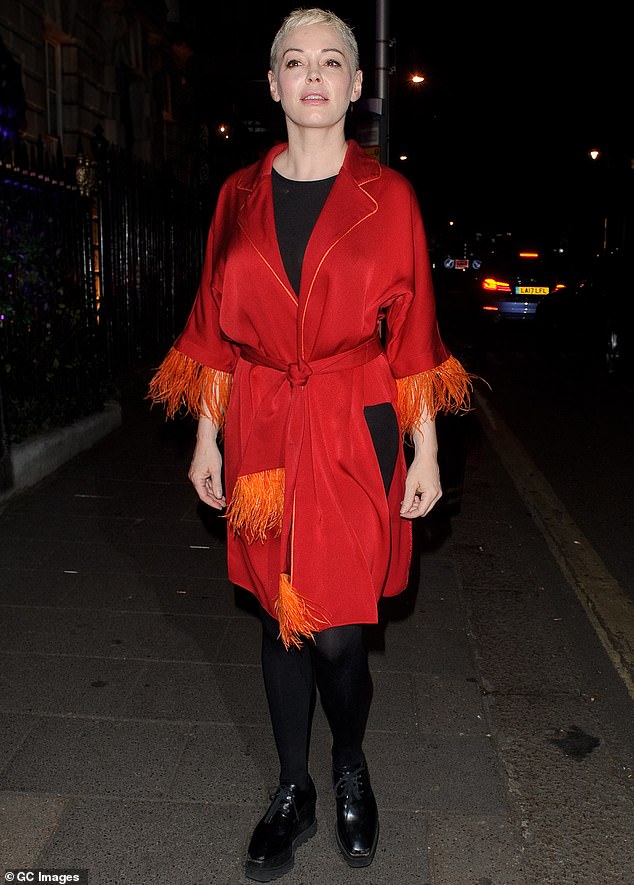