She’s getting ready to fly to the U.S. for the Coachella music festival next month.

And it looks like Rebecca Judd is taking her preparations seriously, and is already planning what she will wear for the event.

The mother-of-four, 36, shared a photo to Instagram on Wednesday of herself trying on designer footwear, which she described as her ‘Coachella boots’. 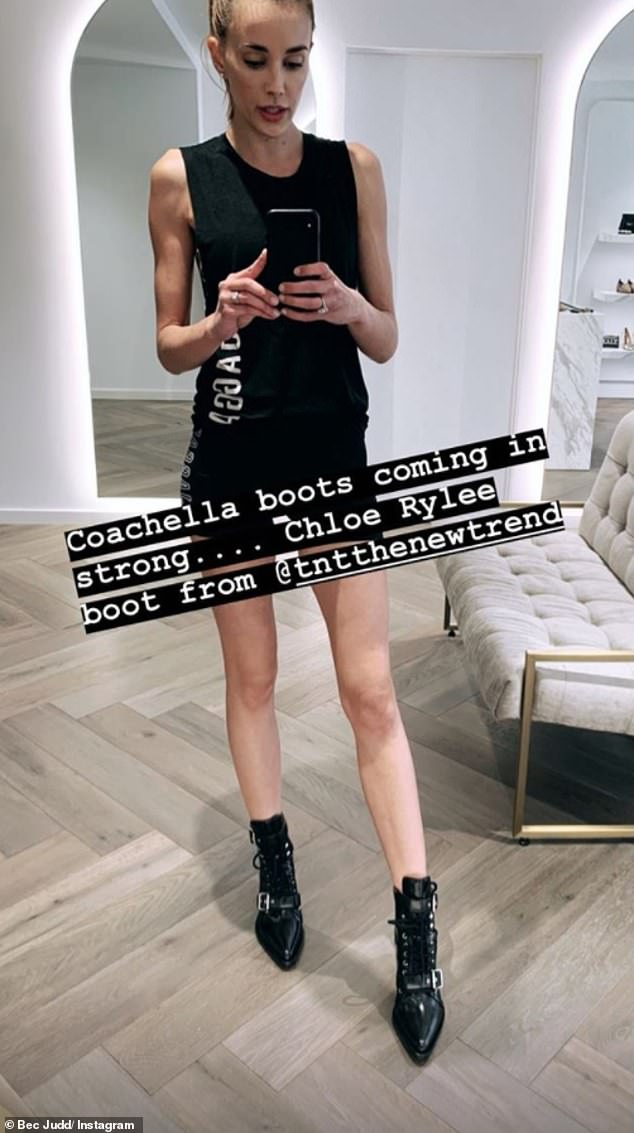 Legging it! Rebecca Judd, 35, revealed her long legs and slender frame in bike shorts and a singlet while showcasing the boots she plans to wear at Coachella on Wednesday

In the photo, the Postcards host flaunted her tiny frame in bike shorts and a matching black singlet.

Rebecca looked ready for a morning workout, as she had swept her brunette hair back into a no-nonsense ponytail. 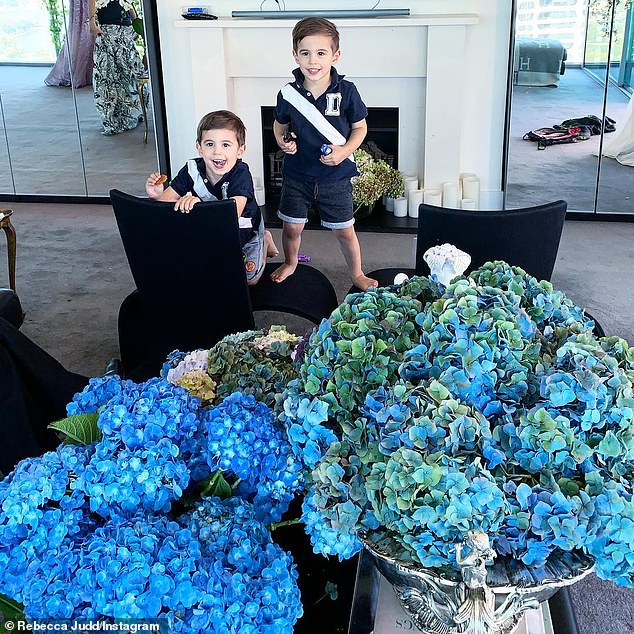 ‘Coachella fittings at @jatoncouture with my little monkeys’: It comes after the busy Postcards presenter shared a candid behind-the-scenes photo of herself organising her Coachella wardrobe at home with a stylist

It comes after Rebecca offered a glimpse of her Coachella wardrobe during a clothes fitting with her stylist in Melbourne.

She shared a photo of her lively twin sons Darcy and Tom, two, climbing on furniture as she tried on a selection of outfits by J’Aton Couture.

‘Coachella fittings at @jatoncouture with my little monkeys,’ she captioned the snap. 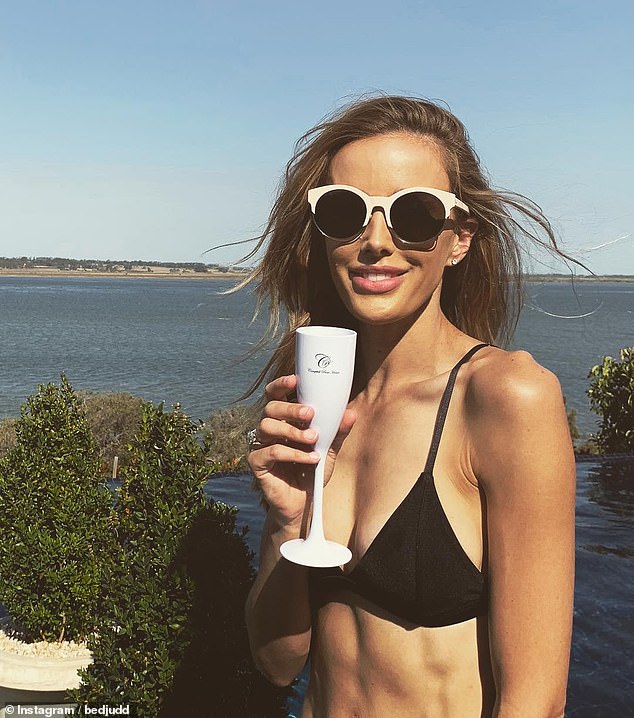 Glitzy: Bec, who has established herself as an influential figure in the Australian fashion scene,  recently collaborated with jewelry brand Paul Bram to launch her own diamond ring collection

Rebecca, a former runway model, is known to wear J’Aton Couture on the red carpet.

She also recently collaborated with jewellery brand Paul Bram to launch her own diamond ring collection. 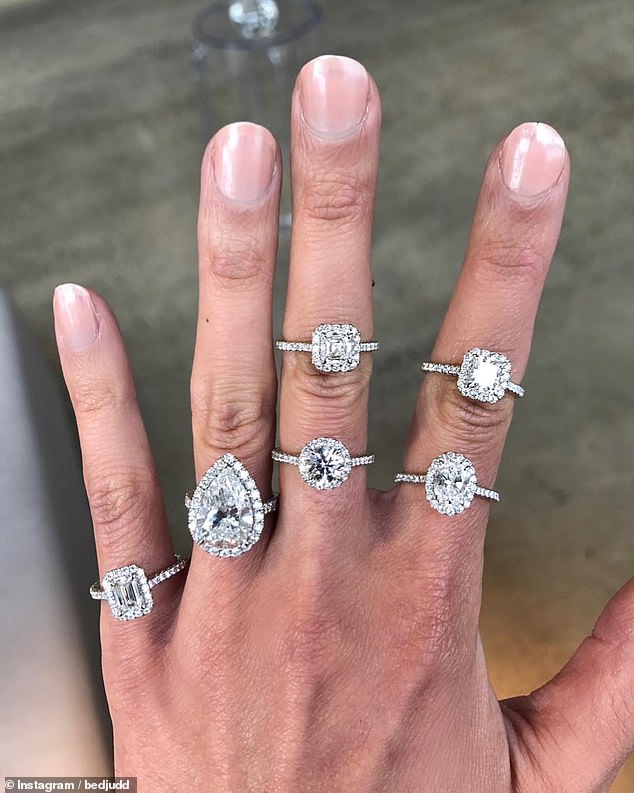 Dripping in diamonds! She recently modelled the six-ring collection on her lean and long fingers in a recent Instagram snap