Like the cat! Iggy Azalea celebrates raunchy comeback single KREAM going GOLD …after the rapper ‘gave up’ on music when her last three singles failed to make the top 100

The buxom singer, who spoke candidly about almost ‘giving up’ on her career last year, has sold over 500,000 copies of the raunchy song.

Taking to Instagram on Thursday, the blonde bombshell was clearly elated with strong sales of the risque track. 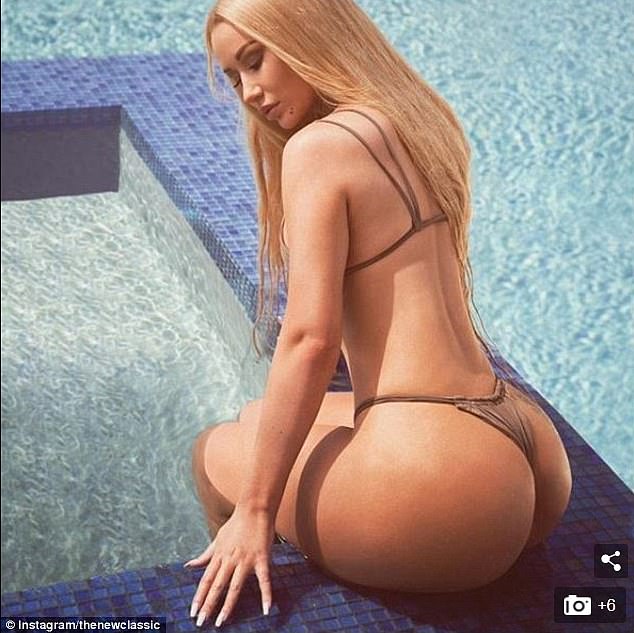 ‘KREAM is gold in the USA,’ she begun, sharing a shocked face emoji.

Iggy posted a snap of an e-mail from Island Records COO Eric Wong, who shared the exciting news with the controversial rap star.

The Fancy singer went on to thank her fans for their support, saying she is moving into a ‘new era of music.’

‘I’m working hard to make you all proud,’ she wrote. 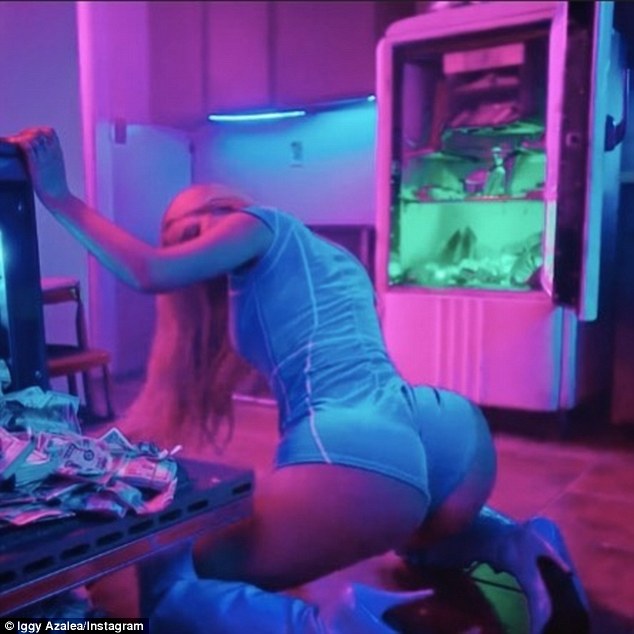 ‘KREAM is gold in the USA’: Iggy (pictured) said she was making a new era of music, as well as adding she was ‘working hard’ to make her fans proud of her. Pictured in the music video

Iggy has suffered a number of career woes after dropping her smash hit album The New Classic in 2014, which heralded the singles Fancy and Pretty Girls.

Her 2016 song Team went gold, but her three follow-up singles Switch, Mo Bounce and Savior all failed to crack the top 100 despite heavy promotion.

Kream debuted at No. 96 on the Billboard Hot 100, when it was released to the US charts last July. 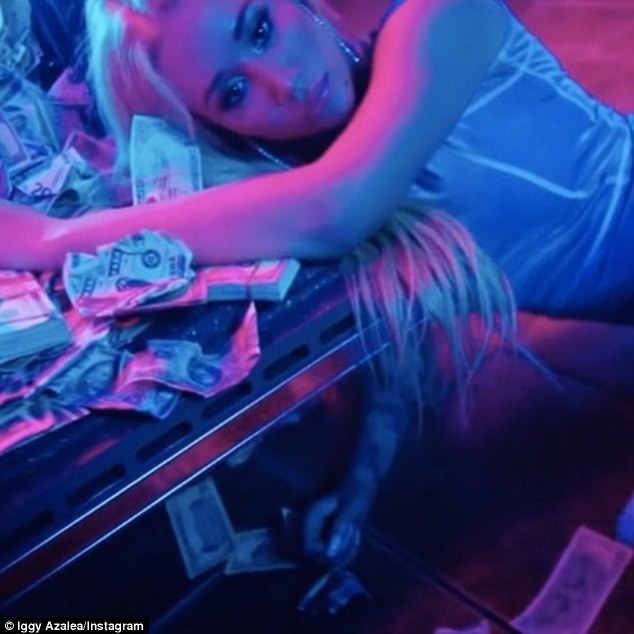 Back on top!  Iggy is seeing chart success with raunchy single KREAM after her last three singles Switch, Mo Bounce and Savior failed to reach the top 100

Iggy took to Instagram in July last year, candidly telling fans it was a difficult road, adding ‘there were days when I felt like giving up’ on her career.

In the rambling video message at the same time, Iggy revealed she went through periods of self-doubt after reaching worldwide fame in her early twenties.

‘It’s a very unfortunate feeling we feel sometimes in ourselves where we question if we’ve seen the best of our lives’, she candidly stated. 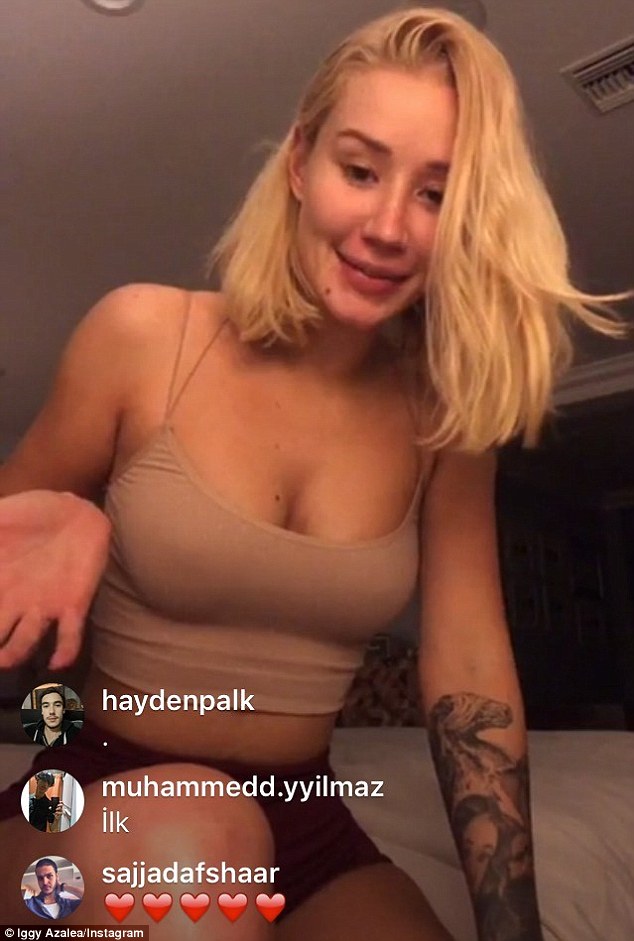 ‘This is the best day I’ve had in years!’ Elated Iggy Azalea thanked fans in a  late-night video shared in July as she answered questioned about the KREAM music video

However, the buxom beauty said at the time that she felt confident about KREAM: ‘I feel like I’m finally getting to put out music I want to put out.’

‘It’s nice to feel like I’m starting from the beginning again and to have you guys still supporting me,’ Iggy said.

She excitedly added: ‘This is the best day I’ve had in years!’ 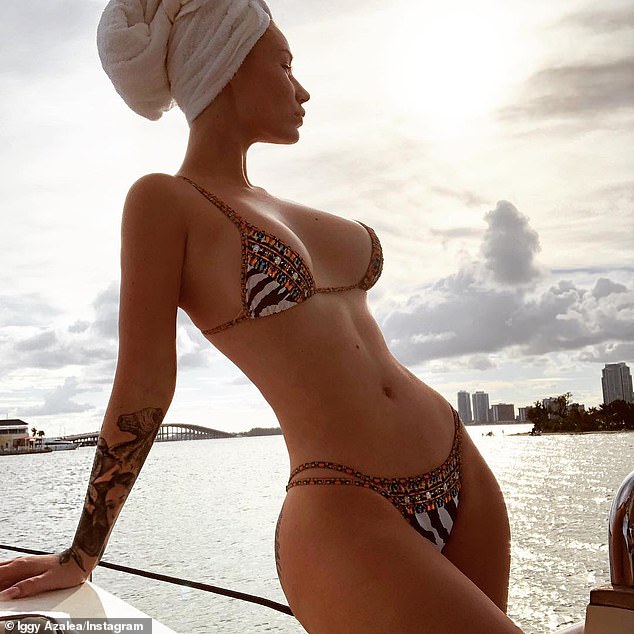 ‘I just kinda thought I’d throw my project out there and I didn’t expect anybody to really have a response to it’: Iggy (pictured) said she was surprised KREAM was a hit in July of last year

Speaking to Power 106 Los Angeles following the release of the video, Iggy said she was surprised by the positive response from fans.

‘I just kinda thought I’d throw my project out there and I didn’t expect anybody to really have a response to it,’ she admitted.

The Australian songstress added: ‘Just because of how the last few years have been not the best for me, we all know.’ 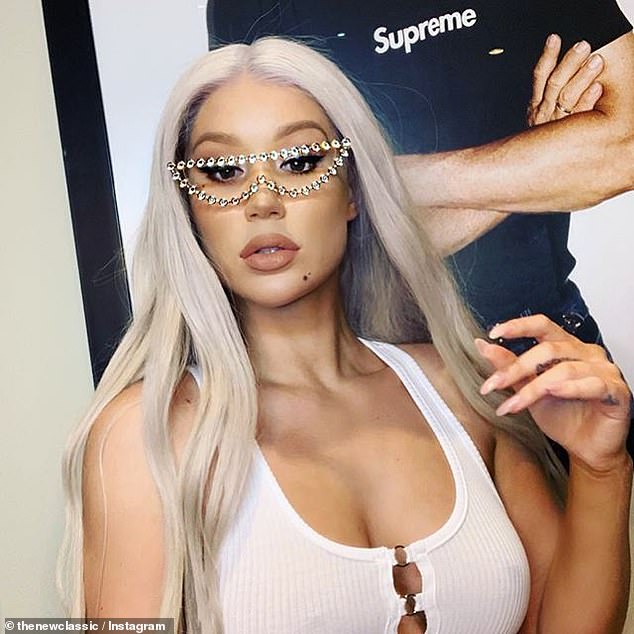 ‘Just because of how the last few years have been not the best for me, we all know’: Iggy (pictured) has been candid about her struggles for chart success following The New Classic