One in three women suffers with incontinence, usually as a result of weakening of the muscles that control urination, such as the urethral sphincter, or the pelvic floor (a hammock of muscles that runs from the pubic bone to the spine, supporting the bladder, bowel and womb).

There are different types, including stress incontinence — the most common form — which leads to leaks of urine when you cough, sneeze or laugh. Urge incontinence causes a sudden need to go as the bladder spasms.

There is a range of products that claim to help with these problems. We asked Dr Penelope Law, a consultant obstetrician and gynaecologist at Hillingdon Hospital and The Portland Hospital in London, to assess a selection. We then rated them. 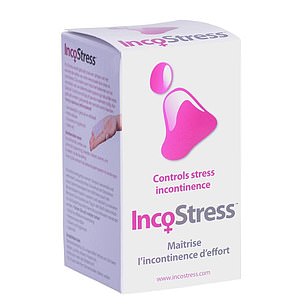 INCOSTRESS: This soft silicone device is said to place pressure against the urethra, supporting it to prevent the involuntary loss of urine

CLAIM: This soft silicone device, inserted like a tampon, is said to place pressure against the urethra, the tube that carries urine from the bladder and out of the body, supporting it to prevent the involuntary loss of urine.

EXPERT VERDICT: This will support the urethra and the pelvic floor to stop urine leakage. It is a good short-term solution for extra support while exercising, for example, to prevent stress incontinence, but I wouldn’t advise using it for too long as I’d be worried about the risk of infection as a result of urine being stopped and bacteria building up in the bladder. It also looks like it would be quite heavy and uncomfortable to wear all day. 7/10 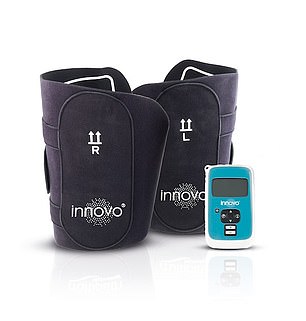 INNOVO: This hand-held controller attached to special shorts sends impulses to the pelvic floor in each 30-minute session

CLAIM: A hand-held controller attached to special shorts. It sends impulses to the pelvic floor in each 30-minute session via conductive gel pads (attached to your upper thigh and buttocks). The idea is that electrical impulses strengthen the pelvic floor, which in turn reduces incontinence. The manufacturer advises using it for 30 minutes five days a week for up to three months to see results, then twice a week to maintain strength.

EXPERT VERDICT: Although there is evidence muscle stimulation can be effective for incontinence, I’m not sure this would get to the deep muscles in the pelvis. It would firm up the gluteal muscles in the buttocks, but not the pelvic floor. It’s also very expensive. 3/10 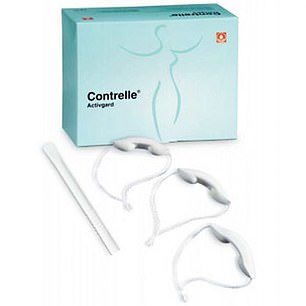 CONTRELLE ACTIVGARD: A disposable foam device that expands inside the vagina

CLAIM: A disposable foam device that expands inside the vagina. Soak it in water then insert. It unfolds to support the bladder. It can be worn for 16 hours before being replaced. The manufacturer claims 35 per cent of users say they are completely continent after using it.

EXPERT VERDICT: This may be OK as a short-term option for exercising, say, but I can’t see what would make it more effective than a tampon to hold up the vagina and the pelvic floor. It also requires a lot of effort to insert, as it’s quite fiddly — and you have to align it properly where the urethra is. I imagine anyone who is frail, has arthritis or is overweight would struggle to insert it. 5/10 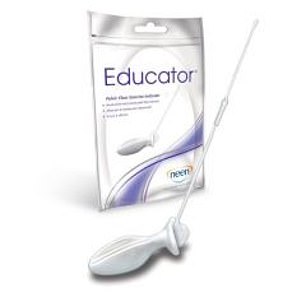 EXPERT VERDICT: This is a simple idea, is reasonably priced and will do the job of helping you strengthen your pelvic floor and give you feedback to guide you so that you are doing the exercises correctly. 8/10 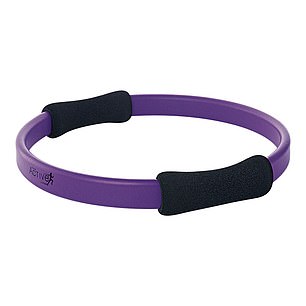 EXERCISER RING: This is a 14in ring with grip pads

CLAIM: This is a 14in ring with grip pads. You simply place the ring between your thighs and squeeze, activating your pelvic floor muscles, the maker says.

EXPERT VERDICT: I’m not sure how helpful this exercise ring would be for treating incontinence — I don’t think it is specific enough to improve the pelvic floor muscles, although it might give your buttocks and thighs a general workout. To work your pelvic floor, you have to pull upwards from the inside — to identify the right muscles, try to stop your urine mid-flow when you are on the loo. 2/10 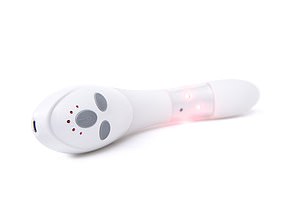 VSCULPT: This external, hand-held device delivers a combination of LED light energy, heat and vibrations through the skin around the pelvic region

CLAIM: This hand-held device delivers a combination of LED light energy, heat and vibrations around the pelvic region. Used for ten minutes a day, every other day over eight weeks, the manufacturer says it can help to rebuild the collagen to improve vaginal tissue and strengthen pelvic floor muscles.

The manufacturer says it improves blood flow and increases collagen.

One study by the company conducted at a gynaecology clinic in Seattle, U.S. and published in the journal International Urogynecology, found that in 55 patients who used the device, only 18 per cent had moderate to severe leakage after 24 sessions over 50 days, compared with 82 per cent before the study.

EXPERT VERDICT: A combination of light, heat and vibration energy can help to make pelvic tissue tighten. So in principle this might be useful, particularly after childbirth, to tighten lax vaginal muscles. However, there’s no high-quality trial evidence with large numbers of people to say this works for incontinence, and until there is, I wouldn’t spend nearly £400 on it. 4/10 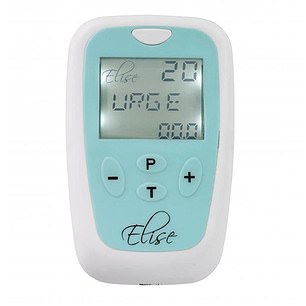 TENSCARE ELISE PELVIC EXERCISER: This uses TENS (transcutaneous electrical nerve stimulation) technology which is said to ‘work your pelvic floor muscles for you with gentle stimulation’

CLAIM: Consisting of a small probe that is inserted and operated using a small box this uses TENS (transcutaneous electrical nerve stimulation) technology which is said to ‘work your pelvic floor muscles for you with gentle stimulation’. The manufacturer recommends using it for 20 minutes a day for three months for stress and urge incontinence. There is also a version for men.

EXPERT VERDICT: TENS machines are helpful for pain relief by blocking pain messages from nerves. In this context, it would be the vibration mechanism that could strengthen pelvic floor muscles. This strikes me as quite a good product, it’s small, easy to insert and control — and you can do your pelvic floor exercises at the same time as the stimulation. I think it would be effective. 9/10