She previously revealed she had ‘quite a lot of fun’ gaining two and a half stone for her role as Queen Anne in The Favourite.

And fresh from winning Best Actress at last weekend’s Oscars, Olivia Colman’s personal trainer has revealed exactly how he helped her get back into shape after filming wrapped up.

Dalton Wong, the founder of TwentyTwo Training, a London-based gym, helped the former Peep Show actress look in top shape in order to wow on red carpets during awards season.

And the regime clearly worked its magic with Olivia singing Dalton’s praises. 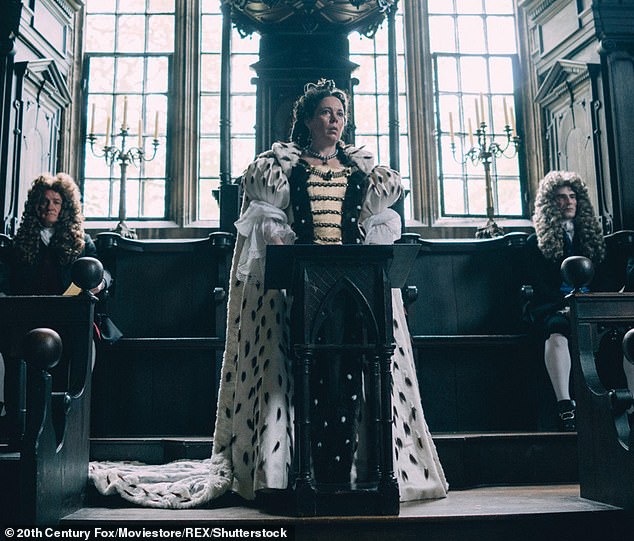 Olivia (pictured as Queen Anne in The Favourite) shed the weight for awards season, and her role as Queen Elizabeth II in the upcoming series of the crown 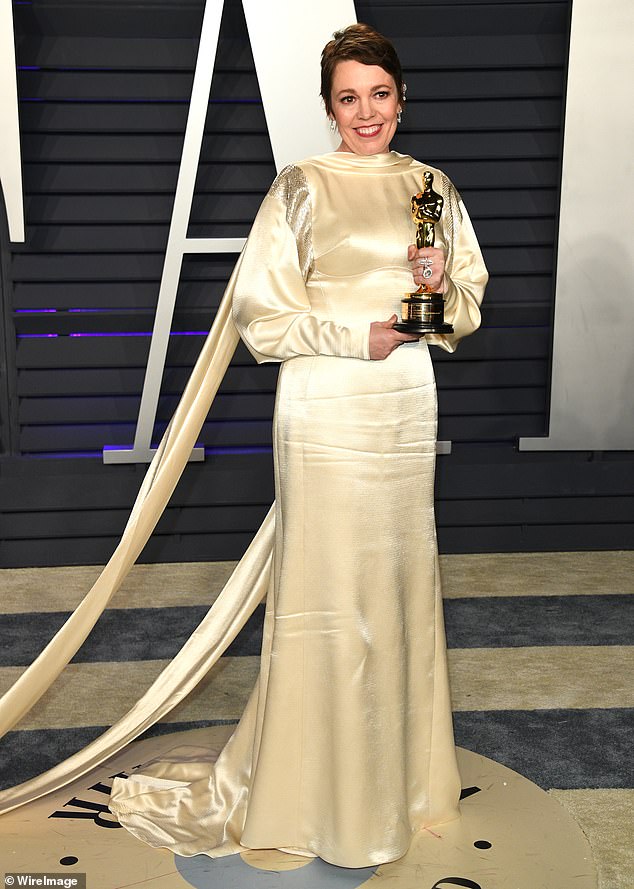 Olivia Colman, who scooped the Oscar for Best Actress earlier this week (pictured) said that Dalton Wong was an ‘absolute rock’ after she gained 2.5 stone to play Queen Anne

‘Dalton has changed the way I look at fitness and nutrition. He’s been an absolute rock to me and helped me change my body shape completely. He definitely delivers’ she told Vogue.

Speaking to the publication, Dalton explained there are three levels types of cardio that should be performed throughout the week.

‘Steady: (where you maintain normal breathing but you perform the activity for 90min-plus) in the form of long walks, cycling, hiking or swimming. 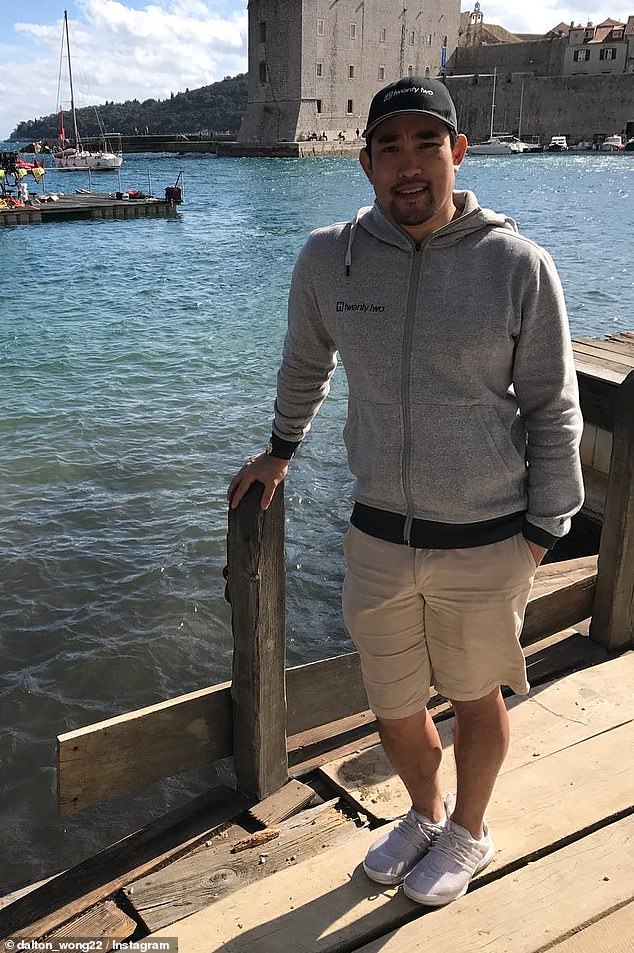 Personal trainer Dalton Wong, pictured, says it’s ‘really important that you increase your lean muscles mass the older you get’ as people tend to just slip into ‘what they’re good at’

‘Increases pace: (a pace where you are slightly out of breath but can maintain a conversation, for 30-50min) in the form of spinning, a light jog, or increased resistance on the cardio machine.

‘Sprint: (an all-out push during cardio activities, for about 10-20 seconds max. but done repeatedly with the appropriate rest breaks) in the form of sprinting and heavy weight training.’

He added he did all three types of training as they each have different health benefits  ‘from weight-loss, to heart health, increased blood flow and muscle performance.’

‘In Olivia’s case, she wanted to change her body shape for a new role, which involved helping her to improve her strength and energy levels,’ Wong  previously explained to The Telegraph, adding that there was the added incentive of awards season being just around the corner.

‘As the workouts happened to coincide with the awards season, the posture work I incorporated into her fitness regime helped her to look amazing on the red carpet.’ 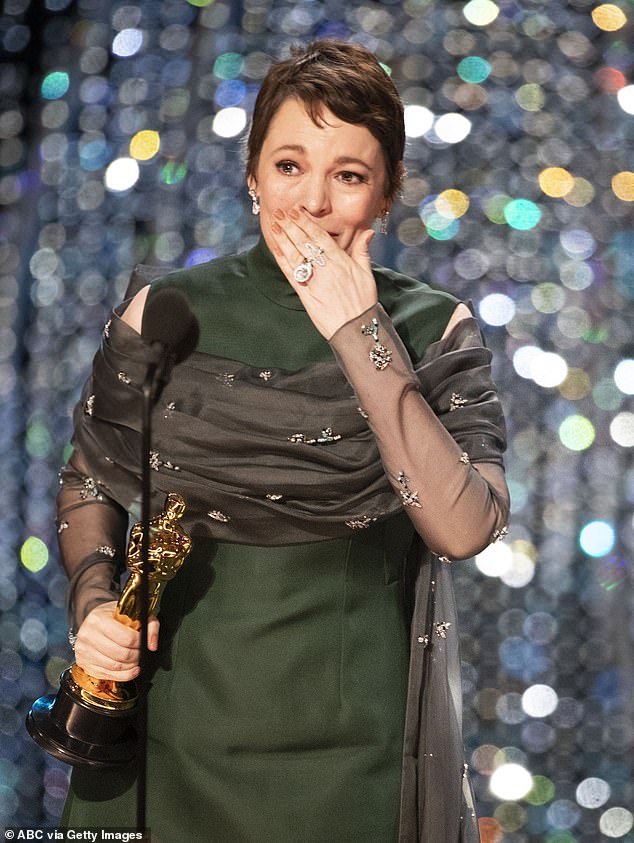 An overwhelmed Olivia Coleman is left in tears after winning the Best Actress award this week following an extraordinary journey, and has since lost the weight she gained for the role

Speaking to Harper’s Bazaar, he added:  ‘This is a key element that most people miss when devising an exercise plan. Posture is really important for all our clients, for those who walk down a red carpet and those who just want to look and feel better.’

‘It could be resistance-based ones you use in a workout, Pilates exercises that focus on the core, or yoga flow for your days off.’

Dalton says it’s ‘really important that you increase your lean muscles mass the older you get’ as people tend to just slip into ‘what they’re good at’.

He began training Olivia with her body weight and build up to weight training.

‘One of the secrets to our success for all our clients – from actors to working mothers and families – is bringing the gym to their home’ he said. ‘My Mini band and Glider package is the perfect at-home resistance-based program.

As well as exercise, Dalton worked on Olivia’s diet – and even went to the set of the Crown, where Olivia will be taking over the role of the Queen from Claire Foy, to make sure she was getting the right meals.