Nicole Kidman and Keith Urban have donated AUD $100,000 (£57,182) to support Australian farmers who have been affected by the drought and also made a plea for others to do the same in a video message that was played on Today’s Farm Aid telethon.

Nine’s Fighting For Our Farmers Drought Relief Appeal has raised over $4 million (£2.3m) for New South Wales farmers who are currently experiencing the driest condition in 50 years.

In the video, Nicole Kidman said: ‘We love Australia and we realise there’s been a crippling drought crisis and the rural communities are doing it really, really hard right now so we want to do our bit.’

The Big Little Lies actress continued: ‘We would like to donate $100,000 to the Farm Aid Telethon and we’re asking anybody else out there that would like to do anything, this is how you can do it.’ But what is Nicole Kidman’s net worth? 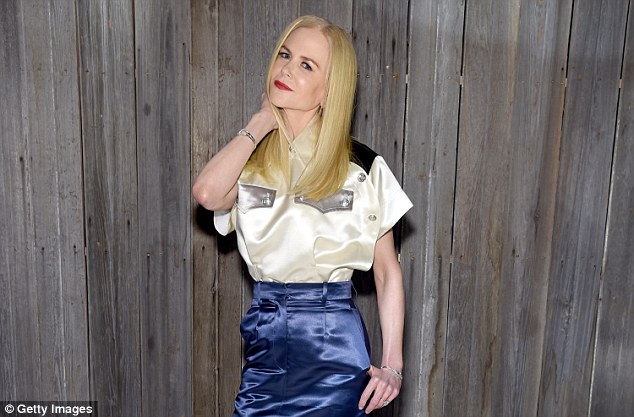 Who is Nicole Kidman?

Born Nicole Mary Kidman on June 20, 1967, she is one of Hollywood’s greatest Australian imports but was actually born in Honolulu, Hawaii because her parents, a nursing instructor and biochemist, were there on educational visas, according to IMDb.

After she was born, her family moved to Washington DC, but three years later, they returned to Sydney, where Nicole was raised and took up ballet lessons. She later started learning mime and drama and as she grew older, Nicole sought refuse in the arts.

Nicole regularly worked at the Philip Street Theater and after receiving a letter of praise from Jane Campion, who was a film student at the time, she dropped out of high school to pursue a career in acting full-time.

Her breakthrough role was in the Australian holiday classic Bush Christmas, which launched her career and she landed roles in BMX Bandits and Vietnam before making her US debut opposite Sam Neill in Dead Calm in 1989.

Nicole then starred as Tom Cruise’s love interest in Days of Thunder before appearing in Flirting, Billy Bathgate, Far and Away and My Life. She then tried to switch it up with her role in Batman Forever but soon garnered attention with To Die For, for which she took home a Golden Globe.

She then worked with Jane Campion on the adaptation of The Portrait of a Lady and months later, took on an action role in The Peacemaker. Nicole then starred opposite Tom Cruise in Eyes Wide Shut and went on to star in greats such as Moulin Rouge!, The Hours, Bewitched, Happy Feet and The Golden Compass.

Nicole’s most recent roles include Lion, The Killing of a Sacred Deer, Top of the Lake and Big Little Lies. She is expected to star in Destroyer, Boy Erased, Aquaman and The Goldfinch. 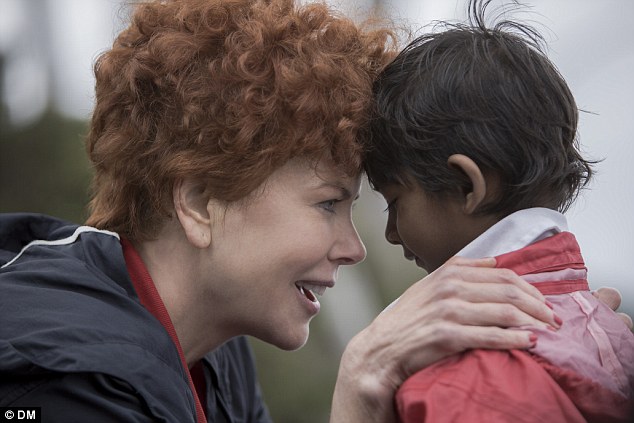 Just days ago, Big Little Lies wrapped filming for their second series and Nicole Kidman and her co-star Reese Witherspoon took to Instagram to celebrate and share tributes to the cast and crew, as reported in Harper’s Bazaar.

Although the second season is expected to land in 2019, it has been revealed by HBO Programming Chief Casey Bloys that ‘Reese and Nicole were involved, and they felt that there was more life in the characters.

‘Everybody approached it from a place of love and care [for] these characters and this property, and again, with a little dose of skepticism along the way,’ as reported in Vulture.

Reese also said in a statement that season two allowed for ‘the opportunity to delve deeper into the lives of these intriguing and intricate Monterey families and bring more of their stories back to the audience who embraced and championed them.

‘This is inspired by the overwhelming response from audiences around the world,’ added Kidman. ‘What a journey this has been. I’m so grateful to have this opportunity to keep exploring these female characters and make this series with my friends.’ 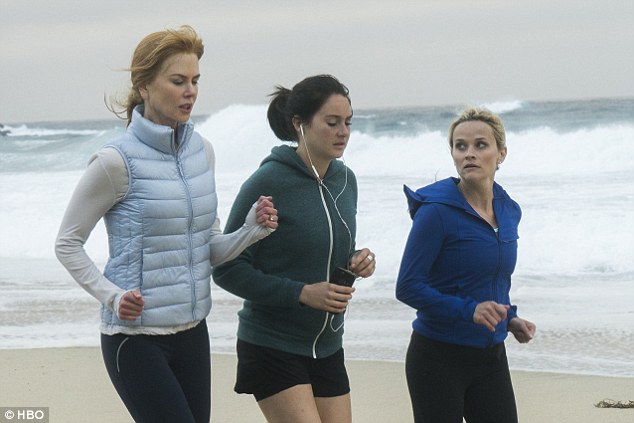 Just days ago, Big Little Lies wrapped filming for their second series, expected to air in 2019

HBO described the new series: ‘The subversive, darkly comedic drama Big Little Lies will explore the malignancy of lies, the durability of friendships, the fragility of marriage and, of course, the vicious ferocity of sound parenting. Relationships will fray, loyalties will erode… the potential for emotional and bodily injury shall loom.’

In addition to this, the entire first-season cast has been confirmed to return, with Nicole, Reese, Shailene Woodley, Zoe Kravitz and Laura Dern all coming back, in addition to Kathryn Newton, who plays Reese’s sister and Adam Scott, Madeleine’s husband.

Meryl Streep will also have a starring role in season two and is expected to shake things up as Celeste’s, Nicole’s character, mother-in-law after her son died at the end of the first season. It seems that Mary Louise will not get on with Madeleine and Reese was seen throwing ice cream at Meryl in a leaked scene.

Harper’s Bazaar revealed that both Nicole Kidman and Reese Witherspoon will be paid $1 million (£720,000) per episode of Big Little Lies season two, after news also emerged that Andrea Arnold had been hired to replace director Jean-Marc Vallée. 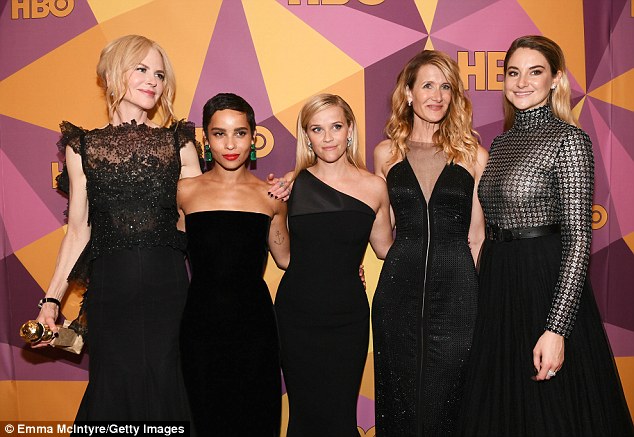 As reported by Vanity Fair, Nicole Kidman will also be taking on a role in Karyn Kusama’s Destroyer, in which she plays an LAPD cop who is still traumatised by her experience going undercover with a criminal gang.

Destroyer, which also stars Tatiana Maslany, Bradley Whitford, and Sebastian Stan, is Kusama’s follow-up to 2016’s The Invitation. It will debut at the Toronto International Film Festival in early September, before opening in theaters December 25.

Nicole Kidman and Tom Cruise were Hollywood’s ‘it’ couple throughout the 90s before their very public split in 2001. They met in 1989 at Nicole’s audition for Days of Thunder and they married shortly after on December 24, 1990, as reported by Popsugar.

Together, they adopted two children, Connor and Isabella, but in 2001, Tom filed for divorce, seemingly out of the blue, and requested joint custody of their children. While reasons for their split have not been made clear, rumours emerged that his Scientology played a part. 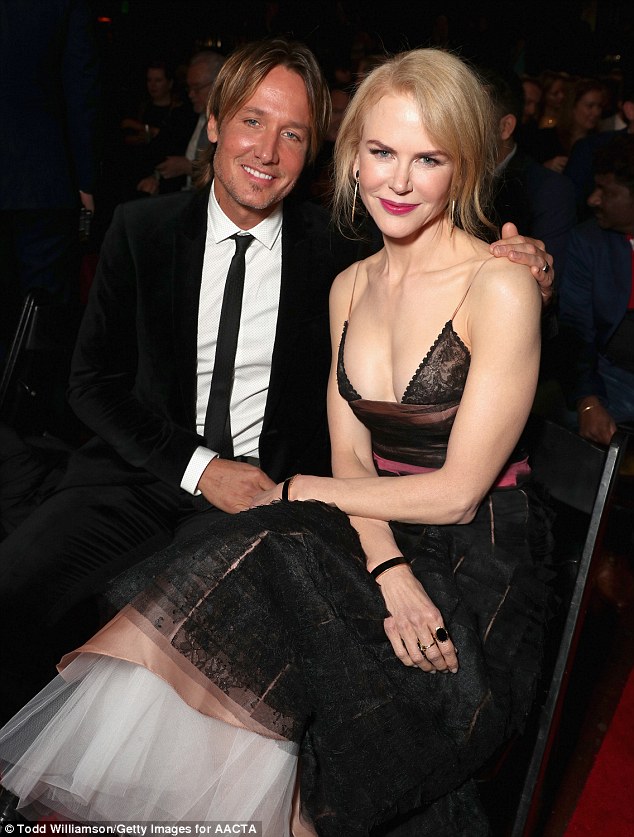 After her divorce from Tom Cruise, Nicole travelled to Romania to appear in Cold Mountain, star in Moulin Rouge! and played Virginia Woolf in the adaptation of The Hours, for which she won an Oscar.

Nicole revealed at the Women in the World Summit in 2015 that during this time, she ‘was the loneliest I’d ever been’. She continued: ‘I was able to navigate through about five or six years and then I sort of stumbled into Keith, literally stumbled into him.’

They met in 2005 at the G’Day USA gala and after a few months, started to spend time together in New York and Nashville before they travelled the country on Keith’s Alive in ‘05 tour and by the end of the year, she had a ring on her finger.

Nicole and Keith married at the Cardinal Cerretti Memorial Chapel on St. Patrick’s Estate at Manly in Sydney and then went off on their honeymoon in French Polynesia. They have two children together, Faith Margaret and Sunday Rose. 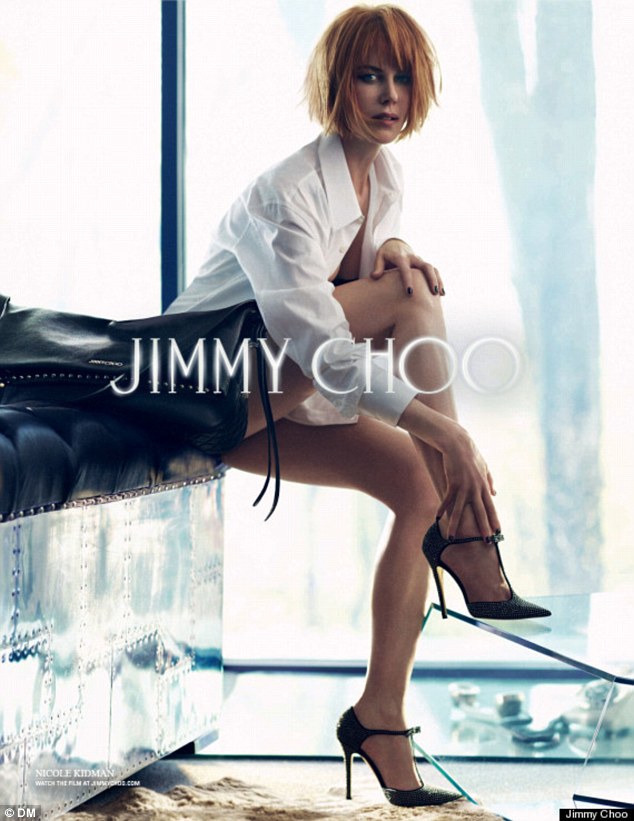 Nicole Kidman seen here in an advert for Jimmy Choo, one of many companies she endorses

The Australian Financial Review listed her at number 197 on their 2017 Rich List, putting her wealth at AUD $338 million, or $259 million (£193m). That made her the highest ranking celebrity on the list. Kidman also has endorsement deals with companies like Neutrogena, Etihad Airways, Omega watches, and Swisse vitamins, as reported by Country Living.

Keith and Nicole have a $4.9 million (£3.8m) home in Nashville and a $4.7 million (£3.7m) mansion in Beverly Hills. They have also reportedly been buying top-floor apartments in Sydney, Australia and spend time on a $4.5 million (£3.5m) yacht, Sunseeker Manhattan 74.

Forbes reported that in 2008, they bought a 110-acre farm outside Sydney for $4.8 million (£3.7m); the property features a six-bedroom mansion that was originally built in 1878. Kidman gave Vogue a tour of the stunning estate back in 2015.

In 2010, Curbed reported the couple bought a condo in the Chelsea neighborhood of New York City, spending $10 million (£7.8m) in a building that has a car elevator and a Sky Garage, letting them lift their cars in the air so they can park outside their front doors.

In December 2017, it was reported the couple was selling their property in Franklin, Tennessee, where they have lived since 2017. The price tag for that one is around $3.45 million (£2.7m) and that property makes up 35 acres, and features a farmhouse and guest cottage.