In a scene reminiscent of Frozen, an amazing video shows the moment a bubble freezes into a perfect ice orb.

The video was taken by Tanya Stafford in Reno, Nevada, in temperatures of 15 degrees below Celsius.

Shot at sunrise, it shows a bubble being blown from a red straw on to an icy surface. 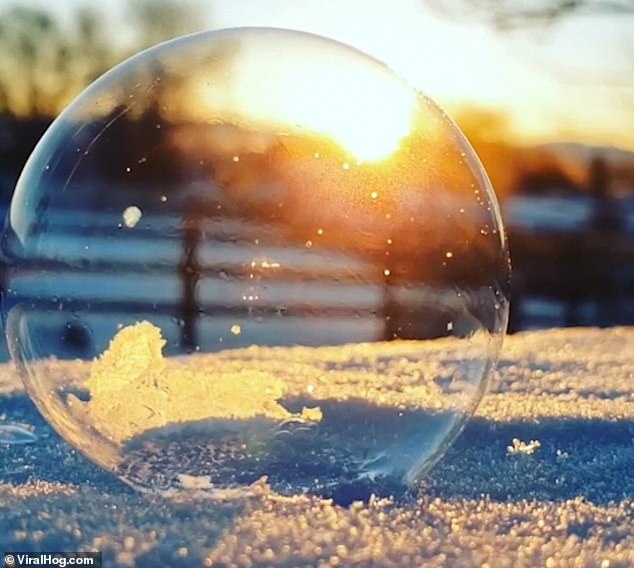 Tanya Stafford blows a bubble on to an icy surface during a freezing morning in Reno, Nevada

The close-up camera sees the bubble wobbling as it settles before the magic takes hold.

Suddenly the bubble, as if touched by Elsa’s powers, starts to turn to ice.

It takes only a matter of seconds for the ice to appear on the surface of the bubble due to the freezing Nevada weather. 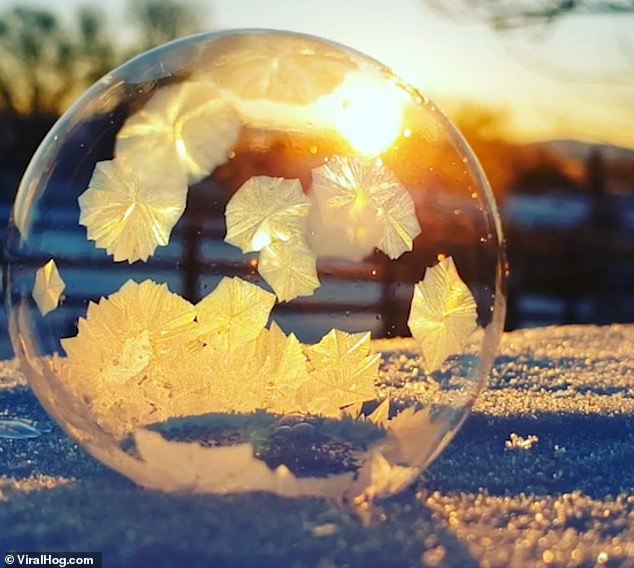 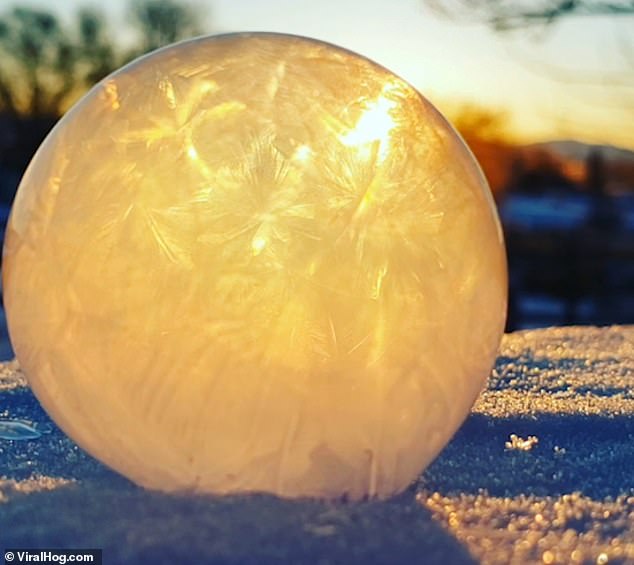 Goldenball: The bubble turns into an icy orb illuminated by the stunning morning sun

It appears in spots around the bubble before spreading to form a perfect sphere.

The soap in the bubble encases the water in the mixture and the water freezes before it has a chance to burst.

In warmer weather, the water inside will expand and pop the bubble.

The video shows the icy orb illuminated with a golden glow from the morning sun.