My haven, Judith Keppel: The 76-year-old Eggheads quiz expert in the living room and kitchen of her house in south-west London 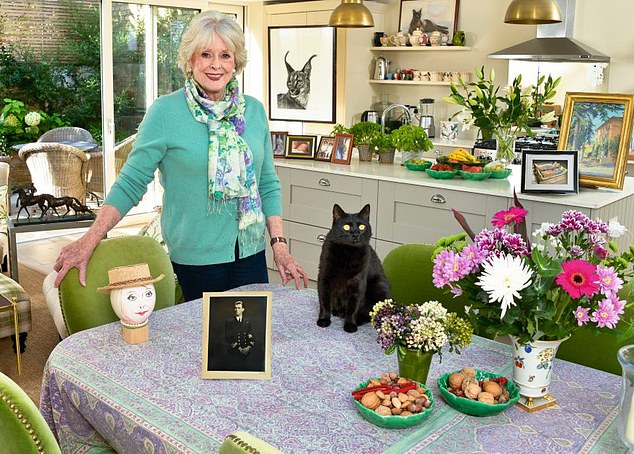 Judith Keppel, 76, shares the items of personal significance inside the living room and kitchen of her home in South-West London

I love this room because I can pull back the doors and feel a part of the garden, but it’s also where I cook for my family.

I used to worry about my finances so it’s such a relief to know I don’t have to thanks to this £1 million I got when I was the first ever winner of Who Wants To Be A Millionaire? in 2000.

It’s a reminder of a special time – I still have to pinch myself sometimes to assure myself it wasn’t a dream – though the cheque’s been cashed so is now worthless.

My daughter Rosie (I have another, Sibylla, and a son, Alexander) has always been mad about big cats, and she did this wonderful drawing of an African wildcat.

She turned professional after studying art and she photographs wild animals in India, Africa and London Zoo so her charcoals are as lifelike as possible.

I had to pay for my drawing just like everyone else.

The question that won me £1 million was ‘Who was Eleanor of Aquitaine married to?’ On a trip back from France I’d chanced upon her and her husband Henry II’s tomb in Fontevraud Abbey, and that’s how I knew.

So she changed my life and I think of her as my patron saint. 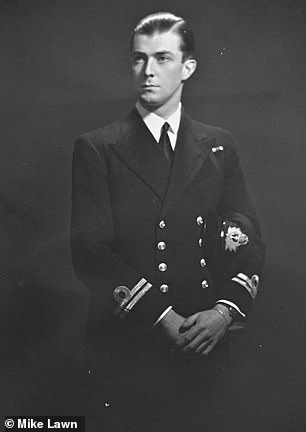 Judith treasures a photo of her father Walter, (pictured) taken during his twenties

She was a wise and glamorous queen who’s called ‘the grandmother of Europe’ because so many of her descendants became monarchs or consorts.

Looking at this quirky ostrich egg with my face painted on it, wearing a straw hat and with pearls around my neck, always makes me chuckle.

It was made by a friend of mine, Donald Douglas, who’s an actor and artist.

He gave it to me as a jokey Eggheads-themed birthday present – this year is now my 16th year on the show.

I assume there’s no baby ostrich inside waiting to hatch, but in any case I’m terrified of dropping the egg in case it breaks!

The first time I saw my father, Walter, I was just five. He joined the Royal Navy aged 13 and was in Malta being bombed when I was born in 1942.

I went with my mother, Aline, to Devonport in Plymouth to meet his ship, the aircraft carrier HMS Glory, and remember seeing him as a lone figure standing on the prow.

I love this photo of him in his uniform in his twenties. He was always a very glamorous figure to me.

When I was in France a couple of years ago a friend’s neighbour bonded with a stray cat while having a long, boozy lunch out and took it home.

Once he’d sobered up he thought, ‘What have I done?’ and he ended up giving her to me.

I had to stay an extra week to sort out a passport for Sylvie, pictured here, before I came back to London, but she’s adjusted well and is great company.

We chat all the time.