MORE blood pressure pills recalled over carcinogen fears: 4th round of losartan pulled from US market as the global drug shortage drags on for almost a YEAR

A fourth round of blood pressure pills have been recalled over fears they may contain carcinogens.

The move is part of an ongoing scramble to weed out drugs made in China and India, and dispatched across the world, that were contaminated with NMBA, NMDA, and NDEA – all potential cancer-causing chemicals.

The scandal was kept under wraps for a year before health officials finally acknowledged the contamination – and that more than two million people had been exposed.

Once it broke, it prompted a global shortage of the most commonly used blood pressure drugs – valsartan, irbesartan and losartan – that is still dragging on almost a year later. 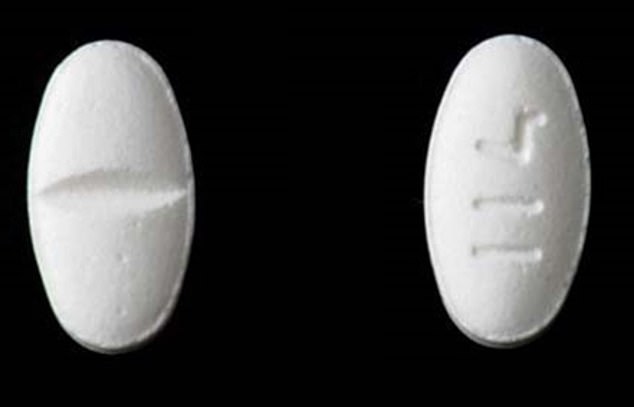 The global drug recall has been dragging on for months, and on Thursday more were added

Two weeks ago, the US Food and Drug Administration put out a suggestion to Americans to keep taking their possibly contaminated pills since there is no sign of replacement pills any time soon.

And just as well, given the latest recall.

The issue has hit Europe hard, too.

European regulators were the first to detect the contamination in spring 2018 and started taking action cutting off the offending supply. In summer 2018, the FDA followed suit.

Then, generic drugmakers such as Mylan NV, Teva Pharmaceutical and Novartis’ Sandoz have recalled products containing the tainted ingredients.

It now transpires the FDA’s own inspector allegedly raised concerns about contaminants and quality controls at China’s Zhejiang Huahai Pharmaceuticals Co a year before any action was taken, with authorities brushing the concerns aside, according to a Bloomberg expose.

Throughout the months-long investigation, more and more drugs were added to the list of contaminated drugs.

In January, the FDA confirmed that another cancer-causing toxin, N-Nitroso-N-methyl-4-aminobutyric acid (NMBA), had been identified in 87 lots of losartan potassium pills made in India.

Controlling for NDEA, NDMA and NMBA is complicated.

They appear to be a byproduct of chemical interactions, though it’s not clear exactly which ones.

But regulators have been forced to find an alternative to plug the gap for the growing number of patients who require angiotensin II receptor blockers, or ARBs, to treat high blood pressure.