An Oregon mother-of-one is suing four clinics, five doctors and a nurse for allegedly dismissing her brain tumor symptoms as just a migraine.

Between 2010 and 2017, 29-year-old Erica Fletes, of Eugene, was suffering from head pain, blurred vision and neck pain.

A brain scan in 2012 revealed the tumor, but the doctor who interpreted the results allegedly missed it.

It wasn’t until a visit to an eye doctor in May 2017 that the tumor was found – and had grown double in size.

Fletes filed the suit on February 15 in Lane County Circuit Court, asking for $10 million in damages, reported the Register-Guard. 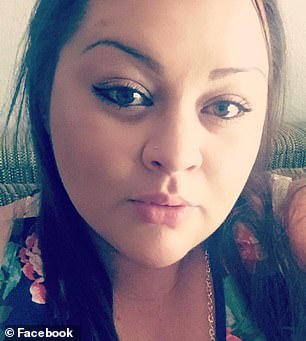 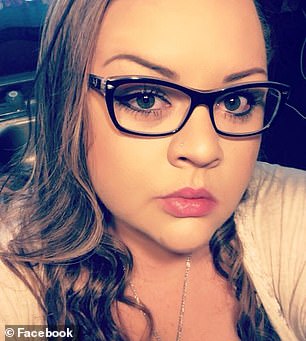 Mother-of-one Erica Fletes, 29 (left and right), of Eugene, Oregon, was experiencing head pain, blurred vision and neck pain since at least 2010. She underwent a brain scan in 2012, which showed a tumor, but a radiologist allegedly missed it 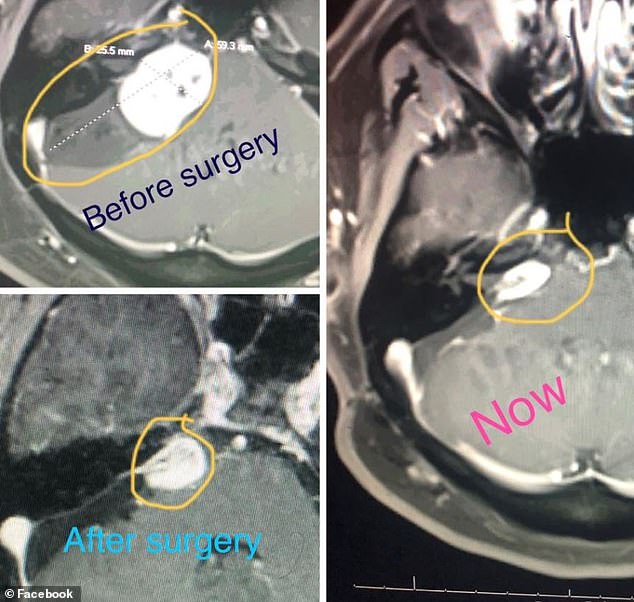 According to the Register-Guard, the lawsuit states that Fletes had been suffering from migraines since at least 2010 and reported symptoms to her primary care physician Dr Donald Mackay.

He had Fletes undergo a brain scan in 2012 at Peacehealth Medical Center at Riverbend.

The scan showed a mass on her brain – 2.2 centimeters by 1.1 centimeters – but radiologist Dr Stephan Thiede allegedly missed it, according to the Register-Guard.

Fletes continued to suffer the same symptoms and said she was having a ‘daily headache that felt like a sledgehammer hitting her in the back of the head and radiating around to the front of the head’, the lawsuit says.

She described the symptoms to family medicine physician Dr Galen Griffin at Oregon Medical Group in 2014.

The Register-Guard reports that he didn’t order a brain scan and instead prescribed her muscles relaxers in 2015.

But the symptoms were relentless and, in February 2017, Fletes said she visited the emergency room at McKenzie-Willamette Medical Center in Springfield.

The lawsuit states that she complained of sensitivity to light, throbbing headaches, nausea, numbness in her right face and both arms, and foggy vision in her right eye.

Fletes was evaluated for stroke symptoms, but she was told she had an atypical migraine and was allowed to go home, according to the lawsuit.

That same month she went to visit her primary care doctor, Dr Mackay, to discuss her ER visit.

According to the lawsuit, Dr Mackay acknowledged Fletes’s symptoms, but did not order any brain scans as he had before, nor did he refer her to a specialist.

She returned one month later, in March, complaining of pain in her shoulders and upper spine, but no scans were ordered or referrals given, the Register-Guard reports.

She described headaches and a ‘pressure-like sensation’ in her beck, but Dr Karki did not issue a referral or order brain scans, according to the lawsuit. 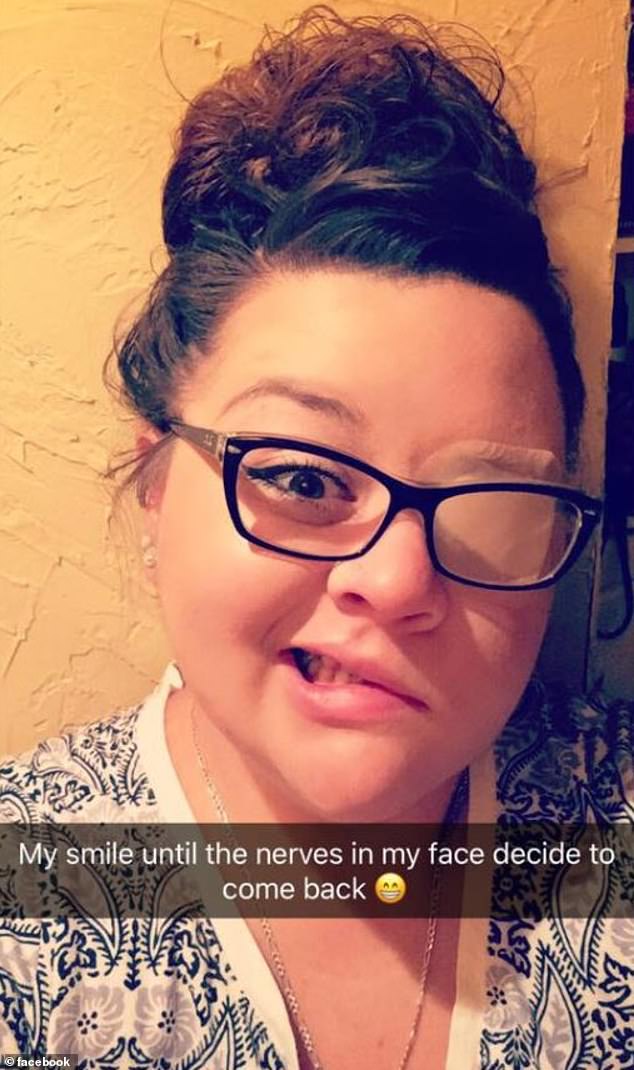 Surgery removed about 80 percent of the mass, but Fletes now has permanent hearing loss in her right ear and paralysis on the right side of her face (pictured) 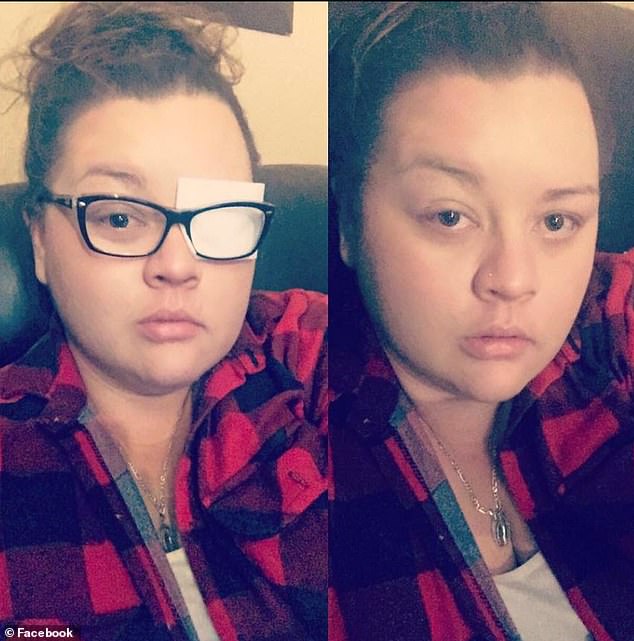 Fletes (left and right) filed a lawsuit on February 15 against four clinics, five doctors and one nurse seeking $10million

During an eye appointment in May, her ophthalmologist noticed something was wrong with Fletes’s optic nerve, which sends impulses from the brain to the back of the eye.

She was referred to a neuro-ophthalmologist, who ordered an MRI, and discovered the mass on her brainstem – which was nearly double its size.

The lawsuit states that another doctor viewed the 2012 scan images and said the mass was visible then.

In late May, Fletes had surgery to remove the tumor, which removed about 80 percent of it, she wrote in a post on Facebook.

The lawsuit states that, as a result, she suffered permanent hearing loss in her right ear and cannot completely close her right eyelid.

‘Being told that I had a brain tumor was the hardest thing I had to deal with,’ she wrote on Facebook.

‘In the beginning I wanted it to be over already and I didn’t know how long I was going to be able to take it.

‘I’m ready to push through recovery with my head held high and not letting anything get in my way.’

Although the tumor is continuing to shrink, Fletes still suffers from paralysis on the right side of her face and headaches and will need follow-up medical care, according to the lawsuit.

DailyMail.com reached out to Fletes’s attorney, Grant Cook of Lafky & Lafky, requesting comment, but did not receive an immediate response.