‘Her energy is boundless’: British Ambassador to Morocco praises Meghan for ditching tradition and making her royal tour ‘personal and informal’ – days after a visit from the Spanish royals

The British Ambassador to Morocco praised the Duchess of Sussex‘s ‘boundless’ energy following the whirlwind royal tour over the weekend.

Diplomat Thomas Reilly, who joined the royal couple on their engagements, said it was clear Harry and Meghan ‘cared so deeply’ about everyone they encountered during the three-day visit.

He noted the personal touch was a far cry from the ‘pomp and pageantry’ that typically accompanies royal tours, such as the one carried out by King Felipe and Queen Letizia of Spain just days earlier. 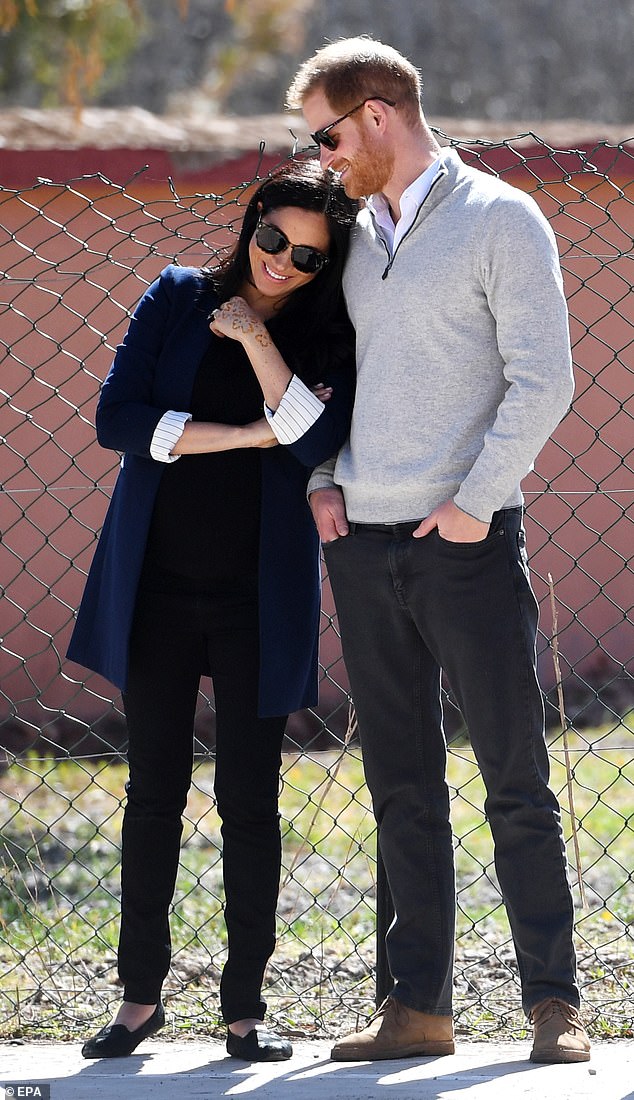 The British Ambassador to Morocco praised the Duchess of Sussex’s ‘boundless’ energy following the whirlwind royal tour over the weekend. He noted the couple’s involved, low-key approach to their visit was not typical of royal visits to the country. Pictured, Harry and Meghan watch children play football on a visit to the town of Asni in the Atlas Mountains 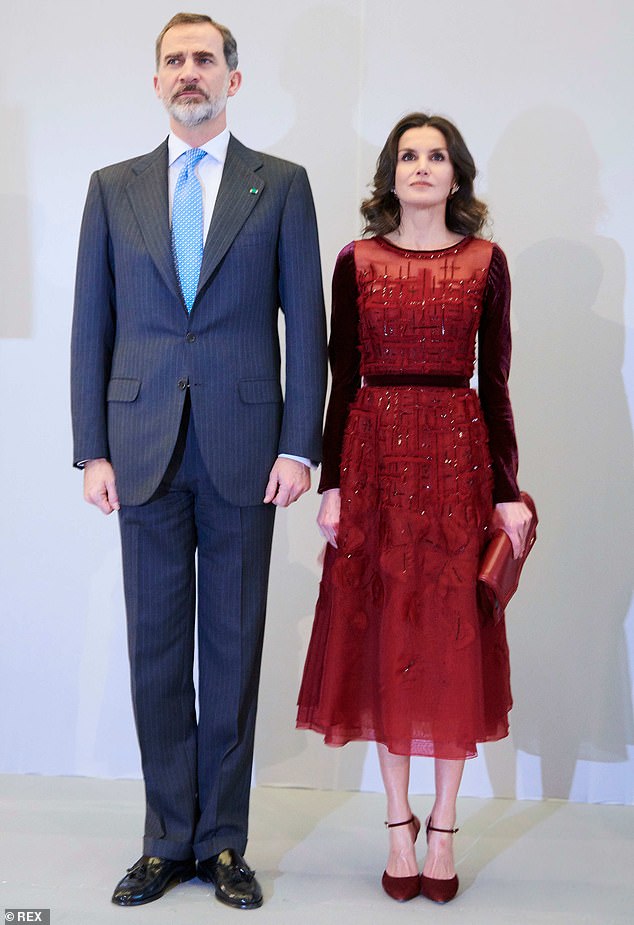 Days before the Duke and Duchess of Sussex’s tour, King Felipe and Queen Letizia of Spain paid a visit that was rather more typical of visiting royals. Pictured, the couple pose for photos as they meet with members of the Spanish community at the National Library in Rabat

Speaking to Omid Scobie of Harper’s Bazaar, Mr Reilly said: ‘This was a very different kind of trip—personal, informal and away from the pomp and pageantry of traditional visits. Moroccans loved the way [Meghan and Harry] were so spontaneous and cared so deeply.’

The British royals packed in nine separate engagements over three days, taking in a helicopter ride to the Atlas Mountains, a visit to an equine centre in Rabat, as well as an audience with King Mohammed VI of Morocco. 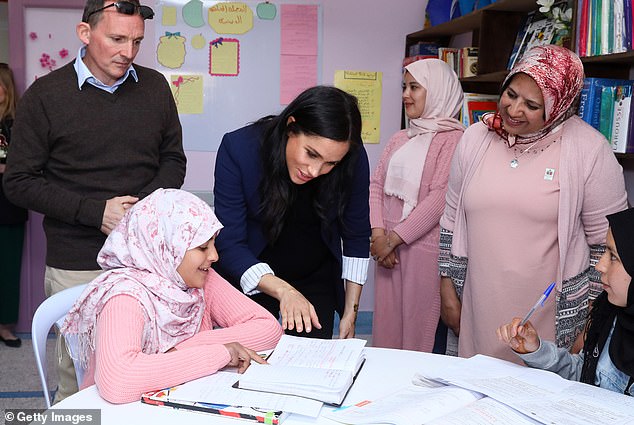 The Duchess of Sussex, accompanied by British Ambassador Thomas Reilly (left), looks at the work being done by girls at the ‘Education For All’ boarding house in Ansi on Sunday 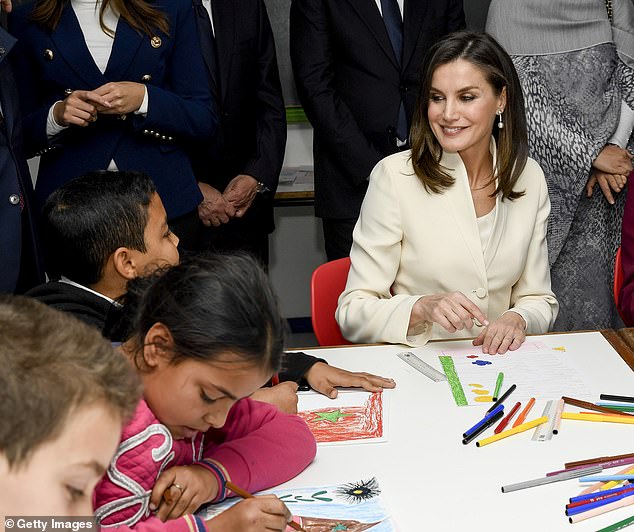 Queen Letizia of Spain visits children at an education centre in Rabat during her royal tour earlier in the month. She accompanied husband King Felipe of Spain on the visit 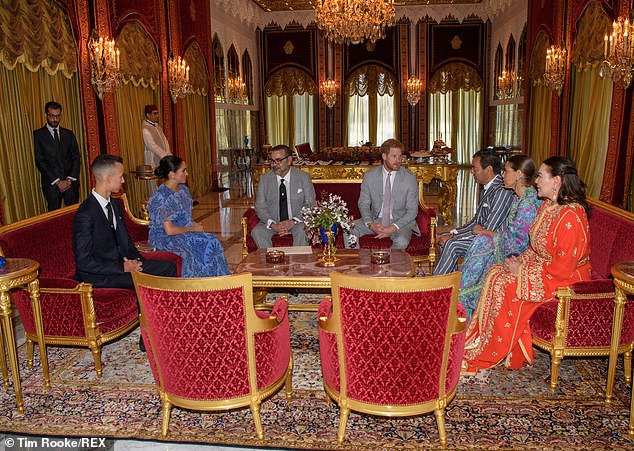 The Duke and Duchess of Sussex enjoyed a reception with King Mohammed VI of Morocco (between the couple)  and Crown Prince Moulay Hassan (left) at the King’s Residence in Rabat on Monday night. The meeting rounded off their royal tour of Morocco 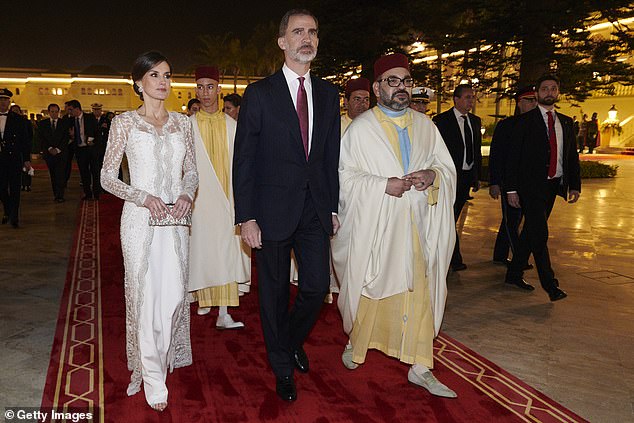 While, like Harry and Meghan, King Felipe and Queen Letizia met with schoolchildren during their visit, there was not the same easy-going atmosphere captured on camera.

Mr Reilly, who hosted the Duke and Duchess of Sussex for a reception on Sunday night, said he was impressed by how Meghan throws herself into all of her duties.

‘Here’s a woman jumping into a helicopter to fly 1,400 meters [almost 4,600 feet] high, still smiling and ready to do it all, ready to push the issues that matter,’ he continued. 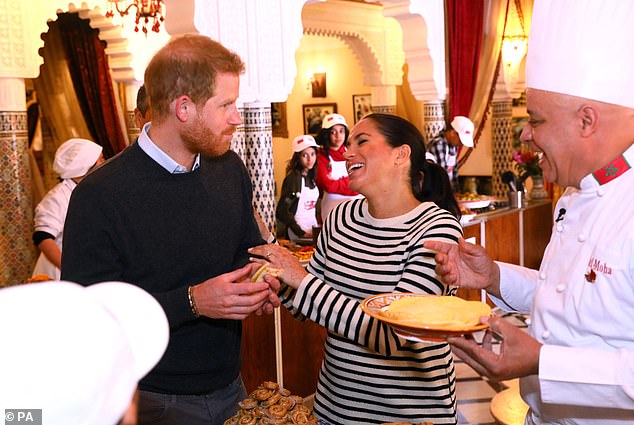 The Duke and Duchess of Sussex share a light-hearted moment during a cooking demonstration in Rabat. The British Ambassador was impressed by the ‘spontaneous’ couple 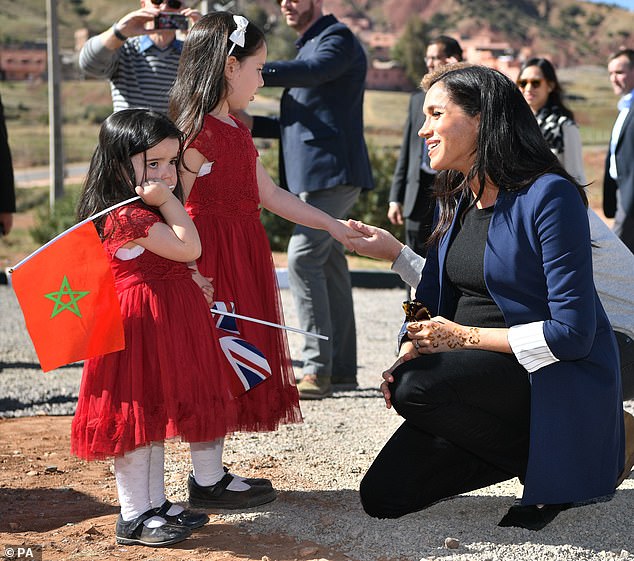 British Ambassador Thomas Reilly said the Duke and Duchess of Sussex appeared to ‘care deeply’ about those they encountered. Pictured, meeting with two young girls in Ansi

The Duke and Duchess of Sussex have now returned to London.

While Meghan, who is thought to be due in April, will make more public appearances before taking her maternity leave, it is understood none will be overseas.

The couple will join the Duke and Duchess of Cambridge for an event on Tuesday marking the 50th anniversary of the Prince of Wales’ investiture. 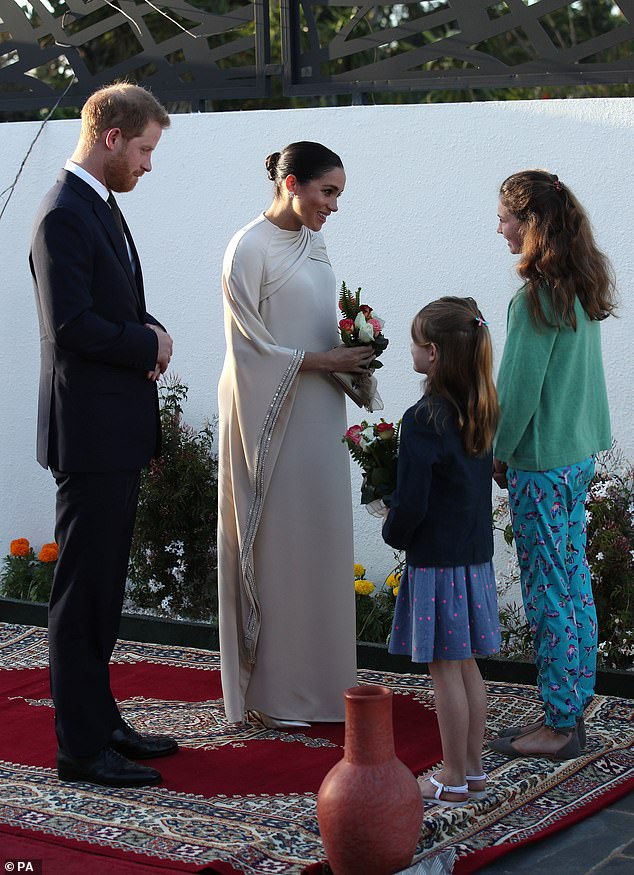 Mr Reilly said the Duchess of Sussex is an excellent role models for his daughters Orla, 12, and Elsa, eight, who met the royal couple twice during their visit to Morocco, pictured