They were controversially allowed to remain in the experiment as a couple on Sunday night, despite their ‘affair’ leaving one of their co-stars in tears.

And Married At First Sight’s Jessika Power has argued her scandalous relationship with Daniel Webb is one of the main reasons behind the show’s success.

More than 1.6million viewers watched Sunday night’s episode – and Jessika told HIT105’s Stav, Abby and Matt it was her secret liaison with Dan that kept people glued to their screen. 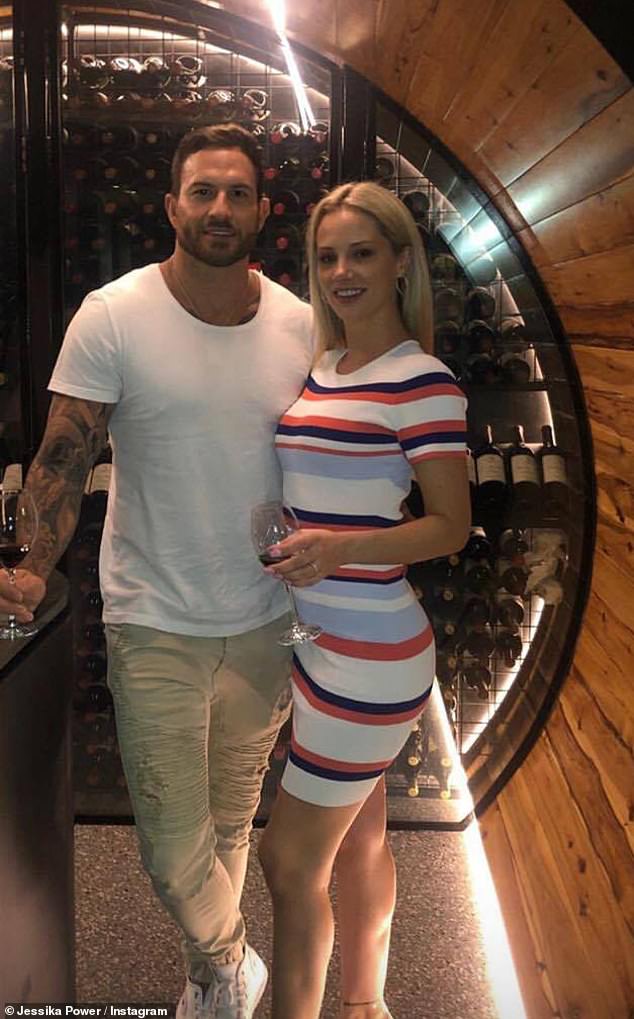 Controversial: Married At First Sight’s Jessika Power claimed viewers watch the show for her scandalous relationship with Dan Webb – not ‘boring’ Jules Robinson and Cam Merchant – during an interview with HIT105’s Stav, Abby and Matt on Monday

‘Let’s be honest, you have Ines (Basic) at the start and she went home, and then you’ve got Susie (Bradley) and she’s gone. Everyone says they want a love story,’ she said.

‘But then you get the wonderful gift of Cam (Merchant) and Jules (Robinson) and people say “they’re boring – we don’t want to watch them!”‘

Echoing feelings of regret they expressed during other media interviews on Monday morning, Daniel admitted he ‘was not happy’ with the way they went about their relationship.

‘It was really tough what happened with me and Jess. I regret a lot of that stuff not coming out earlier,’ he told Stav, Abby and Matt. 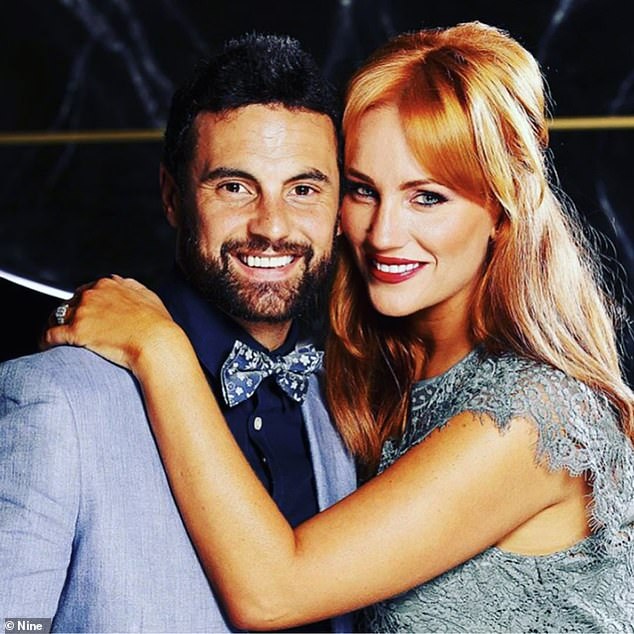 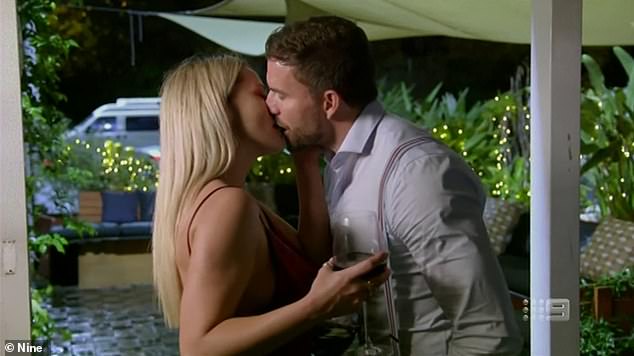 Prime time viewing: More than 1.6million viewers watched Sunday night’s episode – and Jessika said it was her secret liaison with Dan (pictured kissing) that kept people glued to their screen

‘But when you’re in that bubble it’s hard.’

Elsewhere, administrative assistant Jessika added that fellow ‘cheater’ Sam Ball should have owned his decisions on the show rather than blaming producers.

‘Maybe he’s not coping with the hate too much. But own your mistakes. Dan and I are owning our mistakes – he’s not doing that,’ she said.

Last week, Sam repeatedly denied he and Ines had sex and producers told him what to say, but legal assistant Ines shot back insisting the two did in fact get intimate.

In contrast, Jessika said on Monday morning that she and Daniel weren’t pushed by producers to be more dramatic – nor were they paid more to do so.

‘We were offered the bubble of the experiment in order to let it grow …. we weren’t pushed by producers,’ the feisty blonde said.

Jessika also attempted to brush off rumours she was expecting a child, as a photo she shared several weeks ago of her with a noticeable ‘bump’ was unearthed on Monday. 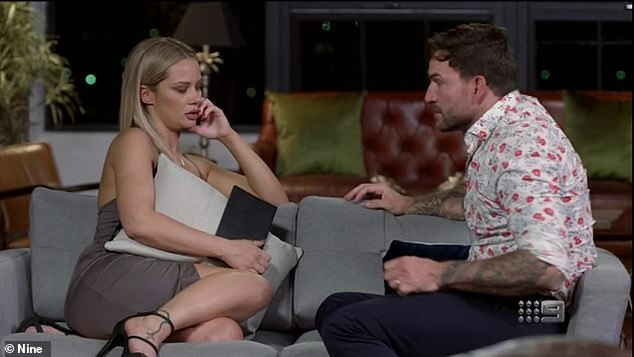 In hindsight: Echoing feelings of regret they expressed during other media interviews on Monday morning, Daniel also admitted he ‘was not happy’ with the way they went about their relationship