Married at First Sight alum Doug Hehner had some choice words to describe the disrespectful groom who told his new wife he was ‘repulsed’ by her this season.

The 35-year-old and his wife Jamie Otis, 32, shared their thoughts on Luke Cuccurullo’s harsh treatment of his spouse Kate Sisk on the latest episode of their podcast Hot Marriage Cool Parents — and Doug bluntly called him a ‘d**k.’

‘I’m just not a fan of Luke. I’m not a fan of how he treats the situation. He’s very close-minded,’ the season one star said.

Scroll down for audio 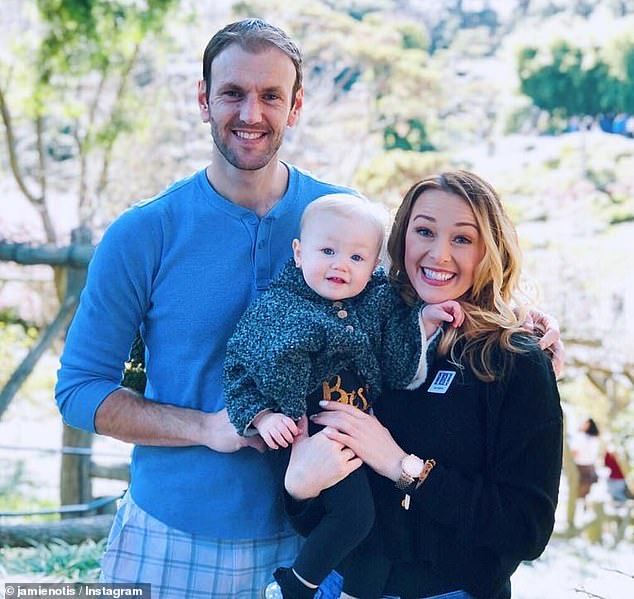 Opinion: Doug Hehner, 35, shared his thoughts on Married at First Sight star Luke Cuccurullo on his podcast Hot Marriage Cool Parents, which he co-hosts with his wife Jamie Otis 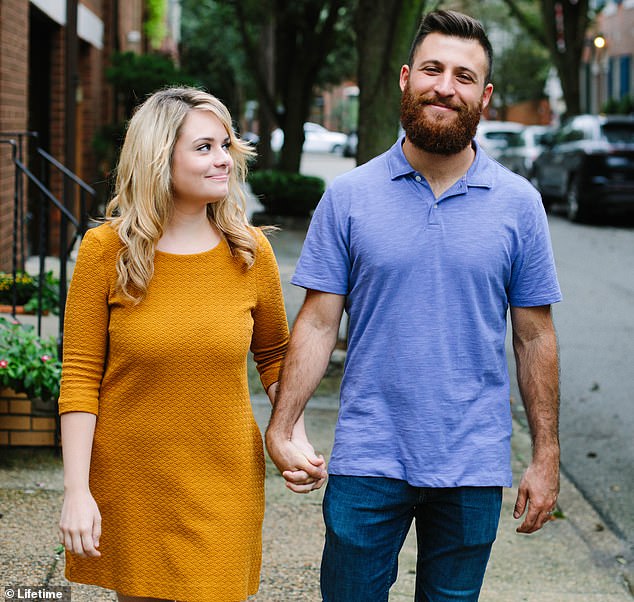 Yikes: Earlier this season, Luke’s wife Kate, 27, revealed that he told her felt ‘dead inside’ and ‘repulsed’ after they shared an off-camera kiss on their honeymoon

Kate, 27, revealed earlier this season that Luke, 30, told her he felt ‘dead inside’ and ‘repulsed’ after they shared an off-camera kiss on their honeymoon.

Fans have pegged Luke to be a villain on the show, and it seems as though Doug agrees with them.

‘The fact that you would even consider saying to a girl that you’re repulsed or that you feel dead inside, like that is just a d**k. That is a complete d**k,’ he said on the podcast.

Luke’s actions were brought up because someone asked the couple what they thought of people comparing Luke to Jamie, which shocked her. 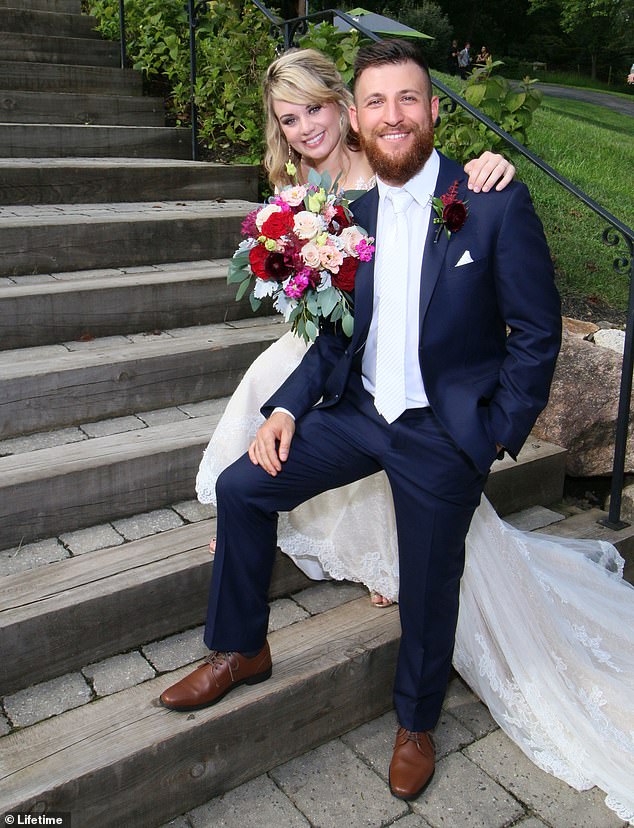 Being blunt: Doug, who starred on season one of the show, called Luke a ‘d**k’ and ‘very close-minded,’ saying he doesn’t like how he ‘treats the situation’

‘Wait a second, people compare me to Luke?” she asked, and her husband promptly jumped in, saying: ‘I don’t think they do.’

When Doug and Jamie said ‘I do’ on the show in 2014, she famously admitted to the cameras that she wasn’t attracted to him, but her feelings quickly changed as she fell more and more in love with him.

Doug pointed out that their situation was completely different than the one Luke and Kate are currently in.

‘I know there’s pressure; I know there’s nerves,’ he said. ‘I get it, but these are things that happened without the camera. I don’t know. 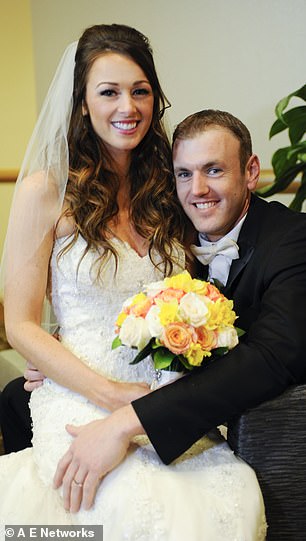 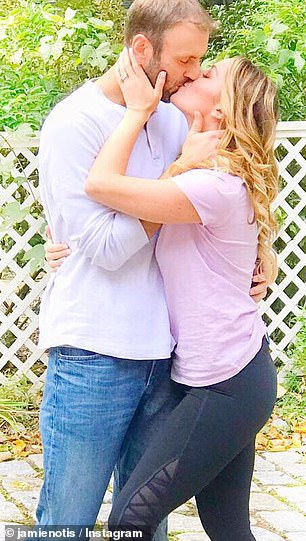 Then and now: When Doug and Jamie said ‘I do’ on the show in 2014, she famously admitted to the cameras that she wasn’t attracted to him, but that quickly changed 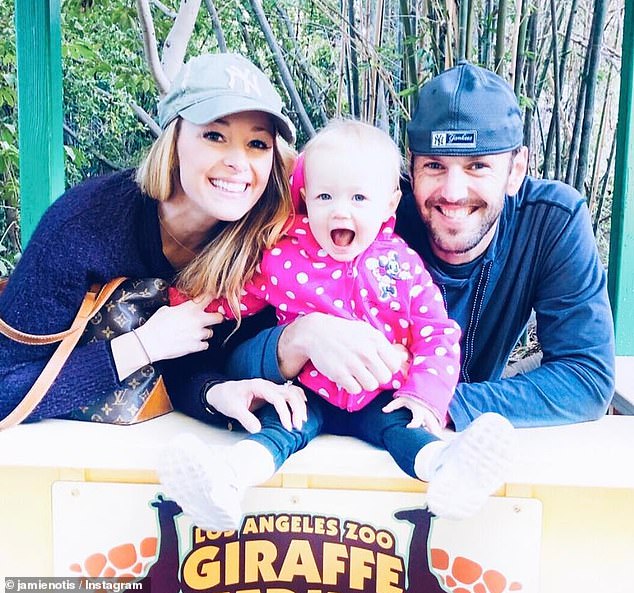 Reassurance: Doug, who has a daughter, Henley, with Jamie, assured her that she wasn’t a ‘d**k’ during their season of the show

‘I am sure he is a nice person, but its such a d**k move,’ he added, assuring his wife: ‘Jamie you weren’t a d**k during our seasons.’

Jamie, who hosts Married at First Sight: Unfiltered, said she feels that when it comes to Luke, there’s got to be more that we don’t know about’ going on behind the scenes.

‘There’s something that we’re missing because, you know, a guy does not say that and for someone to go into an experiment like this,’ Doug added. 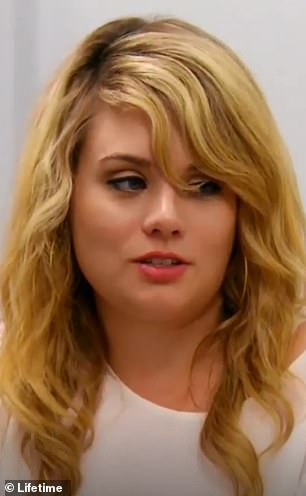 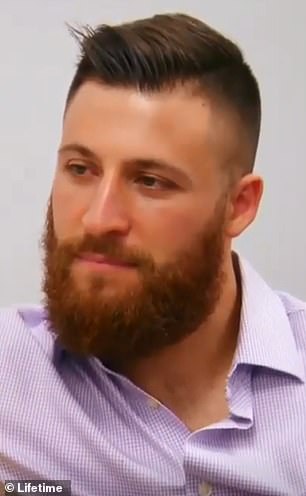 Easy out: On this week’s episode of Married at First Sight, Kate sat Luke down and asked him to tell her if she wasn’t the one for him, but he stayed silent 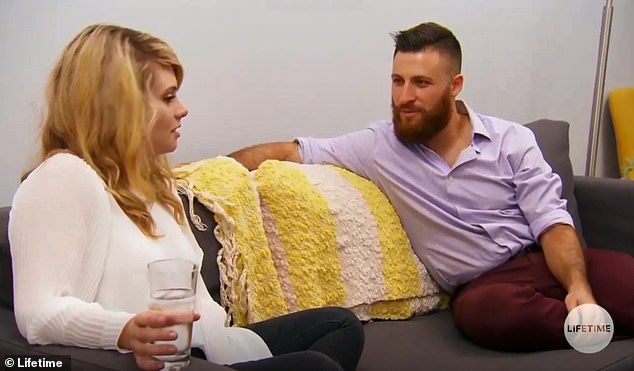 Heartbreak: The day after their talk, he ditched her to hang out with his friends on their one-month wedding anniversary. Kate was so upset she cried

On this week’s episode of Married at First Sight, Kate admitted that she felt ‘alone’ in her marriage and even tried to give Luke an easy out.

‘It kind of doesn’t feel like a marriage right now because there’s no romantic part of our relationship,’ she said, telling Luke that if she isn’t the one for him, he should just say so.

Luke kept silent, but the next day, he ditched her to hang out with his friends on their one-month wedding anniversary. Kate was so upset she cried.

‘One month ago, I never would’ve expected that my husband wouldn’t want to spend our one month anniversary together,’ she said.

‘It’s disappointing because it means so much to me to be married.’