But off-camera, there could be trouble in paradise for the ‘newlyweds’ as the Sydney makeup artist was pictured enjoying a romantic weekend with her ex-boyfriend, Arthur Manidis on Sunday.

The Kim Kardashian wannabe appeared to be in high spirits as she and Arthur picked up wine at a local bottle shop in Bondi. 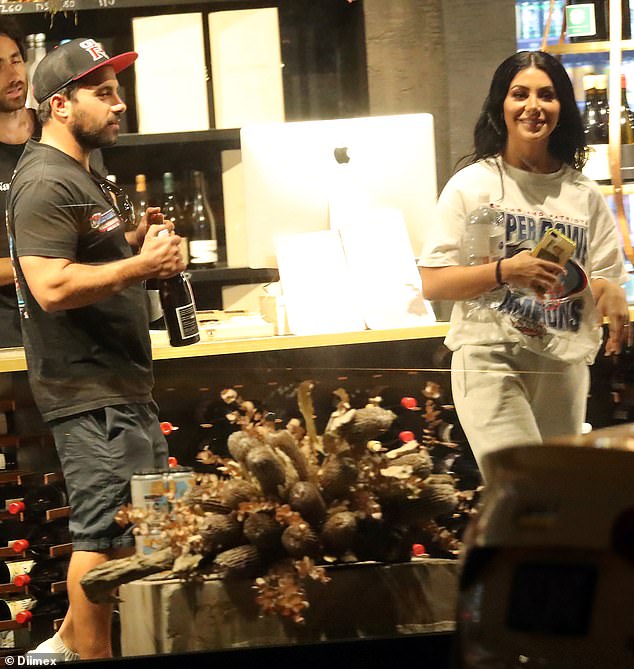 At one point, the Kim Kardashian-wannabe leaned in closely as she and her handsome companion whispered to each other and exchanged laughs at the register.

The friendly exes were both dressed casually, with Martha sporting a white T-shirt with grey tracksuit pants and sneakers.

Meanwhile, Arthur wore a black T-shirt and navy shorts with white sneakers and a sports cap. 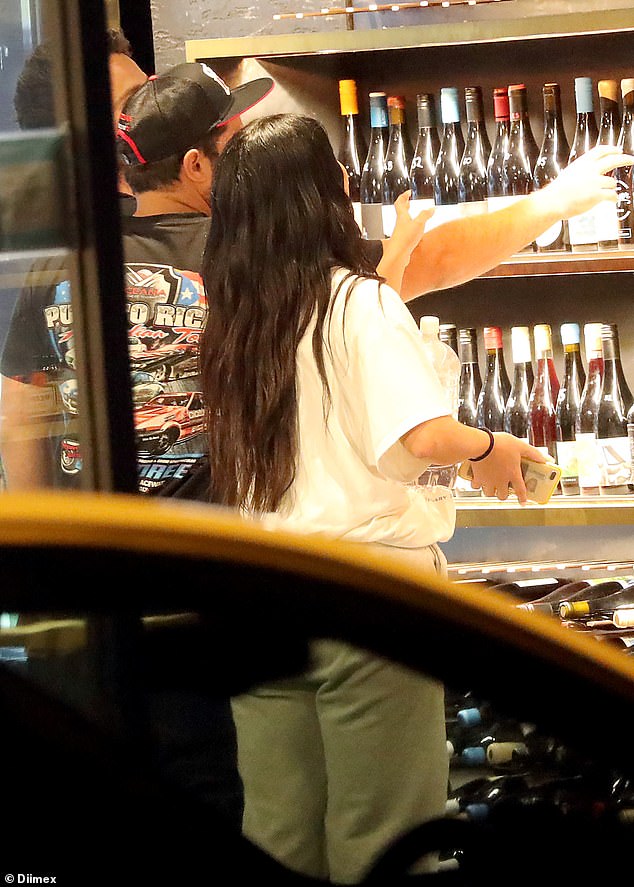 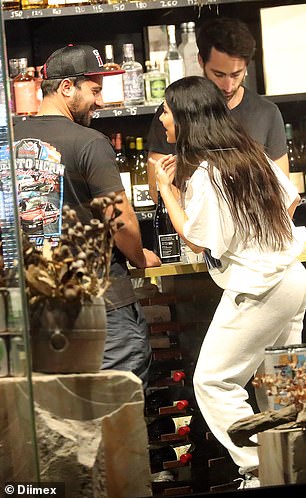 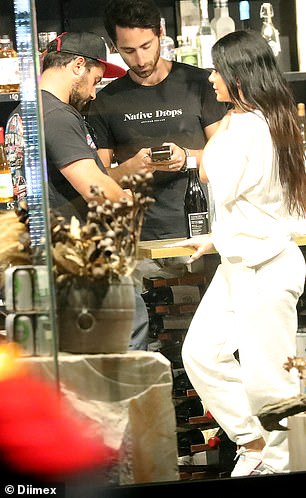 What’s so funny? The very friendly exes looked happy and relaxed as they exchanged laughs at the register 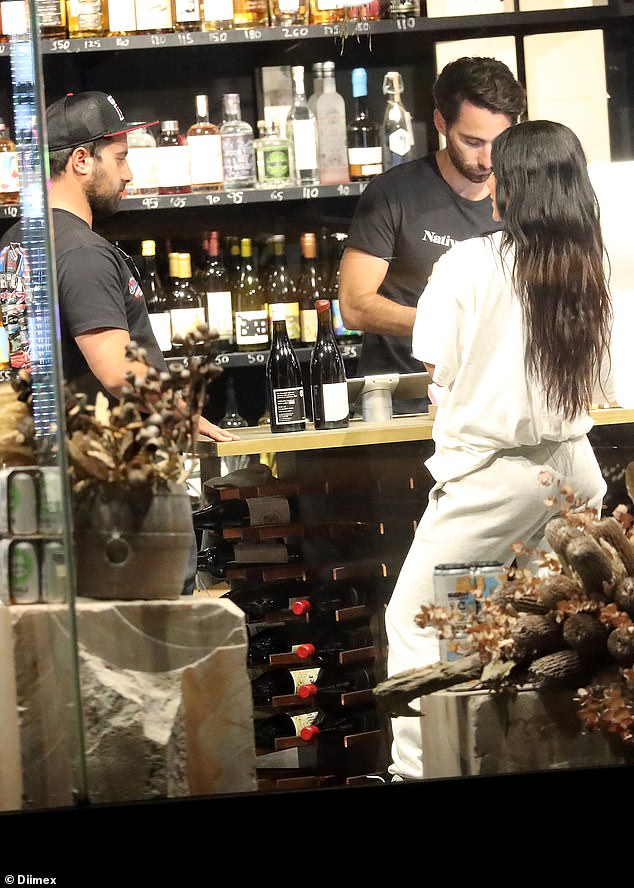 Happy and relaxed: The pair both wore casual outfits during the outing 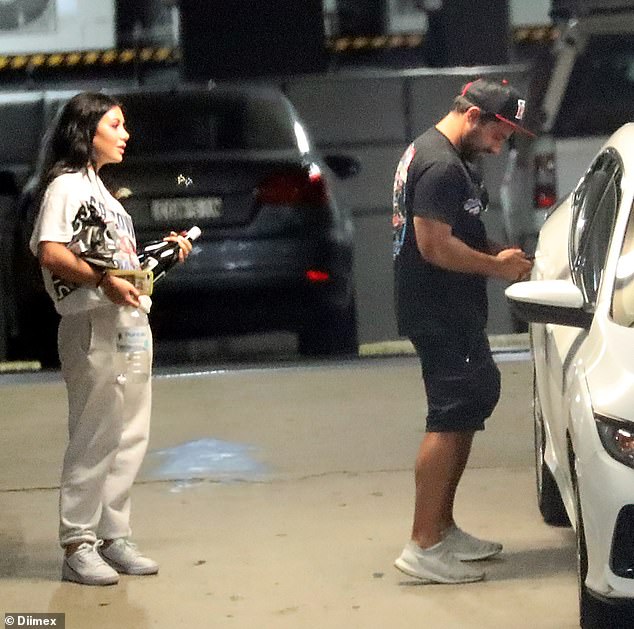 And they’re off! An eyewitness recently told Daily Mail Australia that they made their way back to Arthur’s hotel after picking up wine

With Martha’s husband, Michael, nowhere to be seen, she and Arthur casually made their way back to his hotel in Bondi, where they changed clothes before heading out to dinner together.

Dressed in matching black outfits, the pair dined at Italian eatery, A Tavola, where they shared a hearty meal and a bottle of red wine.

They sat side-by-side and locked eyes with one another during an intimate conversation. 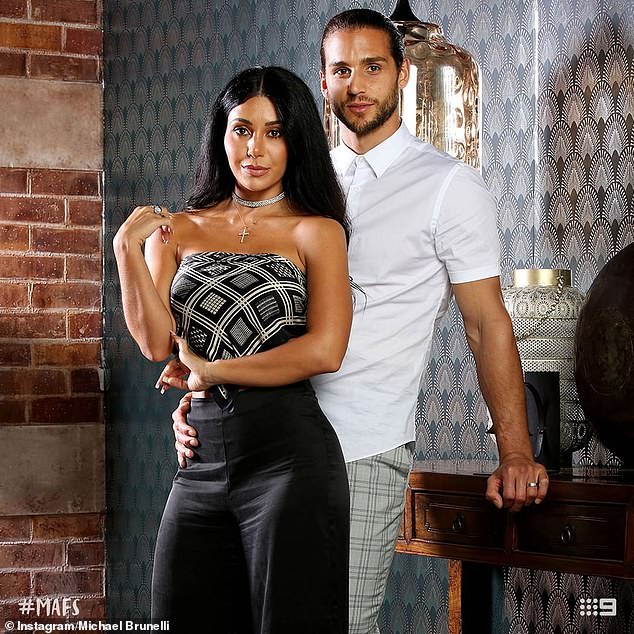 Is everything ok? Martha’s ‘husband’ Michael Brunelli (right) was nowhere in sight as she spent quality time with her ex-boyfriend

At one point, Martha affectionately rubbed Arthur’s nose with her finger as they chatted amongst themselves.

The following morning, the pair, who enjoyed a romantic trip to Greece back in 2013, emerged together during a coffee run at a local cafe.

The eyebrow-raising photos come just days after a source claimed to New Idea this week that Martha has ‘no intention’ of staying with her husband, Michael. 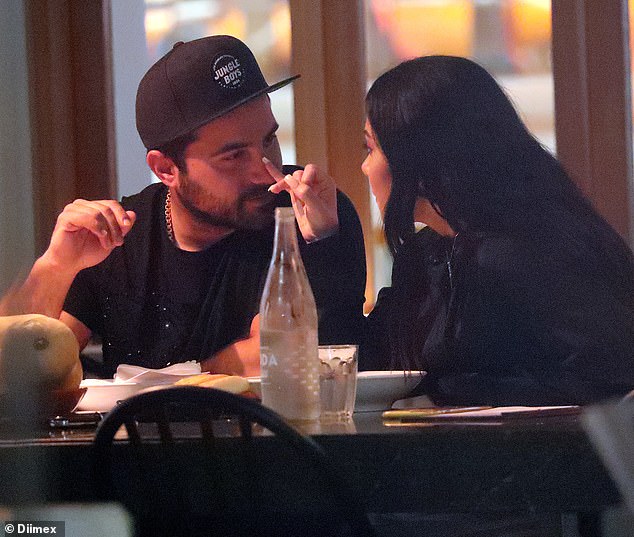 Affection: At one point, Martha affectionately rubbed Arthur’s nose with her finger as they chatted amongst themselves 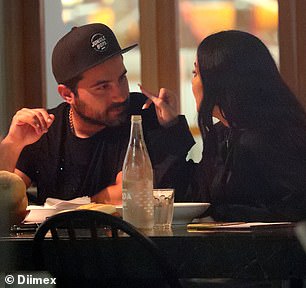 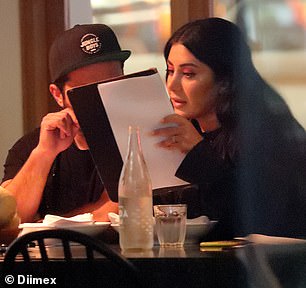 ‘Martha has no intention of staying with Michael,’ the source claimed.

‘She’s only ever seen this experiment as a way of boosting her profile and launching a reality TV career.’

On MAFS, Martha and Michael are portrayed as a picture-perfect couple and their families even seem to get on well. 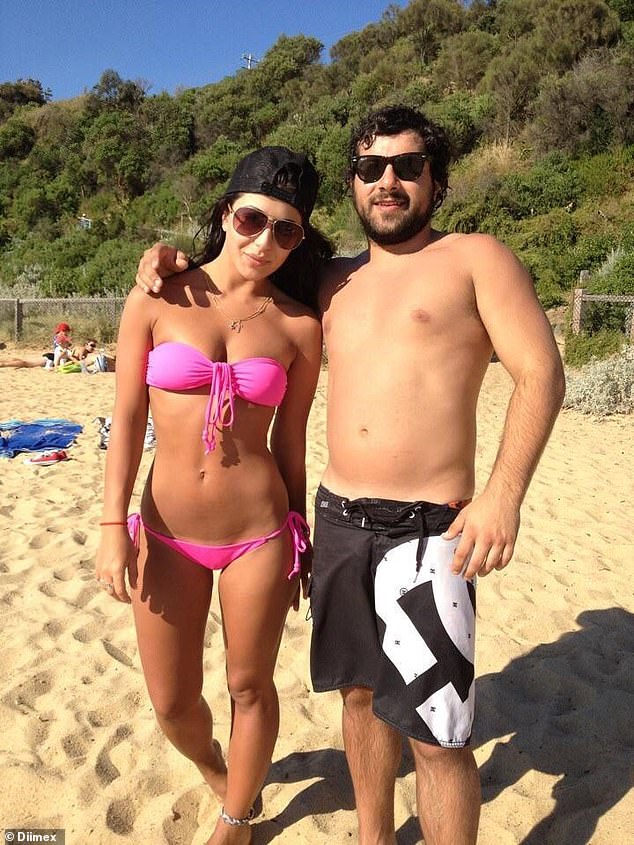 Throwback: Martha and Michael are pictured here on a holiday in Greece together back in 2013 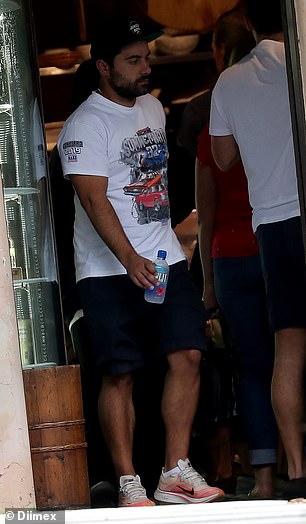 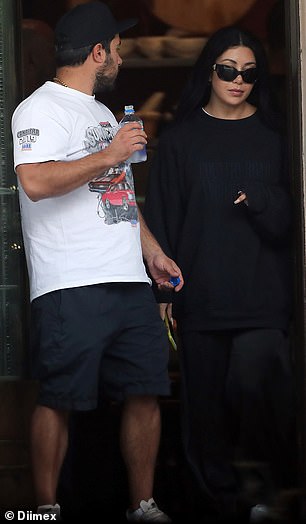 The next morning: The following morning, the pair emerged together during a coffee run at a local cafe

During an appearance on the Kyle and Jackie O show last month, the Sydney makeup artist insisted that she and Michael are stronger than ever.

‘I am still with Michael. We’re still together,’ she said.

During a recent commitment ceremony, Michael revealed on MAFS that he’s head over heels. 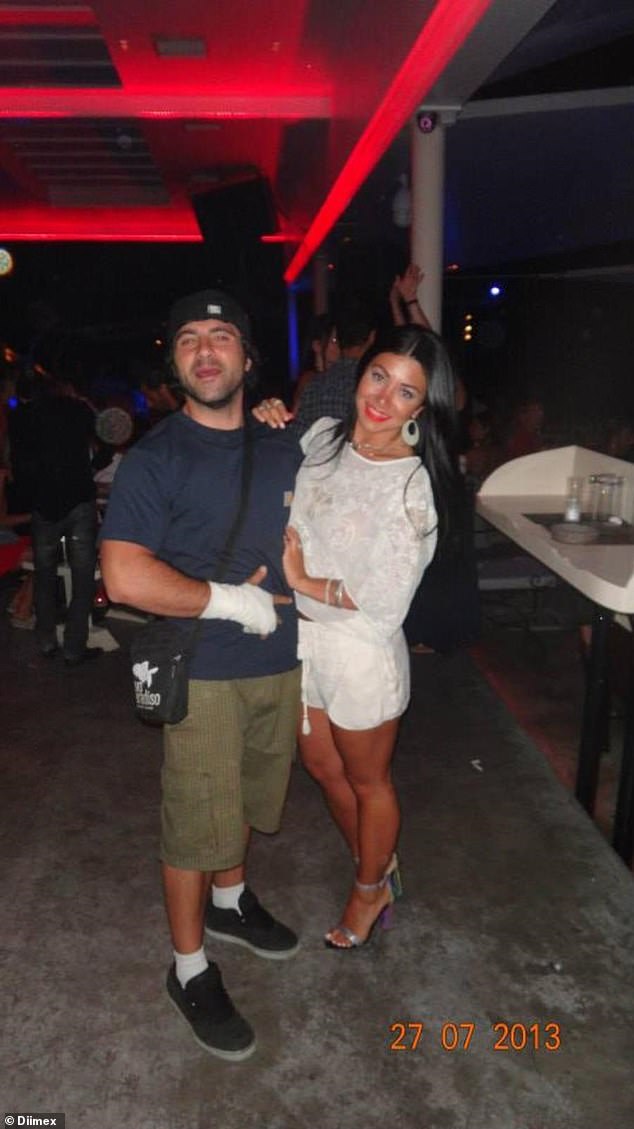 History: Martha and Arthur had strong chemistry when they dated many years ago. Pictured in 2013

‘I know my feelings for her are real, I can see myself falling for this girl,’ he told the relationship experts.

When asked by expert John Aiken if she feels the same way, Martha replied: ‘I think I could, yeah!’ 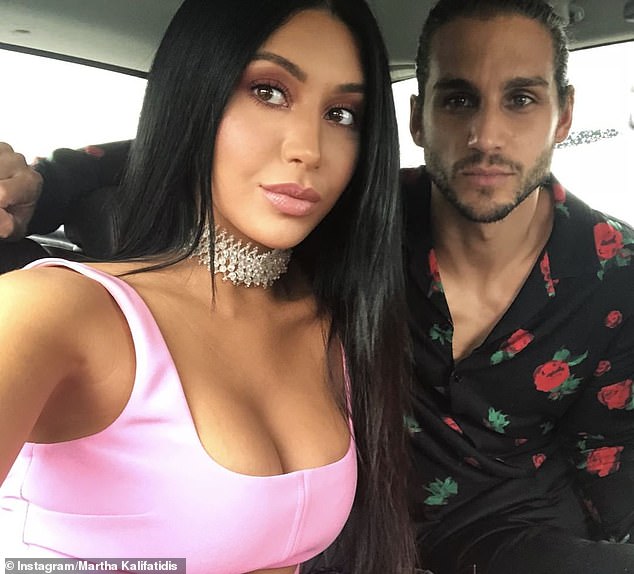 Still going strong? During an appearance on the Kyle and Jackie O show last month, the Sydney makeup artist insisted that she and Michael (right) are stronger than ever. ‘I am still with Michael. We’re still together,’ she said