By Lily Waddell For Mailonline

She has an enviable contact book and catalogue of A-list friends as the momager of the most prominent family in showbiz.

So it’s no surprise Kris Jenner looked amazing on arrival at her friend Kathy Hilton’s birthday party at Mr Chow, in Beverly Hills, California on Wednesday.

The Keeping Up With The Kardashians star, 63, was effortlessly stylish in a velvet mid-length coat as she dressed all-in-black for the special occasion. 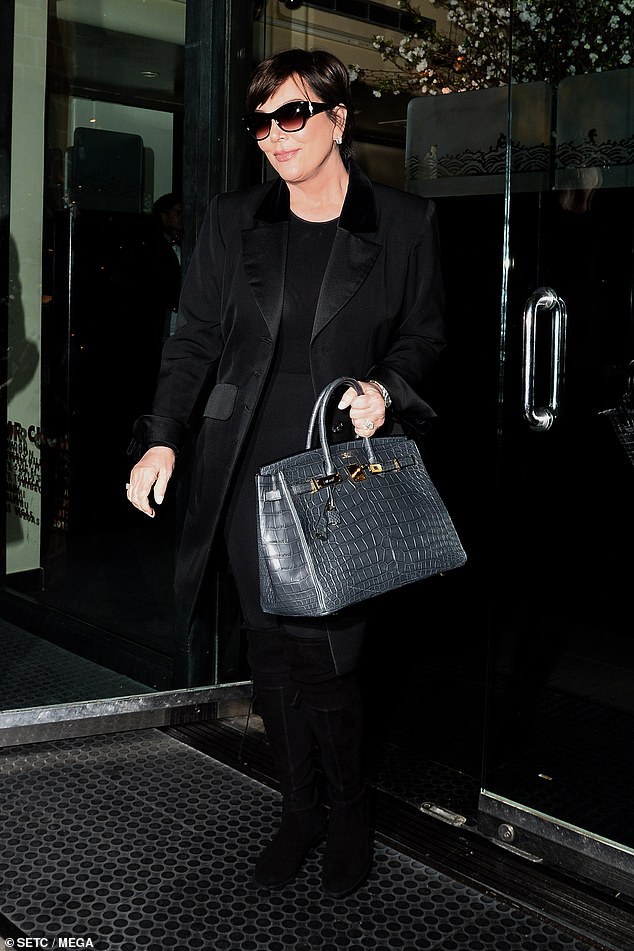 Having just got her haircut, the reality star fixed her signature pixie hairstyle in a layered fashion and she applied natural tones of make-up to her complexion.

Kris made a statement with her grey rectangular handbag, yet she kept her dazzling jewellery to a minimum as she only opted for a silver watch and earrings.

The mother peered through dark tinted sunglasses when she headed home from the swanky bash alongside the likes of her long-time pal Kyle Richards, 50.

What a woman: The Keeping Up With The Kardashians star, 63, was effortlessly stylish in a velvet mid-length coat as she dressed all-in-black for the special occasion 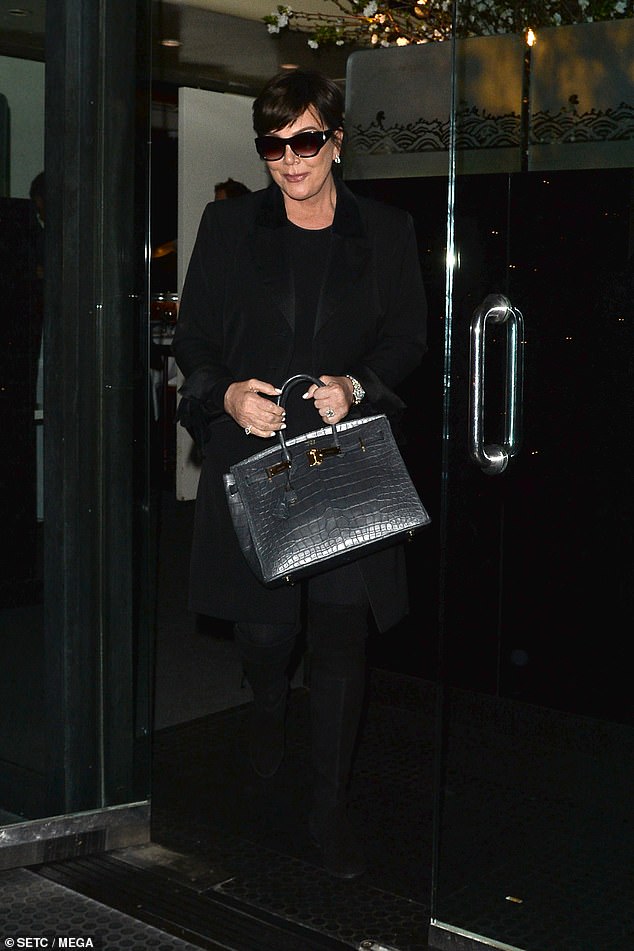 Check her out: Kris made a statement with her grey rectangular handbag, yet she kept her dazzling jewellery to a minimum as she only opted for a silver watch and earrings

The Kardashian and Hilton clans have had a tumultuous friendship in the limelight but Kris and Kathy’s daughters Kim and Paris have finally put their feud to bed.

Their daughters had been close childhood friends before socialite Paris publicly declared she wouldn’t want a bottom like Kim’s famous posterior in 2008.

‘I would not want [Kim’s butt] — it’s gross!’ she told a US radio show as reported by Gawker at the time. ‘It reminds me of cottage cheese inside a big trash bag.’ 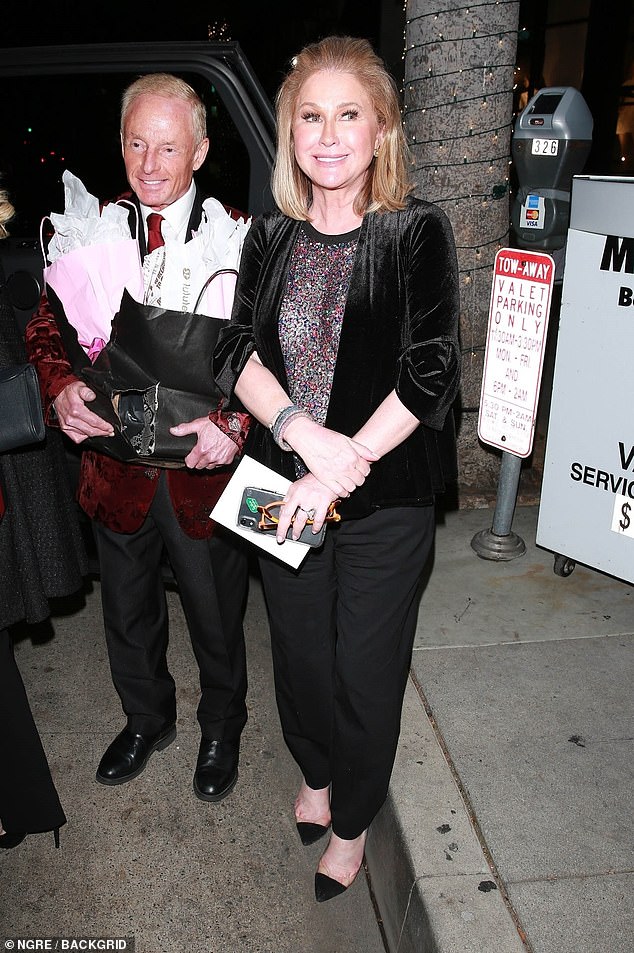 Birthday girl! Kathy Hilton looked happy as she was gifted with a box filled with bouquets of flowers to mark her special 60th 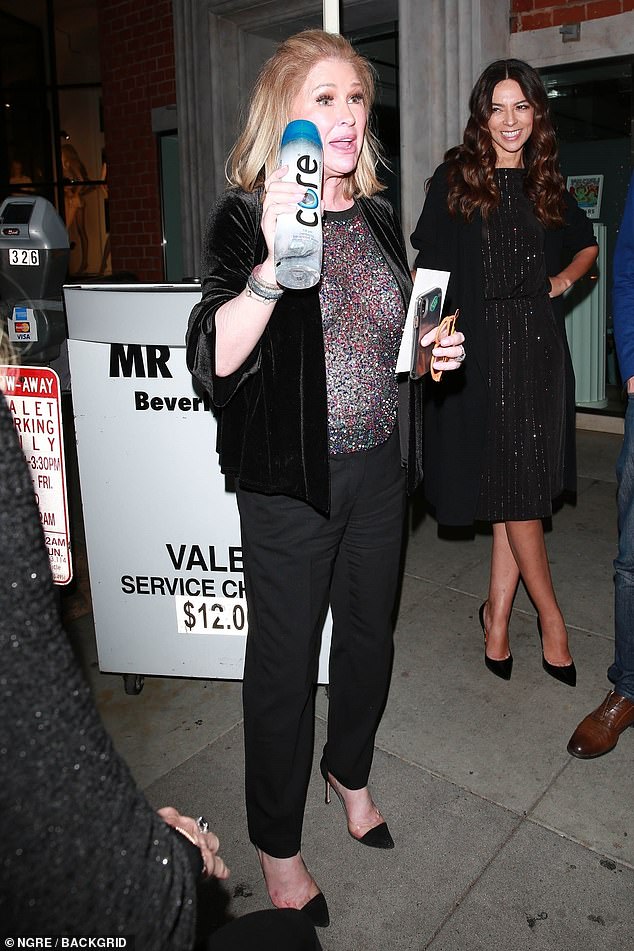 Daring! Kathy left little to the imagination when she went braless beneath a sheer dazzling top as she made a statement on her birthday

A decade later, Kim and Paris finally ended their feud but they finally called a truce when the Kardashian sister sent her frenemy her latest fragrance.

Months later, the reality star insisted everything was ‘great’ between the pair as she gushed she was ‘so proud of her’.

In November, Paris said she had even chatted to her childhood pal over the phone ‘just a couple of weeks ago. 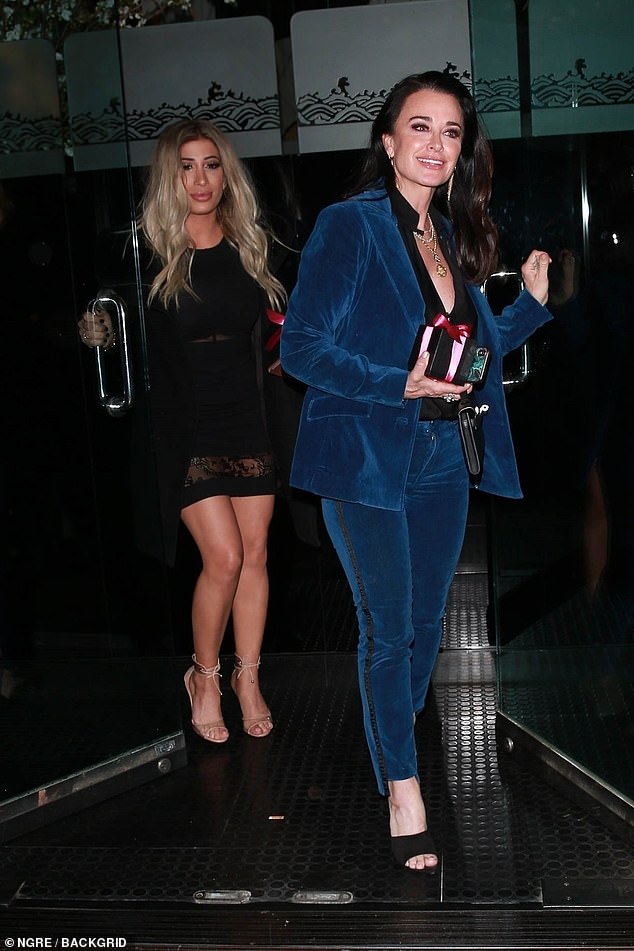 She’s sensational: Kyle Richards looked terrific in a blue velvet suit when she sauntered out of the swanky venue among the stars

‘Everything’s great. We’ve known each other since we were little girls. I love her and I am so proud of her, she’s such an amazing businesswoman,’ she told TODAY.

It’s been a scandalous few months for the Kardashians since Khloe dumped her beau Tristan Thompson after he reportedly cheated on her with Kylie’s BFF Jordyn Woods.

Kylie allegedly still isn’t speaking to ex-BFF Jordyn Woods after cutting ties with her in the wake of the cheating scandal, according to TMZ. 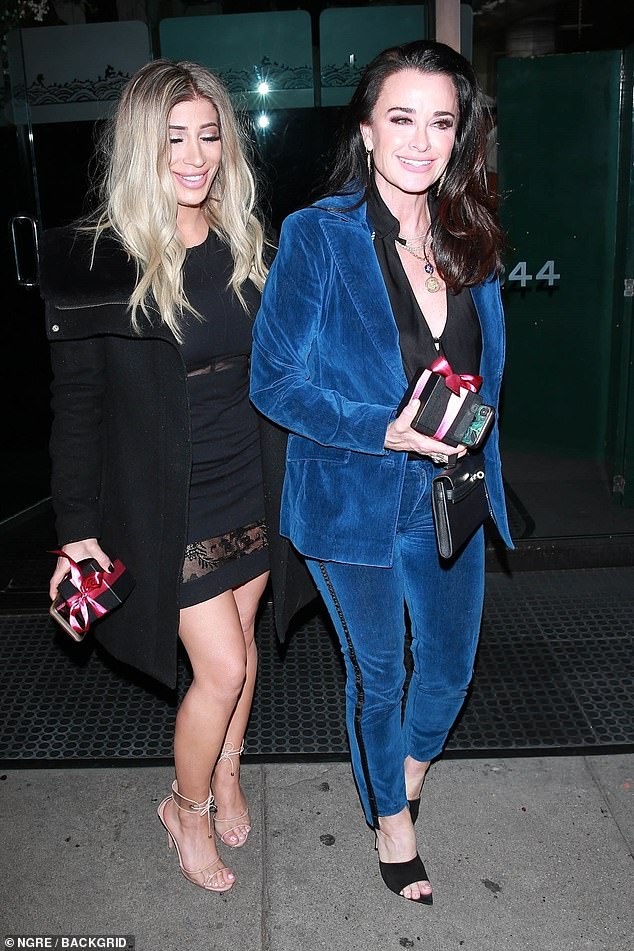 She’s so glam: Kyle toted a present with a red ribbon tied it for her pal