By Bhvishya Patel For Mailonline

Katie Price left viewers open-mouthed as she treated herself to a  ‘cosmic orgasm’ during the latest episode of her reality show.

The 40-year-old reality star left viewers shocked after she and mum Amy Price flew over to Spain to enjoy some well-deserved TLC following a tumultuous year.

However, the mother-of-five, who recently broke up with husband Kieran Hayler, seemed to share a little too much as she enjoyed a massage with a twist during Monday night’s My Crazy Life episode. 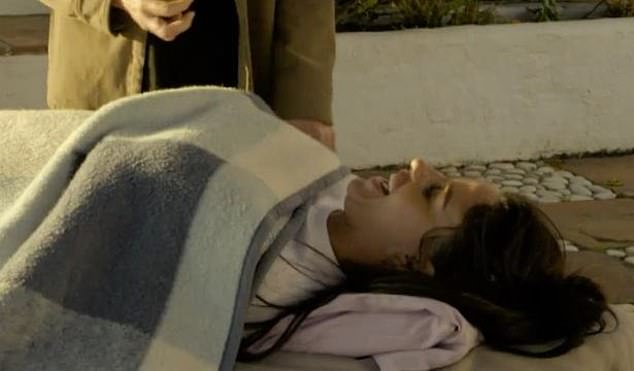 Cosmic: Reality star Katie Price, 40, treated herself to a ‘cosmic orgasm’ during last night’s episode of My Crazy Life

During the scene, Katie and her mum, who was diagnosed with the terminal lung disease idiopathic pulmonary fibrosis in 2017, visited a holistic therapist to help de-stress and let go of their worries.

Upon meeting Katie, the holistic therapist told the cameras: ‘I get the impression from Katie that there is a lot of drama and stuff from the past that needs to be released.’

Katie then proceeded to lay down on the bed and settle down before being told by the therapist: ‘Ok so you just relax and if any emotions comes up feel it and let it flow through you because its being released.’

Describing what she might expect from her session, the therapist added: ‘You can also feel overwhelming feelings of love and you just enjoy it.’ 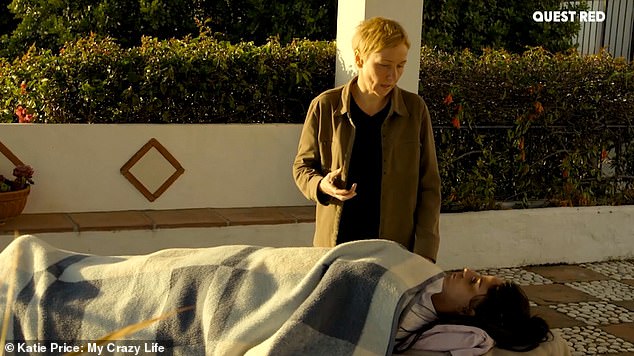 Bizarre: The holistic therapist told the mum-of-five that she would experience an overwhelming feeling of love during her session 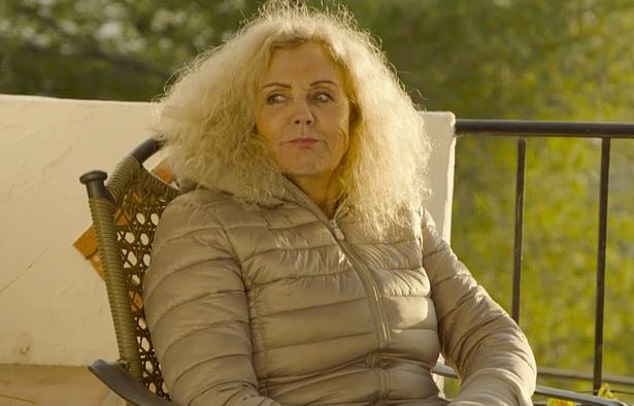 What is she like? Mum Amy Price rolled her eyes as her daughter replied: ‘What like an orgasm?’ 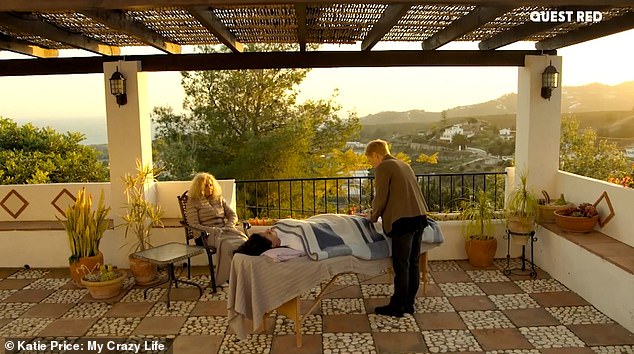 Relaxing: Amy watched on as Katie underwent a bizarre treatment that left her experiencing a cosmic orgasm

As the camera panned to Amy she was seen rolling her eyes at her daughter’s inappropriate comment.

Following a brief moment of laughter the therapist replied: ‘Yeah a cosmic orgasm.’

Following the intriguing massage Katie said: ‘I’ve got an excitement in my belly like I’m excited but I don’t know why. What am I excited about tell me?’ 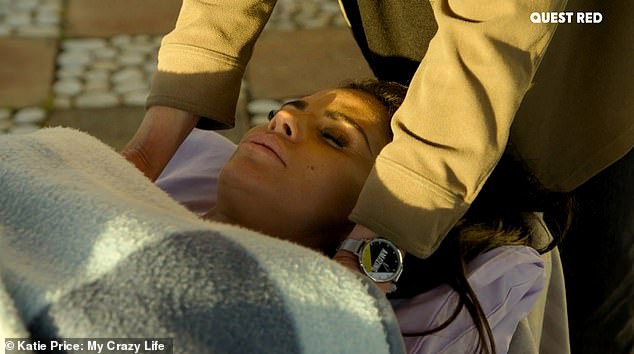 Release: The glamour model was in Spain for a well-deserved break and to help release her stress

The therapist replied: ‘Your future and your new chapter in life.’

After enjoying the ‘cosmic orgasm’ Katie joked: ‘I will try anything I can that’s supposed to bring goodness into my life. But I haven’t gone away with the fairies yet.’

Earlier this year, the model faced court for a third time  after shouting ‘are you enjoying f*****g my husband’ at her ex Kieran Hayler’s new girlfriend outside a primary school.

She also faced court for two separate driving offences – being drunk in charge of a vehicle and driving while disqualified and without insurance. 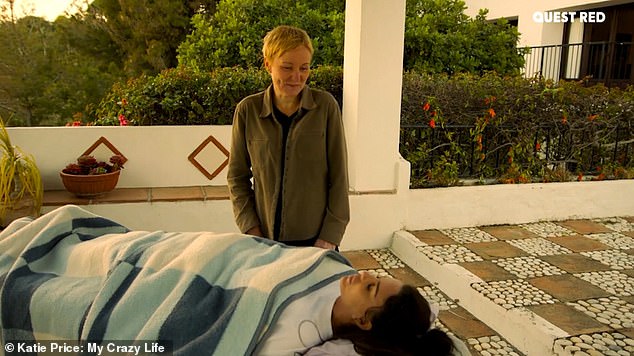 Getaway: After the bizarre massage Katie told the holistic therapist that she had an excitement in her belly 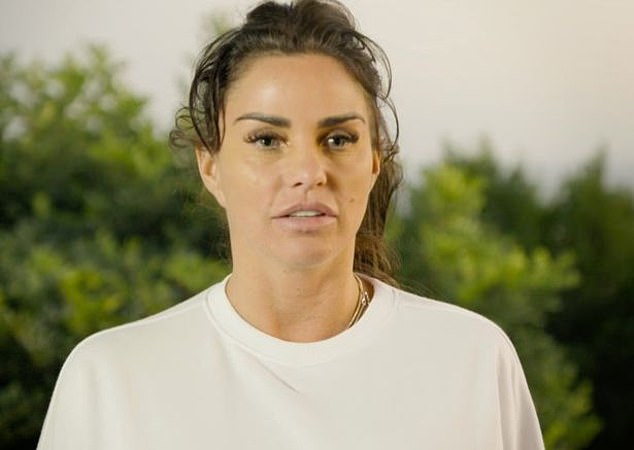