They’re the fiercely private couple who made their romance official in November.

In a rare public sighting, the lovebirds were seen going for a swim at Sydney’s Bondi Beach on Saturday morning. 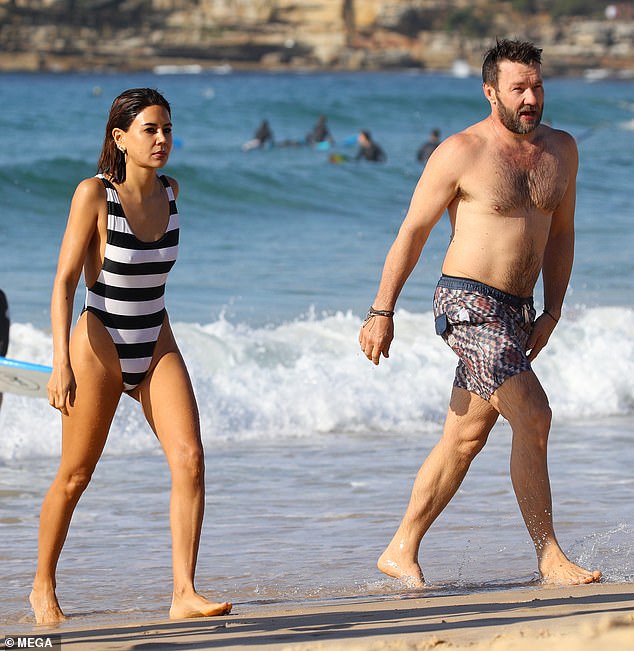 Still going swimmingly! Australian actor Joel Edgerton, 44, and his Vogue fashion director girlfriend, Christine Centenera made a rare appearance as a couple on Saturday morning as they stepped out for a swim at Bondi Beach

Stripping down to their swimwear, the genetically-blessed duo looked in relaxed spirits as they went for a swim together.

Christine, who is known for her sense of style, flaunted her slender physique in a daring swimsuit with black and white stripes.

The one-piece featured a plunging scoop neckline and high-cut design that highlighted her toned thighs. 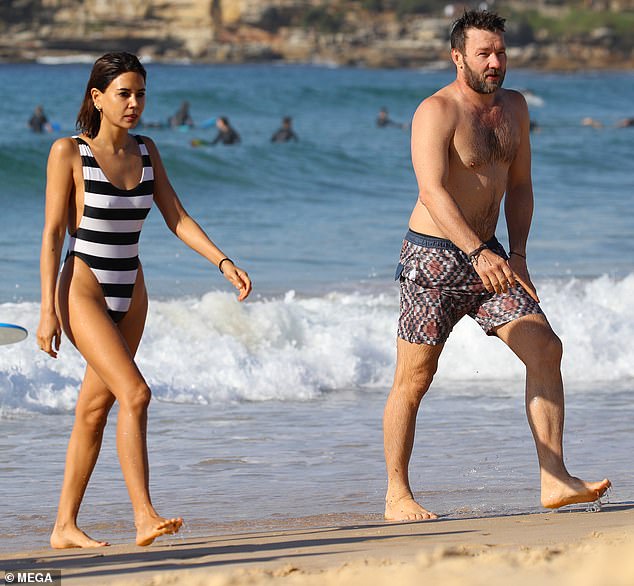 Hot couple alert! Stripping down to skimpy swimwear, the genetically-blessed duo were hard to miss as they frolicked in the autumnal surf 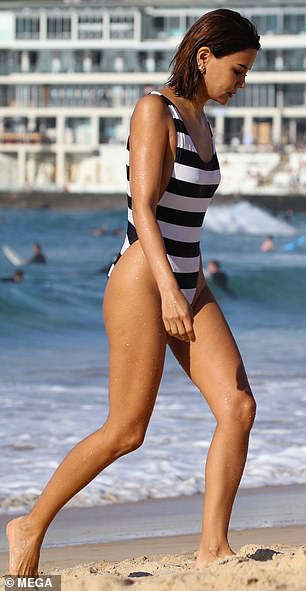 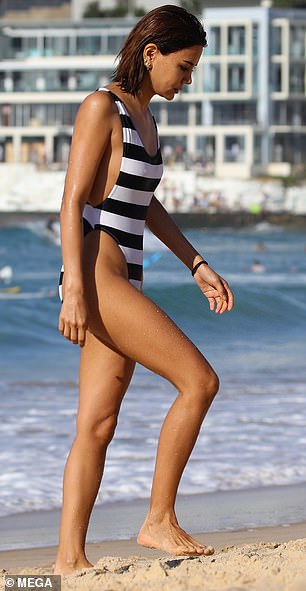 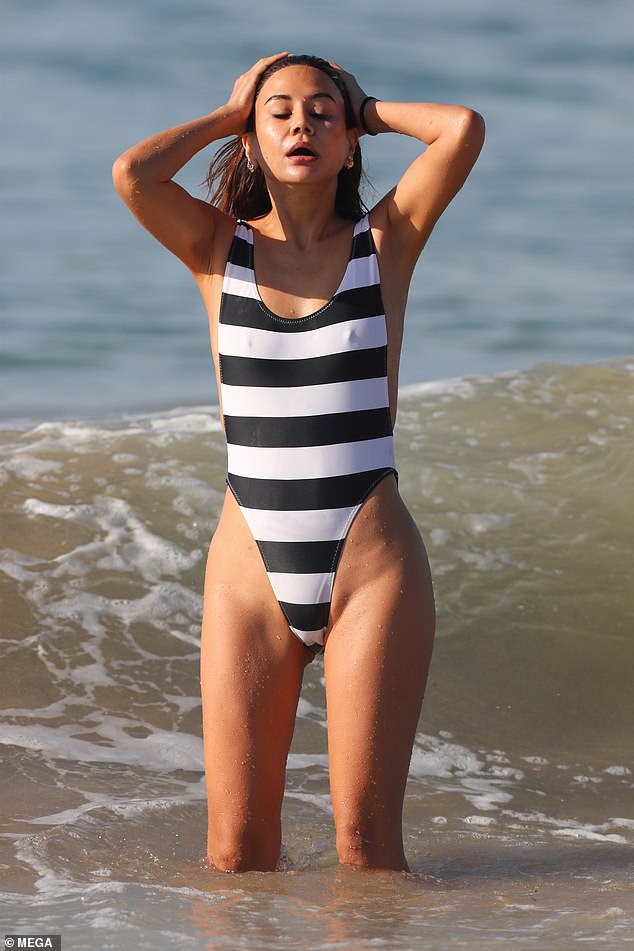 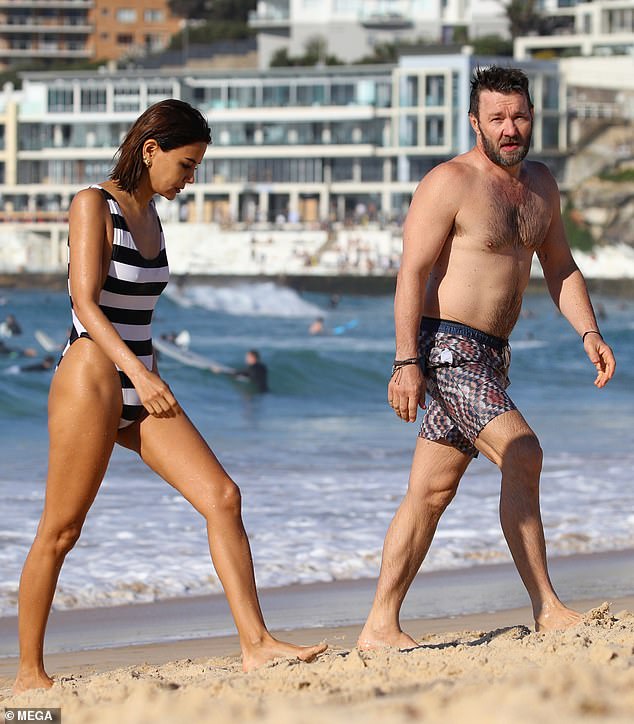 Hollywood hunk! Meanwhile, Los Angeles-based Joel made the most of Australia’s warm weather by stripping down to a pair of patterned swimming trunks

Meanwhile, LA-based Joel made the most of Sydney’s warm autumn weather by stripping down to a pair of patterned boardshorts.

The filmmaker, who recently hinted that he wanted to move back to Australia permanently, also wore several woven bracelets. 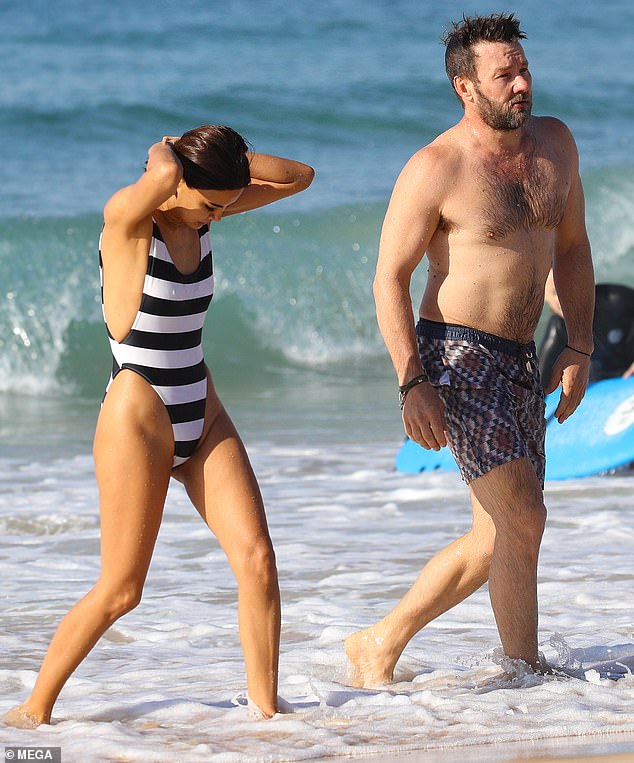 Beauty and the beard! Joel went unshaved for the occasion, sporting the beginnings of an impressive beard 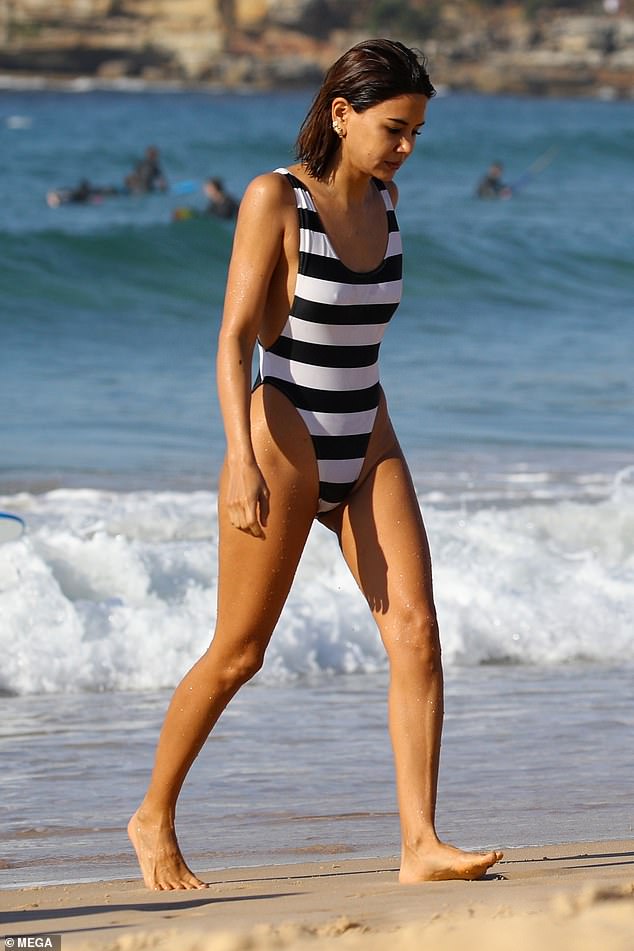 Hands off! Unlike many couples in the public eye Christine and Joel are not known for putting on displays of affection, and Saturday was no exception

Unlike many other couples in the spotlight, Christine and Joel are not known for being overly affectionate in public – and Saturday was no exception.

While they appeared to share a lively conversation, they did not kiss or cuddle in front of other beachgoers.

After emerging from the ocean together, Joel and Christine swiftly picked up their belongings and wrapped themselves in towels.

Well she is a fashion guru! Christine accessorised her look with a series of white hoop earrings 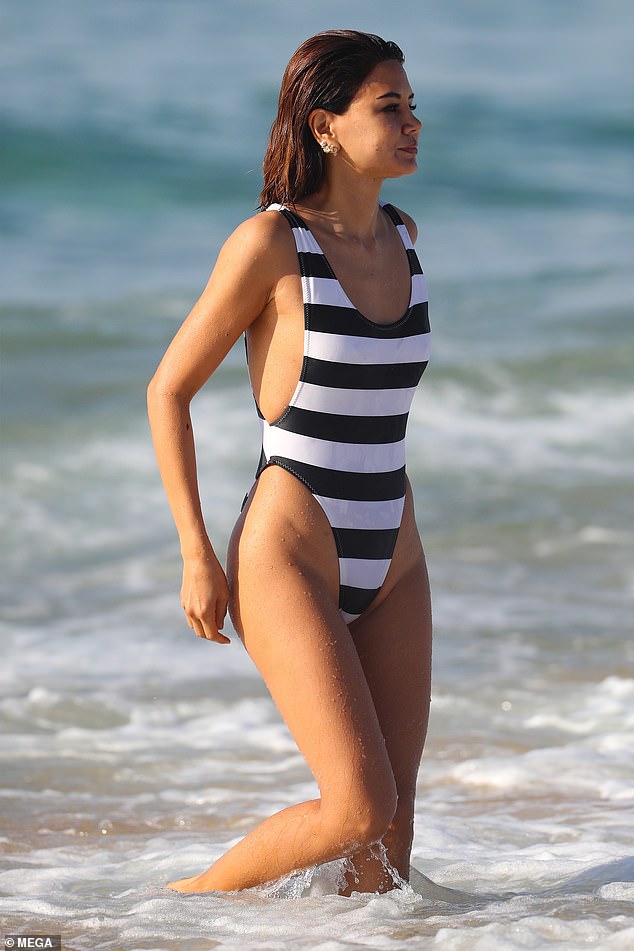 Hanging loose! The brunette allowed her chic cropped mane to hang loosely by her shoulders 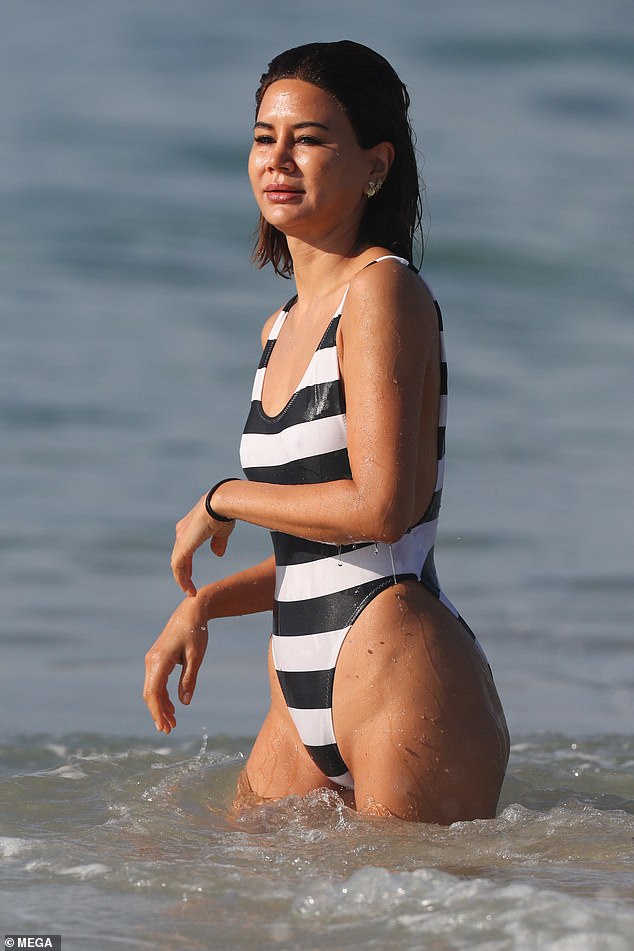 Just in case! Christine kept an emergency hair-band wrapped around her wrist

Joel was then seen quickly darting off to a local café, before returning with a takeaway beverage for his ladylove.

The low-key couple then carried their belongings down the sand before making their way home together.

The pair first sparked romance rumours last year, when they were pictured hugging in Sydney. Later, in December, they were spotted having dinner together in London. 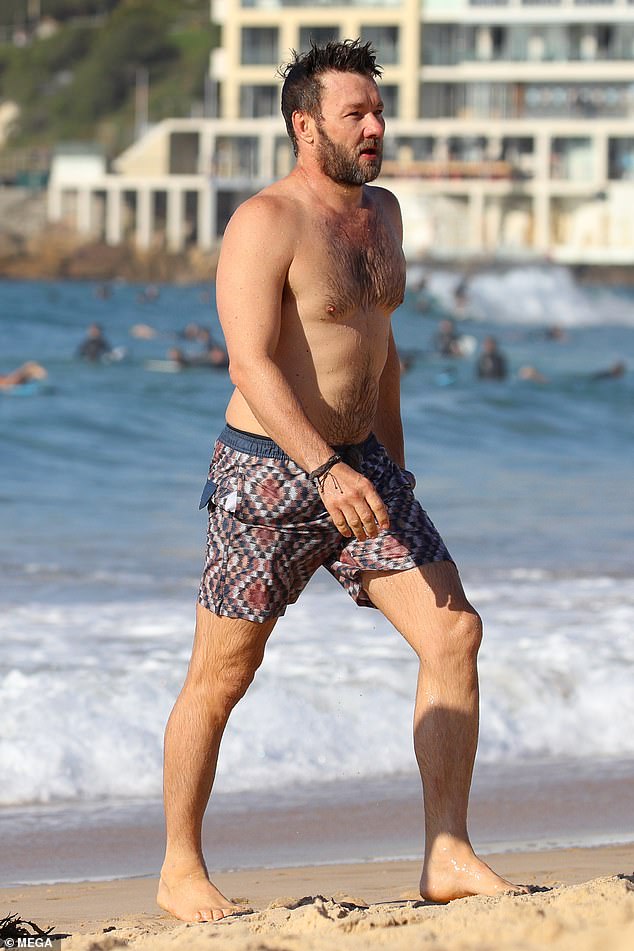 Can’t take the boy out of Australia! The Zero Dark Thirty actor is based in Los Angeles but often flies to his Australian homeland to visit friends and family 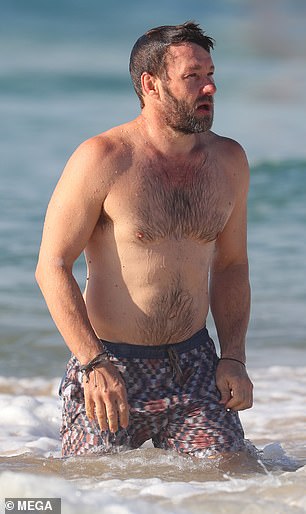 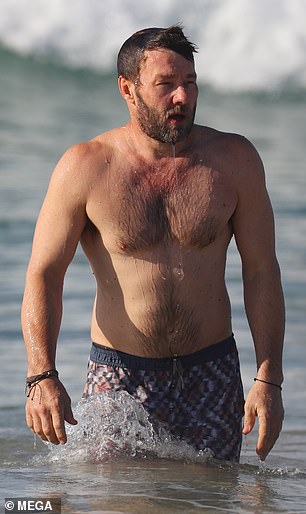 Everything OK? At one stage Joel looked a tad uncomfortable, perhaps due to a the chill of a sudden gust of wind 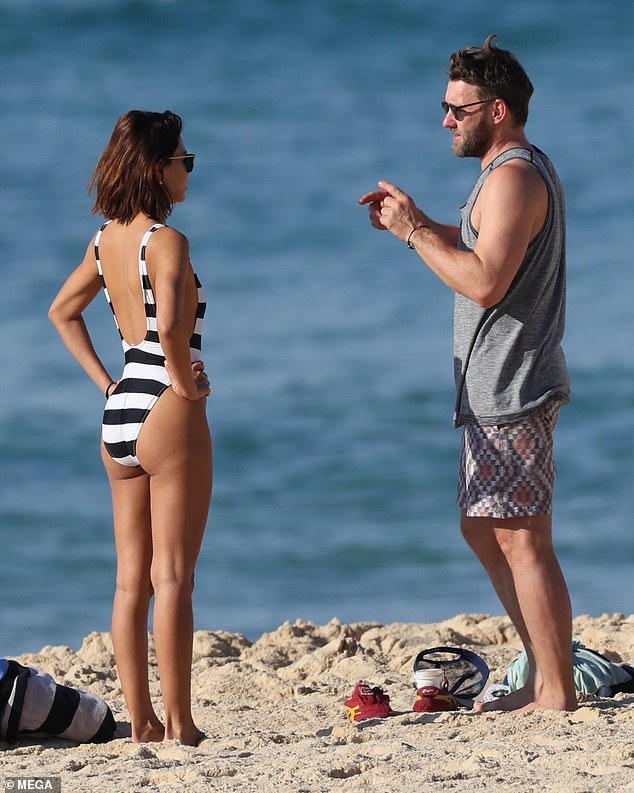 Just the two of us! The smitten duo were seen chatting on the sand as they dressed together

In mid-February this year, Joel stepped out to support Christine at her Wardrobe.NYC concept store opening in New York City.

The Los Angeles-based actor meanwhile, recently told The Daily Telegraph that he intends to spend more time in his native Australia.

‘My focus next is about what I can make at home that I can celebrate two of my favourite things. Being at home and making stuff so that I am not always away,’ he said. 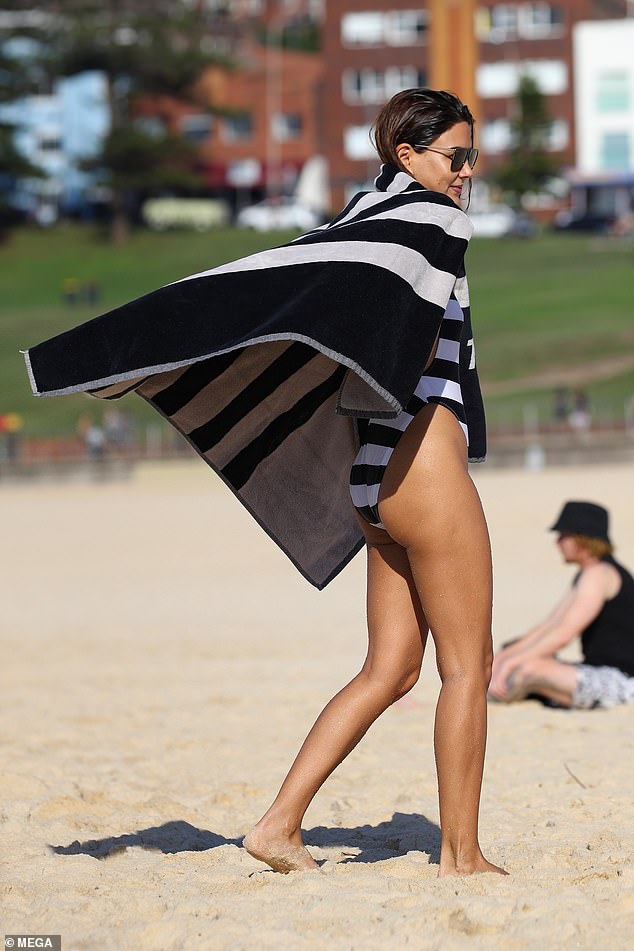 Always stylish! Christine obscured her famous visage with a pair of sunglasses, while swathing her slender frame beneath a black-and-white beach towel that perfectly matched her swimsuit 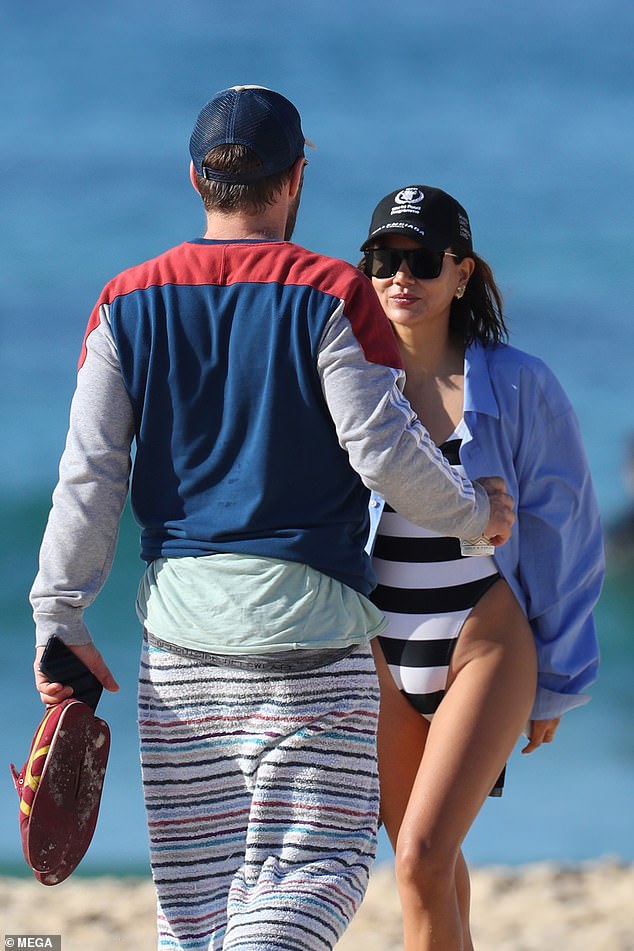 You shouldn’t have! Ever the doting boyfriend, Joel quickly darted off to local cafe before returning with a take-away beverage for his ladylove 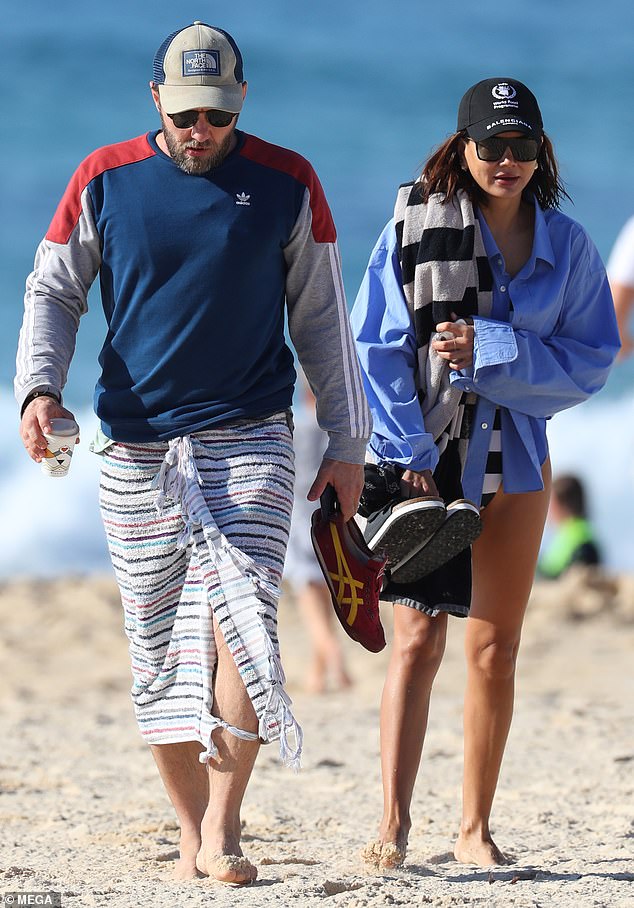 A great way to start the day! The couple were then seen carrying their belongings down the sand together as they made their way home 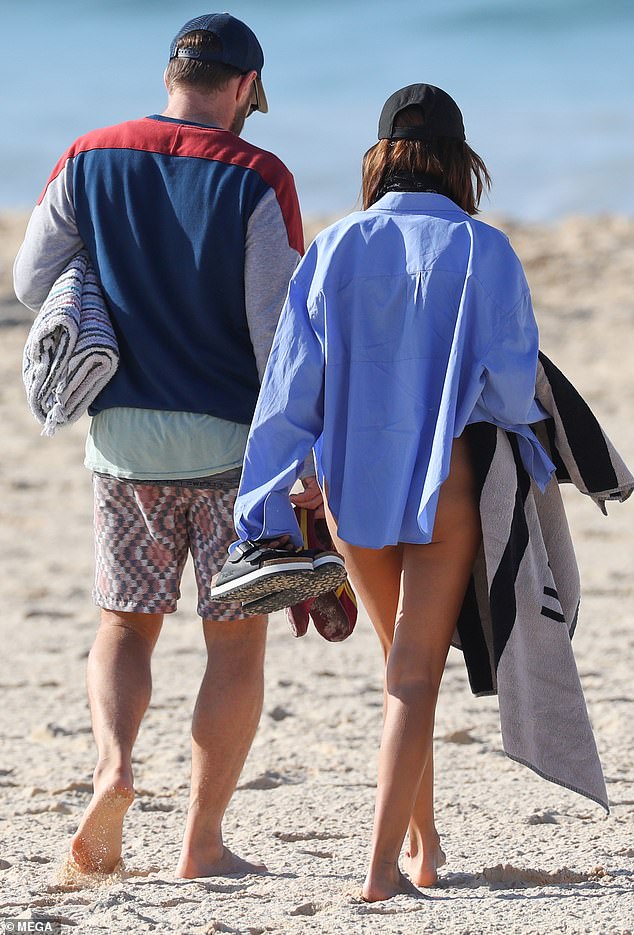 Supportive: In mid-February this year, Joel stepped out to support Christine at her Wardrobe.NYC concept store opening in New York City 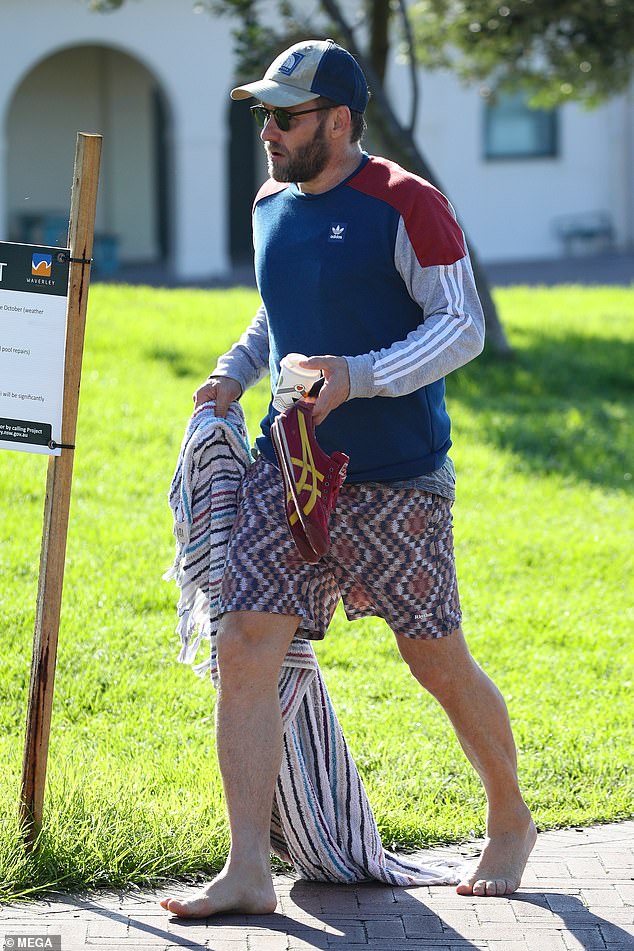 ‘My focus next is about what I can make at home’: The Los Angeles-based actor meanwhile, recently told The Daily Telegraph that he intends to spend more time in his native Australia