Dr Pimple Popper comes face to face with a 15-year-old cyst that smells like a ‘big rotten goose egg’ in another stomach-turning episode of her hit TLC show.

Dr Sandra Lee is visited by sisters Janice and Cheri, both from the US, who have growths on their arm and shoulder, respectively.

Dr Lee explains that the potent stench is from the old skin cells which have been stuck under Cheri’s skin for more than a decade. 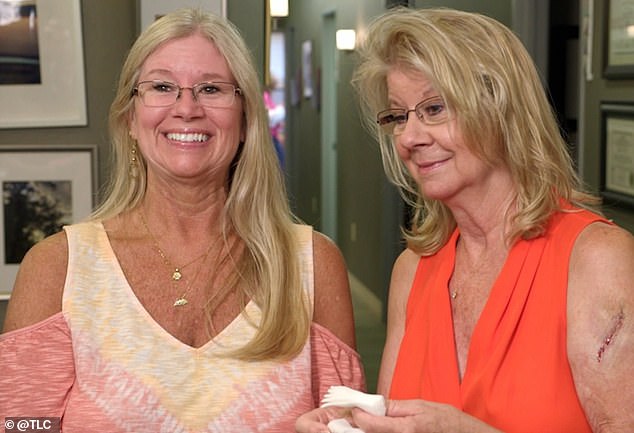 While sisters Cheri (left) and Janice (right) share a lot in common, one of the most obvious similarities is their matching lumps – which Dr Lee initially suspects to be lipomas 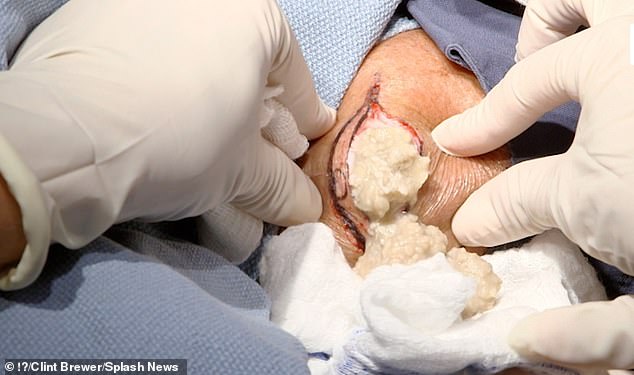 After slicing Cheri’s lump open, the dermatologist has no doubt that it’s a cyst – so prepares for the puss explosion by placing on a protective face mask and tying her hair back 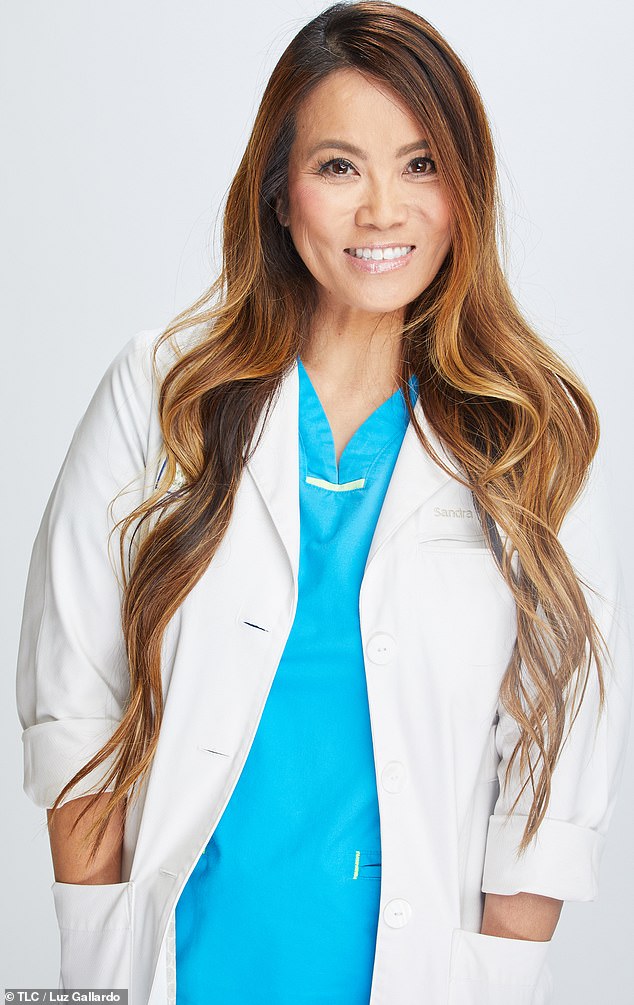 In tonight’s show, Dr Lee explains that while many skin conditions are hereditary, it is easy to assume the sisters have same kind of bump – but even she didn’t know what scene she’d be greeted with until she opened them up

Anticipating the big reveal, Dr Lee adds: ‘Is it mushy, is it like brie or is it like cream mushroom soup? I can’t wait to find out. It’s like opening a present at Christmas.’

She doesn’t have to wait long to find out as the lumpy yellow contents quickly floods out.

‘It smells like toe jam or something in your skin that’s been sitting there for a while,’ says Dr Pimple Popper.

While Cheri declares the whole process as ‘cool,’ squeamish Janice is unconvinced – at least to start. 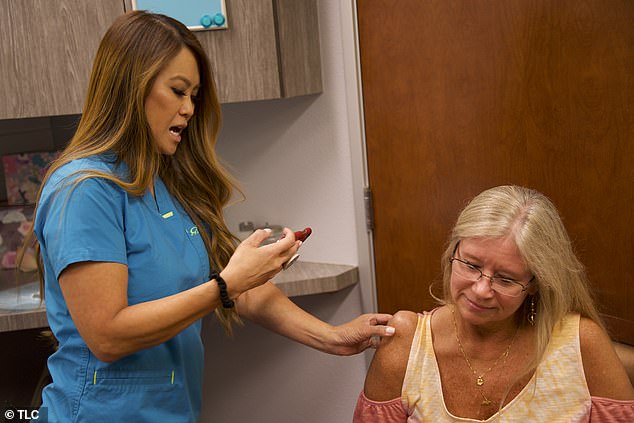 Popaholic Cheri was sifting through various YouTube channels one day when she came across Dr Lee – and she’s been hooked on her videos ever since. She has lived with her cyst for a whopping fifteen years 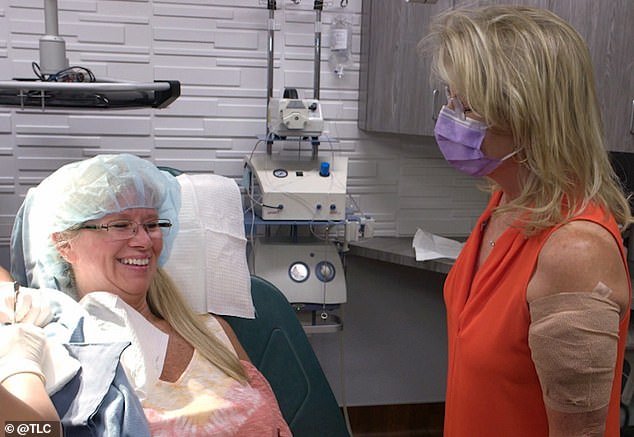 While Cheri enjoys the process and is eager to hear if anything is oozing out of her large lump, sister Janice is grossed out – but comes to terms with it by the time the grim ordeal is over

‘Cheri does like watching all the blood and guts and I’m not so much,’ Janice says.

However by the end of the consultation Dr Lee is convinced that she’s converted another ‘popaholic’.

Dr Lee says: ‘I’m pretty sure she started off hating this stuff but then I feel her over my shoulder peering in and watching every step of my removing the rest of Cheri’s cyst. ‘I think I’ve created a popaholic. Welcome to the dark side.’ 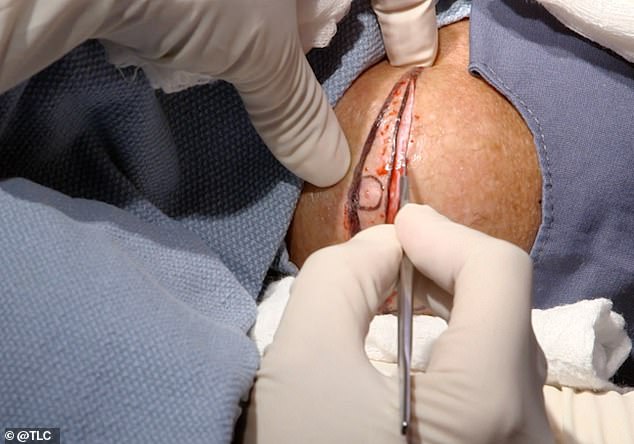 While Dr Sandra Lee initially believed the lump to be a lipoma, after slicing it open to reveal its contents, she soon realised she was dealing with a puss-filled, fifteen year old cyst 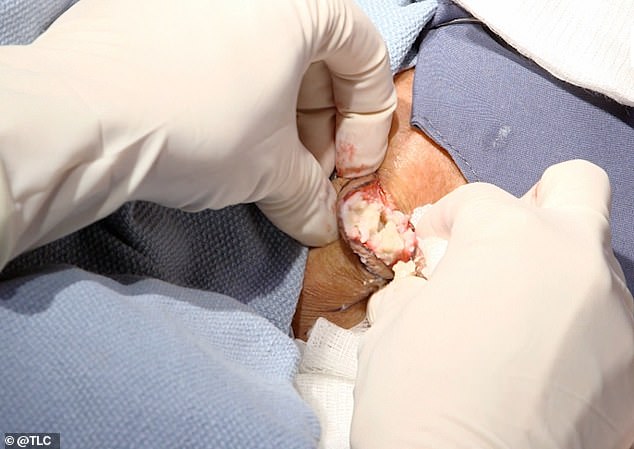 Describing the lumpy yellow texture inside the cyst, Dr Sandra Lee says ir ‘smells like toe jam or something in your skin that’s been sitting there for a while’ 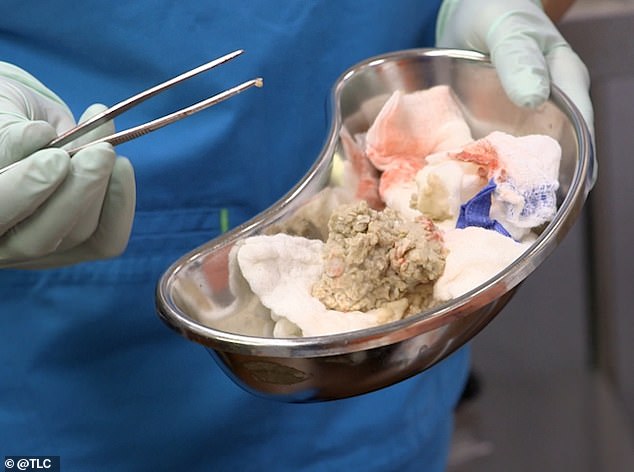 Before cutting open the cyst, the dermatologist wonders whether the contents (above), which is a build up of dead skin cells, will be mushy, like brie or like cream mushroom soup

Meanwhile, Cheri is only too delighted to have a first hand view when it comes to her sister’s extraction.

Confirming it to be a lipoma, Dr Pimple Popper describes the fleshy contents as looking like a’ chicken cutlet’ before removing it. 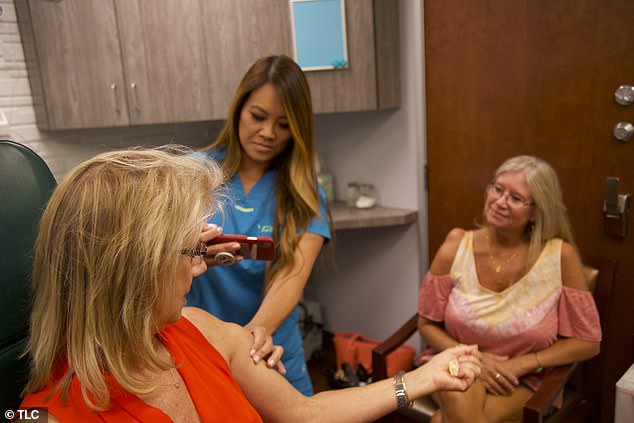 As Janice watches her sister get the contents removed from her cyst, Dr Pimple Popper jokes: ‘I think I’ve created a popaholic. Welcome to the dark side’ 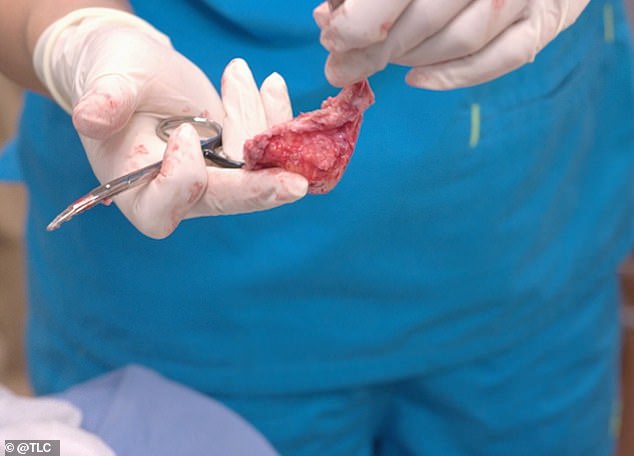 Dr Sandra Lee confirms that Janice’s lump is a lipoma and after removing it from her arm, describes it as looking like a ‘chicken cutlet’