An 11-year-old girl died after she suffered an allergic reaction to toothpaste and her mother is now warning other parents about the importance of reading labels.

Denise Saldate, from West Covina, California, who had a dairy allergy, went into anaphylactic shock from a milk protein in a prescription toothpaste.

She had been given the prescription by her dentist to help strengthen her tooth enamel, reported Allergic Living.

However, after years spent reading ingredient labels on toothpaste tubes and never seeing milk listed, her mother, Monica Altamirano said she didn’t think her daughter would be exposed to milk. 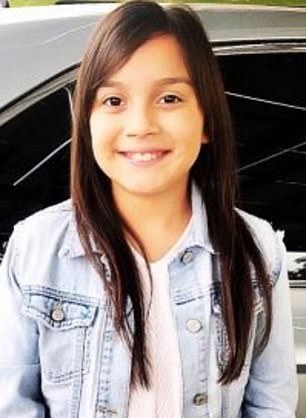 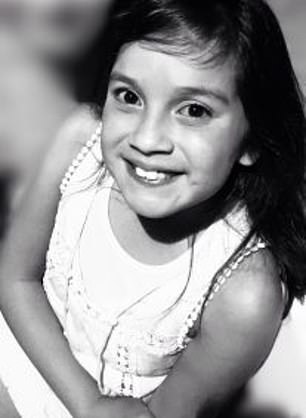 Denise Saldate, 11 (left and right), from West Covina, California, was diagnosed with a dairy allergy at age one.  She was prescribed toothpaste on April 4 to help strengthen her tooth enamel 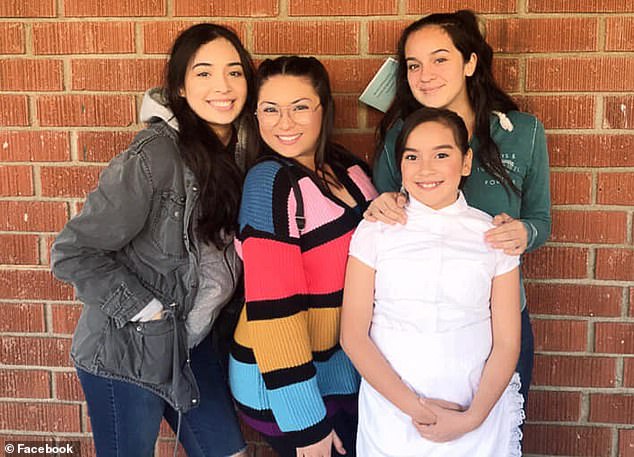 That evening, Denise went into anaphylactic shock, which is when the immune system overreacts to an allergen. Pictured: Denise (in white) with her mother and sisters

Denise was diagnosed with a severe dairy allergy at age one.

For the next several years, Altamirano and Denise’s father, Jose Saldate, diligently read food labels and made sure school staff gave her appropriate lunches.

On April 4, Denise and her mother went to the dentist, who prescribed MI Paste One, a brand of medicated toothpaste to help strengthen her tooth enamel.

Altamirano had spent most of Denise’s childhood reading the ingredients label on toothpaste tubes, but had never seen milk listed.

‘I did not think to look at the product ingredients,’ she told Allergic Living. ‘She was just excited to have her special toothpaste.’

WHAT IS ANAPHYLACTIC SHOCK?

Anaphylaxis, also known as anaphylactic shock, can kill within minutes.

It is a severe and potentially life-threatening reaction to a trigger, such as an allergy.

The reaction can often be triggered by certain foods, including peanuts and shellfish.

However, some medicines, bee stings, and even latex used in condoms can also cause the life-threatening reaction.

According to the NHS, it occurs when the immune system overreacts to a trigger.

It is considered a medical emergency and requires immediate treatment.

Insect stings are not dangerous for most victims but a person does not necessarily have to have a pre-existing condition to be in danger.

An incremental build-up of stings can cause a person to develop an allergy, with a subsequent sting triggering the anaphylactic reaction.

That evening, Denise was in the bathroom brushing her teeth with her 15-year-old sister.

Her sister told Allergic Living that just a few moments later, Denise ran out of the bathroom crying to find her mother.

‘She said: “I think I’m having an allergic reaction to the toothpaste” and her lips were already blue,’ Altamirano said.

Suddenly Denise’s mother realized that the sixth grader was going into anaphylactic shock.

The immune system releases chemicals that flood the body, blood pressure suddenly drops, and airways narrow, which prevents someone from breathing normally.

Symptoms usually occur within minutes and include hives, a weak pulse, nausea, vomiting, dizziness and a swollen tongue or throat.

To reverse this, an epinephrine solution – a medication and a hormone – is injected into the thigh muscle, which dilates blood vessels to bring blood pressure back and up and relaxes the muscles of the airways so the sufferer can breathe again.

The sister called 911 while Altamirano gave Denise a shot from her EpiPen and her asthma inhaler, but neither was helping.

Paramedics quickly arrived and attempted to administer CPR for several minutes before taking her to the hospital.

Denise was in the hospital for two days before she passed away.

Her parents later learned that that toothpaste contained Recaldent, a cows’ milk-derived protein.

The family hopes that the tragedy will help spread awareness about anaphylaxis and encourage families, school staff, and caregivers to check all items for allergens.

They also want dentists and other physicians to ask patients regularly if they have any allergies. 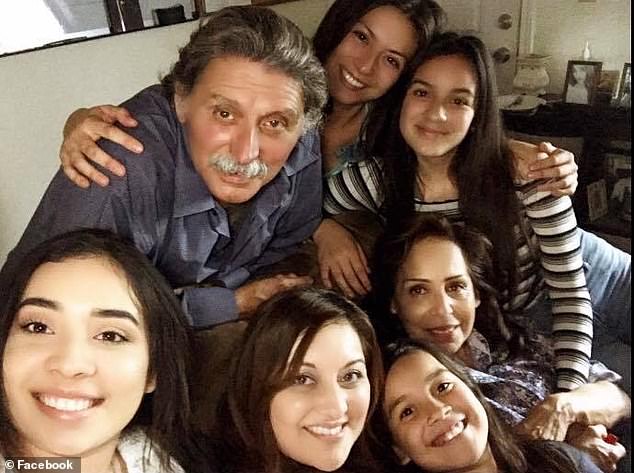 Denise (pictured in lower right corner with her family) was in the hospital for two days before she passed away on April 6. Her mother is now warning other parents about the importance of reading labels 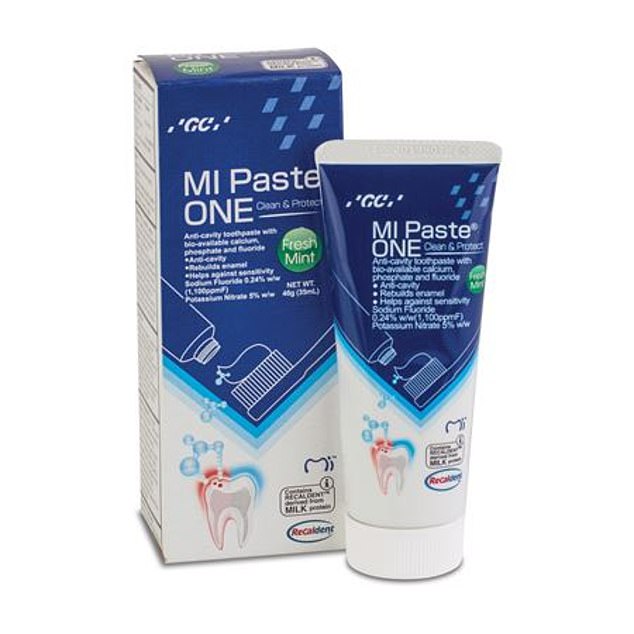 Her parents discovered the toothpaste, known as MI Paste One, had Recaldent, which is a cows’ milk-derived protein

The family hopes that the tragedy will help spread awareness about anaphylaxis and encourage families, school staff, and caregivers to check all items for allergens.

‘Read everything. Don’t get comfortable, just because you’ve been managing for several years,’ Altamirano said.

This is your child’s life, and God forbid you have to go through what I’m going through.’

Memorial services have been scheduled for April 26 and 27 with mourners asked to wear clothes with bright colors to reflect Denise’s ‘bright personality’.

The family has started a GoFundMe page has been set up to help cover the cost of funeral expenses.