Thousands of cartons of peaches, plums and nectarines have been recalled across the US over fears of listeria contamination.

The fruit, sold in stores including Walmart, Costco and Fairway, all came from a plant in New York, which sources from Chile.

The company voluntarily pulled its products from the shelves after a routine sampling found traces of listeria.

No illnesses have yet been reported. 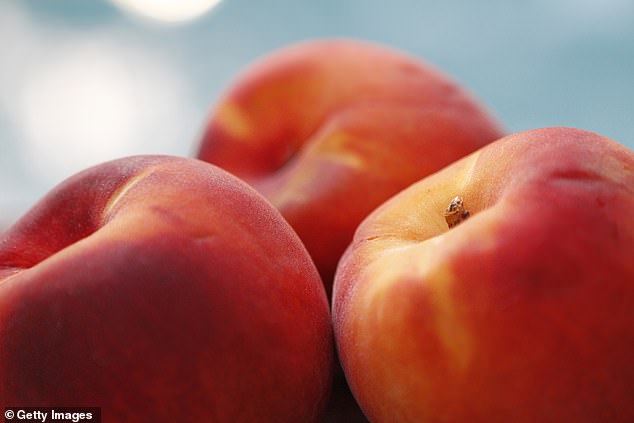 The recalled fruit was produced by Jac. Vandenberg, Inc. of Yonkers, New York

Listeria is one of the most common bacterium that causes food poisoning in America, but contrary to other bacterium, its effects can take a while to take hold.

It causes listeriosis, which is characterized by diarrhea and fever, within one to four weeks of infection, though the USDA FSIS says some people can take up to 70 days to show symptoms.

The recalled fruit was produced by Jac. Vandenberg, Inc. of Yonkers, New York.

Peaches and nectarines, which were sold in bulk, bore the PLU (Price Look-Up) sticker numbers 4044, 3035, 4378. Their stickers also indicated that they came from Chile.