The Eurostar will continue to run as normal even in the event of a No Deal Brexit, French rail bosses have promised.

Guillaume Pepy, the head of France‘s SNCF railway company – which has a 55 per cent stake in Eurostar – said there may be a few ‘details’ to iron out but claimed the ‘fundamentals’ will remain the same.

Pepy told French media that it was working to ensure smooth travel ‘whatever the [Brexit] scenario’. 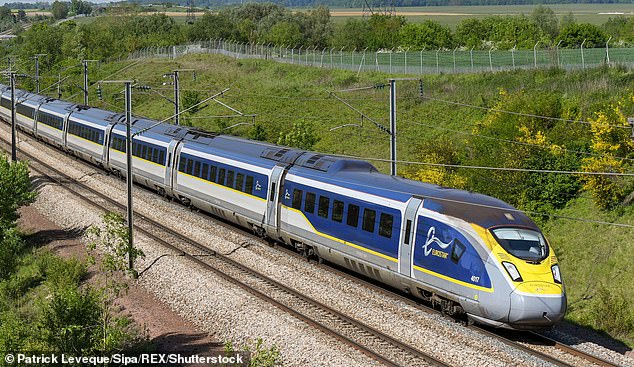 The Eurostar will continue to run ‘smoothly’ even in the event of a No Deal Brexit, the head of France’s SNCF railway company has promised

His comments come amid fears the cross-Channel train service could be affected or even halted if Britain crashes out of the EU without a deal on March 29.

Last week, the Department of Transport warned a no deal scenario could cause huge queues at at London’s St Pancras International in the event of No Deal.

A Government document, seen by The Financial Times, revealed there could be queues of up to 15,000 people a day at the station.

But Pepy reassured customers that would not be the case. He told reporters in France: ‘Things are now very, very concrete so that, whatever the (exit) scenario, Eurostar will be able to travel correctly. 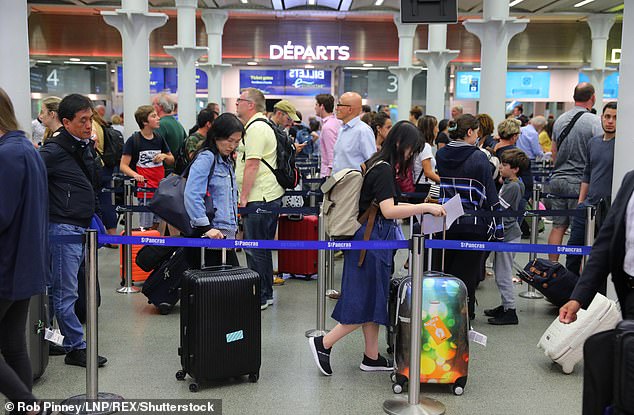 ‘We are well aware that the devil will be in the details so we are working on the details.

‘And then, in concrete terms, we shall have to see how things are organised at Gare du Nord (in Paris) and Saint Pancras (in London) regarding identity and customs checks.’

He added that if new controls brought delays then they would either hold back the train a few minutes to let passengers on or ‘send people on their way in the following train’.