Dove is calling for more new fathers to be given paid time off to bond with their new babies — and they’re putting their money where their mouth is.

In the US, maternity leave is not a legal right, and women employed full- and part-time employees don’t get paid time off after giving birth. The number of new fathers who have that privilege available to them is even fewer.

To help families, Dove is now offering $5,000 grants to fathers from its Paternity Leave Fund — and they’ve teamed up with Serena William’s husband, Alexis Ohanian, to spread the message. 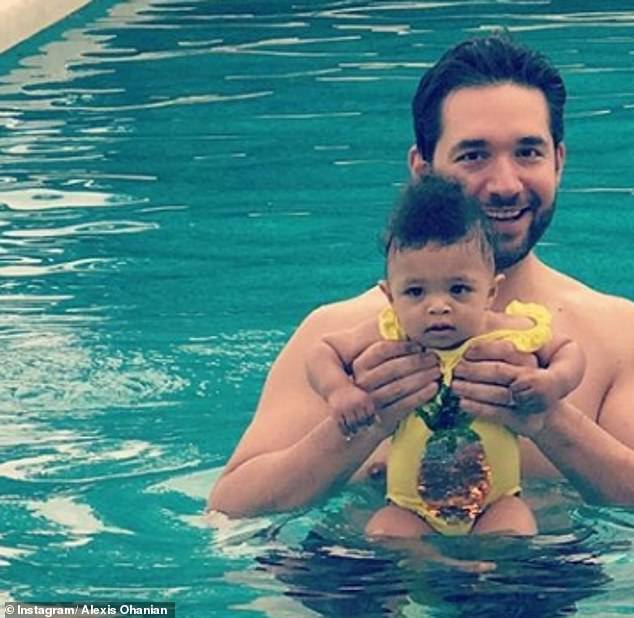 Groundbreaking: Dove Men+Care announced its new pledge and a fund for paid paternity leave. They teamed up with Serena Williams’ husband, Alexis Ohanian to promote it 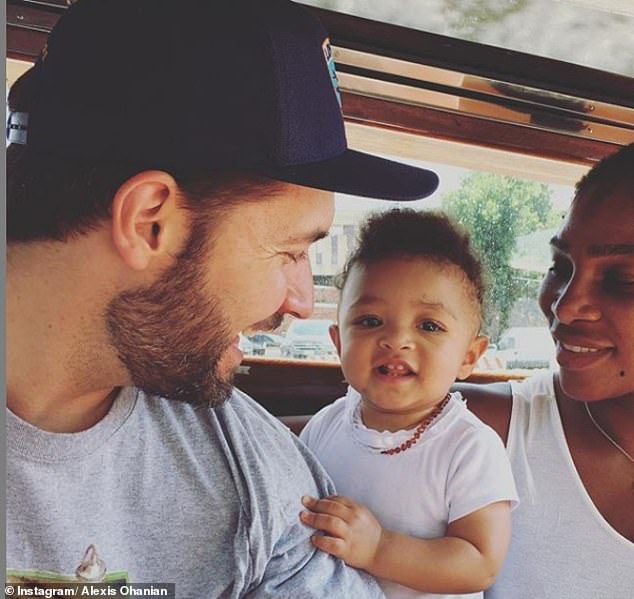 Loving: Alexis joined the campaign and expressed the importance of paternity leave in an Instagram post. Pictured is Alexis with daughter Alexis Olympia and Serena 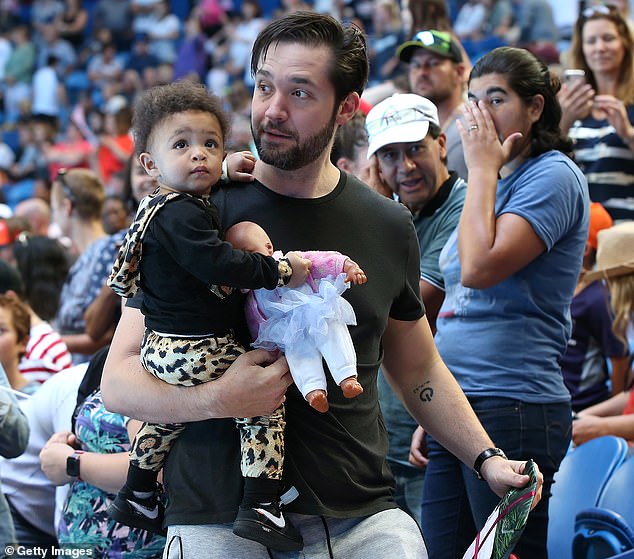 Adorable: The doting dad has made staying home with his daughter a priority since her birth in September 2017. He is also often spotted with her at Serena’s tennis matches

Important: Alexis shared his commitment to the Dove campaign on his Instagram page and encouraged followers to sign a pledge for paid paternity leave

The concept of paternity leave has grown in popularity in recent years, with more and more people calling for both mothers and fathers to be allowed the chance to bond with their new children before returning to work.

But the reality is that there are few men with access to such leave.

‘Only 15% of dads in the U.S. have access to paid leave to bond with their newborn. Let’s change that. Join me and @dovemencare in pledging for change,’ Alexis implored his followers on Instagram last week while sharing a picture with his daughter, Alexis Olympia.

The doting dad has made a point to be present in his one-year-old daughter’s life since she was born in September 2017.  He has even been spotted with the little girl in the stands while watching Serena compete on the tennis court.

So Dove Men+Care’s commitment to help dads share that special time with their babies appears to be a cause that is close to his heart. 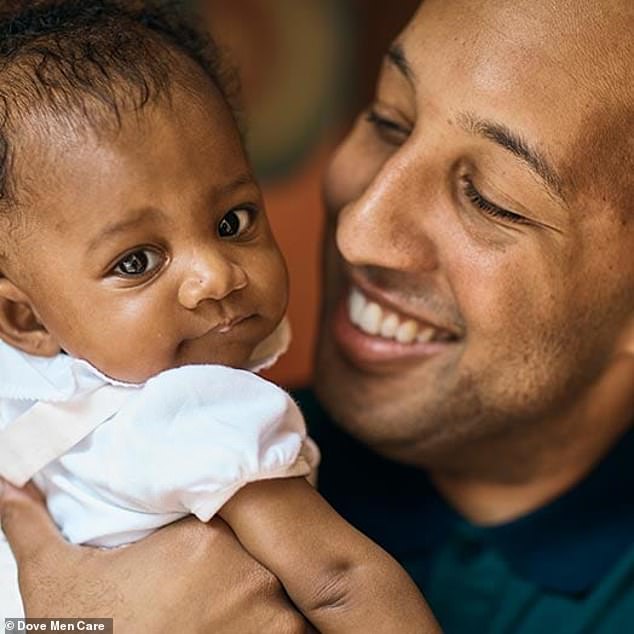 Heartwarming: Dove Men+Care first announced the imitative in June 2018 with a campaign video and has now created a pledge and fund for fathers 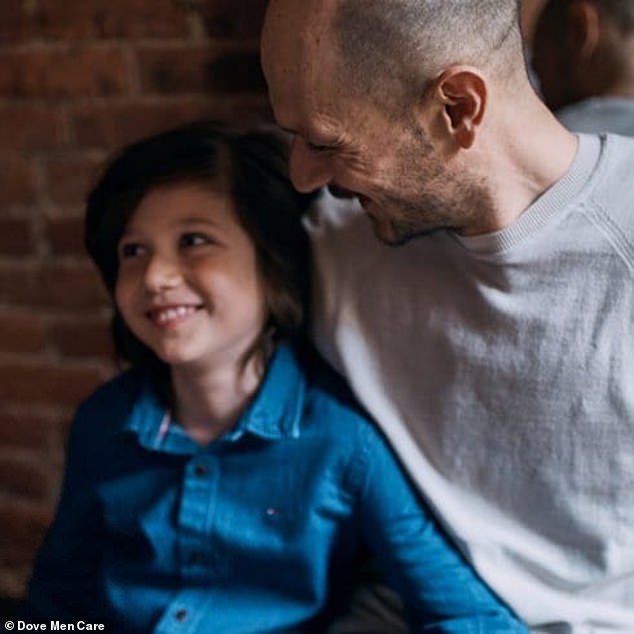 Time for change: The goal of the pledge is to inspire companies to help fathers take paid time off to spend with their newborn children

First, there’s a pledge, which they are encouraging current or expectant fathers, business owners, and allies of the cause to sign.

Currently, companies such as Spotify, Microsoft, Facebook, Twitter, and Johnson & Johnson, among others, have created their own versions of paternity leave and options for fathers of newborns.

As for the grants, fathers can apply online to qualify to receive $5,000 to help with expenses when taking time off to spend with their newborn child.

‘While our push to make paid paternity leave the new standard is a long-term mission, expectant dads are in urgent need of support right now,’ the company wrote on its website to describe the fund. 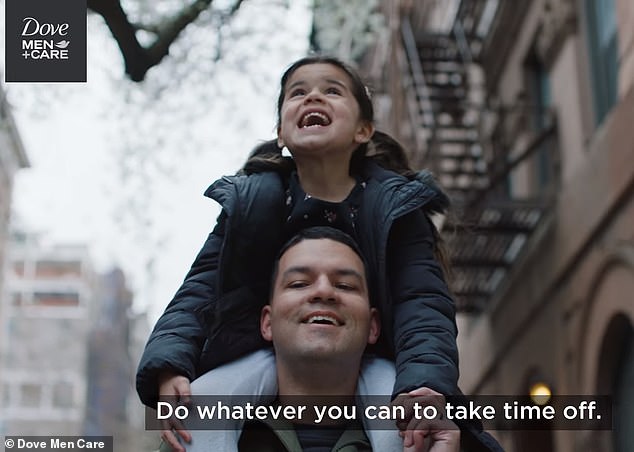 Priority: Last year, the company released an ad about paternity leave where fathers in the video expressed the importance of taking that time 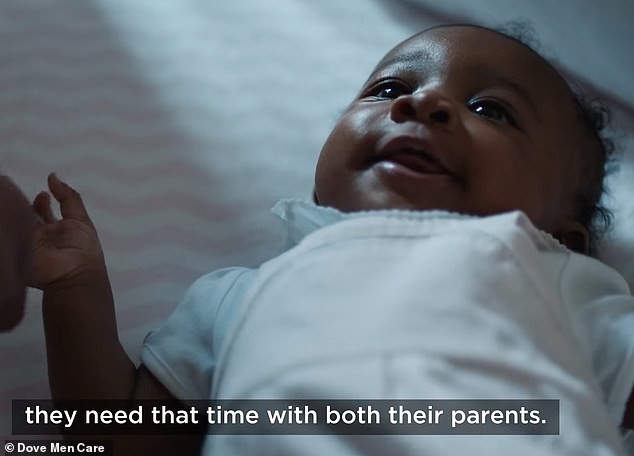 Moving forward: Dove then took its initiative one step further by starting the Dove Paternity Leave Fund and encouraging people to sign a pledge 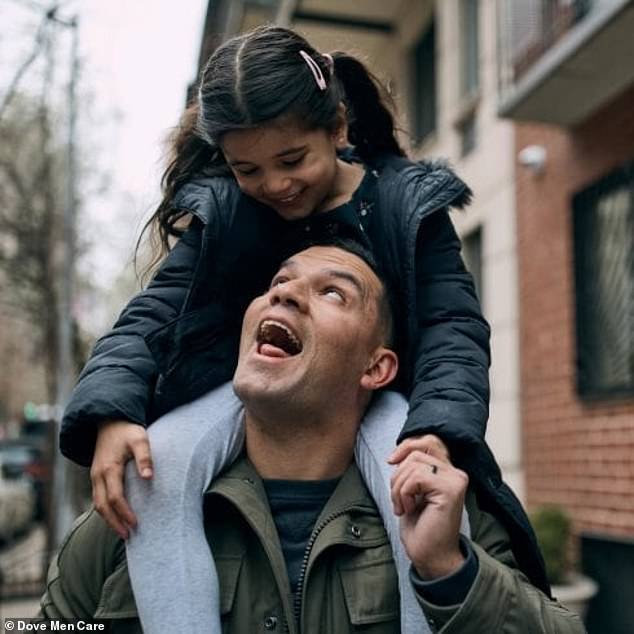 Helping out: The fund will grant $5,000 to new and expectant fathers who apply so they can spend time with their kids if their employers don’t allow paid paternity leave

A video promoting the paternity leave released last year depicts fathers with their children, and explains that time with the newborn after he or she is born is important to a family.

‘Children as they’re coming into the world, they need that time with both their parents,’ one father says during the video.

‘I remember when she came out, it felt like time stop and she started looking around,’ he continues.

Other fathers share similar sentiments about the importance of taking time off to spend with their newborns.

The heartwarming campaign states the brand is ‘championing’ the opportunity for fathers to also stay home with their children.