Britain’s top divorce lawyer, who turns over £20million a year, has chosen not to take any maternity leave after welcoming her youngest child.

Ayesha Vardag, from Hampshire, welcomed son Orfeo last year at the age of 50 – and revealed this week she had no qualms about going straight back to work as part of a ‘blended’ approach to motherhood.

‘I’m not having any leave at all,’ she told The Times. ‘I’ll just keep going but in a flexible way, which is generally how I think everybody should approach the world nowadays.’

The self-styled ‘diva of divorce’ added: ‘I had five weeks with my son Jasper, I only had three weeks with my daughter, Helena, and this time I didn’t have any at all. 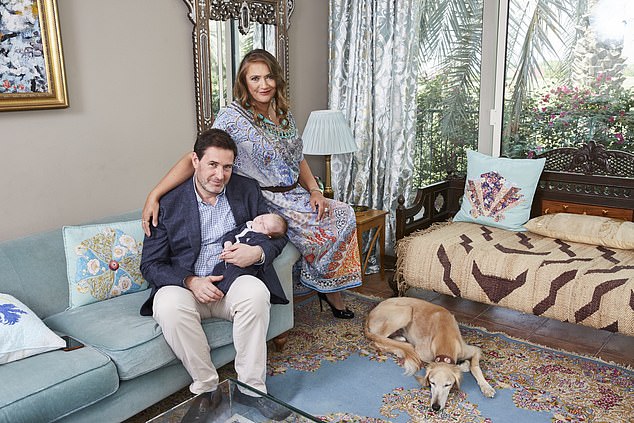 Ayesha Vardag with her astrophysicist entrepreneur husband Stephen Bence and son Orfeo at home in Dubai. The lawyer revealed this week why she declined to take maternity leave 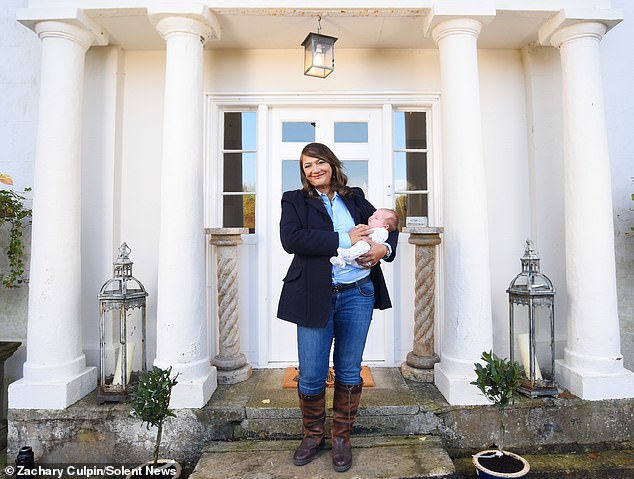 ‘Fortunately, because Vardags is my firm, I’m able to be flexible. I can have a meeting here with the baby and I can just keep going. In the first few months I’d go out and feed him or get him brought in and feed him.’

She says this flexible approach means that most of her staff are happy to come back for ‘a day a week or more’, just a few months after giving birth.

Ayesha has previously claimed that her tangled love life, including having four children with three men, has inspired her to be ‘fierce, subtle and clever’ for her millionaire clients.

The lawyer told MailOnline how she lost her first husband after having an affair, had a baby during a romance with a much younger man and has now finally found happiness with her latest husband, becoming a mum again at 50.

Ayesha, who shares Orfeo with her astrophysicist entrepreneur husband Stephen Bence, said: ‘I’ve had lots of relationships and I’ve been a single mother so there’s nothing that my clients tell me that I haven’t been through myself. 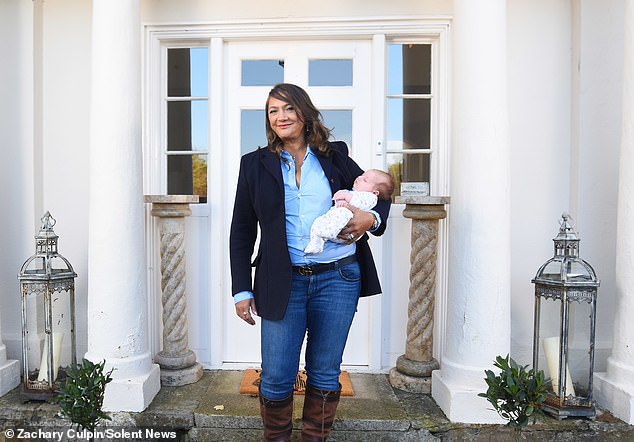 Ayesha (pictured at home with son Orfeo) has previously told how her tangled love life, including having four children with three men, has inspired her to be ‘fierce, subtle and clever’

‘I bond with them over that during meetings, but now I’ve come full circle and I’m the happiest that I’ve ever been in my personal life.’

Explaining how she uses her life story to help her clients, Ayesha added: ‘I have to be fierce, subtle and the cleverest person in the room.

‘l have to use the best tactics to win cases, not just to get the best deal for my clients, but also so that their families aren’t completely destroyed in the process and they can be still be a family in the future.

Speaking from her stylish £1 million farmhouse in Hampshire – one of her four homes with others in London, Italy and Dubai – Ayesha boasts an army of staff, a nanny, two housekeepers, a personal assistant and her mother who helps out. 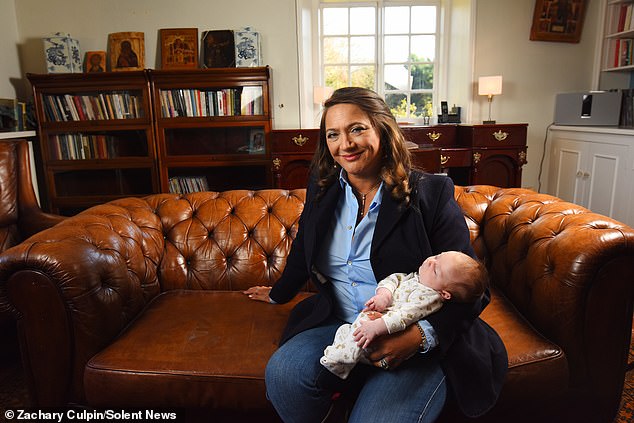 Ayesha (pictured with son Orfeo) set up her own firm 14 years ago and now oversees 500 divorces a year, representing some of the country’s wealthiest people

She told how her turbulent personal life began in 1999 when she split up from her first husband Xavier Hunter with whom she had her two eldest sons Jasper, 23, and Felix, 21.

‘I’d always thought that my first marriage break-up was my lowest point. I’d always thought he was the love of my life. He was my handsome and funny boss who was three years older than me when I was starting out and he became the father of my two sons.

Fourteen years ago she set up her own firm and now oversees 500 divorces a year, representing some of the country’s wealthiest people.