Dido had her ageless complexion on full display on Saturday, as she exited BBC Radio 2 following her interview with Graham Norton.

The 47-year-old singer cut a chic figure as she exited the studio, with her incredible beauty proving she had barely aged a day during her 20 years in showbusiness.

It came as Dido spoke to Graham Norton about her first new album in six years, admitting that after she welcomed her first child she was ‘too happy’ to work on any new music. 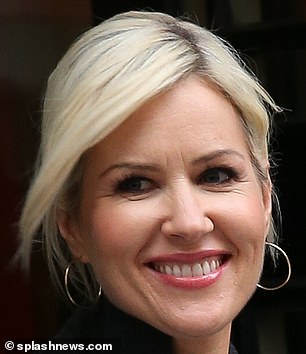 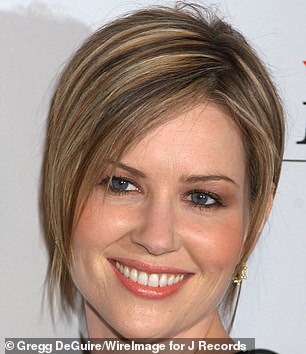 Flawless: Dido had her youthful complexion on full display on Saturday, as she left BBC Radio Studios in London (right in 2006)

Showing off her beaming smile, Dido was sporting a low-key ensemble as she exited Wogan House, teaming skinny black jeans with trainers and a pale grey trench coat.

Pulling her light blonde tresses into a simple up do, the star added a cheeky pop of colour with a simple red lip, keeping her ageless beauty on full display.

As she headed in and out of the studio, Dido was greeted by an army of fans – which she documented on her Instagram Stories – and a sped-up video showed her meeting some of the well-wishers and signing autographs.

The singer was chatting to DJ Graham about her fifth studio album, the first new music the star had released in six years. 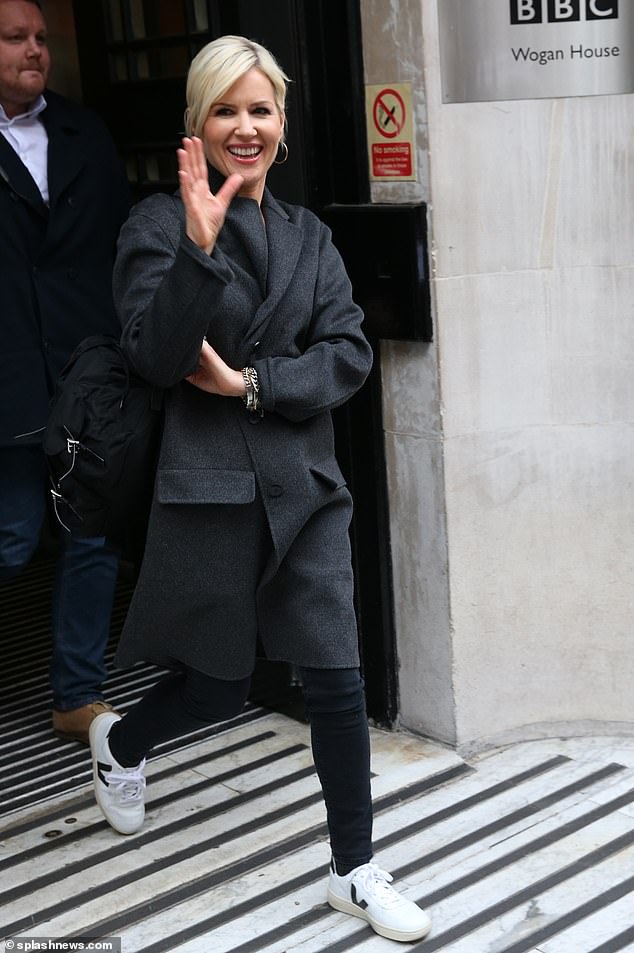 Casual: The 47-year-old singer cut a chic figure in all-black as she exited the studio, teaming skinny black jeans with trainers and a pale grey trench coat

Full name Dido Florian Cloud de Bounevialle O’Malley Armstrong, the singer first broke onto the scene in 1999 with her debut album No Angel, which featured the chart-topping single Thank You.

But she gained even more attention in 2000 when her collaboration with Eminem – a remix of Thank You titled Stan – topped charts worldwide.

In her 20 years of show business Dido has also scooped four BRIT Awards and been nominated for two Grammy’s, and was even nominated for an Academy Award in 2011 for the song If I Rise, which featured in the film 127 Hours. 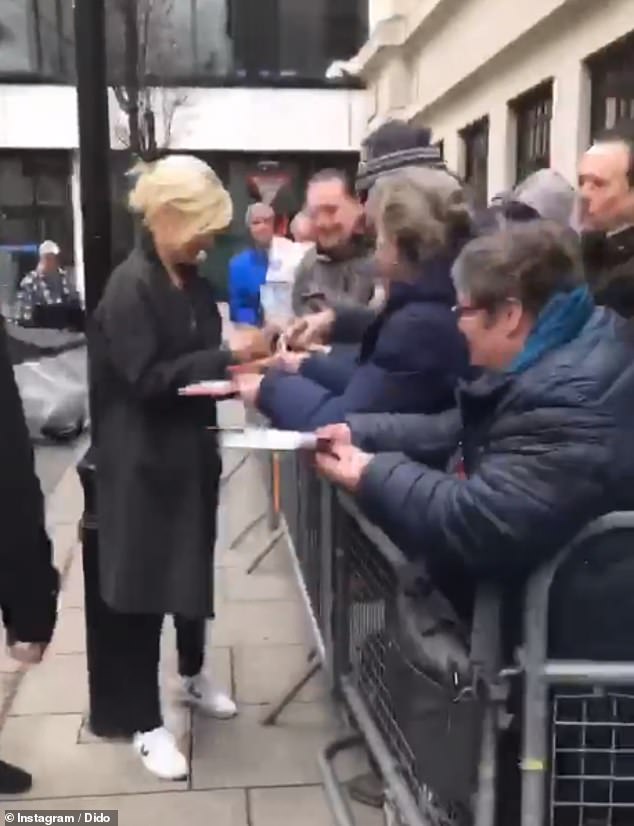 Welcome! As she headed in and out of the studio, Dido was greeted by an army of fans – which she documented on her Instagram Stories

Explaining why she had taken a break from releasing music, Dido admitted she struggled to write good songs after welcoming her first child Stanley with husband Rohan Gavin in 2011.

She explained: ‘After I had my son I definitely have a couple of years where most what I wrote wasn’t very good.

‘I actually knew it at the time, when I write songs there’s always a bit conflicted, but then when I had a kid I thought ”I’m quite happy.”

The star will also be embarking on her first world tour in 15 years, as she confessed the previous two albums did not seem to fit with the live shows. 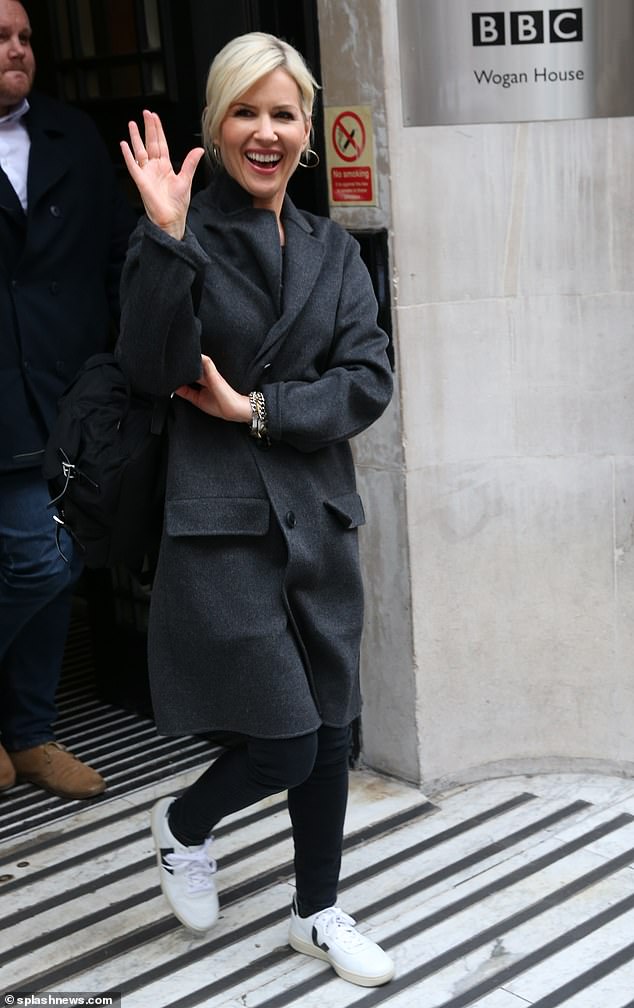