Petyr ‘Littlefinger’ Baelish (played by Aidan Gillen) was a fan favourite on HBO’s Game of Thrones until his demise at the hands of Arya and Sansa Stark in the final episode of the seventh season, ‘The Dragon and the Wolf’.

As a character who managed to outsmart almost everyone in the series, some fans have speculated that he may not actually be dead at all – despite having his throat cut on screen.

However, in an interview on Today Extra on Thursday, just weeks out from the premiere of the final season, Gillen let slip a detail that may blow the fan theory out of the water. 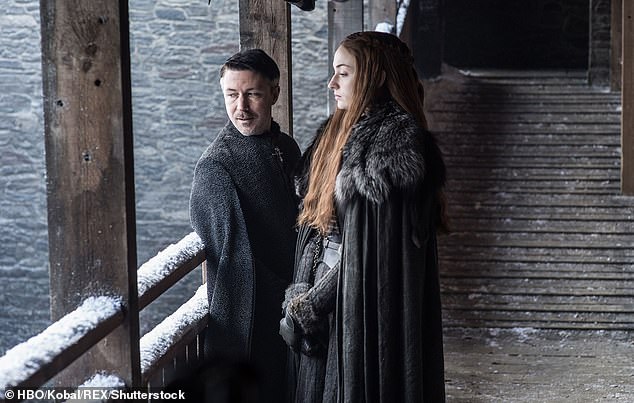 Slip of the tongue? Aidan Gillen (left) may have accidentally revealed a major spoiler about the upcoming final season of Game of Thrones this week

Asked by host Richard Wilkins if he has fans constantly approaching him because of his role on the show, Gillen replied, ‘I’d say maybe 10 people would come up to me every day about it, which is a lot considering I haven’t worked on it for two years.’

If he hasn’t worked on Game of Thrones for two years, and the upcoming season finished filming in July last year, this seemingly rules out an appearance for the actor.

Although he previously fuelled the rumours by refusing to rule out a return, this unintentional slip-up could come as a major disappointment to fans hoping to see Littlefinger potentially ascend to the Iron Throne.

‘Spoiler alert!’ Wilkins joked in response to the slip.

‘Yeah, sorry about that,’ Gillen replied. 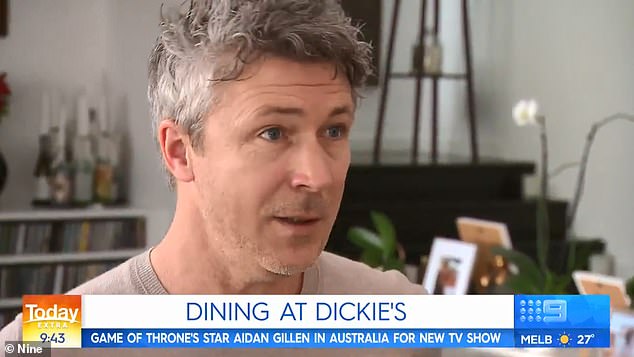 ‘Spoiler alert!’ Aidan Gillen told Today Extra that he hasn’t worked on Game of Thrones for two years – more or less ruling out a return for his character Littlefinger

After Littlefinger’s execution, many fans were unsatisfied with this ending for the Machiavellian manipulator.

The conniving character was responsible for secretly orchestrating many of the major events in the series, including the death of King Joffrey, so how did he not see his own end coming?

One popular theory postulates that Littlefinger did see his death coming and took steps to prevent it, faking his death and fooling everyone. 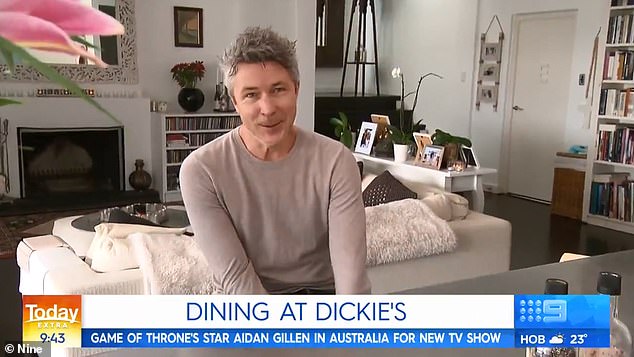 ‘Yeah, sorry about that’: The actor apologised for the unintentional spoiler

The theory states that the person we saw die was actually a Faceless Man, from the cult of assassins that Arya joined.

In one unexplained scene before his death, Littlefinger is seen secretly talking to an unknown woman. She whispers to him something that sounds like, ‘Your time’s up’.

Littlefinger then hands her a coin, which fans speculate to be a coin from Braavos, such as the one Arya was given by her assassin friend Jaqen H’ghar. 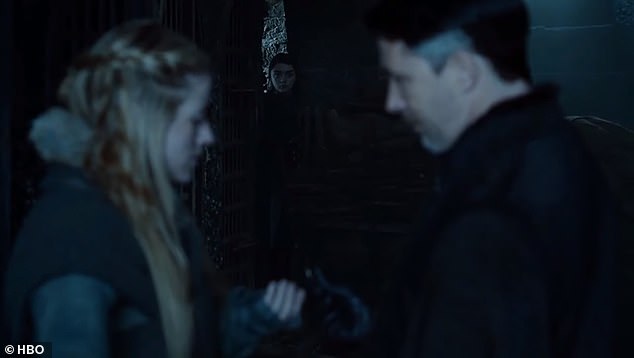 Mysterious: Littlefinger hands a mysterious blonde woman a coin, which fans believe to be from Braavos

We also know that Baelish’s great-grandfather was from Braavos and that he knows of the Faceless Men.

Does this mean the woman was a Faceless Man who took Littlefinger’s place at his execution? We’ll have to wait to see what happens when the highly anticipated final season premieres on 14 April.

Game of Thrones season eight premieres in the US on HBO on 14 April and in Australia on Foxtel on 15 April. 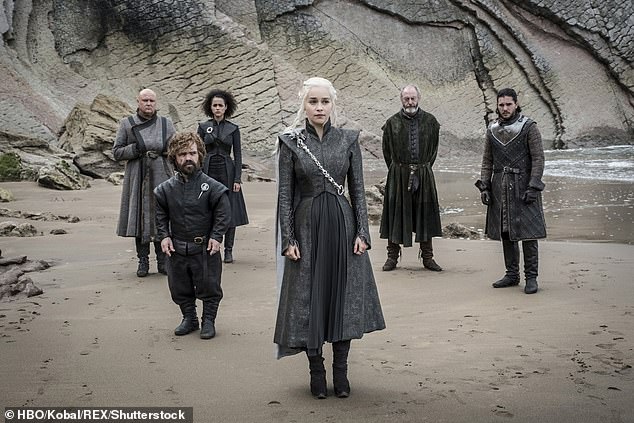