Most people would love to enjoy a bike ride through the idyllic French countryside and the stately boulevards of Paris, but Chris Froome of all people doesn’t have time to relax and take in the scenery.

The reigning Tour de France champion is back in the race once again to defend his crown. The British cyclist, also the defending Giro d’Italia and Vuelta a España champion, has unquestionably emerged as one of professional cycling’s elite competitors in recent years.

But just who is Chris Froome? What is his net worth after all his success in professional cycling? Here’s all you need to know about who he is, his age, net worth, how he makes his money, family and record at the famed Tour de France. 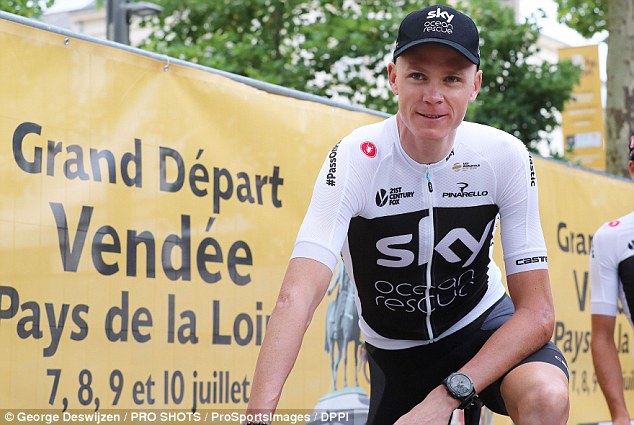 Who is Chris Froome?

Chris Froome is a professional cyclist who currently competes for UCI ProTeam Team Sky. The reigning champion of the Tour de France, Vuelta a España and the Giro d’Italia, he’s widely seen as one of the best professional cyclists in the world today.

After completing primary school in Nairobi, his family relocated to South Africa where he soon took up competitive cycling and turned professional in 2007 at age 22. He started riding under a British license in 2008, the same year he made his debut in the storied Tour de France.

In 2013, Froome won the Tour de France for the first time along with other races like the Tour of Oman and the Tour de Romandie in Switzerland. Despite crashing out of the 2014 Tour de France, he soon stormed back to win the race in 2015, 2016 and 2017. In addition to his recent success at the Tour de France, Froome also won the 2017 Vuelta a España and the recent 2018 Giro d’Italia, cementing his status as one of the world’s premier cyclists.

How old is Chris Froome?

What is Chris Froome’s net worth?

His annual salary is thought to be approximately $4 million (£3m).

How does Chris Froome make his money?

Froome’s net worth is thought to be a combination of his successful as a professional cyclist and through various endorsements.

In addition to his success at the Tour de France, Froome has also racked up lucrative endorsements from the companies who sponsor his professional team, including from Turbine.

Who is Chris Froome’s wife?

The couple wed in November 2014 and welcomed their first child, a son named Kellan, on December 14, 2015. They’re also expecting a second child sometime in August 2018.

Froome is currently competing at the 2018 Tour de France, an event he’s enjoyed much success in over the past decade.

The cyclist made his Tour de France debut back in 2008, placing 83rd overall. A few years later in 2012, he placed second behind only Bradley Wiggins despite suffering a punctured tire and crashing near the end of stage three of the race. His impressive showing allowed him and Wiggins to become the first Britons ever to take the top two spots in the race’s history.

Building off his momentum the previous year, Froome returned to the Tour de France in 2013 and won the prestigious event for the first time. Though he was unable to defend his title after crashing out in the fifth stage of the 2014 Tour de France, Froome soon stormed back to win the race three consecutive years from 2015 to 2017, establishing himself as one of the world’s elite cyclists and making him one of just a handful of riders to win the event multiple times.