Child Genius viewers slammed one enthusiastic mother last night as she heaped praise on her brilliant son – while seeming to ignore her daughter completely.

Claire Oliver-Harwood, from Mansfield, is mother to William, 11, who is competing in the Channel 4 hit series, and insists she’s not competitive ‘in a pushy psycho kind of way’.

Dr Oliver-Harwood, from Nottingham, has a PhD in organic chemistry but now dedicates her time to helping her son excel, by studying his textbooks and teaching him the information as he ‘hates reading’.

After William scored eight out of 10 in the first round of the contest on last night’s episode, his mother was full of praise, saying: ‘I think he did brilliant. He’s fabulous aren’t you, Will? He’s my son and I absolutely adore him. I mean look at him! He’s beautiful. Sorry.’

However, viewers couldn’t help but notice her daughter, who stood awkwardly behind her family as their mother exalted her son’s achievements, with one writing: ‘William’s mother is saying how much she loves her son, and the daughter looked like she wanted the floor to open up and consume her.’ 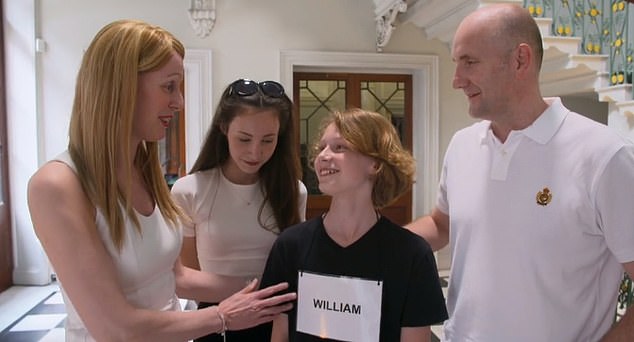 Claire Oliver-Harwood, from Mansfield praised her son William after he achieved a score of eight out of 10 in the first round of Child Genius, however viewers were quick to point out how uncomfortable her daughter looked

Twitter users were critical of Claire’s attitude in the programme, suggesting that her young daughter would ‘never forget this’ 1

Another pointed out that it looked like Claire had forgotten all about her daughter, saying: ‘Not sure if you’ve noticed, but while you’re fawning over your son, you’ve got a daughter standing behind who seems to have been forgotten about.’

One wrote: ‘Williams mum is creeping me out. Her poor daughter.’

In last night’s show, William opened up about how the duo work together ‘as if we’re one human being’, with mum Claire also becoming the first parent ever to sit the selection paper for the competition.

She described how much she loved working with William, saying: ‘It’s a me and Will thing, it’s us, me and him, doing our little thing.’ 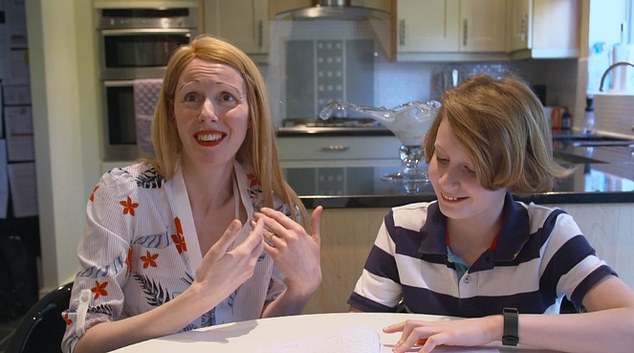 The mother-of-two describes competing as her and William’s thing, while the 11-year-old says they compete ‘as if they were one human being’ 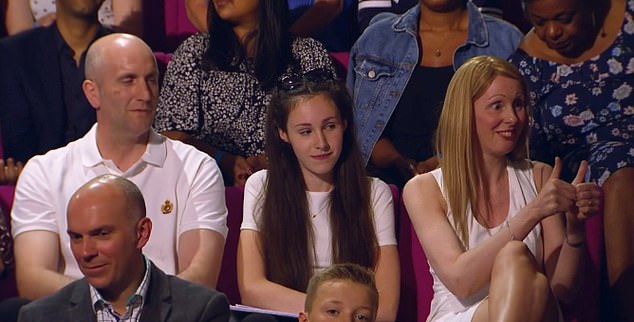 The unnamed daughter looked uncomfortable throughout the programme, while her parents exalted their genius son

William, who is battling it out with 18 other children aged eight to 12 to be named the smartest child in the UK, ‘hates reading’.

Instead, his mother will devour all of his textbooks and highlight key passages before teaching the subject matter to him.

Discussing her unique way of parenting, Dr Oliver-Harwood said: ‘I really enjoy the challenge of trying to get all of the information that I have accumulated in my brain and to get it into William’s brain. I learn all this stuff, I love it.’

Invisible child: Viewers were keen to remind Claire that she had a daughter standing behind her that she had appeared to forget about 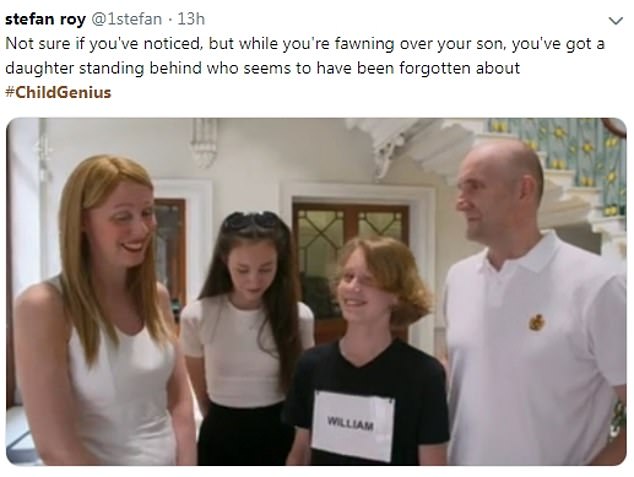 Viewers were quick to call out Claire’s ‘blatant favouritism’ as they spotted her daughter looking awkward while praise was heaped onto son and Child Genius competitor William, 11

She added: ‘When William’s on that podium, I will be living every single second that William is living. I do feel I’ve taken on the responsibility of his progress in this competition.’

When asked if his mother is competitive, William said: ‘Probably more than me.’

But the pair appear well equipped to deal with the pressures of the competition.

They both entered a national language learning contest where they were tasked with learning Zulu in three weeks. William came second while Dr Oliver-Harwood gleefully told the camera she won the parents’ competition. 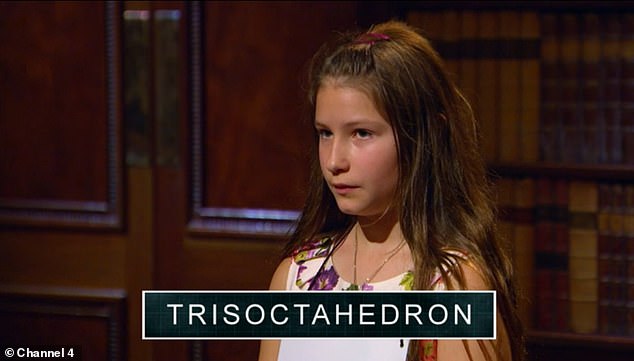 Melissa, 11, was left in tears after she struggled with the spelling round of the competition, managing a score of 1 out of a possible 10 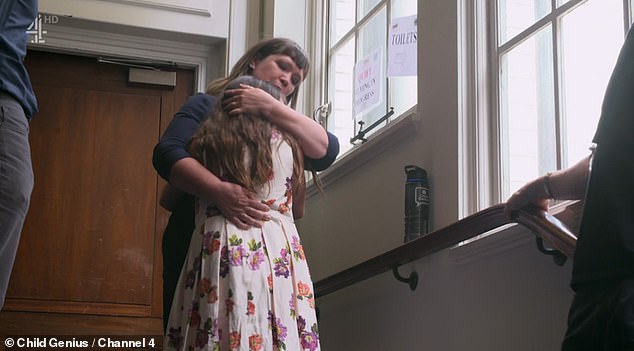 Kaja comforted her daughter Melissa, who was one of 19 contestants competing to be named Brighton’s brightest child

And after William competed in the first round of the competition, achieving an impressive 8 out of a possible 10 points, his mum was quick to praise the youngster.

Meanwhile, one candidate tearfully quit the competition as she managed to score just one point – while her twin brother got perfect marks.

The first episode of the new series saw contestant Melissa, 11, from Birmingham, score just one point in the spelling round.

The little girl broke down in her mother’s arms and decided to quit the competition, which is designed for eight to 12-year-olds, during last night’s episode.

Her twin brother Michael, meanwhile, took to the podium immediately before Melissa to gain a perfect score in the Channel 4 quiz show.

Child Genius continues on Channel 4, 8pm next Monday and is available on All4