Scandinavia may not be the utopia we thought after all: Scientists discover Catalans score higher for mental wellbeing than Danes

But a new study found Catalans scored highest on an internationally-recognised mental-wellbeing test.

Researchers warn methods that rate Norway, Finland, Denmark and Sweden as the most cheerful are too simplistic.

The team, from the universities of Southern Denmark and Warwick, admitted it is unclear why residents of Catalonia in northeast Spain are so content. 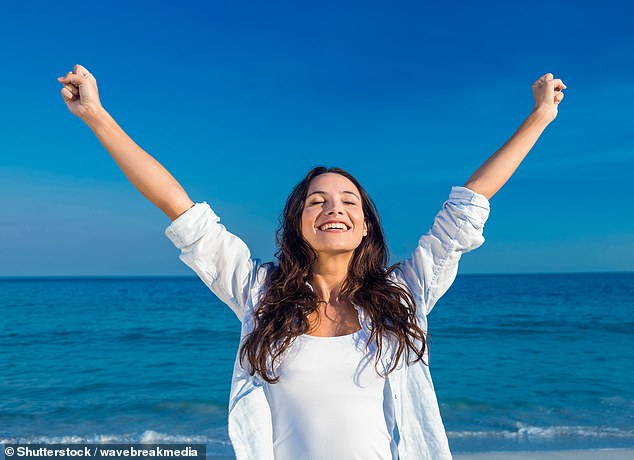 The study was led by Dr Vibeke Koushede, a midwife and senior researcher in the USD’s department of health and social context.

World Happiness Reports have consistently ranked Scandinavians as the most content people on Earth since 2012. Finland has been top for the last two years.

Denmark also came out on top in the European Social Survey, followed by its fellow Nordic nation Iceland.

High levels of happiness in these countries is thought to come from their generous incomes, long life expectancies and government support services.

Catalonia’s newfound status as being happier than Denmark may be met by surprise given its recent political unrest.

The northeast region of Spain captured global attention in 2017 when its drive for independence was met with a ban on such a referendum.

Catalonia’s pro-independence leaders issued a referendum on October 1, which was declared illegal by Spain’s constitutional court.

Spain’s national police were photographed beating voters, with politicians even being jailed.

Catalonia – which boosts Barcelona as its regional capital – is one of Spain’s wealthiest regions.

Before the Spanish Civil War it had broad autonomy, which was then suppressed by the military dictator General Francisco Franco.

When Franco died in 1975, the region was granted autonomy again.

A 2006 statute then granted even greater powers, with Catalonia being described as a ‘nation’.

But the 2008 global financial crisis, alongside cuts to public spending in Spain, created local resentment.

Many Catalans still feel the Spanish Government takes more in taxes than it gives back.

The separatist majority in the Catalan parliament declared independence on October 27 2017.

Madrid then dissolved parliament, sacked its leaders and called a snap election for December 21.

The Citizens (Ciudadanos) party, or Cs, got the biggest share of the votes, meaning Catalonia had to remain united with Spain.

In order for Catalonia to become independent in the future, it must first perform the tricky task of forming a coalition government.

This would affect Spain greatly, with Barcelona being a strong source of tourism and the headquarter for many businesses.

These nations are also said to have a strong community spirit, alongside attractive job security and positive working environments.

To test how happy the Danes really are, the researchers analysed the scores of 3,508 residents who completed The Warwick-Edinburgh Mental Well-being Scale survey.

The participants – aged between 16 and 95 – self-reported how many times they felt ‘loved’, ‘useful’ or ‘cheerful’ on a scale of one-to-five in the past two weeks.

Their scores were then compared against similar data from people in England, Iceland and Catalonia.

Results revealed that despite Denmark often being hailed as a utopia, Catalans actually scored higher on the wellbeing scale.

Across all the nations analysed, men reported being slightly happier than women.

Mental wellbeing also rose with age in all the regions but Catalonia.

While Scandinavia often comes out on top in global happiness studies, the scientists behind the latest research worry these do not factor in the struggles experienced by the nations’ minorities.

World Happiness Reports also tend to use Cantril’s ladder of life to measure happiness, which asks people to rate their life on a scale of the ‘worst possible’ to ‘best possible’.

Critics argue this can be heavily influenced by the state of the economy and is a poor proxy for wellbeing.

People who live in Nordic countries may also have a high level of eudaimonic happiness – the theory we are more content if our life has purpose and challenges.

However, hedonic wellbeing – the notion that increased pleasure and reduced pain leads to happiness – may be less consistent across Scandinavians, the researchers claim.

It is unclear why Catalonia came out on top, however, the researchers note it is ‘quite distinct’ from the rest of Spain, with ‘considerable differences in ethnicity, cultural values and economic conditions’.

WHY ARE SCANDINAVIANS SO HAPPY?

Nordic countries – Denmark, Finland, Iceland, Norway and Sweden – consistently rank highly in surveys of quality of life around the world.

They have dominated the top spots in the UN’s World Happiness Report since it began in 2012.

Meik Wiking, CEO of the Happiness Research Institute – based in Denmark – claims the countries ‘are doing something right in terms of creating good conditions for good lives.’

They are also said to have a good community spirit among the population, as well as strong job security and positive working environments.

Unemployment insurance – and work experience schemes to get people back into jobs – alongside child support also contribute to wellbeing.

Danish people, for example, pay high taxes – up to 51.5 per cent of their income for a high earner – and the money is reinvested in society.