Marilyn as you’ve never seen her before: Rare candid images of the actress reading a newspaper, napping and enjoying a glass of wine go on display at London gallery

Stunning rare photographs of Marilyn Monroe relaxing and enjoying a glass of wine have gone on display at a London gallery.

The selection of candid photographs of Marilyn, some which have never been seen before, were taken by young assignment photographer Ed Feingersh in 1955.

Feingersh was commissioned to document a week in the life of the actress at a pivotal moment in her career – when she was attempting to move away from the airhead actress image. 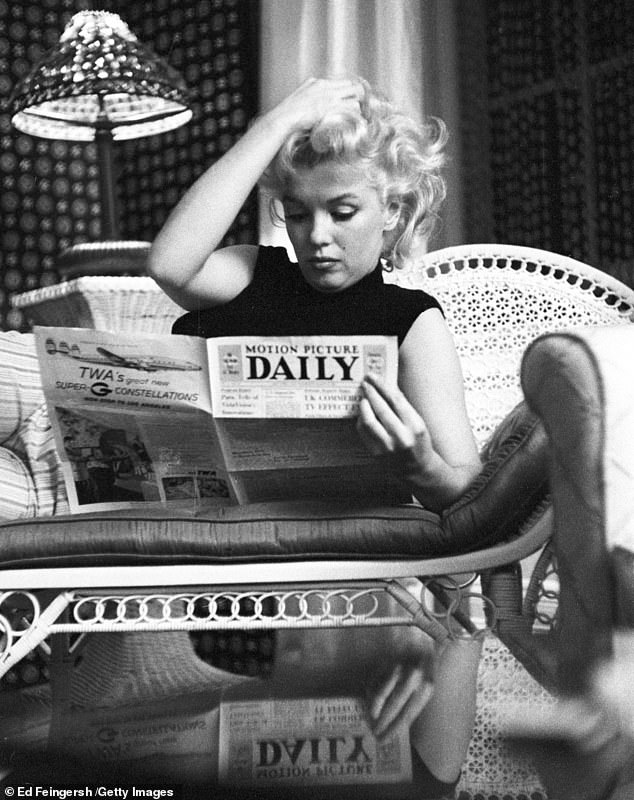 Stunning rare photographs of Marilyn Monroe relaxing at her hotel room in New York, reading a newspaper and enjoying a glass of wine have gone on display at a London gallery 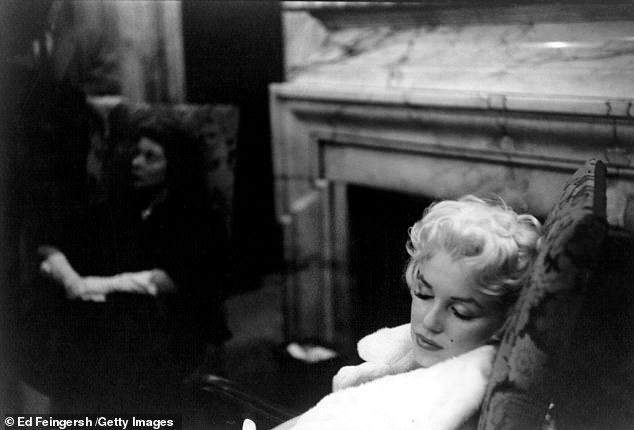 They were taken as she went about her daily routine during a week in March 1955 in New York City.

Marilyn was preparing for two public appearances that week – the opening night of Cat on a Hot Tin Roof at the Morosco Theatre and a charity event that she was part of in Madison Square Gardens, at which she appeared on a pink elephant.

Marilyn’s short but stellar life – she died in 1962 at the age of 36 – saw her make 29 films, pose for countless photographers and even sing on stage for the U.S. President.

But in these surprisingly intimate black and white shots, a far cry from her usual glamorous shots, Marilyn appears to be totally relaxed and at ease. 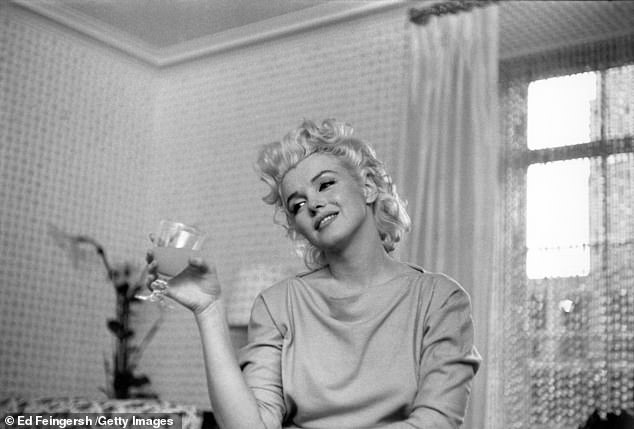 In this one Marilyn enjoys a glass of wine at her home in New York, March 1955 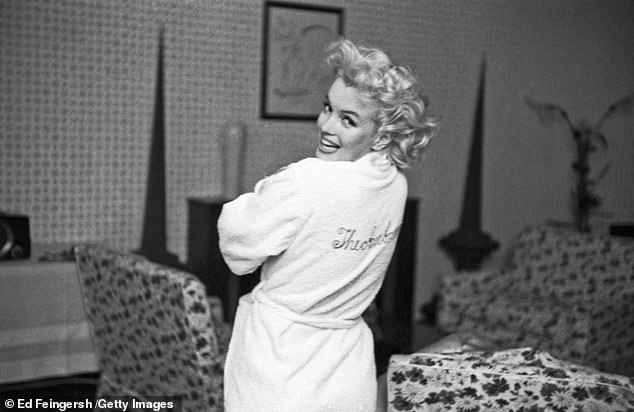 Marilyn wears an embroidered robe that reads ‘The Ambassador’ on March 24, 1955 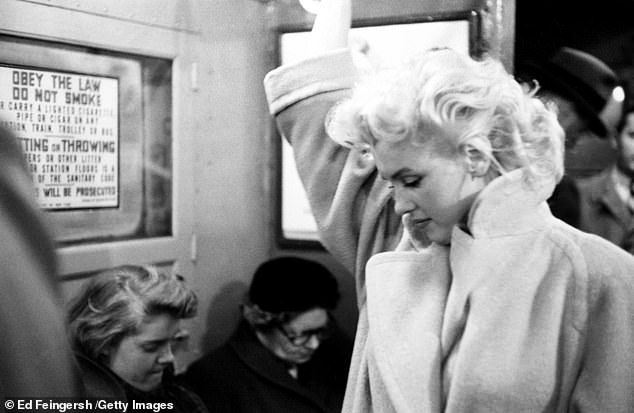 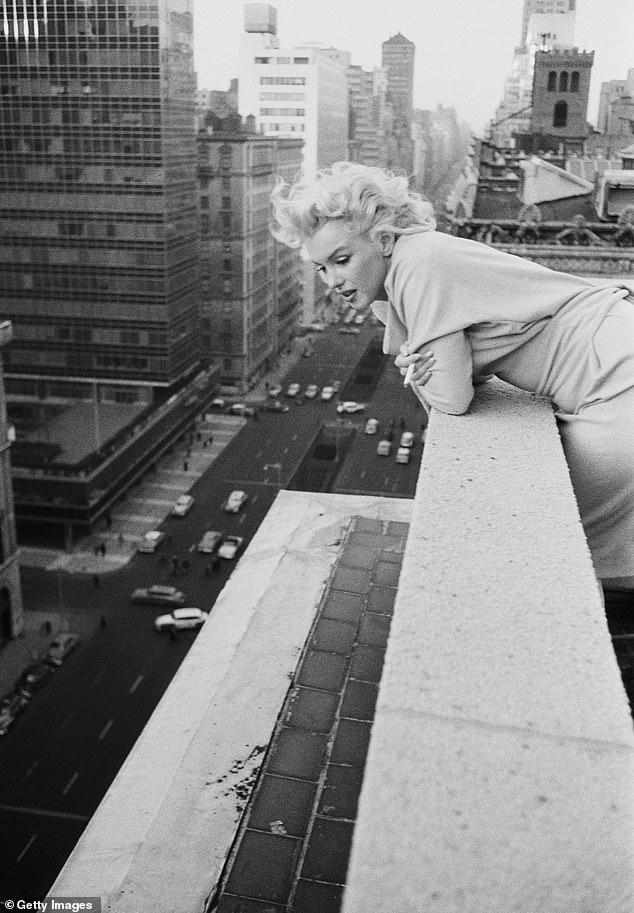 In one, she enjoys a glass of wine, in another she reads the newspaper, and in another she mischievously peeps at the camera as she attempts to blend in at New York’s subway.

The photos go on display today at Gallerie Prints in Wimbledon  in a unique collaboration with the prestigious Getty Images Archive & Gallery London.

A Week With Marilyn opens at Wimbledon’s Galerie Prints, in collaboration with the Getty Images Archive and Gallery London. 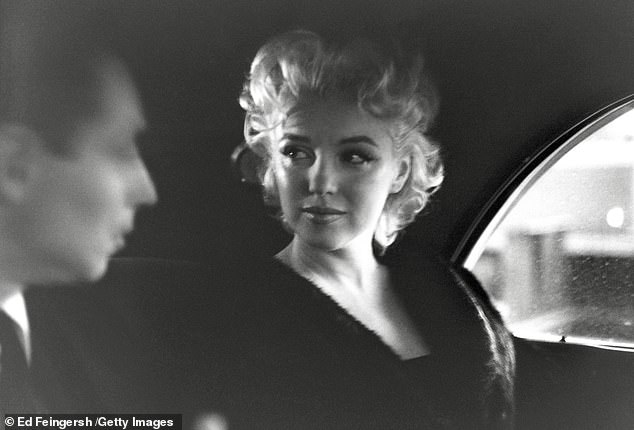 Actress Marilyn rides in the back of a car with Dick Shepherd on March 30, 1955 in New York 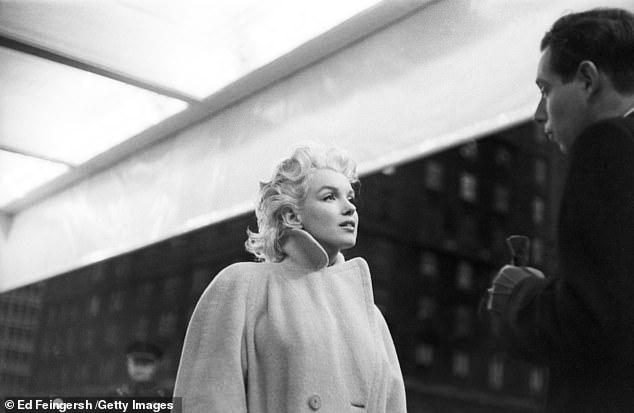 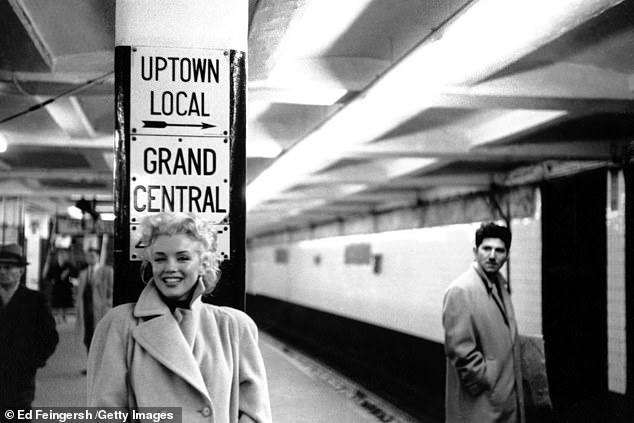 Marilyn’s short but stellar life – she died in 1962 at the age of 36 – saw her make 29 films, pose for countless photographers and even sing on stage for the U.S. President