The 10-year-old son of a BBC presenter who presents a podcast about living with incurable stage 4 bowel cancer has opened up about his fears for his mother after the death of her friend Rachael Bland.

Hugo James took to the radio studio with his mother Deborah James, 37, from London, on the latest episode of You, Me and The Big C, which Rachael co-presented before her death.

In this week’s episode, Hugo revealed his sadness over Rachael’s son Freddie, three, growing up without her, telling his mother: ‘Because you could, not to sound weird or anything, but you could die as well.

‘And I know that it would affect me greatly, and the fact that Freddie didn’t even know his mum is a bit sad.’

Deborah also asked Hugo how he felt about reading her book ‘F*** You Cancer: How to face the big C, live your life and still be yourself’, which she dedicated to Hugo and his sister Eloise, eight.

He replied: ‘I haven’t actually read it completely, but when I read the dedication I actually started crying because I found it really hard.’ 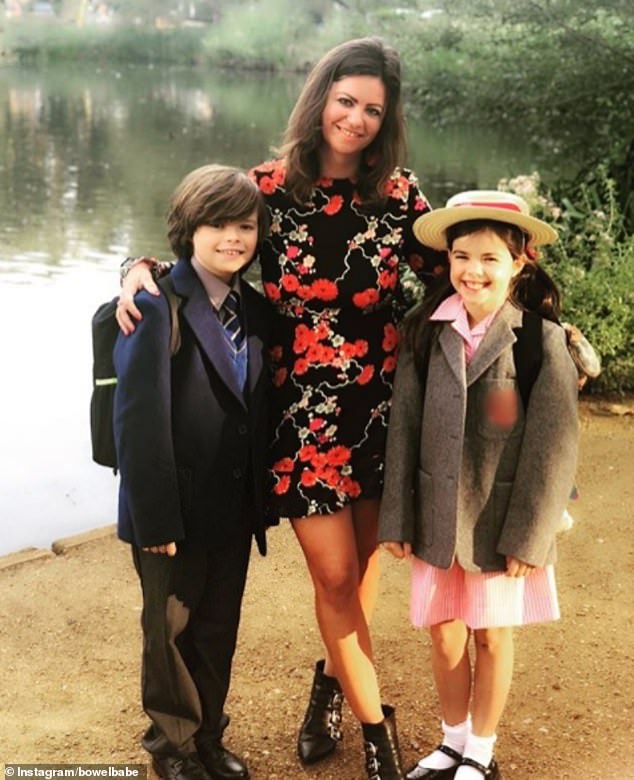 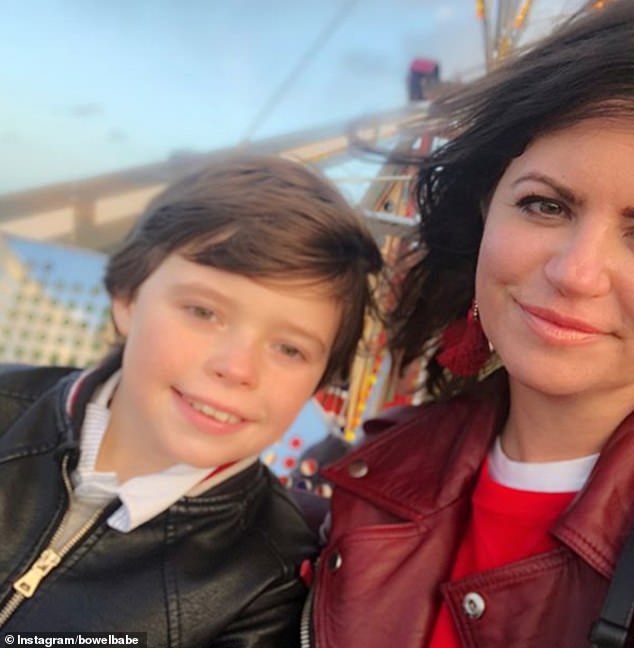 The ten year old bravely acknowledged that if his mother lost her battle to cancer, he would be ‘affected greatly’

Deborah went on to reveal that Hugo had taken the book along to secondary school interviews as an object that meant a lot to him.

And he added that although hearing his mother be so public about her incurable cancer was ‘a bit uncomfortable’, he found it helpful to know that other people understood what he was going through.

Deborah started the ‘You, Me and The Big C’ alongside fellow presenters Rachael Bland and Lauren Mahon to discuss life with cancer.

Through the podcast, Bland documented her cancer from first discovery, to being told it was incurable in May 2018, to finally being warned there were just days left. 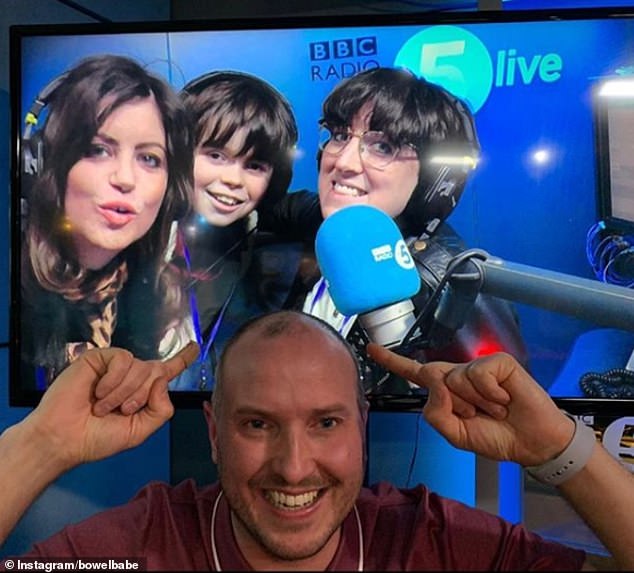 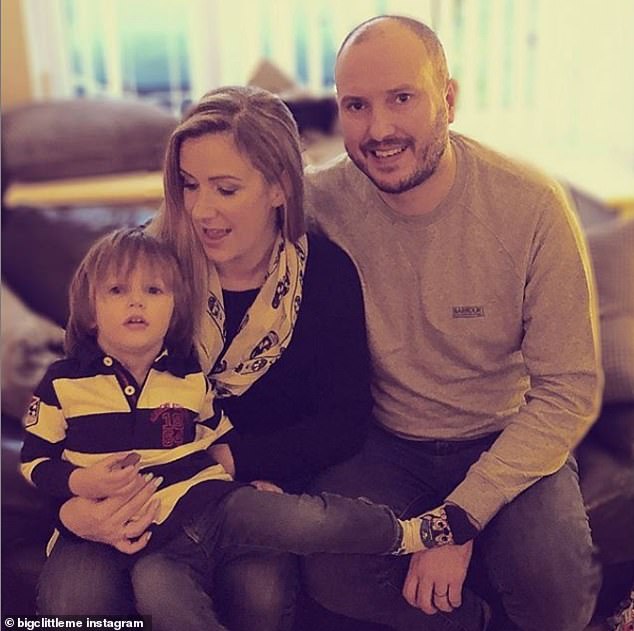 Rachael Bland, co-presenter of award-winning podcast You, Me and The Big C, which documented her battle with breast cancer, left behind husband Steve, 38, and their three-year-old son Freddie, pictured

She died at the beginning of September 2018 aged 40, following an inspirational two-year public battle with cancer.

The mother from Cheshire, who had triple negative breast cancer, moved thousands of people who hailed her bravery and dignity as she fought terminal illness.

Her husband Steve has since joined the podcast in her place.

Deborah has incurable stage four bowel cancer and was diagnosed at the age of 35 in 2016.

She continues to document her battle with the disease on Instagram and talks about it on the podcast. 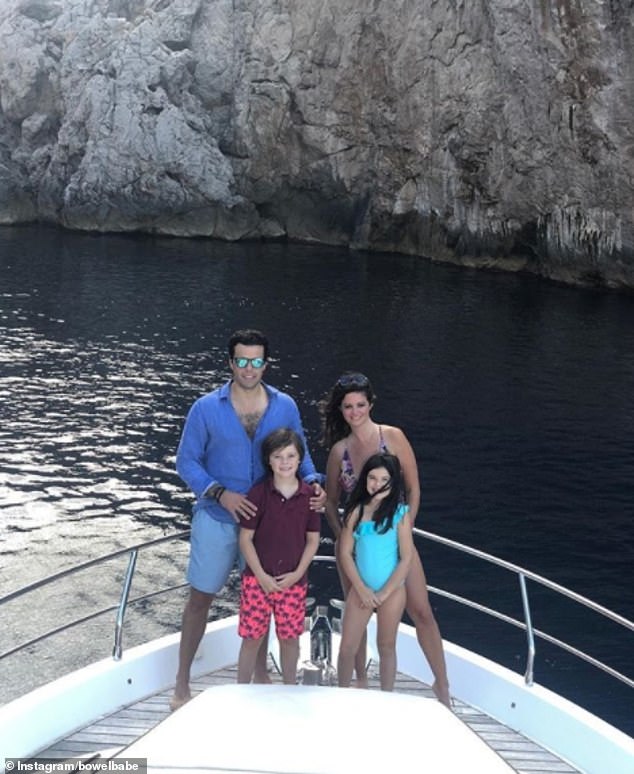 The James family pictured on holiday last summer. Deborah has been vocal about her battle with incurable bowel cancer

And Hugo said he was proud of his mother and praised her for being open with him about what she’s going through.

‘You were very open [about your cancer] so you kind of told me more than…I just got told a lot, so I could understand it,’ he said.

In a moving interview with the Mail on Sunday Deborah recently admitted that she’s decided not to die at home when the time comes.

What is bowel cancer?

Bowel cancer, also known as colon cancer or colorectal cancer, is a form of cancer in the large bowels, which are comprised of the rectum and the colon.

It is usually preceded by the growth of precancerous polyps in the bowels.

Bowel cancer risks include factors such as advanced age, inflammatory bowel diseases such as Crohn’s disease or ulcerative colitis and certain hereditary genetic disorders such as familial adenomatous polyposis. Diet and lifestyle are also thought to play a large role in the development of bowel cancer, with risks including the excessive consumption of red and processed meats, smoking, obesity, alcohol usage and limited physical activity.

It is typically diagnosed with a colon biopsy from a colonoscopy or sigmoidoscopy. Regular screenings to prevent bowel cancer are recommended for individuals aged 50 years and older.

Worldwide, it is the third most common form of cancer and is generally more common in the developed world. Bowel cancer is typically found more in men than women.

Symptoms of bowel cancer generally include:

Blood in the stool

Weight loss without any explanation

According to Cancer Research UK, all women (100%) and 95 out of 100 men with stage 1 bowel cancer are likely to survive their cancer for 5 years or more after they’re diagnosed.

‘After initially being adamant that I wanted my final days to be spent at home with my husband and children, that I don’t want to die at home,’ she explained.

‘It’s for them, more than anything, that I’ve made this decision. For now, anyway.

I worry that the sense of security and happiness they feel at home would be ruined if it became the place they watched their mother die. I don’t want that for them.

‘I want their home to remain a haven. It may not faze some people, but I know I’d find it unbearable if I were in my husband’s or children’s position.’