‘So many of you have been asking what I was wearing’: Bachelor in Paradise’s Bill Goldsmith takes a swipe at Alex Nation’s ‘sponsored’ wardrobe after he came under fire for his playboy ways

His playboy ways have made him the most disliked person on Bachelor in Paradise.

And on Friday, Bill Goldsmith took a swipe at Alex Nation on Instagram with a joke about a ‘sponsored’ wardrobe.

The 31-year-old shared a photo of his ensemble worn on Thursday, and copied the blonde’s caption on her own post about being inundated by messages from fans.

Taking a swipe: Bachelor in Paradise’s Bill Goldsmith took a swipe at Alex Nation’s ‘sponsored’ wardrobe, in an Instagram post on Friday

Friday saw Alex, 27, detail her red two-piece ensemble in a post shared to Instagram, having reportedly been flooded with messages from viewers.

‘Last night’s RC [rose ceremony] was hectic!! So many of you have asked for the details of what I was wearing, here it is,’ the single mother wrote, tagging the designer and stylist. 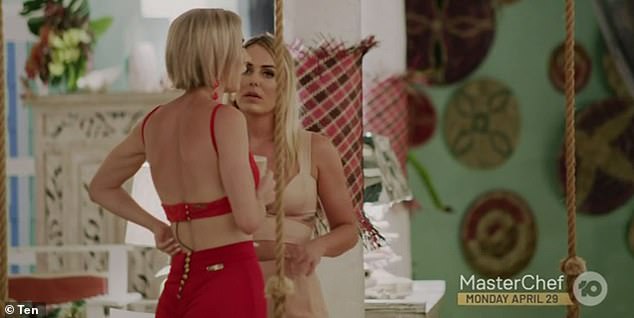 Playboy ways: Bill has come under fire for his two-timing ways. Alex is pictured with co-star Florence Alexandra, 29, who went on a date with Bill

In the photo, the plumber wore a blue button-up shirt with sunflowers and tan pants, and flashed his pearly whites.

Bill took a swipe at Alex’s ‘sponsored’ wardrobe in the caption which read: ‘Ps I’ve been DM’d [direct messaged] by so many of you asking what I was wearing’.

Alongside a laughing face emoji, the reality star added the hashtag ‘lookingforasponsor’.

Bill is certainly making his presence felt on the current season of Bachelor in Paradise, but not for the right reasons. 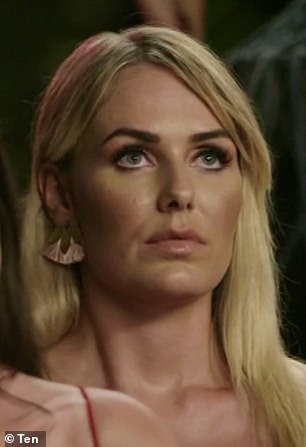 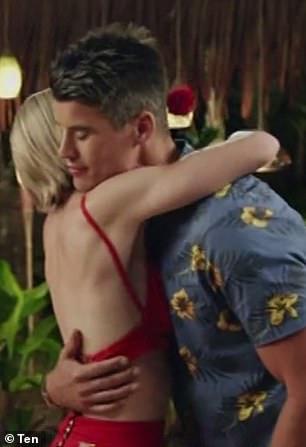 Betrayal: Bill two-timed the women, ‘promising’ Florence his rose, before giving it to Alex, on Thursday night’s episode

His playboy ways led to both Alex and Florence Alexandra, 29, turning against him on Thursday night’s episode.

After two-timing the women, Bill came under fire as it was revealed that he ‘promised’ Florence his rose, before giving it to Alex.

‘I just think that Bill is the biggest s***. I feel deceived, betrayed and I don’t know why men like to tell me things that they don’t mean.’

Doubting him, the episode ended with Alex saying: ‘I’m not an idiot, there’s definitely more to this… what the f*** was that about.’ 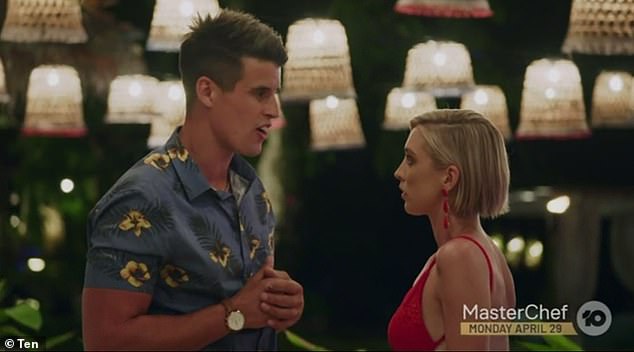 ‘I’m not an idiot, there’s definitely more to this’: After having confronted Florence, Alex found it hard to believe that Bill was so innocent