Appearing on today’s Lorraine to discuss the memoir she wrote for their son Freddie, three, before her death, he revealed that the youngster is coping well, but hasn’t fully grasped that he’s lost his mother.

‘He doesn’t understand anything about what’s happened. He still speaks about Rachael in the present tense,’ Steve explained.

‘When he is sort of five, six, seven, maybe I’ll start to read bits to him, when he starts to have some sort of grasp on what’s happened,’ he said.

He added: ‘He started pre-school the week after she died. He’s come on leaps and bounds. He’s a really happy little boy full of mischief and adventure. 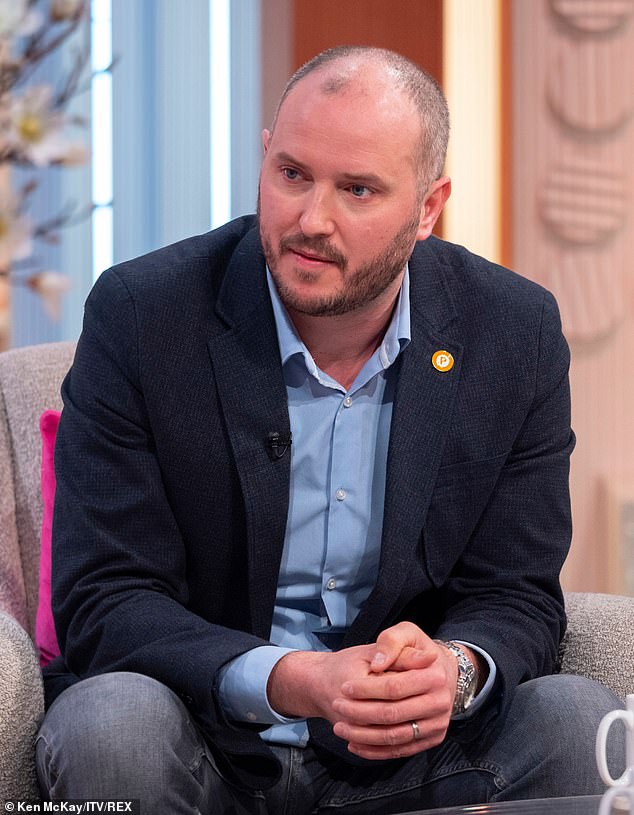 Steve Bland, pictured on Lorraine this morning, has revealed that Freddie, three, doesn’t understand that his mother Rachael passed away 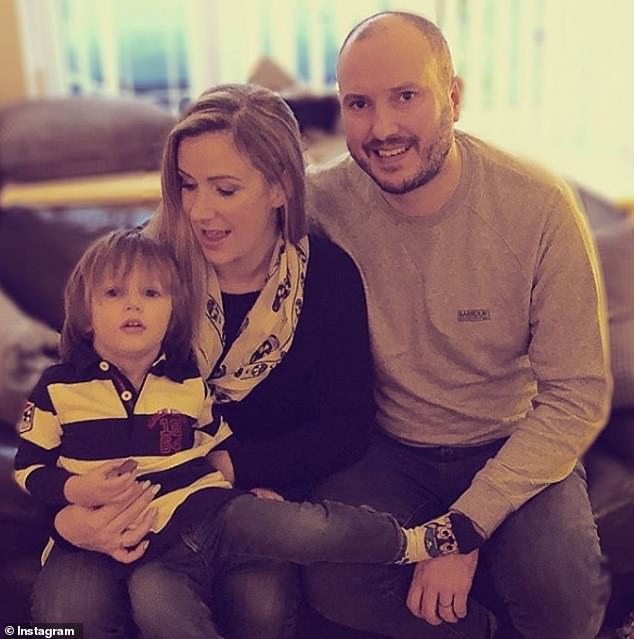 Rachael penned a memoir for her son Freddie, pictured together with Steve in December 2017, to share with him her experiences before he was born and words of advice 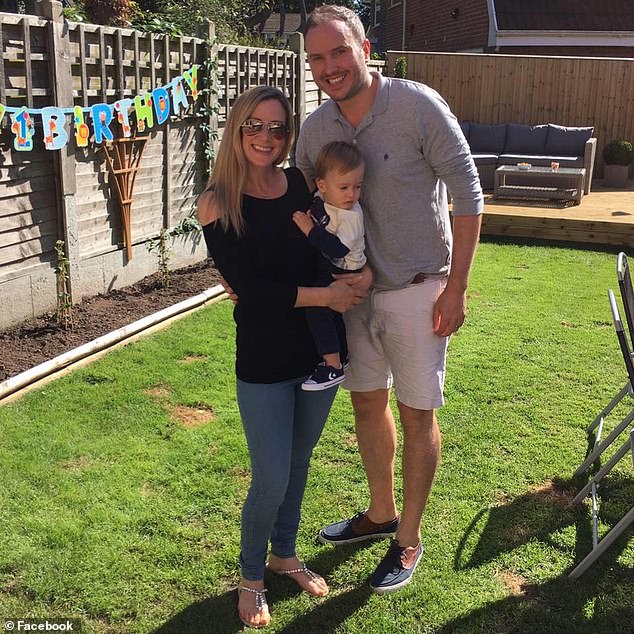 ‘That’s what I’ve been told, his grief will come and go and it’s probably when he’s four, five or six we will start to see more how it’s affected him.’

Rachael began to write the book at the end of June last year, with the intention of documenting her life before she had her son Freddie, the advice and memories she wanted him to treasure, and her parting words.

Between the end of June and her death at the start of September, she wrote 85,000 words, which Steve says show off her personality, humour, and spirit.

He added: ‘It’s not angry, it’s not bitter, there’s no resentment. It’s all of her personality and humour and spirit. It’s not about cancer, it’s not a sad book, it’s a happy book.’ 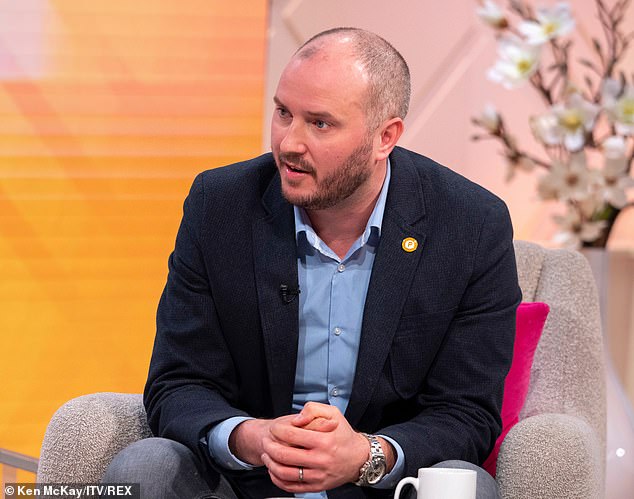 Speaking about the booked, titled For Freddie, today, Steve said: ‘It’s not angry, it’s not bitter, there’s no resentment. It’s all of her personality and humour and spirit. It’s not about cancer, it’s not a sad book, it’s a happy book’ 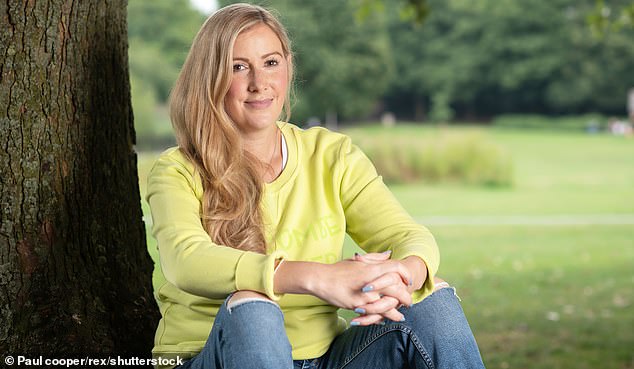 Rachael died six months ago at age 40 following a two-year battle with primary triple-negative breast cancer. Before her death she launched the podcast You, Me and The Big C, which documented her journey

Steve admitted that at the time Rachel was writing her memoir, it was ‘painful’ and ‘heartbreaking’ to watch her commit her feelings to paper. 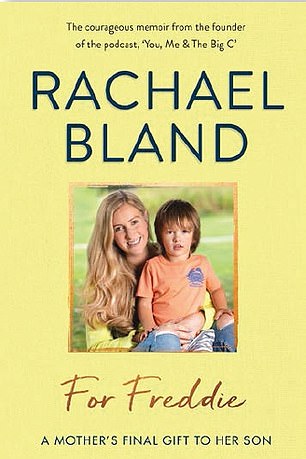 Steve added: ‘It was painful reading it while she was writing it. It was heartbreaking to see her have to write that sort of thing. But I’ve read it so many times now… now I want to smile when I read it’

‘But I’ve read it so many times now… now I want to smile when I read it,’ he said. ‘I hear her saying the words to me. It’s beautiful,’ he said.

Just six weeks after she passed away, the podcast won the Best New Show award at the Audio, Radio and Industry Awards (ARIAs).

Speaking so openly about her diagnosis and struggles with her husband helped him cope with her premature death.

He added: ‘It’s a big hole that will never be filled obviously. We will be just fine, we told her we would be fine, so we will be.

‘Because we had talked so openly about it. I felt as ready as you can ever be.

‘Now we are six months on, some of the things that made me cry are making me smile now, her favourite song, watching clips like we’ve just done… it’s nice hearing her voice. makes me very happy to hear her voice and see her face.’ 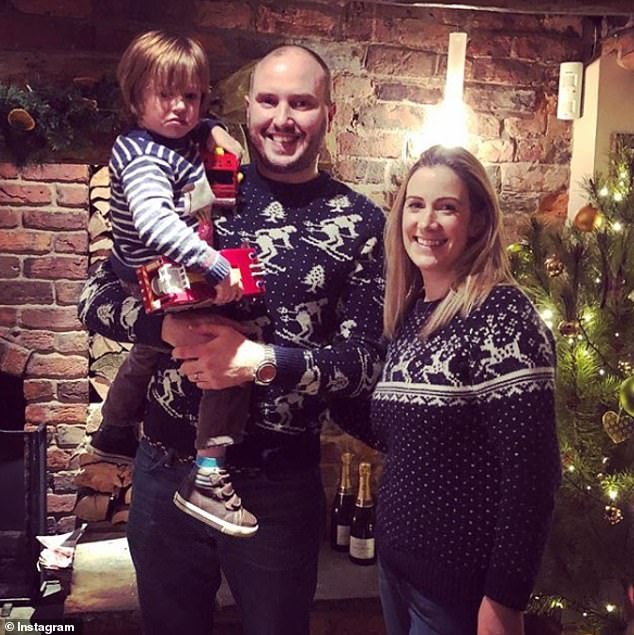 Freddie is coping well, and even started pre-school just the week after she died. Steve said the toddler has come on ‘leaps and bounds’ and is full of adventure

‘Putting the Can in Cancer’: Rachael Bland’s battle with deadly disease

November 22, 2016: Rachael Bland is diagnosed with primary triple-negative breast cancer that had spread to four lymph nodes under her right arm

December 28, 2016: She begins four and a half months of chemotherapy

May 2017: She has a lumpectomy and auxillary node clearance

July 2017: The mother-of-one undergoes a mastectomy

August 2017: Bland has a re-excision of her lumpectomy and starts 15 sessions of radiotherapy

October 2017: CT and biopsy shows cancer had spread to the lymph nodes under her arm on the opposite side to the primary cancer

May 2018: She is told the cancer is terminal and she has ‘less than a year to live’

September 2018: Bland announces she has just days to live in a poignant social media post before passing away