‘I proposed to her in the back seat of my car’: Australian couple leaves host James Corden stunned after revealing their VERY raunchy engagement story on The Late Late Show

An Australian newlywed couple have left comedian James Corden stunned after they revealed their very raunchy engagement story on his show.

Melbourne couple Matt and Marissa – who were enjoying their ‘belated honeymoon’ in LA after tying the knot in September last year – appeared on The Late Late Show with James Corden last week.

During the ‘None of the Above’ segment, James invited Matt on to the stage where he played out what really went on behind their ‘hot-and-heavy’ proposal.

‘How did you propose to Marissa?’ the host innocently asked, in which Matt responded: ‘This is the worst way to do it… at the back of my car.’ 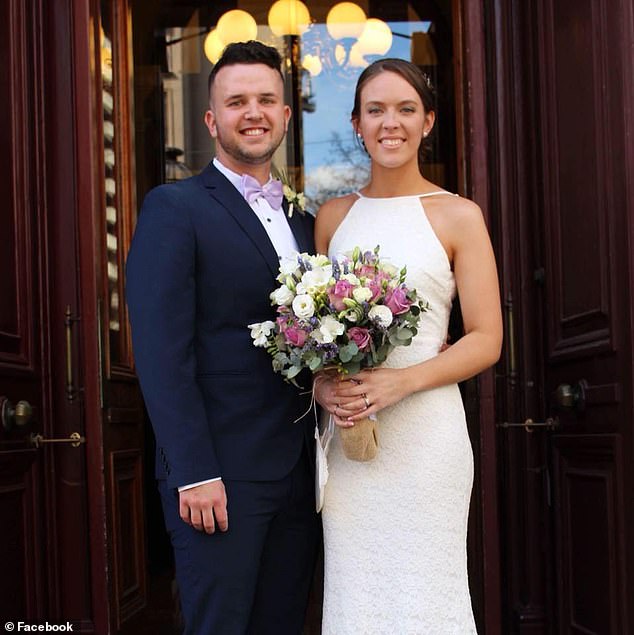 Clearly confused, James asked: ‘Hang on, I have so many questions. It’s your car, why are you both in the back?

Matt replied: ‘We were waiting for a movie to start. It’s hard to ask while you’re in the front seat. You’ve got to be close, you’ve got to be holding hands.’

Refusing to believe his story, James – who couldn’t contain his laughter – continued to press Matt: ‘How big is your car? So hang on, you pull up… I’m assuming you’re at a drive-thru movie?’

Matt explained the couple had parked their car in a ‘fruit picking area’ of a ‘farm’.

Matt explained: ‘No, it was before the film. We went there to eat… It’s… it’s a long story,’ to which James screamed: ‘No it’s not… I’m interested to know.’ 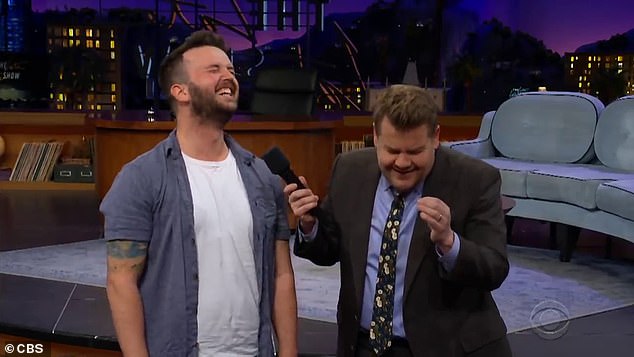 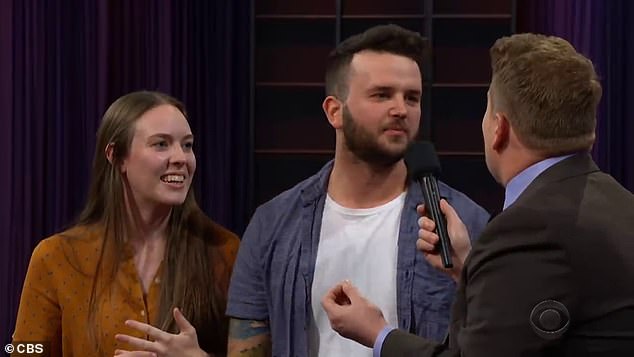 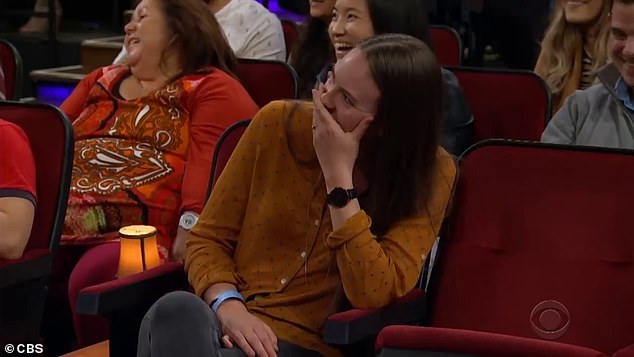 Still puzzled by the scenario, James called Marissa – who broke into hysterical laughter in her seat – up on stage for a better explanation.

She then explained: ‘In a nutshell, we live in a bushy kind of estate so we have a winery kind of area so we went there, we were in the back seat.’

James continued: ‘So hang on, you’ve driven to this place, you’ve said “let’s go and pick some fruits” which I’m assuming is true and a euphemism… You’ve eaten, you’ve said “when’s the movie start”, to which Marissa responded: ‘We’ve got time…’

The crowd erupted into laughter, as James asked: ‘I don’t want to know what happened in the back… but then you thought “this is the moment I should propose”.’

Matt explained how he couldn’t get down on one knee, so he decided to pop the question anyway after pulling the ring out – and Marissa said ‘yes’.

James added: ‘So you said “yes” and [Marissa is] completely happy but you [Matt] thought: “I better take her on a damn good honeymoon to make up for this?’