This is the moment a one-year-old boy heard his mother’s voice for the first time.

Just after his first birthday, he underwent a nine-hour procedure to receive cochlear implants at Our Lady of the Lake Hearing and Balance Center in Baton Rouge, Louisiana.

On Tuesday, after four weeks of recovery, his implants were activated.

His mom, Jill Hudson Gill, shared a video of the moment, as Tucker giggled and squealed, touching his parents throats to feel the vibrations as he always had, while hearing them speak to him.

‘We’ve waited for this day for so long! Tucker’s cochlear implants were turned on this morning and I couldn’t pick just one favorite moment,’ Gill wrote.

Speaking to Storyful, she said: ‘Our whole family was able to be there as he heard his first sounds and it was overwhelming in the best way.

‘He’s silly, mischievous, always happy, and makes friends with every person he meets.

‘We are already having so much fun watching him experience new sounds every day.’

Cochlear implants are small electronic devices which have two parts. One sits behind the ear, while a second is surgically placed underneath the skin.

The devices can’t restore normal hearing, but they can help a deaf person understand speech better.

Implants bypassed damaged parts of the ear and directly stimulate the auditory nerve.

These signals are then sent to the brain, which recognizes them as sound.

Tucker may be able to hear now, but his mom says their family will maintain strong ties with the ASL (American Sign Language) and deaf community which they have grown so close to in the past year.

They are continuing to attend classes to practice the language, and taking part in support group events. 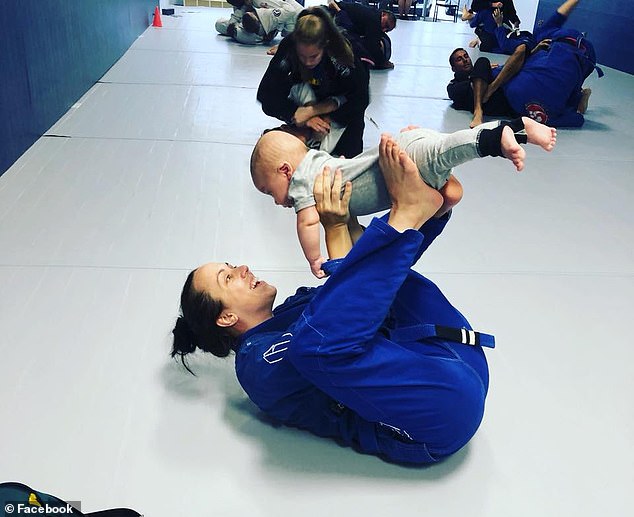 Tucker may be able to hear now, but his mom says their family will maintain strong ties with the ASL (American Sign Language) and deaf community which they have grown so close to in the past year 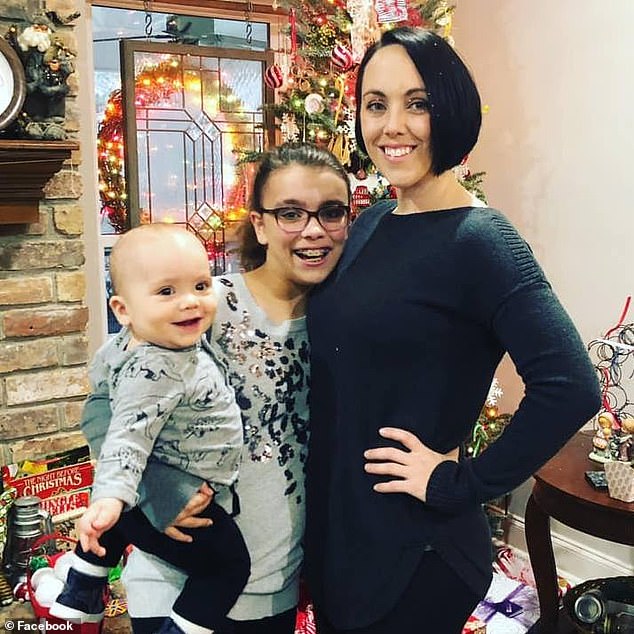 Their whole family, including his older sister who is not deaf, is continuing to attend classes to practice sign language

‘I want him to be confident and proud of who he is as a deaf person,’ Gill wrote on Facebook.

‘I want him to have options. His deaf identity is something I’ll never truly be able to understand as a hearing person, so I never want him to feel like he’s forced to fit into the hearing world.